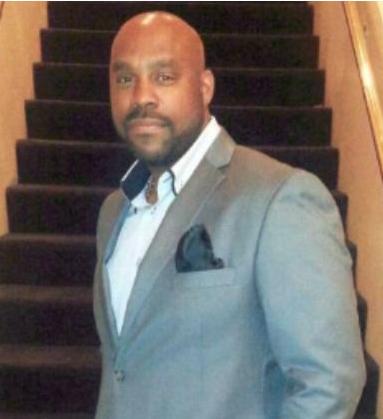 When a Baton Rouge woman stands trial in the 2015 poisoning death of her live-in boyfriend, prosecutors want the jury to know they have compelling evidence that they say points to her killing her husband in 2016.

Meshell Hale, 51, is charged with first-degree murder in the June 2015 death of Damian Skipper in Baton Rouge, but she hasn't been charged in the suspicious March 2016 death of Arthur Noflin Jr. in New Orleans.

A woman who collected $10,000 in life insurance proceeds after the 2015 death of a Baton Rouge man she claimed to be married to was indicted W…

In a request to introduce evidence of other crimes at Hale's murder trial, prosecutor Dana Cummings argues that "the murder of Arthur Noflin constitutes an integral act in the murder of Damian Skipper because it is so intertwined with the offense charged that the state could not accurately present its case without reference to it."

Her attorneys have not yet filed an opposition to that request, but the lawyers said in a statement that the District Attorney's Office's request would allow a jury "to conclude that, 'where there's smoke, there's fire,' which is exactly what a fair jury trial is designed to prevent."

"If the state gets what it is asking … and is allowed to offer evidence related to the New Orleans case into the Skipper trial, there is a very real and substantial risk that the jury will be misled," said former prosecutor John Russell, one of Hale's attorneys.

He added, "They could easily be lured away from a fair and objective assessment of the actual evidence and into a false belief that Ms. Hale committed the homicide in New Orleans; therefore, she's guilty of the homicide in Baton Rouge."

Joel Porter, who also represents Hale, said it's obvious to him the state "does not have confidence in their so-called evidence in the Skipper case."

A woman accused of fatally poisoning her live-in boyfriend three years ago in Baton Rouge isn’t a “black widow” or a killer, a lawyer who is c…

"Otherwise they would not be seeking to introduce evidence of other crimes," he added. "There is no other crimes evidence because Ms. Hale is not guilty of any crime."

District Attorney Hillar Moore III said Friday the state is confident in its case against Hale and looks forward "to trying this case before a jury and not the media."

"The state intends to use all legally admissible evidence to assist the jury to understand the full scope of relationship between the facts of the murder case charged as well as other uncharged but intertwined behavior of this defendant," he said.

Moore noted that the law allows the use of uncharged evidence of other crimes, and he said the state intends to use that conduct in its case against Hale if the court grants the state’s request.

Skipper, 41, died June 30, 2015, after being treated for extreme abdominal pain and related symptoms the week prior to his death. It was believed he died of a heart attack, and he was buried without an autopsy.

After Skipper died, Hale claimed she and Skipper were married and ultimately collected $10,000 in life insurance proceeds, Cummings has stated in court documents.

"Damian's death was only investigated by law enforcement after the suspicious death of Meshell Hale's actual husband, Arthur Noflin, and the resulting investigation revealed compelling evidence that Meshell Hale killed both men," Cummings alleges in the state's notice of intent to introduce evidence of other crimes.

Noflin's truck was discovered burning shortly before 11:30 p.m. on March 18, 2016, on Forstall Street in New Orleans' Lower 9th Ward. His body was found on the floor between the front and back seats.

Detectives learned that Noflin, 42, was at Hale's Stoney Creek Avenue residence in Baton Rouge the day of his death. They also learned his truck passed a license plate reader on Interstate 10 East in LaPlace less than two hours before the vehicle was found, Cummings said in the notice of intent.

A Jeep Patriot traveling two seconds behind Noflin's truck was rented by Nina Alexander, who was in a domestic relationship with Hale's daughter, Dominique Hale, according to the prosecutor.

"These Bing inquiries and most of the barium acetate purchases were prior to Damian's death," she said in the notice of intent. "Investigators further learned that there is no legitimate household use for barium acetate and it is a lethal poison."

Cummings said there were other "nefarious searches" on Hale's electronics after Skipper's death but before Noflin died.

"Just a few of the phrases searched the week of Arthur's death are: `heart stopping drugs,' `Can flex straps be used as handcuffs' and `best way to conceal strap marks,' " the prosecutor alleges.

Detectives further learned that Noflin was hospitalized twice after Skipper's death with the identical symptoms experienced by Skipper during the week prior to his death, Cummings said, and during Noflin's second hospitalization he had to be revived twice by hospital staff.

Investigators learned as well that the month after Skipper died, Noflin's will was changed to make Hale the sole beneficiary of a $750,000 payoff, Cummings said.

Skipper's body was ultimately exhumed, and the East Baton Rouge Parish Coroner's Office classified his death a homicide after determining he died of barium poisoning.

The Orleans Parish Coroner’s Office conducted an autopsy on Noflin’s body, which showed no signs of trauma, and determined he did not inhale any smoke, meaning he was dead before his body was burned.

Hale, who is being held without bail in the Skipper case, remains under investigation in Noflin's death. The cause and manner of his death remain unclassified.