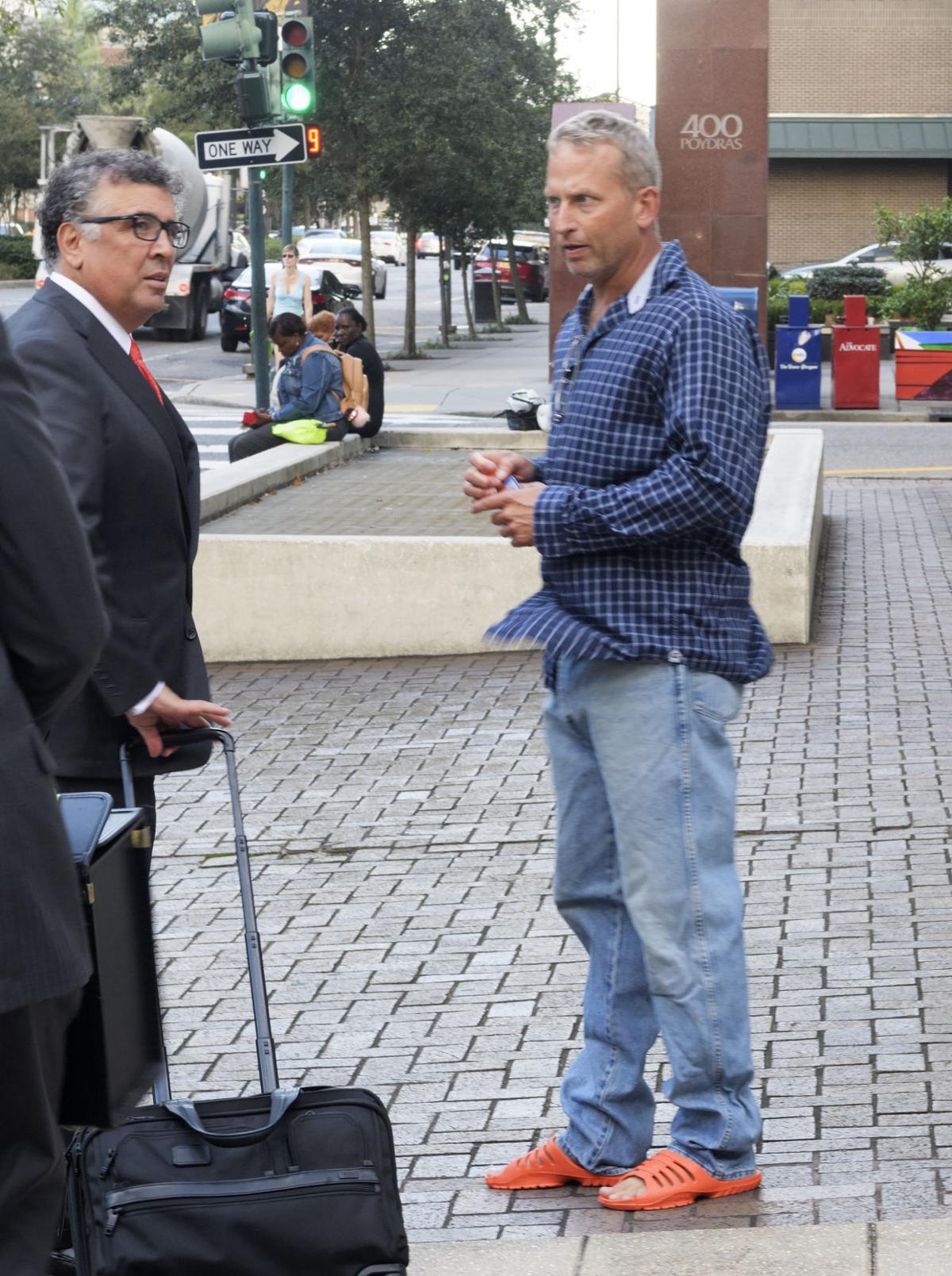 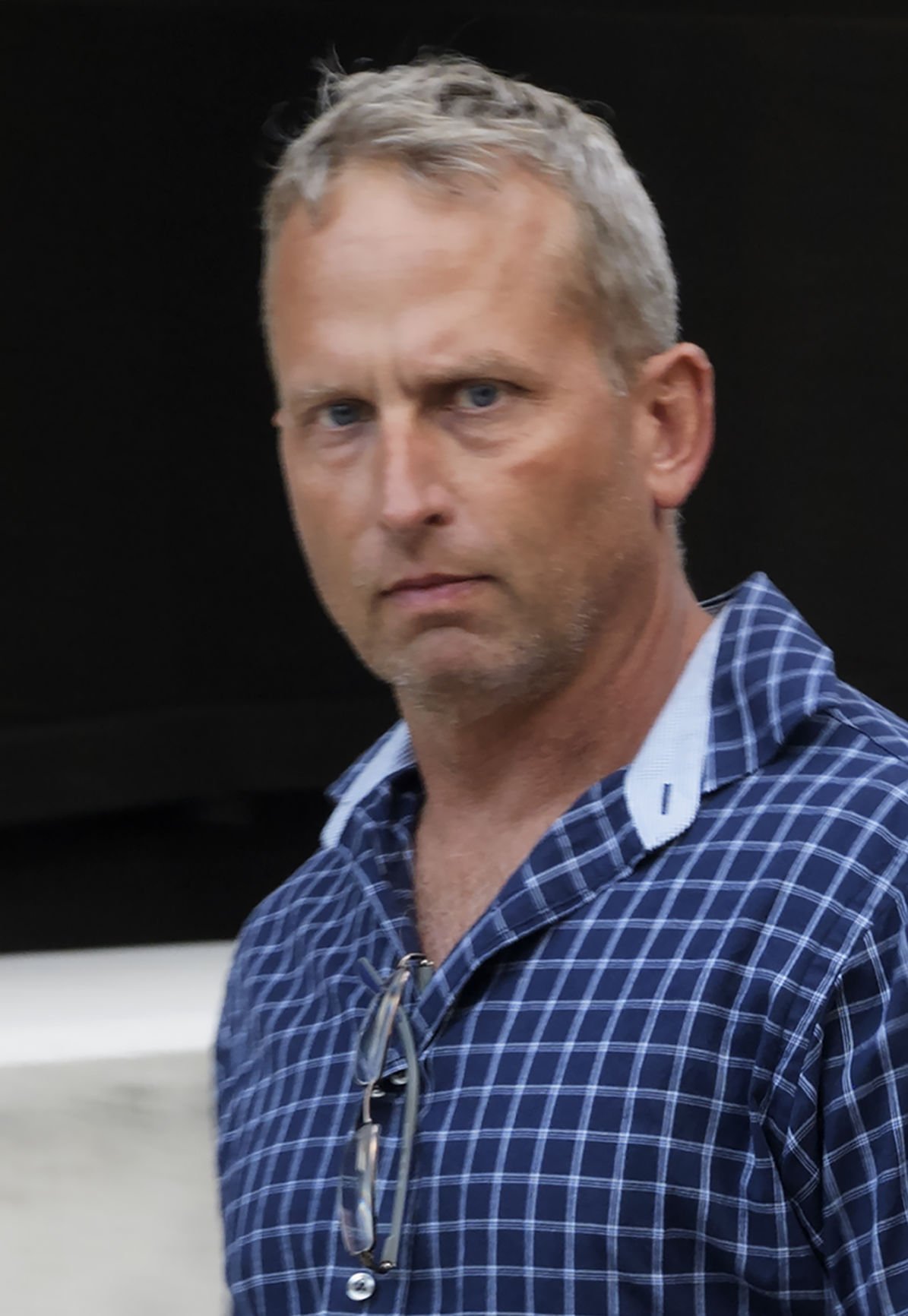 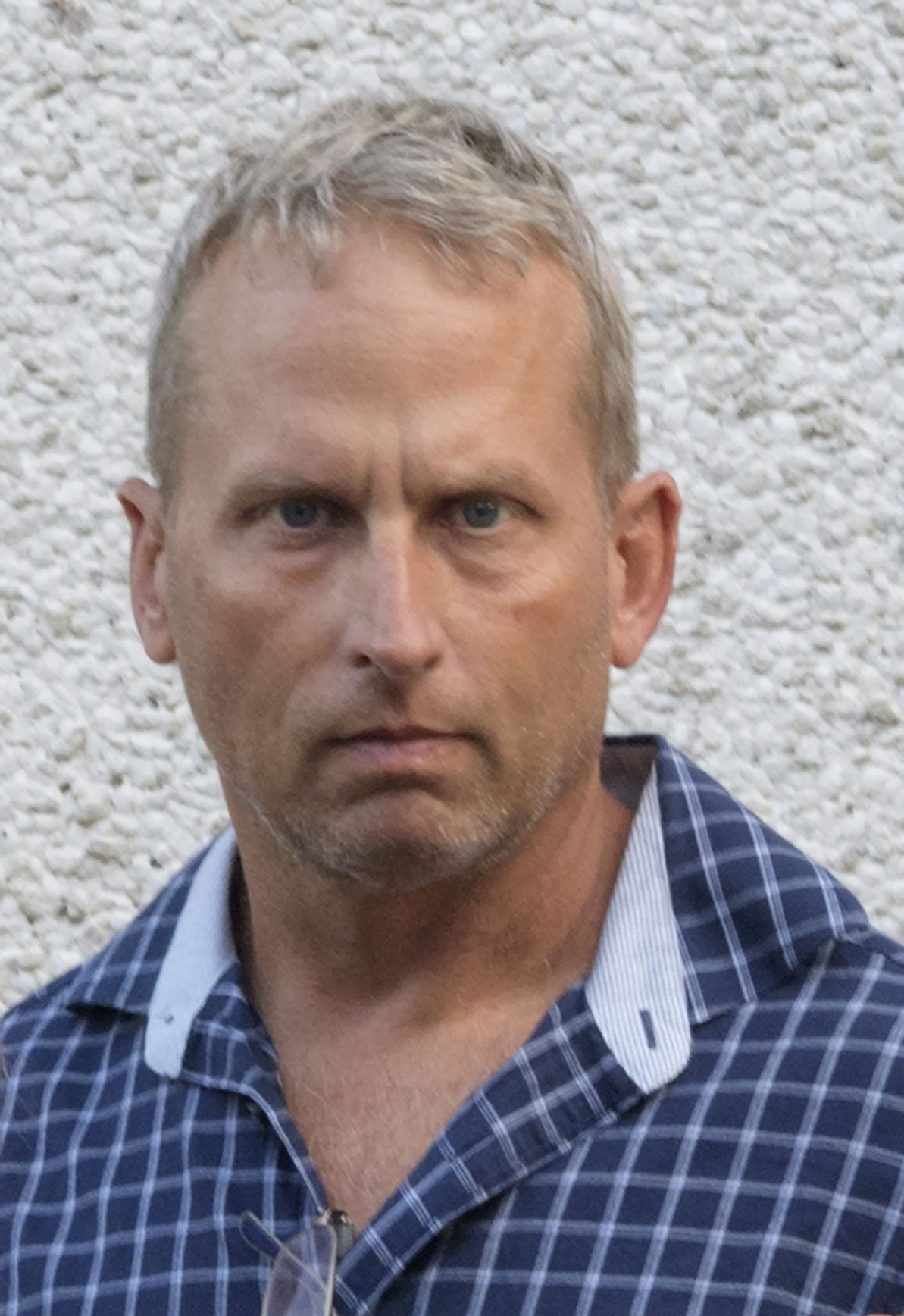 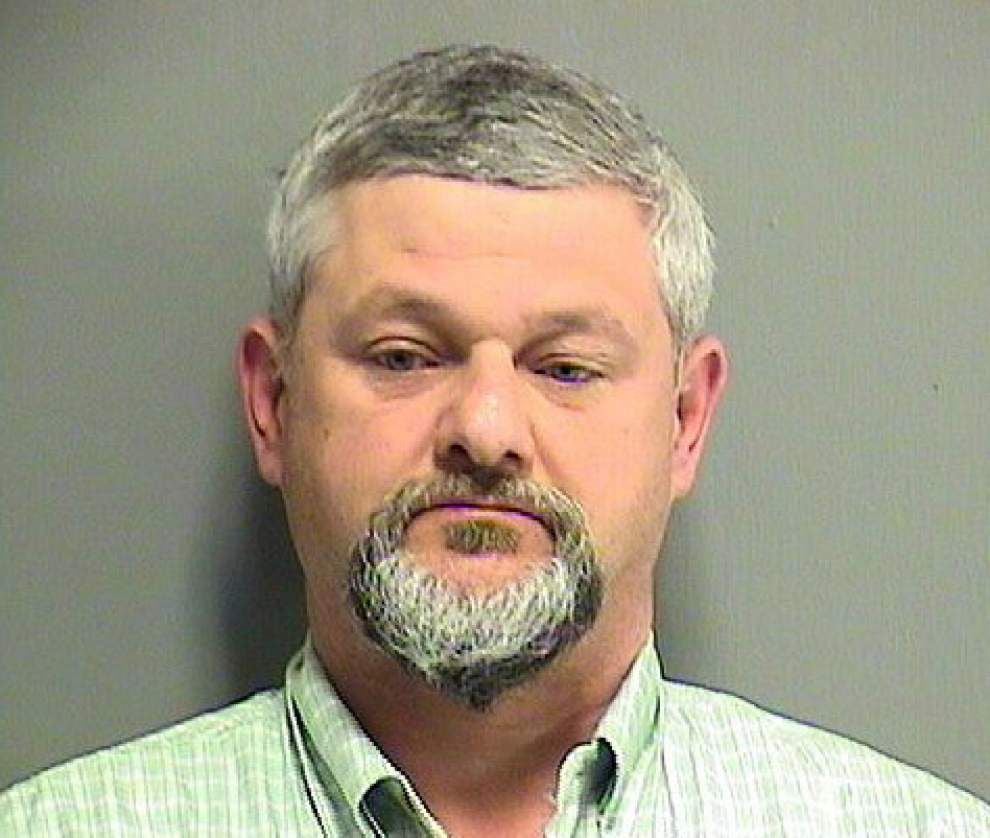 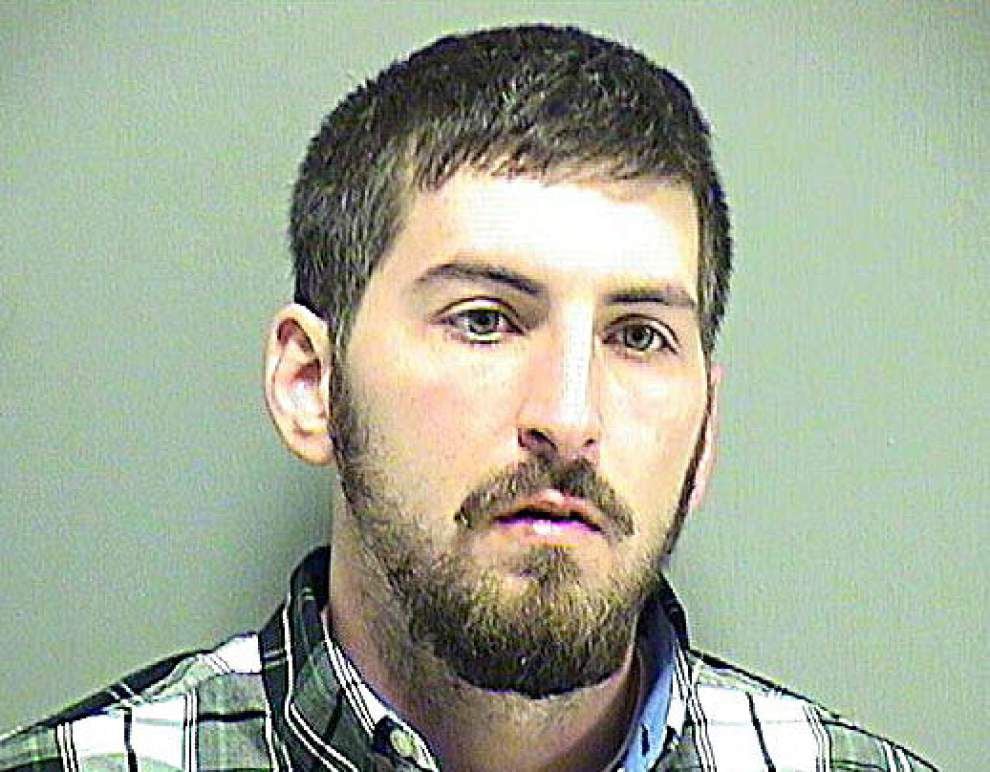 Early last year, a federal jury in New Orleans convicted two men in a drug-trafficking scheme that could have been ripped from a script for "Narcos," the popular Netflix crime drama.

One key witness, a government informant, told jurors he still lies awake at night sometimes hearing the screams of a man he fatally shot years ago at a federal prison in Monterrey, Mexico — an execution ordered by the leader of the Beltrán Leyva cartel.

The Houston-based ring moved millions of dollars worth of heroin and cocaine from the Mexican border to Baltimore, smuggling drugs through Louisiana in cars retrofitted with secret compartments that would only open when the brake was pressed, the air conditioner was on and the radio was tuned to 89.9.

A federal prosecutor described the enterprise as "big business, from the top to bottom," acknowledging the case rested on the word of other drug traffickers who signed plea agreements hoping to reduce their own prison sentences.

"We live in a culture where telling the truth is of utmost importance," Assistant U.S. Attorney Jeffrey Sandman said in closing arguments, imploring jurors to believe the government's narrative over the "fiction" espoused by the defense.

Sandman's argument was persuasive: Jurors convicted the defendants, Jorge Perralta and Paul Norris, of drug trafficking. Both were facing at least 10 years in federal prison.

But in hindsight, Sandman's closing was dripping with unintended irony. Perralta and Norris recently walked free after prosecutors asked a judge to dismiss their charges, on the grounds that the four-day trial was tainted by false testimony coerced by federal agent Chad Scott, the lead Drug Enforcement Administration investigator on the case. Scott was recently indicted on 10 counts of misconduct, including perjury and obstruction of justice.

Half of the charges against Scott stem from those January 2016 proceedings. And while the defendants in that case eventually walked free, prosecutors told a magistrate judge recently that the massive amount of narcotics involved in the drug-trafficking conspiracy — more than 10 kilograms of heroin — will factor into Scott's potential sentence; he faces 14 to 17 years if convicted as charged.

"He betrayed his oath as a law enforcement officer," Antonio Pozos, a Justice Department prosecutor, said at Scott's second court appearance this month.

Scott is scheduled to go to trial Dec. 4. His defense attorney, former federal prosecutor Matt Coman, did not respond to a request for comment for this article.

The government's dismissal of such a significant drug-trafficking case highlights the continuing fallout of a scandal that has affected dozens of cases, some still pending and some closed, with a parade of defendants challenging their charges on the grounds that Scott and several of his colleagues can't be trusted, by the government's own admission. Two other lawmen who served on Scott's DEA task have pleaded guilty or are expected to plead guilty to federal charges of stealing drugs and cash from suspects, while a fourth former task force officer has been charged with conspiracy and theft of evidence, among other counts.

"There may very well be many criminal convictions that have to be undone as a result of what these guys did," said Michael Avery, a professor emeritus at Suffolk University's Law School and an expert on police misconduct. "There's a natural disinclination to bring any kind of criminal charge against a law enforcement officer for this reason."

By charging one of its own agents with lying on the witness stand as well as coaching other witnesses to fabricate testimony, the government has opened what amounts to a Pandora's box. Scott, known as an extremely productive agent, arrested hundreds of suspects during his nearly two decades with the DEA, and many have come forward in recent months with allegations of misconduct. For the Justice Department, charging Scott with perjury is especially painful, in that it could undermine dozens of the agent's earlier investigations.

"It's just perfect fodder for defense counsel to challenge pending indictments as well as to question prior cases involving that agent," said Harry Rosenberg, a former U.S. attorney in New Orleans. "It's not just the active cases. It's the cases that occurred years before."

The Justice Department revealed this month that its inquiry of Scott's task force went back "decades," producing more than 200 gigabytes of data and "925,000 discrete records" it intends to hand over to the defense in discovery. Before joining the DEA, Scott worked for several years as a Tangipahoa Parish Sheriff's Office deputy.

"The government's investigation in this matter is ongoing, including continuing investigations of third parties," Pozos wrote in a court filing.

Even if Scott is acquitted — he vehemently denies the allegations and has pleaded not guilty — his indictment has already had a significant and irreversible impact on the federal courts in New Orleans. In some cases, defendants who pleaded guilty to felony charges have been released from custody, often in anticipation of a defense challenge attacking Scott's credibility.

In February, for instance, the Justice Department dropped weapons and drug charges against Ryan Binner, a man who pleaded guilty to selling methamphetamine to Rodney Gemar, a Hammond police officer and DEA task force agent who was indicted with Scott earlier this month.

The ripple effects aren't limited to federal court. Scott Perrilloux, district attorney in Tangipahoa Parish, said his office is reviewing dozens of cases, both closed and open, that were investigated by the Scott-led task force. And, he noted, the prosecution of Raines and his co-defendants has been complicated by the task force's involvement.

As the Justice Department reviewed Scott's cases, dozens of defendants were forced to cool their heels while the secretive investigation played out. Many have been offered favorable plea deals, getting far less time than they had originally faced under federal sentencing guidelines.

One defendant, Daton Yancy, of Atlanta, said he got increasingly impatient after being charged in a drug conspiracy involving more than 5 kilograms of cocaine. Yancy faced at least 10 years and up to life behind bars on the conspiracy charge that he said was trumped up by a Scott informant. Instead, federal prosecutors offered him two years — a sentence he largely served while awaiting trial — in exchange for his guilty plea to conspiring to distribute cocaine.

Chad Scott, a federal narcotics agent who made a name for himself with a series of major dru…

"The DOJ was telling us that if we chill out, they going to give us something we can live with," Yancy said in a telephone interview, referring to the Justice Department.

Scott's approach to possible suspects was straightforward, Yancey said. "You either down with Chad or you're against him. If you against him, you are going to do time."

The Perralta and Norris drug-trafficking trial offered a window into Scott's approach to law enforcement. Scott testified that the case stemmed from a $100 sale of cocaine on the street, growing into a major prosecution in which a half dozen defendants pleaded guilty.

"We're in the information business," Scott said during the trial, according to a newly filed transcript. "My job is to get the highest level of drug trafficker I can get."

The Justice Department, however, said Scott disregarded several DEA policies in his handling of the investigation. One of Scott's main witnesses, Frederick "Booby" Brown, provided critical information to authorities even as he continued dealing drugs and before the DEA confirmed him as an official confidential source.

Scott acknowledged during the Perralta and Norris trial that he "started putting pressure on Mr. Brown and saying you got to produce or you're going to go to jail."

Brown ultimately did produce, leading Scott to a major drug dealer in Houston, Edwin Martinez, who pleaded guilty to a central role in the conspiracy and testified against Perralta and Norris.

But Martinez recently told federal authorities that Scott persuaded him to provide false testimony. Brown made similar statements to the FBI, saying Scott visited him in the Tangipahoa Parish jail two weeks before the trial and coerced him into identifying Perralta in a photograph even though the two men had never actually met.

Scott is not only accused of ordering Brown to perjure himself; the DEA says he also broke internal rules by making the jailhouse visit alone.

"Anytime you meet with defendants, confidential sources or prisoners, there's always two agents present," said Brad Uhl, an inspector with the DEA's Office of Professional Responsibility, which explores allegations of misconduct by agents. The policy is intended "to maintain the integrity and the accountability of the meeting so that whatever is said or takes place can be documented by two agents."

Norris' defense attorney, State Sen. Dan Claitor, said he was dismayed it took the Justice Department so long to dismiss the case, even after it was clear that trial was filled with red flags.

"He'll never get those 18 months of his life back," Claitor said of the time Norris spent behind bars awaiting trial. "And he won't get anything approaching an apology from the federal government."

If prosecutors fail to convict Chad Scott, it will not be because his alleged misdeeds took them by surprise.