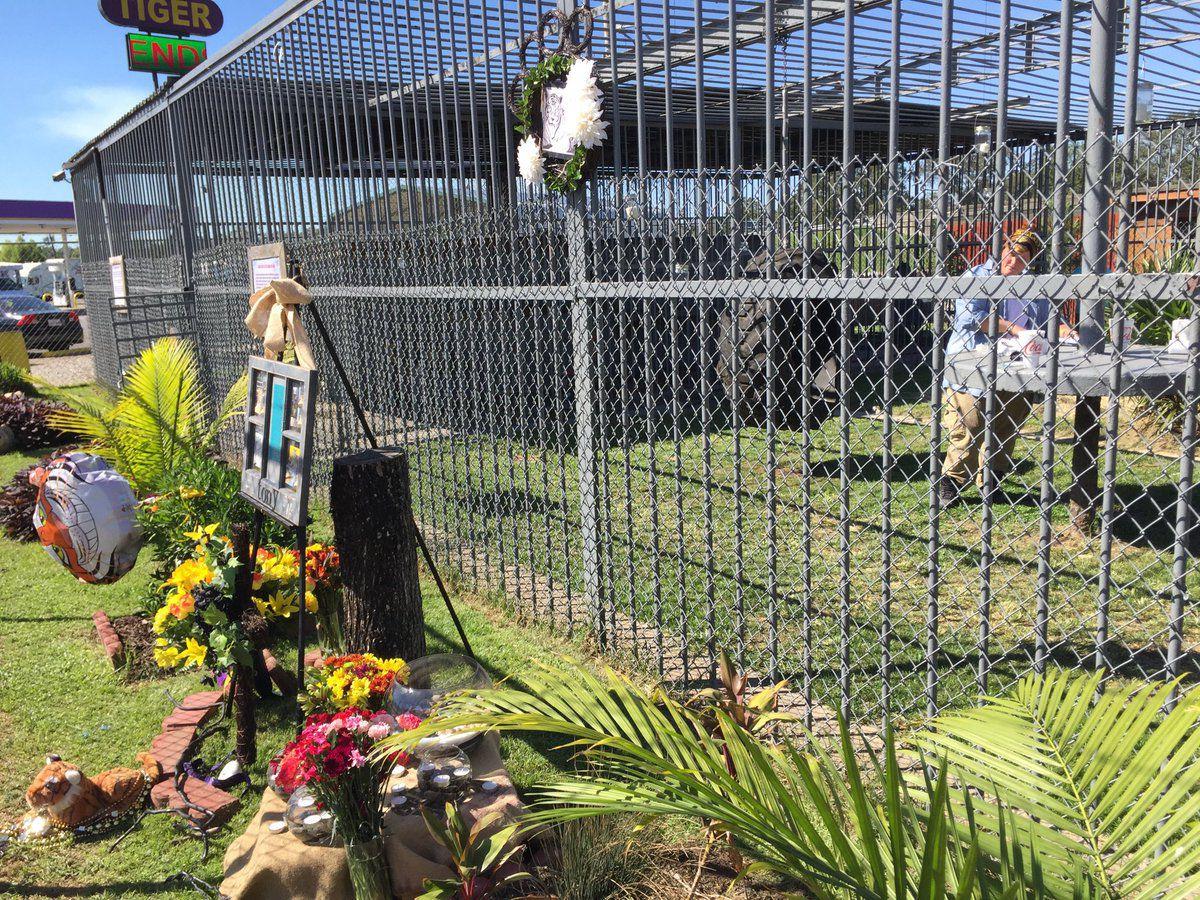 Advocate staff photo by Bill Feig -- Caretakers put up this candle memorial outside Tony the tiger's cage at the Tiger Truck Stop in Grosse Tete, La. Tony was euthanized Monday due to health issues. 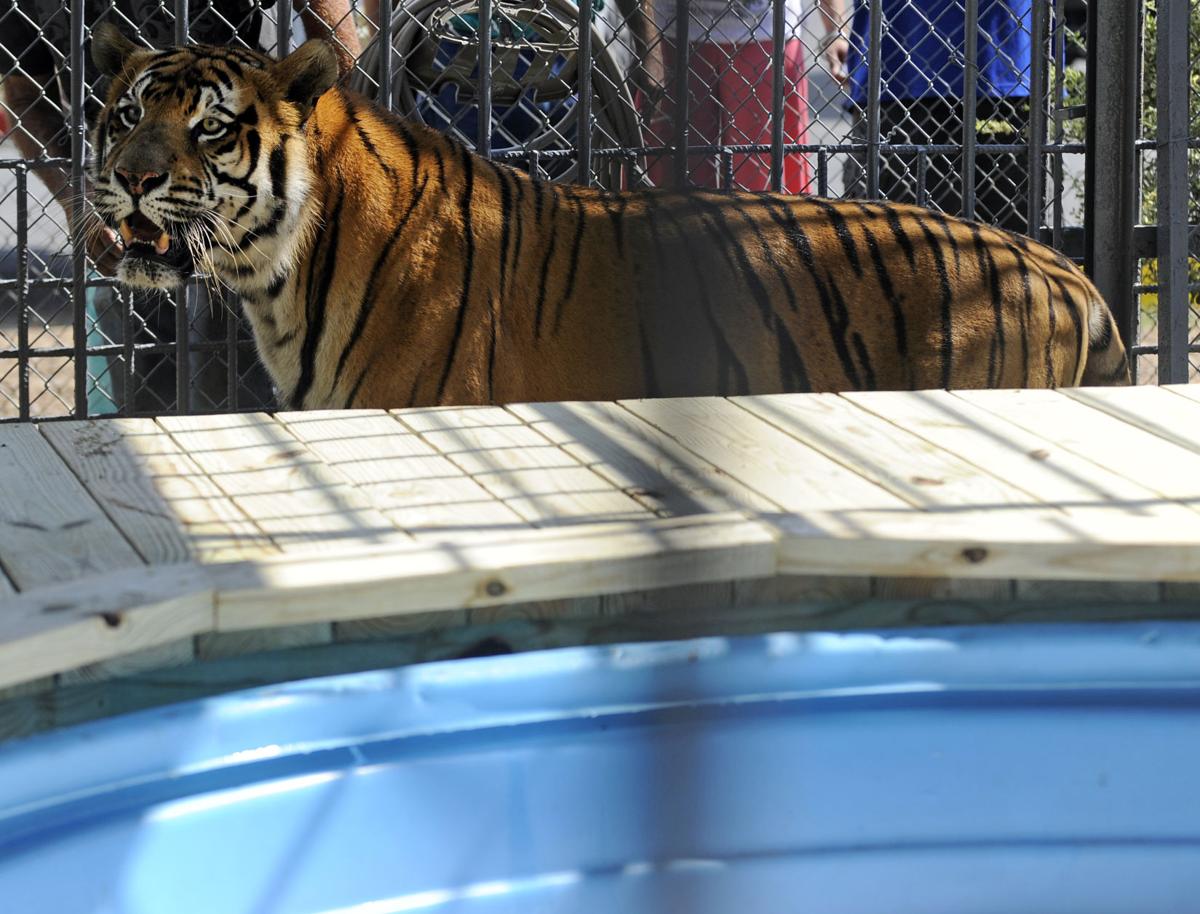 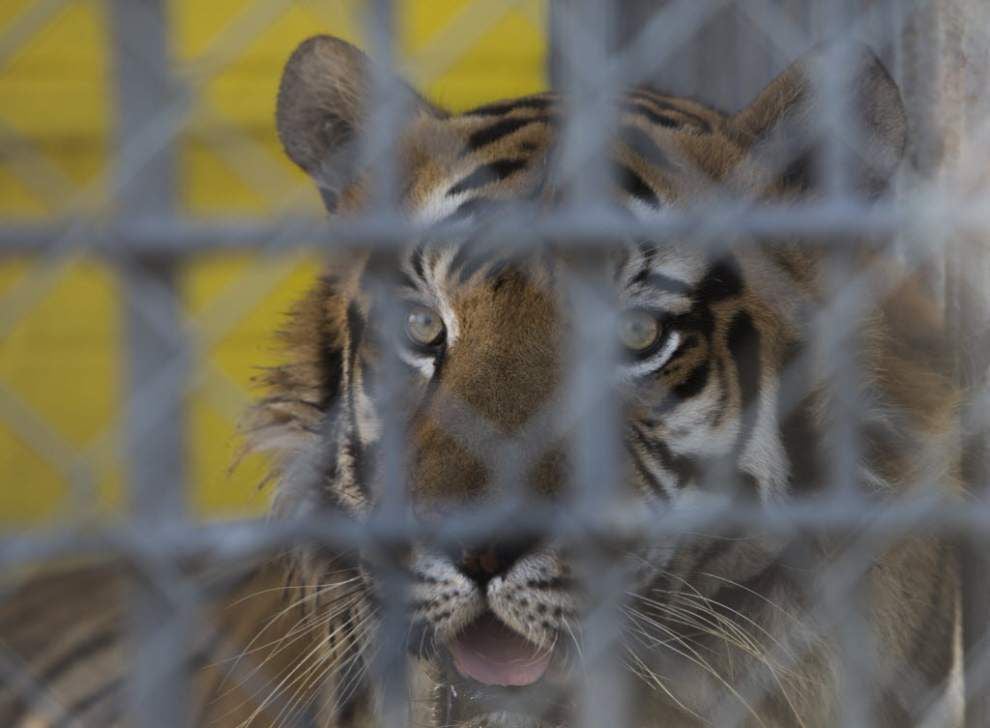 Tony looks out of his cage at the Tiger Truck Stop on June 20, 2014, in Grosse Tete. Gov. Bobby Jindal quietly signed into law Senate Bill 250, granting an exception for the tiger, who is kept in a caged facility at the truck stop.

Advocate staff photo by Bill Feig -- Caretakers put up this candle memorial outside Tony the tiger's cage at the Tiger Truck Stop in Grosse Tete, La. Tony was euthanized Monday due to health issues.

Tony looks out of his cage at the Tiger Truck Stop on June 20, 2014, in Grosse Tete. Gov. Bobby Jindal quietly signed into law Senate Bill 250, granting an exception for the tiger, who is kept in a caged facility at the truck stop.

A state judge said Tuesday she'll rule on the legality of Louisiana's big cat ban after hearing arguments from attorneys for the state, an animal rights group and an Iberville Parish truck stop owner who wants to house another tiger at the facility in the wake of Tony the tiger's death there last fall.

The 2006 state law bans private ownership of large and exotic cats, but Tony — who was euthanized in October — was living at Tiger Truck Stop in Grosse Tete several years before the ban went into effect.

A measure passed during the 2014 legislative session and signed into law by then-Gov. Bobby Jindal allowed Tiger Truck Stop owner Michael Sandlin to keep only Tony. The law said Sandlin could not obtain more tigers after Tony dies.

The legal roller-coaster ride that Tony, the 550-pound Grosse Tete truck stop tiger, has been on the past several years continued to roll Mond…

Sandlin contends the state's 2006 big cat ban is unconstitutional; the state and the Animal Legal Defense Fund maintain it is legal.

District Judge Janice Clark, of Baton Rouge, met in her courtroom Tuesday with attorneys for the state, the ALDF and Sandlin and set up a schedule for them to deliver written and oral arguments to her.

Clark said she would issue a ruling after all arguments are presented to her. She did not set a date for the oral arguments or ruling.

ALDF lawyer Tarak Anada said outside the courtroom that the advocacy group is aligned with the state when it comes to Louisiana’s big cat ban. It forbids anyone other than colleges, sanctuaries, zoos, wildlife research centers and scientific organizations from possessing big exotic cats.

“The big cat ban is constitutional,” he said.

Geoffrey Ormsby, one of Sandlin’s attorneys, said no one disputes the need for regulation when it comes to big cats.

“Our position is Michael is the true sanctuary. He’s the one caring for tigers,” Ormsby said after the court proceeding. “It’s not for economic reasons at all. He has a true love for these animals.”

Robert Morgan, who also represents Sandlin, said Tony was “much better off” while he lived on the truck stop grounds.

Sandlin, who was not in court Tuesday, said in a telephone interview he is waiting for a taxidermist to stuff Tony, who lived at the truck stop for 17 years, so he can be displayed at the facility. Tony’s remains were buried in a coffin, he said, but his fur was returned to Sandlin.

The owner who decided to euthanize Tony, the Bengal tiger that spent the 17 years of its life as the roadside attraction for a Grosse Tete tru…

Sandlin said the legal battle with the ALDF to keep Tony at the truck stop was lengthy and costly, but added, “I would do it again.”

“People need to be able to experience these animals,” he said.

ALDF spokesman Matthew Liebman previously called it disrespectful that Sandlin wants to stuff and display Tony at the truck stop as a money-making “promotional prop.”

Tony, a 550-pound Bengal tiger who struggled in his later years with arthritis, was euthanized after he took a sharp decline due to kidney failure, Sandlin has said. The tiger had stopped eating and taking medication.

Sandlin has exhibited tigers at the truck stop since 1984. He has held a federal permit to keep tigers there since 1988.

MIAMI (AP) — A Florida high school decided to take the jungle theme for prom a bit too seriously for some students.