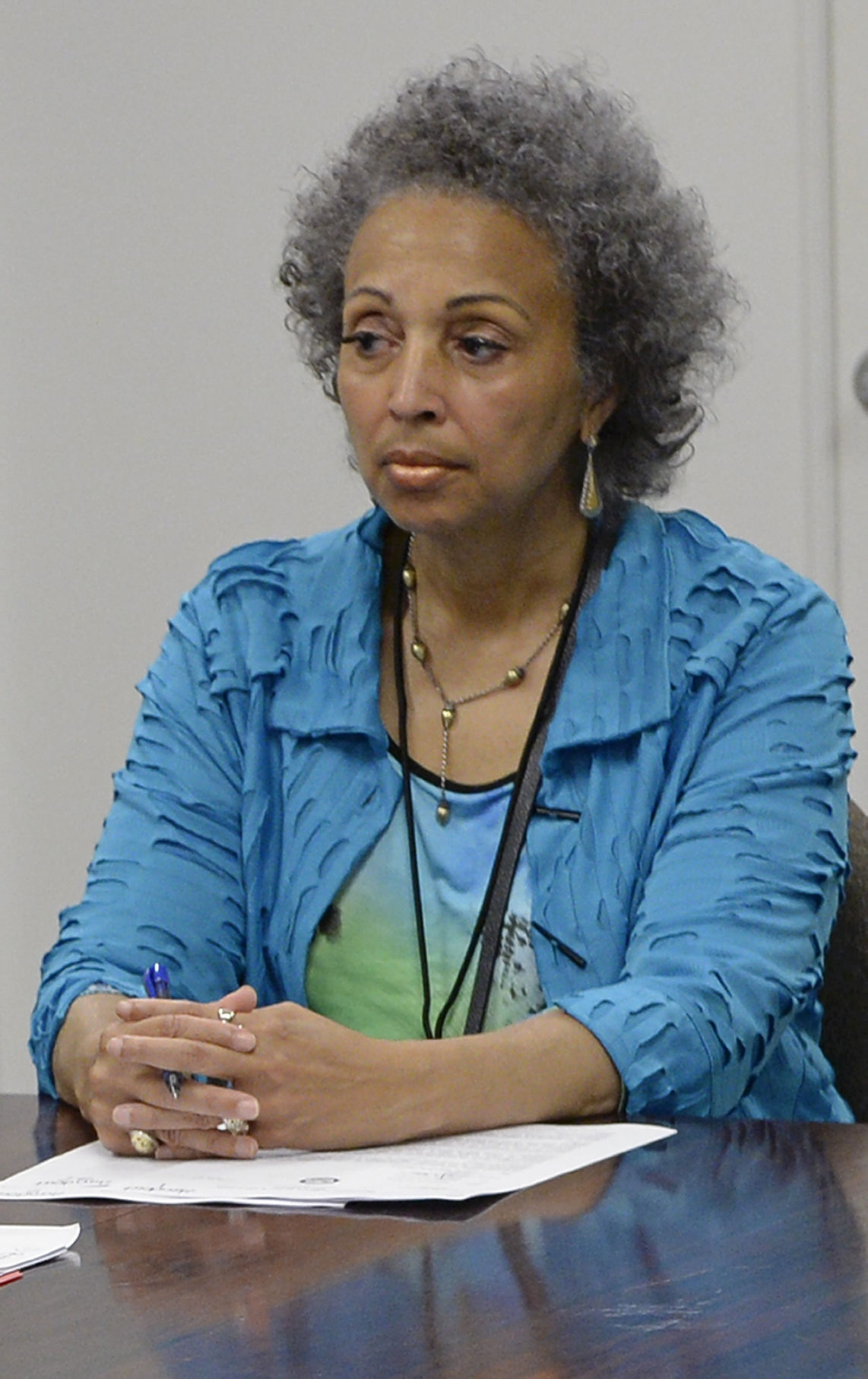 Judge Trudy White listens during a get together before a tour. Department of Public Safety and Corrections Secretary Jimmy LeBlanc visited the Baton Rouge Day Reporting Center and gave a tour to local dignitaries Friday Feb. 10, 2017. He touted the effectiveness of the centers statewide in reintegrating inmates into the community and also talked about the new private contract to run the Baton Rouge facility. 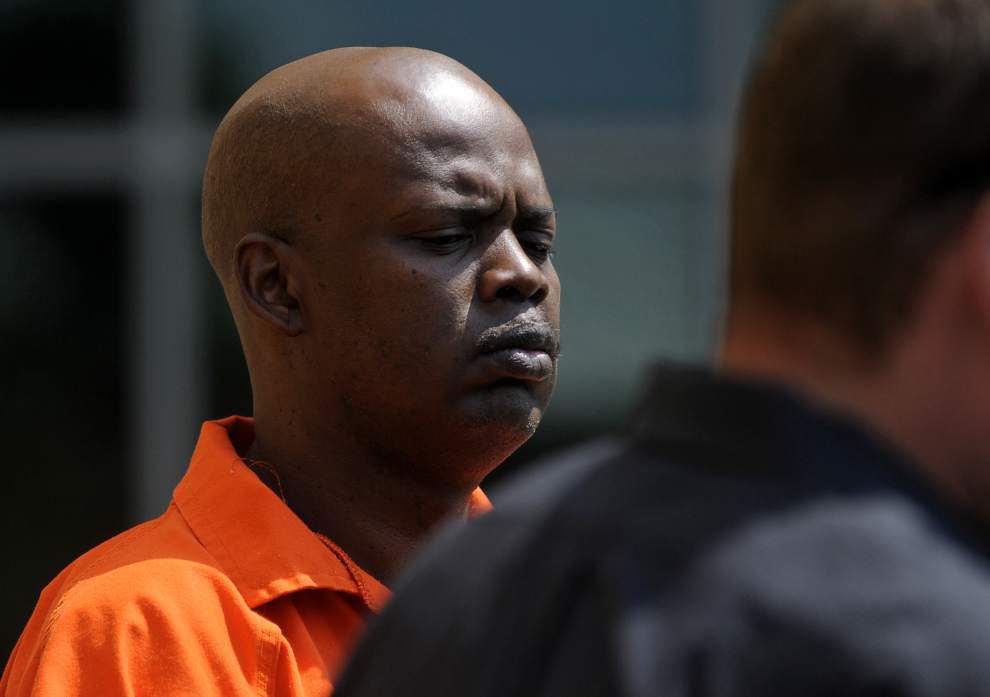 Judge Trudy White listens during a get together before a tour. Department of Public Safety and Corrections Secretary Jimmy LeBlanc visited the Baton Rouge Day Reporting Center and gave a tour to local dignitaries Friday Feb. 10, 2017. He touted the effectiveness of the centers statewide in reintegrating inmates into the community and also talked about the new private contract to run the Baton Rouge facility.

State District Judge Trudy White, who drew the ire of James "Mucci" Stockton's family in 2015 when she reduced his killer's unanimous second-degree murder verdict to negligent homicide, offended the family again Thursday when she reluctantly — with defiant language — sentenced Stockton's killer to a mandatory term of life in prison after higher courts told her she had been wrong in 2015 to reduce the sentence.

White made it abundantly clear — and painfully so to Stockton's sister and several of his aunts — in her sentencing remarks that she stands by her opinion that Derrick Bland was too drunk and high on marijuana to have had the required specific intent to kill his brother-in-law on July 28, 2013, outside Stockton's North Lobdell Boulevard apartment.

White told Bland, 51, that his case is an example of a flawed system of justice and institutional racism. But she said she would be "obedient" and comply with the higher courts.

Stockton's relatives called White cold-hearted and said her words were insensitive and hurtful.

East Baton Rouge Parish District Attorney Hillar Moore III responded later by saying White's words are "troublesome for prosecutors and victims of crime," and he said the jury and appellate court decisions were "proper and should be respected." He said racism played no part in the decision of the mixed-race jury.

"The court's words today surely do not promote trust in the system but only more ambiguity and distrust without a basis IN THIS CASE," Moore said in a written statement. "We clearly have issues to deal with but IN THIS CASE, given these circumstances and facts, this victim and his family deserve justice."

One of Stockton's aunts, Dianne Williams Johnson, wrote White a scathing letter in 2015 calling her actions a "slap in the face" to his family.

"Thank God for the higher courts" were Johnson's first words when she gave her victim impact statement Thursday to the judge.

"That man intended to kill my nephew," Johnson added, noting that Stockton's daughter and two sons are hurting.

Stockton would have celebrated his 44th birthday on Friday, she told the judge.

Outside White's courtroom, Johnson, along with Stockton's sister, Rosalind Ford, and aunt, Shirley Williams, described the judge in similar fashion.

"She is cold-hearted," Ford said. "I've never seen this type of judge."

"She is heartless," added Johnson.

"She's cold-hearted," Williams said. "She makes excuses for people who are guilty."

As opposed to the mandatory life sentence that a second-degree murder conviction carries, negligent homicide is punishable by up to five years behind bars.

Trial testimony indicated Bland shot the 40-year-old Stockton three times, and after he fell to the ground, Bland walked up to him and shot him three more times.

"At no time did the court ever address the facts that were overwhelmingly in support of the defendant's guilt, including him standing over the victim firing more rounds into his body," Moore said, adding that he understands the daily pain that comes with administering justice.

Prosecutors say Stockton earlier had cursed Bland and kicked him out of his apartment during a family gathering, so Bland laid in wait underneath a tree outside the apartment until Stockton came out. Two witnesses and Bland testified he drank a large amount of alcohol that day.

The 1st Circuit took note of the two sets of fired bullets and said "deliberately pointing and firing a deadly weapon at close range are circumstances which will support a finding of specific intent to kill." Bland ran to a friend's apartment after the shooting and attempted to obtain a ride, then disposed of the gun and fled farther from the scene, the appellate court added.

White said Thursday she had the best seat in the courtroom during the trial to assess the credibility of all witnesses and weigh the evidence.

Circuit Judge Mike McDonald, however, wrote last year that it is "hard to understand" how White concluded Bland did not possess the necessary specific intent to kill Stockton.

"The trial judge's decision in this case was an injustice to the victim, to the citizens of the state of Louisiana, and to our criminal justice system," he stated.

Fellow Circuit Judge Mitch Theriot, who authored the appeals court's decision, wrote that Bland admitted he was angry with Stockton following their argument and began to shoot simply upon hearing Stockton's voice as he exited the apartment. The decision to shoot with no provocation "is also strong evidence of a specific intent to kill," Theriot said.

The 1st Circuit said evidence of Bland's intoxication the day of the shooting was "not insignificant," but the jury's rejection of his defense could have been based on Bland's ability to remember a substantial portion of the day's events, his accurate firing of three shots from a distance and his immediate recognition of his criminal act.

An East Baton Rouge Parish jury found Bland guilty in March 2015. White overturned the verdict in August of that year. The appeals court reversed her in April 2016.

Derrick Bland, whose unanimous second-degree murder conviction in the 2013 shooting death of…

Too drunk for intent to kill? District judge said so and verdict in Baton Rouge homicide case now before appeals court

A Baton Rouge man was grossly intoxicated when he fatally shot his brother-in-law in 2013, a…

Embattled 19th Judicial District Court Judge Trudy White, of Baton Rouge, could be moving from the criminal bench — where some of her actions …