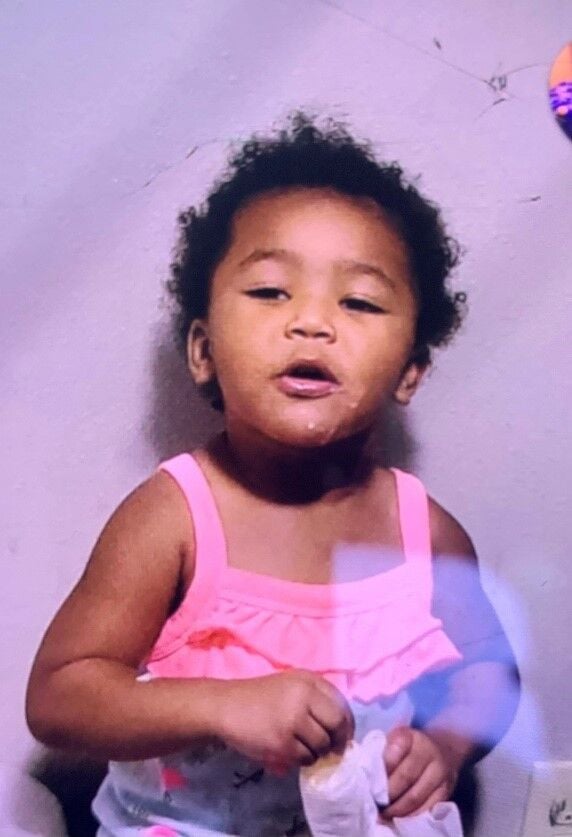 State police called on the public for help finding 2-year-old Nevaeh Allen, who was last seen the afternoon of Friday, Sept. 24, 2021, after her stepfather set her down for a nap at their Baton Rouge home, police said. 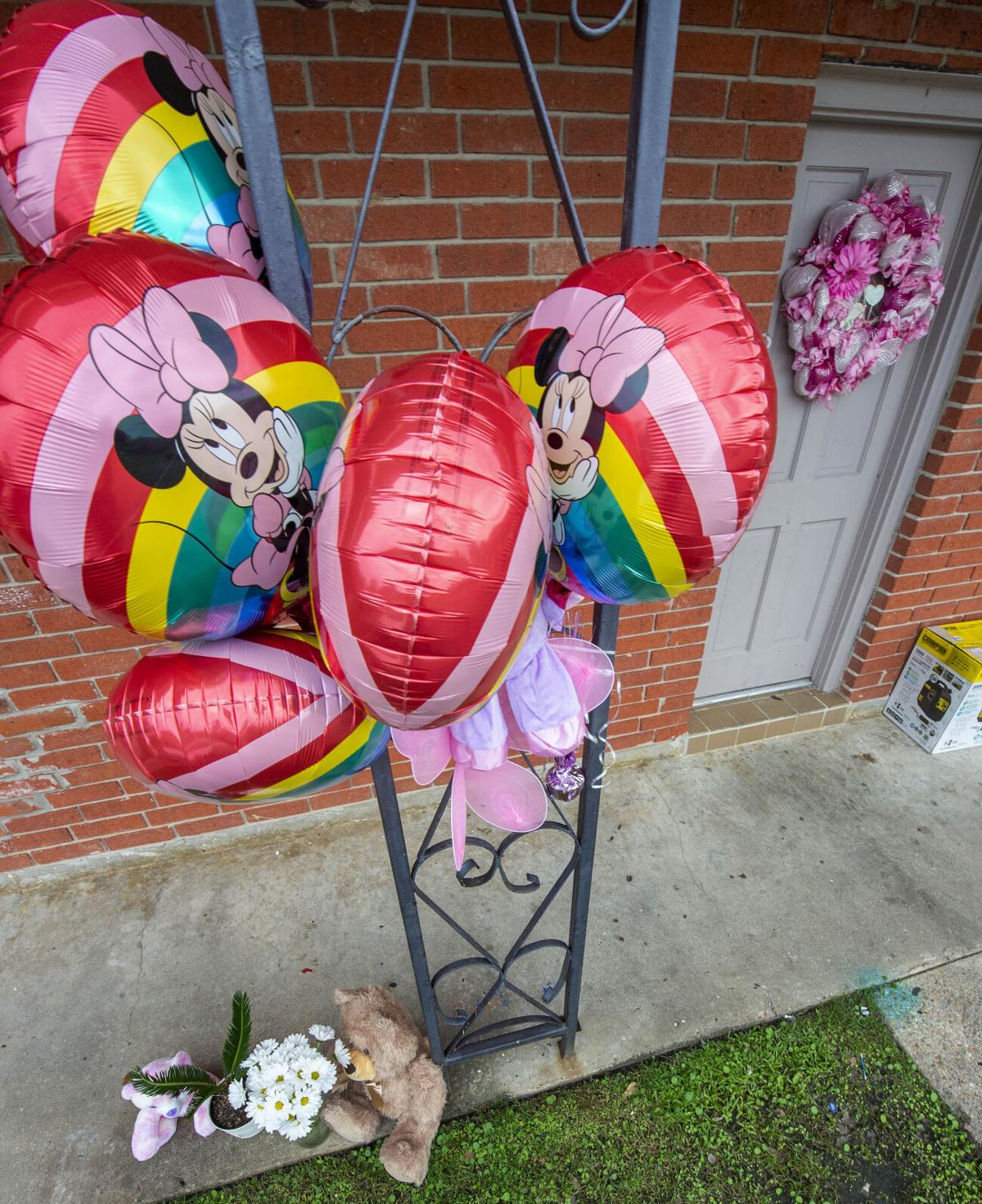 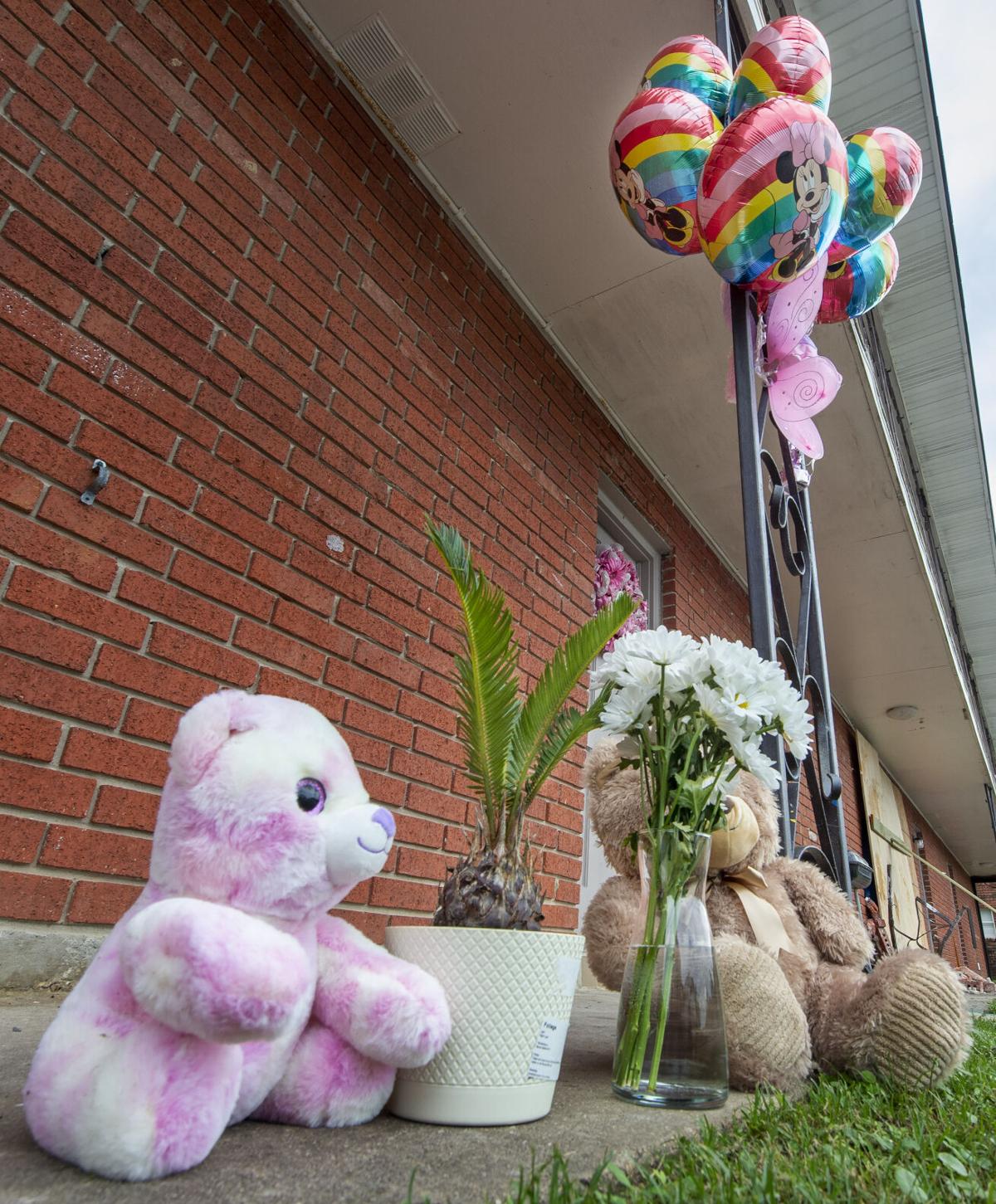 State police called on the public for help finding 2-year-old Nevaeh Allen, who was last seen the afternoon of Friday, Sept. 24, 2021, after her stepfather set her down for a nap at their Baton Rouge home, police said.

The pregnant mother and self-described stepfather of slain Baton Rouge toddler Nevaeh Allen are now sitting in jail on $375,000 bonds in the death of the 2-year-old whose remains were found in a wooded area in Mississippi.

Lanaya Cardwell, 25, and her live-in boyfriend, Phillip Gardner, 30, both were booked last week on second-degree murder charges. Gardner also is charged with obstruction of justice and unlawful disposal of remains.

State District Judge Christopher Dassau on Monday set Cardwell's bond at $375,000 on the murder charge, and Gardner's bond at $300,000 on the same charge.

Gardner's total bond is also $375,000 because his previous $75,000 bond on the obstruction and unlawful disposal charges remains in effect, the judge said.

Both Cardwell and Gardner told Dassau that they will be financially unable to make those bonds. If they do, they will be under house arrest with a number of conditions attached, including no contact with each other or minors. They would not be allowed to live together.

Cardwell's attorney, Gail Ray, said she will appeal her client's bond. Ray had asked for a bond no higher than $100,000. Cardwell is eight months pregnant, the lawyer told the judge.

Gardner is represented by the East Baton Rouge public defender office. Assistant Public Defender Margaret Lagattuta characterized his bond as an average amount for a homicide and told reporters she doesn't anticipate an appeal.

Assistant Public Defender Terri Mayes had told Dassau that Gardner cooperated with investigators, had three jobs at the time of his arrest and has other children that he needs to care for.

Dassau cited the seriousness of the alleged crime in setting the bonds.

Prosecutor Kathleen Barrios asked the judge to take into consideration that local, state and federal resources were used in the search for Nevaeh while the defendants knew that the child was no longer alive.

Ray noted that a cause of death has yet to be determined for Cardwell's daughter.

"The last time she saw the child, the child was alive," Ray told the judge.

Barrios said in court that the preliminary autopsy results did reveal "severe brain swelling." The prosecutor also noted that the state has taken custody of Cardwell's other children.

Cardwell is accused of punching Nevaeh on Sept. 24. Gardner is accused of disposing of the child's body in a remote patch of woods in Mississippi after her mother reported her missing Sept. 24 from a Belaire neighborhood apartment. He was accused of second-degree murder by investigators who said he didn't seek emergency care for the injured child.

A Baton Rouge mother was accused of murder after police say she punched her toddler in the torso for playing with her contact lenses, causing …

Authorities found the girl's remains buried beneath trees by the bank of the Pearl River.

A distraught Cardwell told investigators and a TV news reporter that Gardner set Nevaeh down for a nap the morning of Sept. 24, only for her older siblings to return from school a few hours later to an empty apartment and an open door.

According to Baton Rouge Police Department arrest affidavits accusing Cardwell and Gardner of murder, hours before the girl was reported missing, Cardwell was in the bathroom preparing to go to work for the day when Nevaeh picked up her mom’s contact lenses. Police say her mother responded by punching her daughter in the torso with a closed fist.

The arrest records say Nevaeh fell backwards and hit her head on a cabinet before her mother “forcefully grabbed” her and took her to another room, where Gardner later told police he could hear what sounded like “two adults fighting.”

When Cardwell and Nevaeh emerged, Gardner said the girl was crying and had a large bruise on her forehead.

Gardner told investigators he then drove Cardwell to work, and when he returned to the apartment, the toddler refused to eat and complained about stomach pain. She then lay down on the couch, where Gardner said he later found her unresponsive.

Gardner told police he tried to resuscitate the girl, and, when his attempts failed, he admitted to placing Nevaeh in a suitcase and driving across state lines to dispose of her body, ultimately placing her in a “makeshift grave deep in the woods.”

Police say Gardner initially told police he had laid down for a nap and awoke to find the girl missing. Later, police say he admitted he had found Nevaeh "unresponsive and lifeless."

The East Baton Rouge Parish coroner says a Baton Rouge toddler found dead in southern Mississippi on Sunday was the victim of a homicide.

Before Nevaeh’s body was discovered, Cardwell’s mother, Jessica Billiot, described her daughter’s relationship with Gardner as “toxic” and said it was oftentimes marked with violence, recalling one incident where she witnessed Gardner “have a fit at” the toddler after she spilled a slime toy on the carpet.

Billiot said Gardner yelled at the girl and forced her to hold a vacuum as he attempted to make her clean up the mess.

A second-degree murder count was leveled against Gardner because police say he failed to help the girl after she complained of stomach pain and because the coroner was unable to determine whether Nevaeh was still alive after he stuffed her in the suitcase.

Despite the coroner’s initial findings that the girl's death was the result of a homicide, East Baton Rouge District Attorney Hillar Moore III has cautioned that final autopsy results can take weeks, adding that details known about the case may change as police continue their investigation.

Cardwell has no prior criminal history. Gardner has no convictions, Barrios disclosed, but does have prior arrests including one for domestic abuse battery in St. Tammany Parish. The charges were eventually dismissed.