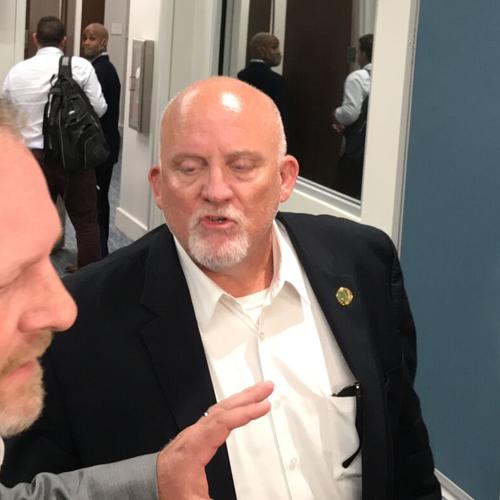 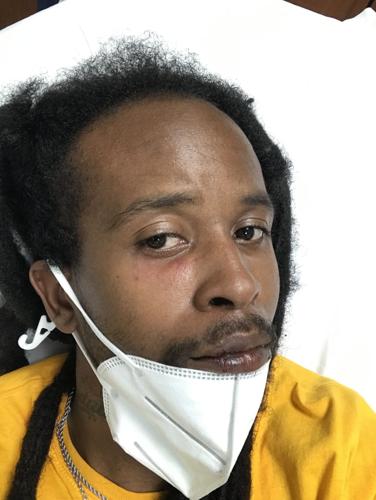 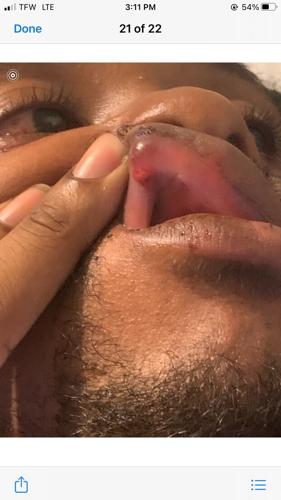 An Ascension Parish judge rejected the self-defense claims of Ascension Parish Councilman Corey Orgeron and a former client on Wednesday over a fight in the councilman's law office last October, finding both men guilty of misdemeanor simple battery.

Both Orgeron, who is a lawyer, and a former legal client, Roydall Lumar of Convent, received 60-day suspended jail sentences, 90-days' probation and a requirement to attend anger management classes.

Parish Court Judge Erin Wiley Lanoux handed down the guilty verdicts and sentences after presiding over a trial Wednesday in Gonzales in which each man was a victim testifying against the other man and also representing themselves against their own parallel criminal charges.

The arguments were the classic he said-he said refrain that follows a playground or barroom fight: the other guy started it.

Lanoux agreed with prosecutor Morgan Gravois that both men had a role in the dispute, which left them both with injuries, but she was unable to determine who was the instigator and who was acting in self-defense, based on the evidence.

Defendants carry the burden to prove self-defense, the judge added.

At sentencing, Lanoux told Orgeron that, as a lawyer, he had a higher duty to try to be a counselor to Lumar and calm the situation in the office last fall.

"You didn't do that that day," Lanoux said.

Lanoux noted that no action had been taken against Orgeron’s status as a lawyer at this point — an issue she had asked Orgeron about in a private sidebar before she handed down her sentence.

Orgeron and Lumar were also ordered to pay $100 fines and other court costs and stay away from each other. Under a standard option available for many misdemeanor convictions, each man can seek to have the convictions set aside if he completes probation without further trouble.

The conviction doesn't affect Orgeron's ability to remain on the Parish Council. Orgeron is in his first term representing the Prairieville area.

The Oct. 15 fight came days before the embattled councilman had an outburst with a fellow council member and insulted members of the public that led to his censure by the Parish Council. Orgeron has claimed the outburst stemmed from the volatile incident with Lumar.

In earlier testimony and argument Wednesday, Orgeron claimed Lumar had lost his temper in his office over the terms of a $5,100 advance on a settlement of a worker’s compensation and personal injury claim, as well as over where the case would be tried.

Testifying for the prosecution, Orgeron said that Lumar sucker-punched him and stomped on and kicked him while on the ground after Orgeron lost his balance from the punch. The councilman was able to get up, he said, and get control of Lumar by pulling on his dreadlocks and eventually get on top of him on his office couch, Orgeron said.

Orgeron, who said he hit Lumar twice with his forearm, said he was fortunate he was able to get control of Lumar and get him out of the office or his injuries may have been much worse.

Later, as Orgeron put on his defense, he showed photographs that his wife took of his injuries, including a large red mark on his back that Orgeron claimed Lumar made while Orgeron was on the ground. Orgeron claimed the mark had the indentations of a tennis shoe.

Lumar had earlier acknowledged to Orgeron on cross-examination during the prosecution’s case that he was wearing tennis shoes when he went to Orgeron’s office that day.

Lumar disputed Orgeron’s conclusion about the mark on his back, however, saying he was wearing shoes with a different kind of sole pattern.

In contrast, Lumar claimed Orgeron instigated the fight, wouldn’t let him leave the office and that he was only trying to escape. Lumar disputed he ever sucker-punched Orgeron or kicked him on the ground when Orgeron did fall, arguing instead that the councilman was trying to “flip the script” and, through deception, make himself out as the victim.

At one point during Orgeron’s testimony, Lumar had heard enough and objected. Lanoux asked Lumar for the basis of the objection.

Lumar also repeatedly revisited whether Orgeron had lied to deputies about whether he ripped up Lumar’s settlement check, a precipitating incident to the fight, according to Lumar.

That fact, however, didn’t appear to weigh heavily for the judge in overall picture of what happened last year.

Gravois, the prosecutor, also played body camera video of the aftermath of incident, which documented Shugart's interviews and other interactions with both men at Orgeron's office minutes after they each made 911 calls.

The video showed both men shaken as Shugart arrived. Lumar was standing outside the office on La. 73 and expressing shock at what had just happened. Minutes later as Shugart spoke to Orgeron in his office, he was still breathing somewhat heavily.

Later, though, the video showed Orgeron in a lighter mood, making small talk with Shugart and, at one point, playfully putting his hands together to be cuffed as the deputy came to hand over some paperwork.

But the video nor anything else Gravois presented provided third-party evidence of the incident itself.

When the men were cited, Ascension sheriff's deputies made no conclusion about the claims of either but cited both men with misdemeanor counts of simple battery.