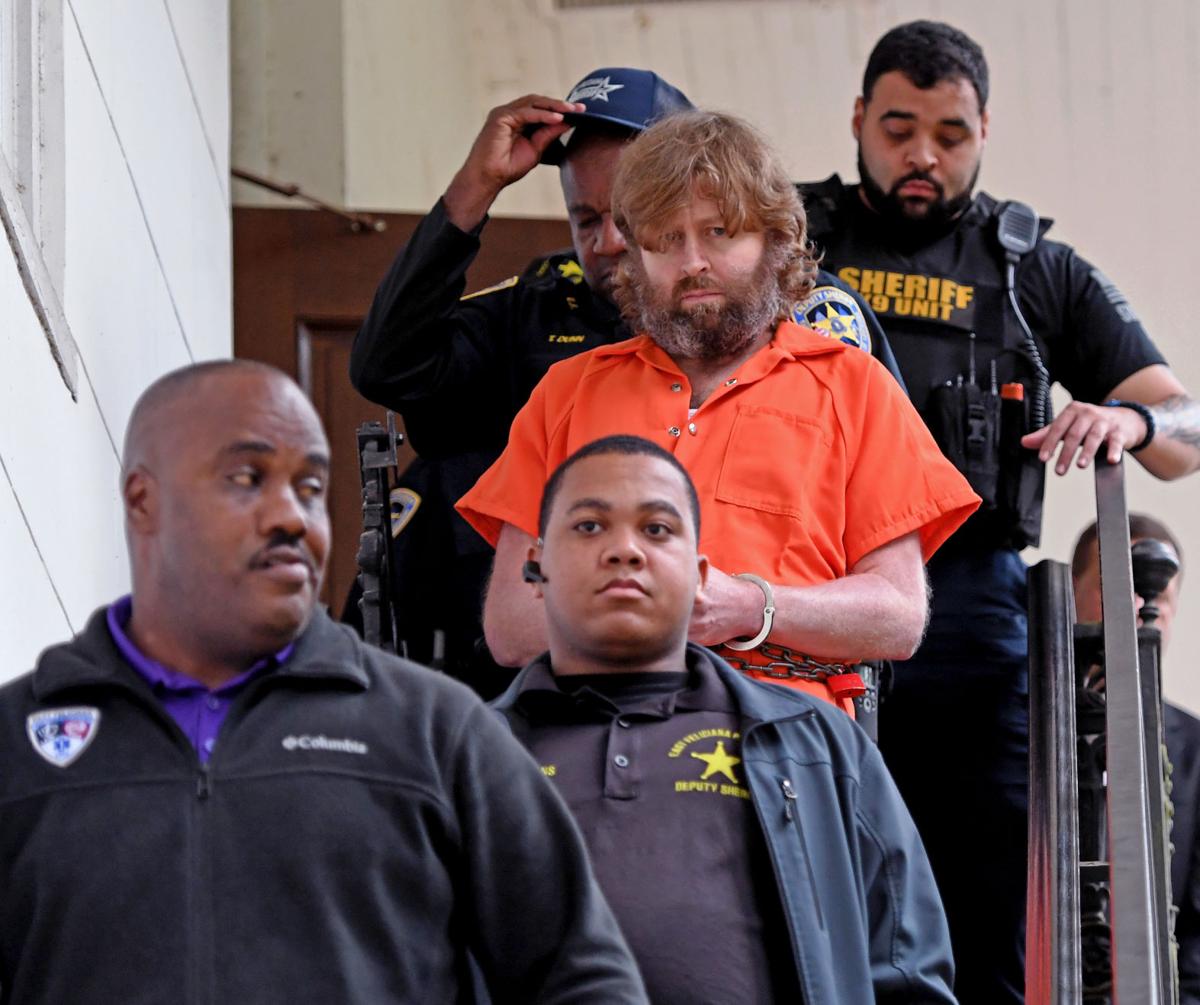 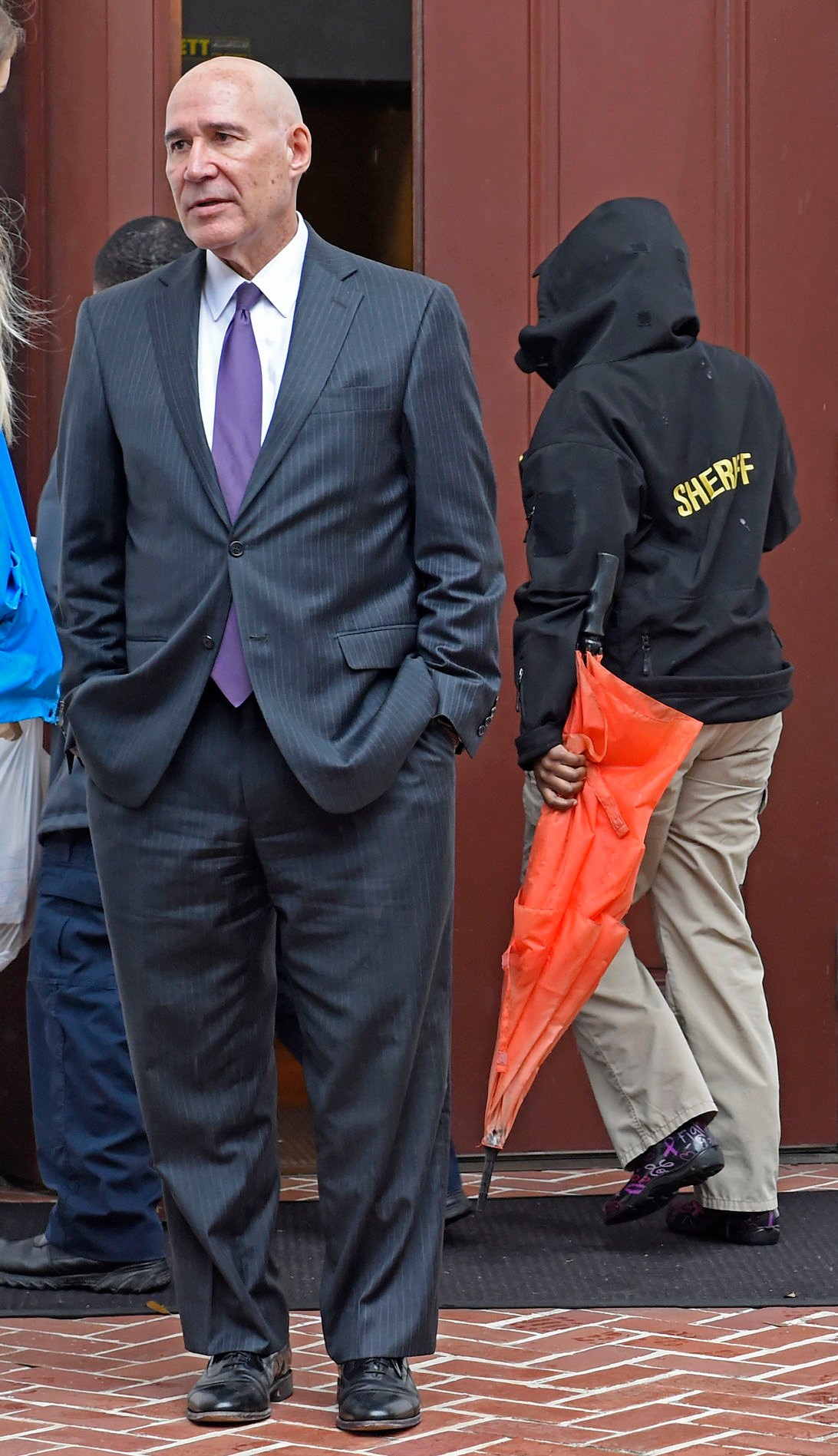 Alleged serial killer Ryan Sharpe's retrial in the 2017 shooting death of a Boy Scout leader in East Feliciana Parish has been postponed because his lawyer is once again questioning Sharpe's mental competence.

At the request of attorney Tommy Damico, 20th Judicial District Judge Sydney Picou Walker has appointed two doctors to examine Sharpe to determine his capacity to understand the proceedings against him and to assist in his defense.

Sharpe, 40, was convicted in December 2019 of first-degree murder in the killing of Brad DeFranceschi, 48, one of three men authorities say Sharpe gunned down during a streak of violence across East Feliciana and East Baton Rouge parishes in 2017.

However, his 11-1 guilty verdict was voided last year and a new trial was ordered after the U.S. Supreme Court outlawed non-unanimous jury verdicts.

That retrial in Clinton had been scheduled for Aug. 30, but Damico said Tuesday that Jan. 31 is the new trial date.

Sharpe has pleaded not guilty by reason of insanity, though doctors have concluded he was sane at the time of the offense. That particular plea by Sharpe puts the onus on his defense team to convince jurors he was unable to tell right from wrong.

Walker will hold a sanity hearing in October relating to Damico's latest motion.

Damico wrote in that motion, filed July 26, that since his previous contact with Sharpe at his trial "it is the belief that his condition has deteriorated to such a point as he can no longer assist counsel in defense of this case."

Another 20th Judicial District Court judge had determined in 2018 that Sharpe lacked the mental capacity to stand trial, and sent him to the state mental hospital in Jackson for treatment and restoration of his competency.

Medical personnel at the Eastern Louisiana Mental Health System were able to restore his competency, leading to his 2019 trial.

"Unfortunately, Mr. Sharpe has regressed and is unable to demonstrate rational and factual understanding of the proceeding against him and the ability to reasonably assist his counsel in his defense," Damico wrote in his motion.

"As previously determined, Mr. Sharpe has borderline mental competency which further exacerbates his ability to assist counsel," he added.

Though Sharpe's 2019 trial concerned the death of DeFranceschi, who was fatally shot in October 2017 while trimming weeds in his front yard, prosecutors were allowed to present evidence linking Sharpe to three other shootings, two of which were fatal.

Sharpe's trial in Baton Rouge in the slaying of Breeden is scheduled for Oct. 18, but his current mental evaluation also will delay that trial.

The killings took place within a seven-mile radius of Sharpe's home near Clinton and put the Bluff Creek area on edge for months when authorities warned the public the shootings may have been related.

Following his arrest, Sharpe told investigators the government ordered him to fill a certain amount of "tags" by shooting the men. In a taped interview that was presented at his trial, he told officials it was as part of a "big federal operation."

Several psychiatrists examined Sharpe but raised doubts he had a mental illness or an affliction that would impact his memory.

Sharpe's father and several of his friends testified they saw a troubling change in him. They recall him become more reclusive, neglecting his plumbing business and telling strange and farfetched stories the few times he socialized.

Prosecutors argued the bizarre confession was part of Sharpe's plan to build an insanity defense.

He faces a potential life sentence without the possibility of parole in his pending cases.

Alleged serial killer Ryan Sharpe will be retried next summer in Clinton in the October 2017 shooting death of a Boy Scout leader, and then st…