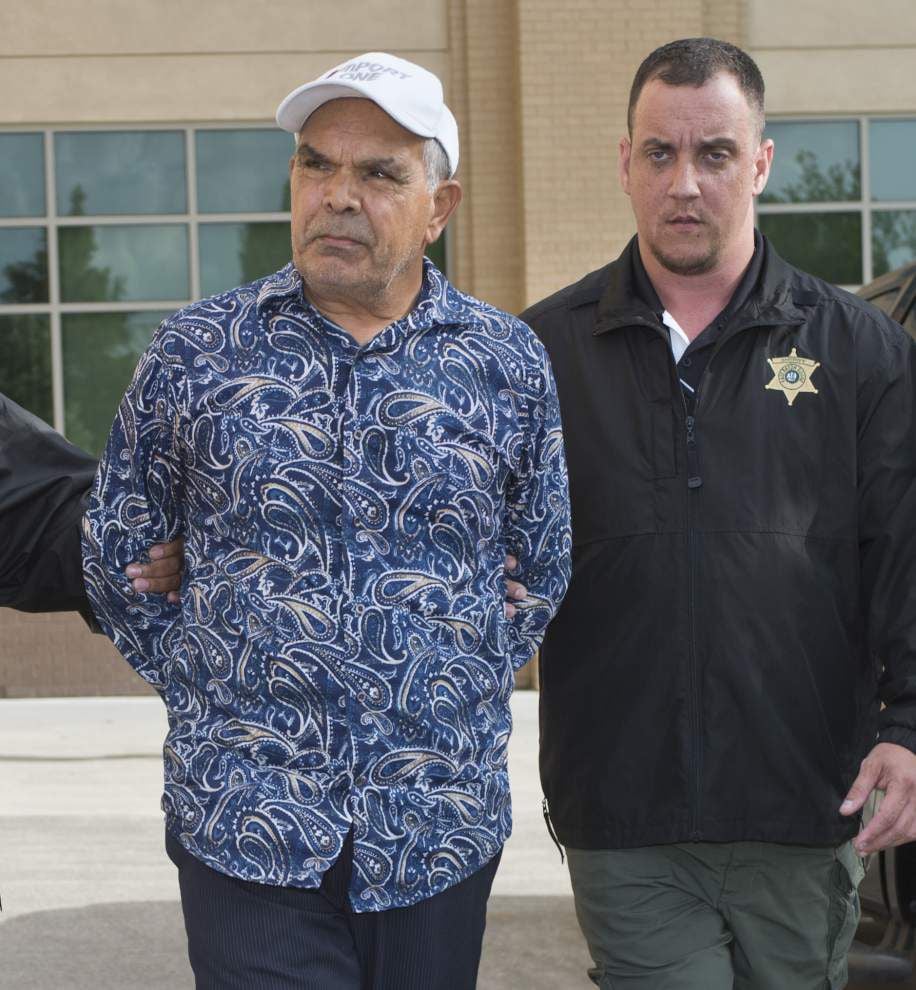 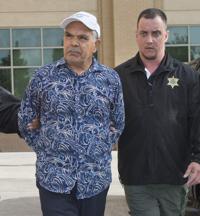 The son of jailed Baton Rouge automobile dealer Hamid Ghassemi, who is charged with three other men in the alleged murder-for-hire of Ghassemi's ex-wife, claims his mother suffered "torture and unspeakable mental anguish" during her 2015 kidnapping and killing.

Hamed Ghassemi is seeking damages from his father and the other men -- Tyler Ashpaugh, Skyler Williams and Daniel Humberto Richter -- in a lawsuit filed in the 19th Judicial District Court, where the criminal case against Hamid Ghassemi and his alleged accomplices is playing out.

The suit alleges Taherah Ghassemi died "as a result of the criminal actions of Hamid Ghassemi and other individuals who were paid by him to murder her."

One of Hamid Ghassemi's attorneys, Tommy Damico, rejected the suit's allegations Tuesday while noting that he had not yet seen a copy of the suit.

"Obviously my client denies he had any involvement in the death of this plaintiff's mother," he said.

"All I have to say is that Tyler's main focus right now is the criminal charges against him," said Ashpaugh's attorney, Jim Boren. "He is a young man with no assets and a potentially lengthy jail sentence ahead of him, so what limited resources he has will be devoted to the defense of his criminal case."

Hamed Ghassemi's suit, filed Friday, notes that Hamid and Taherah Ghassemi divorced in February 2015, and that his mother received $1.1 million in cash and two homes -- one in Baton Rouge and the other in Lafayette -- from his father as part of the division of community property. Hamid Ghassemi "timely and fully satisfied" those financial obligations, the suit says.

Hamed Ghassemi reported his 54-year-old mother missing from the Baton Rouge home on North Laurel Creek on April 12, 2015, the same day her burned late-model Jaguar sedan was found on a field-lined stretch of Chalma Avenue in the city.

Taherah Ghassemi's body was discovered May 16, 2015, in a shallow grave in rural St. Helena Parish with a gunshot to the head.

The suit repeats what authorities already have said: that Hamid Ghassemi paid $10,000 to have his former wife killed, and that Taherah Ghassemi was abducted from her home, put in the trunk of her car, shot in the head and buried. Hamid Ghassemi also provided a container of gasoline to burn her car "to hide potential evidence of the crime," the suit adds.

"Hamid Ghassemi, Tyler Ashpaugh, Daniel Richter and Skyler Williams are liable for the torture and unspeakable mental anguish perpetrated upon Taherah Ghassemi by her subsequent violent kidnap and murder," the suit alleges.

Hamed Ghassemi also seeks damages for his own mental anguish and pain over the loss of his mother.

Hamid Ghassemi, 66; Richter, 35, of Walker; and Ashpaugh, 22, and Williams, 19, both of Denham Springs, are being held without bail on first-degree murder charges.

In his lawsuit, Hamed Ghassemi also blames his father for the younger Ghassemi being falsely arrested and unjustly imprisoned in Iran for seven months after he returned there to bury his mother. He alleges his father "caused persons located in Iran to falsely accuse (him) of violation of various Iranian secular and religious laws."

Damico denied that allegation as well.

Hamed Ghassemi, who is no longer jailed in Iran, has been in court for several of his father's recent court appearances in Baton Rouge.

The East Baton Rouge Parish Sheriff's Office has said Hamid Ghassemi's cellphone records indicate he received a call from Ashpaugh about 12:45 a.m. the morning after his ex-wife disappeared, and Ashpaugh's phone records show he had been at Taherah Ghassemi's home the night she went missing and at the sites where her car and body were found.

Ashpaugh told detectives he went with Richter and Williams to the woman's home and abducted her. She was put in the trunk of her car and driven to a heavily wooded area near Pine Grove in St. Helena, where she was buried, authorities have said.

Richter once worked at one of Hamid Ghassemi's car dealerships, detectives have said. The elder Ghassemi owned Import One and Import One Elite on Airline Highway.