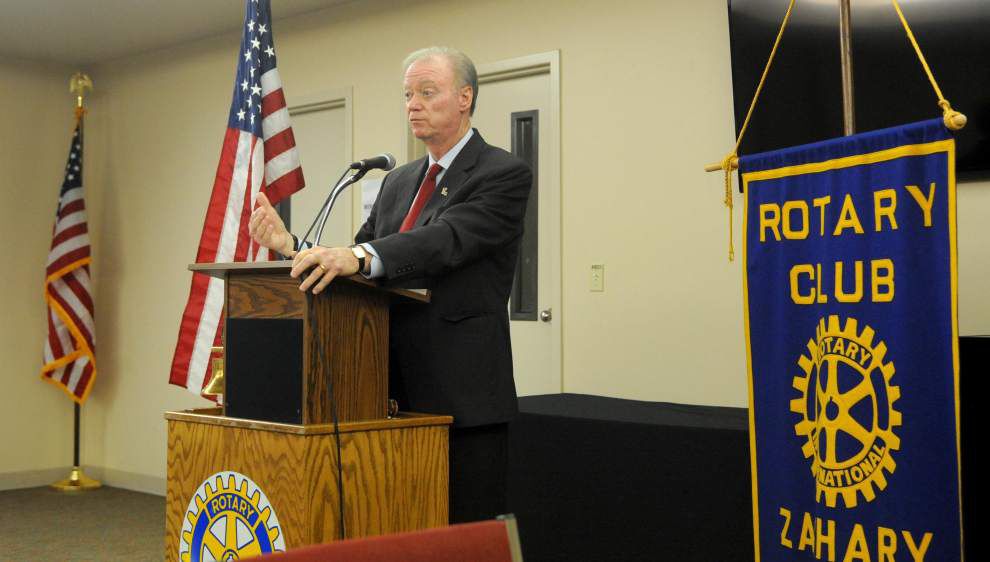 Secretary of State Tom Schedler speaks to Zachary Rotarians in January 2016 about technology meant to streamline the voting process and increase voter turnout among younger demographics. 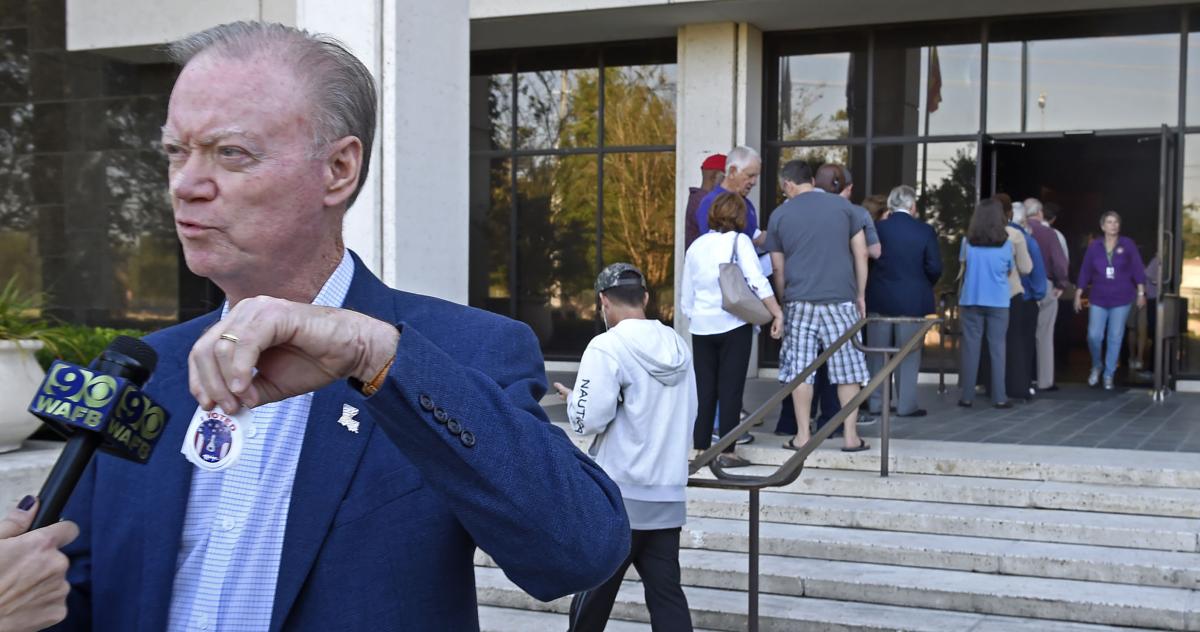 Secretary of State Tom Schedler speaks to Zachary Rotarians in January 2016 about technology meant to streamline the voting process and increase voter turnout among younger demographics.

Louisiana Secretary of State Tom Schedler is accused of sexual harassment in a lawsuit filed Thursday that claims he repeatedly propositioned an employee over a decade and retaliated against her after she rejected his advances.

The suit says Schedler would send the woman Valentine's Day cards addressed to "My Dearest Sunshine," roses, bottles of wine, clothing and sex tapes, despite her telling him she was not interested in a sexual relationship.

Through a spokeswoman, Schedler said he had a "consensual sexual relationship" with the woman in the past. Jill Craft, the woman's attorney, said that relationship did not happen.

Schedler kept watch over her home after buying a townhouse directly across from her and had her monitored by Secretary of State security personnel, the lawsuit alleges. Schedler obtained her boyfriend's license plate number and had it run, putting the printout on his desk for her to see, along with her boyfriend's business address, according to the suit.

Schedler said in a written statement that his office takes any allegation of sexual harassment "very seriously."

"I have not seen the suit or the specific details but as the father of three grown daughters and three granddaughters I can assure the public that I believe in a safe workplace, free from harassment, and will continue my record of transparency with my constituents," he said.

Schedler added that he and his wife have been living apart for a long time, and that "our friends and family have known of our personal status and have lovingly supported our decision."

Craft said Schedler acknowledged in a communication with the woman that she sent him an email telling him to leave her alone.

"In spite of what he acknowledged as very clear directives from my client …, Mr. Schedler persisted and not only refused to take 'no' for an answer, but punished her for saying 'no,'" Craft said.

The lawsuit against Schedler contends the harassment began in 2008 when he worked as then-Secretary of State Jay Dardenne's first assistant, and continued after Schedler was elected secretary of state in 2011.

"When Petitioner rebuffed his sexual advances, sometimes Schedler would back off and announce to Petitioner they can now just be friends only to have him escalate his behavior as time wore on and he would again make unwanted sexual advances toward Petitioner," the suit states.

Over the years, the suit adds, Schedler retaliated against the woman by transferring her to undesirable assignments.

Schedler named the woman his executive secretary in 2011 and told her he was a "changed man," the suit alleges, but soon after he told her he wanted her to be his girlfriend.

The woman acknowledged in the suit that she went on a trip to Sedona, Arizona, with Schedler at his request but only as a friend. When they arrived at the hotel, the suit says, Schedler said the hotel made a "mistake" and "accidentally" booked them into a honeymoon-like suite, so she slept on the couch after reiterating she was not interested in him sexually and telling him, "I will never go out with you."

In 2012, after she lost her temper and told Schedler he needed to leave her alone or she was going to report him, Schedler transferred her to the old State Capitol where she was given virtually nothing to do all day.

Schedler transferred her again in 2015, to the new State Capitol, with no duties and nothing to do. She continues to work for the Secretary of State's office, Craft said.

"Schedler continued to approach Petitioner asking her, words to the effect, if she had learned her lesson and whether/not she was now going to do what he demanded," the suit alleges.

Stephen Handwerk, the executive director of the Louisiana Democratic Party, on Thursday called on Schedler, a Republican, to resign if he can't clear his name.

The suit, which was filed at the 19th Judicial District Court and seeks monetary damages, has been assigned to Judge Tim Kelley.

America’s national reckoning on sexual harassment has now reached a corner of the culture that seems a surprising place for a scandal, the off…