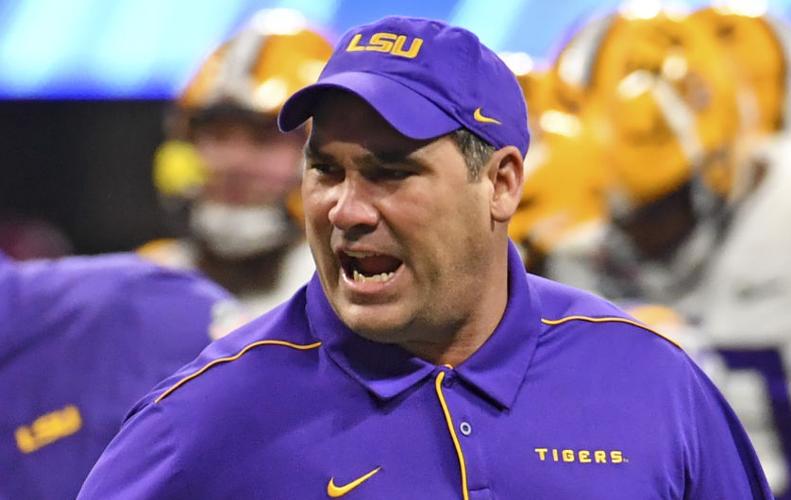 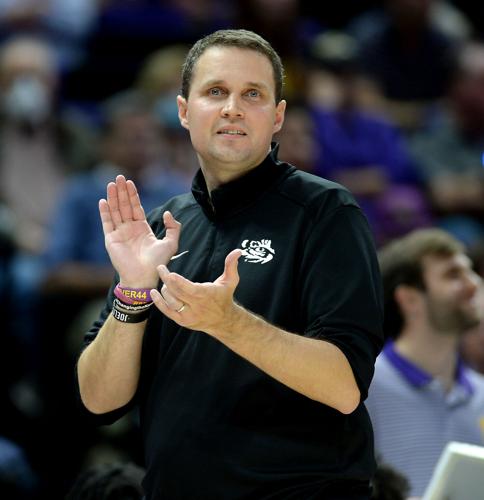 LSU head coach Will Wade smiles as one of his players draws a foul late in the second half of LSU's 74-58 win over Liberty University Monday night in LSU's Pete Maravich Assembly Center.

LSU head coach Will Wade smiles as one of his players draws a foul late in the second half of LSU's 74-58 win over Liberty University Monday night in LSU's Pete Maravich Assembly Center.

Cregg and his attorneys claim those records will demonstrate that LSU treated Cregg "drastically different" than Wade.

Cregg argues the NCAA never issued a ruling that he violated NCAA rules.

"At issue in the instant litigation is not only LSU's decision to terminate Coach Cregg's employment based on NCAA violations in the absence of the NCAA issuing any violation determination," Cregg's lawyers, Chris Whittington and Robb Campbell, state in a motion to compel the release of documents by LSU.

"Coach Cregg alleges other members of LSU's Athletic Department are actively being investigated for NCAA violations, yet LSU has not terminated their employment," Whittington and Campbell wrote.

The lawyers contend that LSU's conduct toward Cregg "was intentional."

The motion to compel says some of LSU's objections and refusal to respond to several requests for documents are insufficient and without merit.

"As a public institution, LSU should be forced to be transparent as it relates to hiring and firing practices within its Athletic Department," Campbell said Wednesday in a written statement.

"Coach Cregg's lawsuit will bring into the public view LSU's arbitrary practice of treating employees within the Athletic Department differently," he added. "We will also find out who is making the decisions to hire and fire coaches — the athletic director or the booster's that sink money into the program."

The NCAA has investigated alleged recruiting violations under Wade since 2018. After Yahoo Sports published excerpts from a conversation wiretapped by the FBI between Wade and now-convicted middleman Christian Dawkins, in which Wade described a "strong-ass offer” to a recruit, Wade initially declined to meet with LSU and NCAA officials. The decision led to an indefinite suspension that lasted 37 days in 2019. Wade eventually spoke with the groups.

Will Wade interviewed in latest part of ongoing NCAA investigation into LSU: source

LSU men’s basketball coach Will Wade interviewed last week with the Complex Case Unit, marking the latest step in an NCAA investigation that has dragged on for more than two years.

As part of his reinstatement, Wade forfeited $250,000 in incentives for the 2018-19 season. LSU also added a clause to Wade’s contract that allows the school to fire him for cause if it receives a notice of allegations for either a Level 1 or Level 2 violation.

Cregg sued the LSU Board of Supervisors in August for breach of contract stemming from his June termination. He had been the team's offensive line coach since 2018.

LSU has asked Fields to dismiss the lawsuit. The university says it did not violate Cregg's contract.

"Plaintiff's alleged damages were caused solely by his own actions and/or inactions and not by any action of the Defendant," LSU's lawyers, Leo Hamilton, Christine Keenan and Elizabeth Bailly Bloch, have argued in a court filing.

LSU did not violate former offensive line coach James Cregg's contract when the university fired him earlier this year, the school's attorneys…

Cregg's lawsuit acknowledged that then-coach Ed Orgeron provided Cregg a letter June 2 stating LSU's intent to fire him "for cause" because Cregg admitted to an NCAA enforcement official in May to "visiting with and providing gear to a team prospect during the COVID recruiting dead period."

"You also admitted to knowing such contact was impermissible when you engaged in the conduct," the letter stated. "This knowing violation of NCAA rules constitutes cause under … the Employment Agreement."

Cregg's most recent contract with LSU stated that, if he is terminated by LSU without cause, the university must pay him the total remaining base salary and supplemental compensation in monthly installments equal to the amount of time remaining in the term.

Cregg was entering the final year of his contract with LSU, which was set to pay him about $700,000 starting this year through the contract's expiration on March 31, 2022.

His departure came just over a year after LSU's offensive line was given the Joe Moore Award in the 2019 season for the nation's top blocking unit, an award that Cregg mentioned in his lawsuit.

Orgeron and LSU agreed to part ways at the end of this season, less than two years after he led the school to a national championship with one of the greatest teams in college football history.

The NCAA was scheduled to complete its investigation of alleged violations within the LSU men’s basketball and football programs by July 31, but that deadline has been extended, further stretching an investigation that has lasted roughly three years.