After Louisiana Attorney General Jeff Landry sued a reporter for The Advocate to conceal a sexual harassment complaint against a top deputy, a Baton Rouge state judge ordered that the complaint be released to the public.

The court released the complaint Monday, with redactions to protect the privacy of those who alleged that they were the subject of sexual harassment from Pat Magee, the director of the attorney general’s criminal division.

The complaint prompted an investigation from the law firm Taylor Porter. Magee was suspended for 38 days, docked $20,559 in pay and ordered to attend training sessions on emotional intelligence, professionalism in the workplace and conflict management. 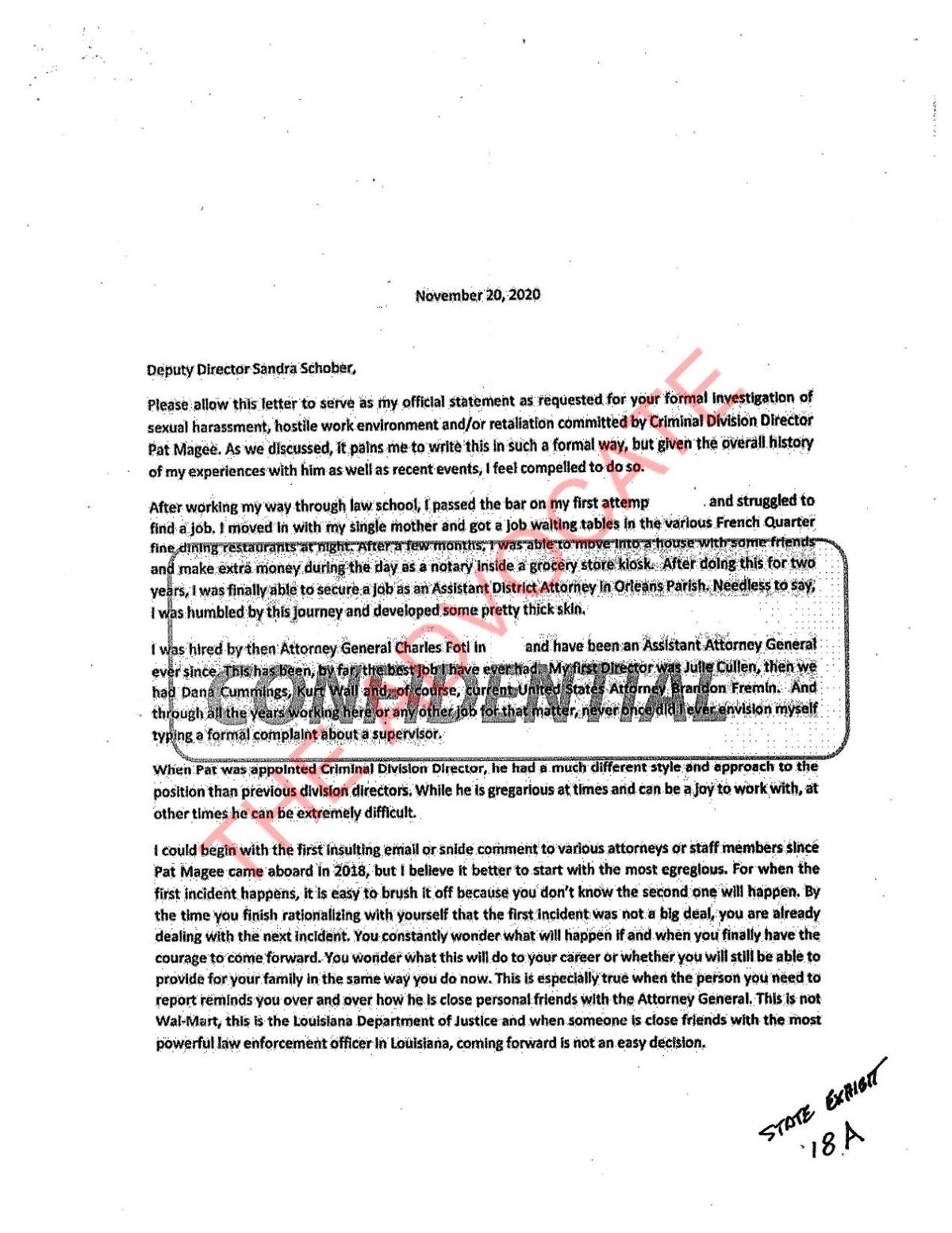 Inside the complaint against top Jeff Landry aide: 'Jurors would want to have sex with her'