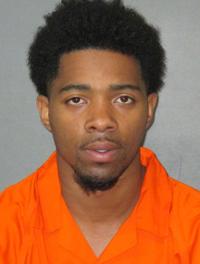 The formal charges came two days after a state judge set bond for the rapper, whose name is Mieyoshi Tyree Edwards, at more than $1.8 million.

At the bond hearing, an East Baton Rouge Parish sheriff's official described Edwards as a "top enforcer" with the TBG, or Top Boy Gorilla, gang that has been feuding with the NBA (Never Broke Again) and BBG (Bottom Boy Gorilla) gangs.

A judge set a new $1.8 million-plus bond Tuesday for Baton Rouge rapper Lit Yoshi — accused in a string of shootings that began in April 2019 …

Edwards, 21, was further charged Thursday in the bill of information that addressed the July 4 and April 6 shootings with two counts each of illegal use of weapons and aggravated criminal damage to property, and one count of assault by drive-by shooting.

Prosecutors charged Edwards in a second bill of information Thursday with aggravated assault with a firearm in a June 25 incident.

They also amended another bill of information filed July 15 to add a charge of illegal possession of stolen firearms. Edwards already was charged in that bill with illegal carrying of a weapon with a controlled dangerous substance. Both charges stem from a Feb. 28 incident.

Edwards is scheduled to be arraigned on the new charges Monday.

He also is charged in a bill of information filed July 20 with discharging a firearm from a car. That incident allegedly occurred in April 2019.

Ron Haley, one of Edwards' attorneys, said Thursday that the evidence against his client is largely circumstantial.

"Despite all that Mr. Edwards is charged with, there's only one witness that associates him with any of this stuff," Haley said.

On the afternoon of the Fourth of July, two adults and two small children were in a vehicle about to turn into an apartment complex in the 11300 block of Greenwell Springs Road when two assailants in a silver Ford F-150 fired at them, according to booking documents.

The victims' vehicle was similar to a car used by a high-ranking NBA member, authorities said Tuesday.

Video surveillance footage from businesses near the crime scene identified the assailants' vehicle, which detectives tracked to a rental car firm. The vehicle was rented by Edwards' girlfriend, who lives in Tickfaw. On July 6, East Baton Rouge Parish Sheriff's Office detectives, assisted by the Tangipahoa Parish Sheriff's Office, arrived at an apartment where the vehicle was seen leaving, authorities said.

They stopped the vehicle and took the driver, Edwards, into custody. After the arrest, detectives searched the vehicle and discovered two firearms, one of which was matched to ballistics found at the crime scene, an arrest report states.

Detectives also used rental car information and video surveillance to connect Edwards to the shooting three months earlier on April 6 at 6515 Hanks Drive. Edwards, with another assailant, is accused of firing at three people in the parking lot of an apartment complex, striking one multiple times.

At the time of the recent shootings, Edwards was out on bond after being arrested in December 2019 on a count of attempted first-degree murder in an April 2019 shooting at the AM Mart in the 2400 block of Highland Road. No one was struck.

Authorities have said that shooting also appeared to be gang-related.