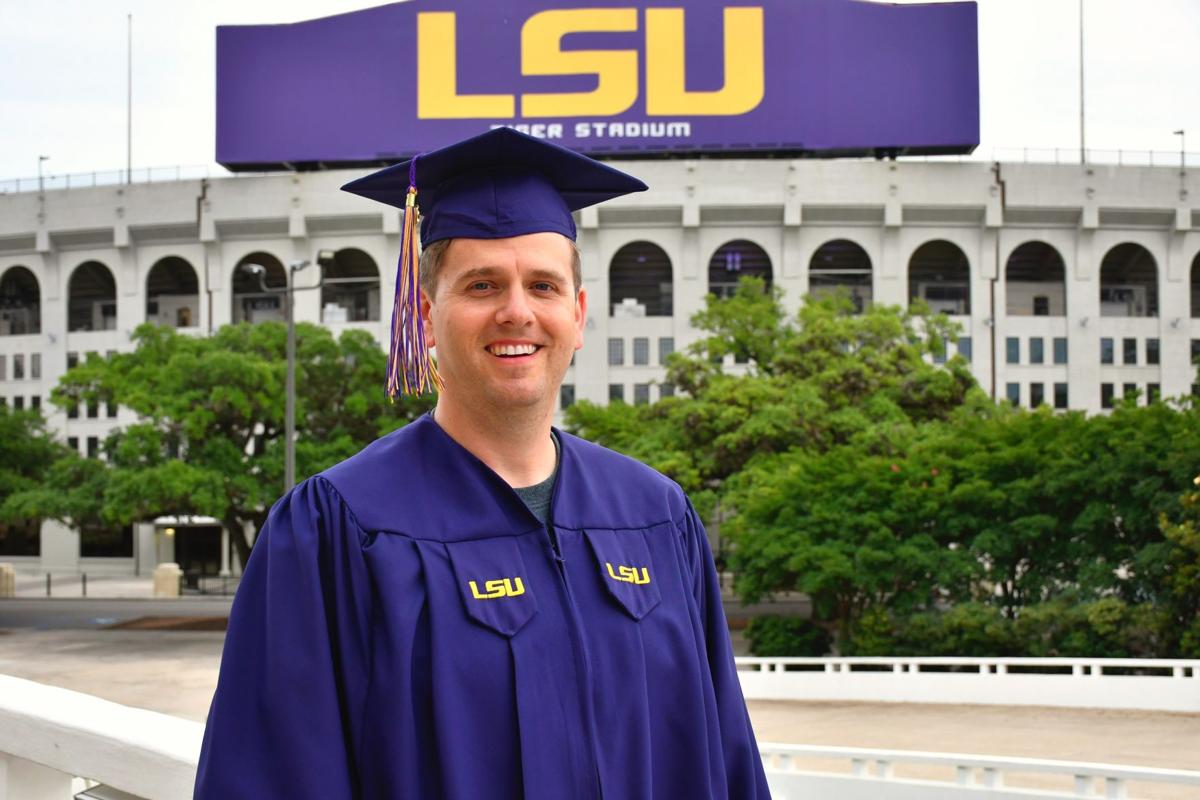 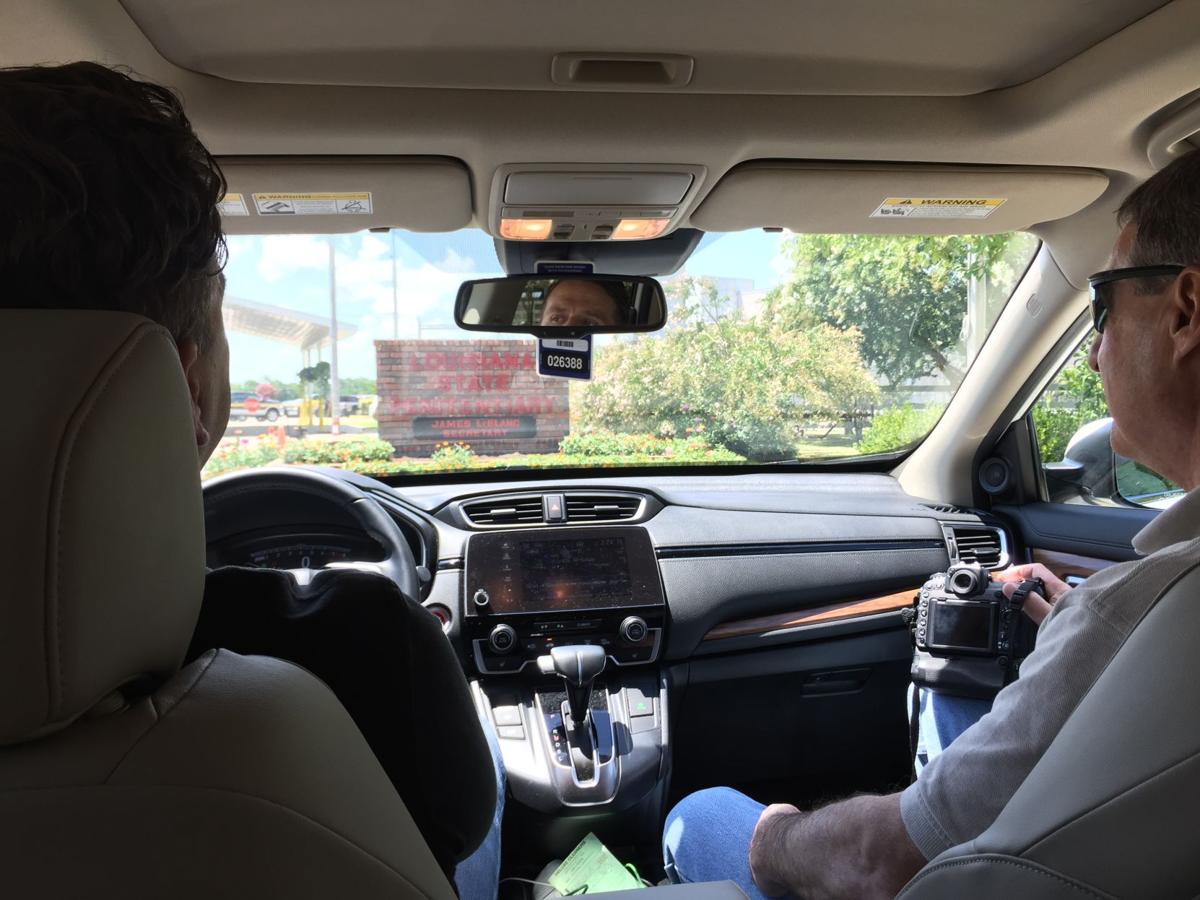 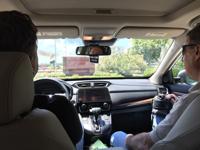 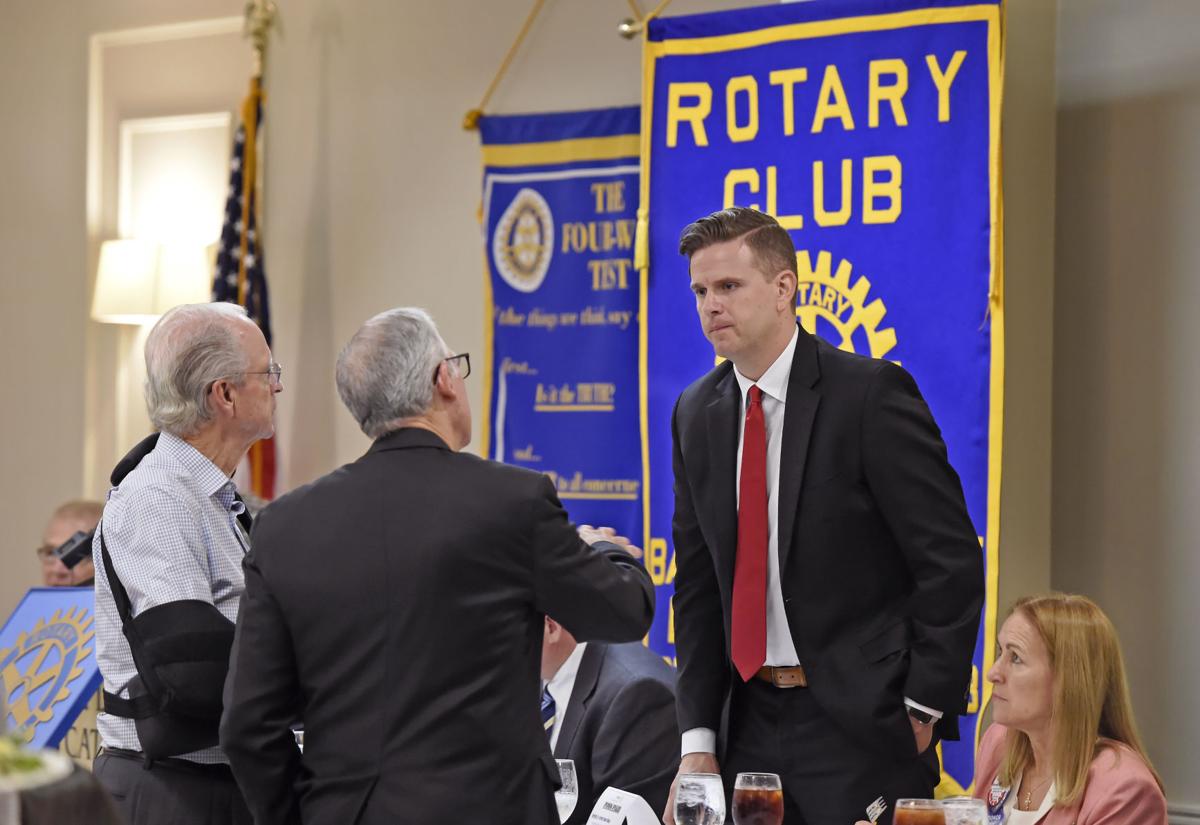 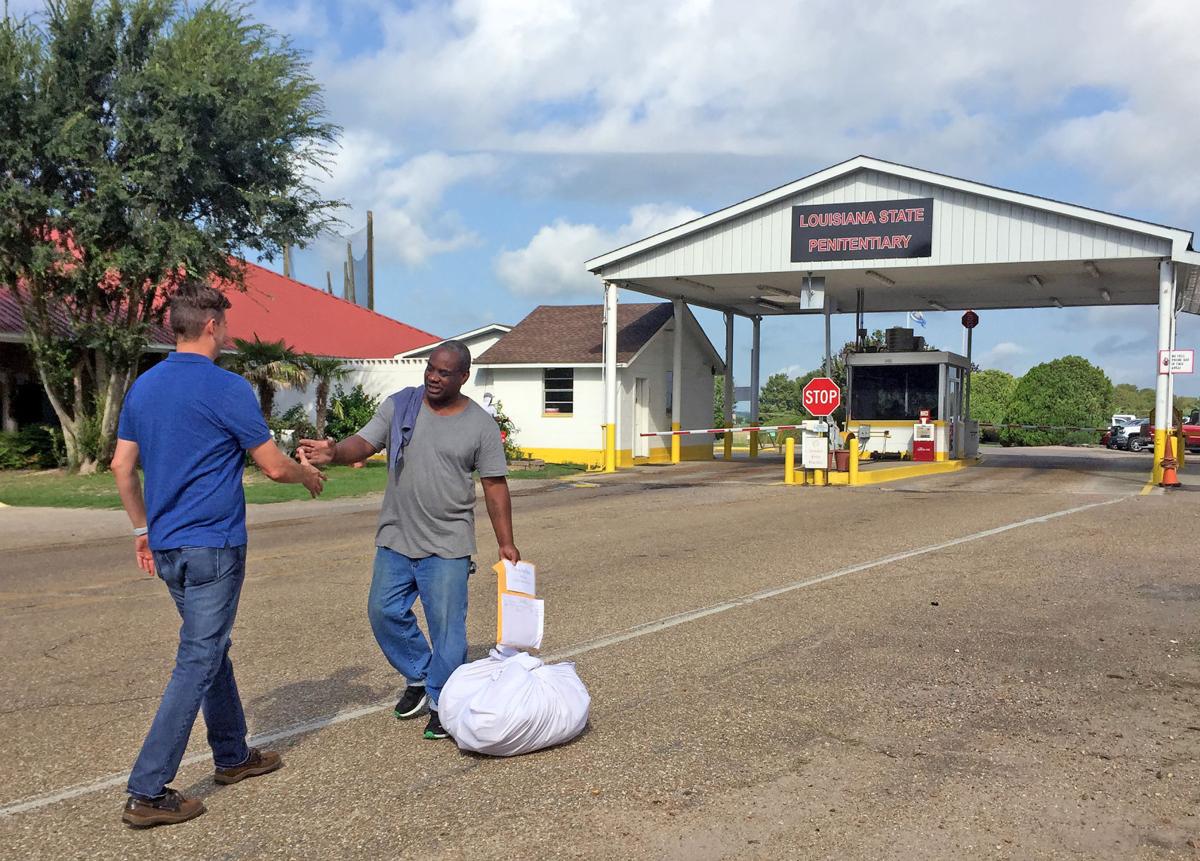 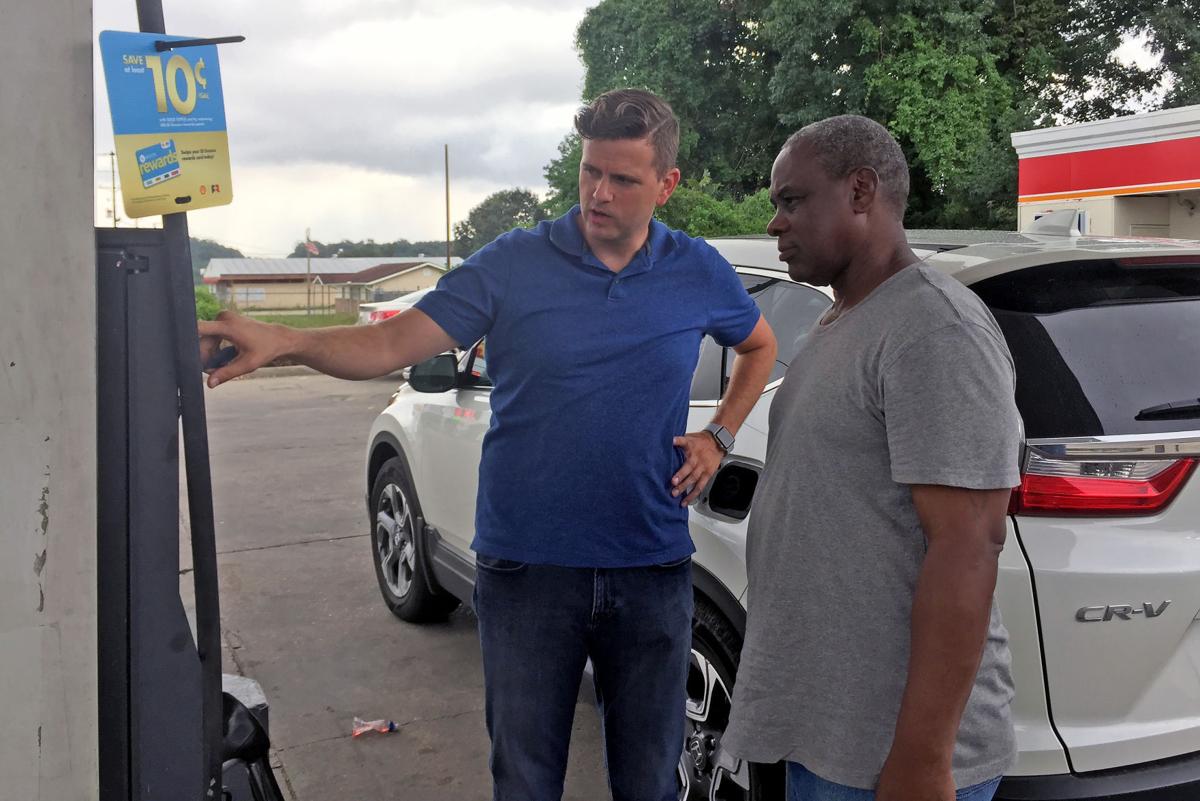 Three years ago, Andrew Hundley was still in prison. And only a few years before that, he had little hope he would ever re-enter society.

But on Friday, Hundley turned his tassel at the Pete Maravich Assembly Center, signifying his graduation from LSU with honors — a far cry from the Louisiana state prisons where he served almost 20 years.

"I could not imagine three years ago that I would be in this position: … an individual that’s accepted in his community as a strong contributor to society," said Hundley, who was released on parole in June 2016 following a string of Supreme Court decisions on youth criminology. "It’s just strengthened my belief in the power of second chances."

Hundley, now 37, was the state's first juvenile lifer freed from prison after the U.S. Supreme Court ruled that mandatory life-without-parole sentences for juveniles were unconstitutional. The court found in Montgomery v. Louisiana that youthful offenders have a greater capacity for change than adults and deserve a meaningful opportunity at release.

Less than 36 hours after his release from prison, Steve Perkins sat in front of a class of law students, giving them advice.

That decision in 2016 signaled a reckoning for many hundreds of such cases across the nation — and about 300 in Louisiana, including Hundley's — that deserved new consideration for a shot at freedom.

Hundley, a native of Eunice, was convicted of second-degree murder in the 1997 slaying of 14-year-old Terri Elizabeth Pitre, whose body was found burned and badly beaten behind a grocery store on La. 13 in Mowata, a small community 10 miles north of Crowley. Hundley was 15 at the time of the killing.

Convicted as an adult despite his age, Hundley was sentenced to mandatory life without parole.

Two decades later, Hundley, afforded his opportunity at parole, focused on getting back into the classroom as well as helping those he left behind in prison.

Building on the high school diploma and college coursework he completed while incarcerated, he first earned his associate's degree in criminal justice from Baton Rouge Community College and then his bachelor's in sociology, with a concentration in criminal justice, from LSU.

Hundley, who now resides in New Orleans, plans to continue his education this fall at Loyola University at New Orleans, working toward a master's degree in criminology and justice.

"Regardless of my prior incarceration, this degree, for me, means that I have social capital," Hundley said. "It opens the door for opportunities. Frankly, I have life experiences that are meaningful to potential employers and people who collaborate with my nonprofit, but now I have the academic background."

While he was taking classes, Hundley also helped found the Louisiana Parole Project, a nonprofit that helps juvenile lifers and long-serving prisoners through the parole process and, if granted, their re-entry into society. He is now the executive director.

Following his June 2016 parole hearing, 53 other juvenile lifers have gone before the Louisiana Committee on Parole, and all but 10 have been granted freedom. Hundley and his team at the Louisiana Parole Project have worked with all of them, representing most during the parole hearing through their re-entry, facilitating intensive reintegration plans.

"The clients that we serve are able to achieve great things if given the opportunity," Hundley said.

None of the Louisiana Parole Project clients have returned to prison; most are employed, have stable housing, and Hundley hopes a few will soon follow in his path of higher education. He took one of his clients on a tour of BRCC last week.

Hundley “is what the Montgomery decision is all about," said Marty Lensing, the former warden of Elayn Hunt Correctional Center and a former professor at BRCC who taught Hundley. "People do impulsive things in their youth (but) once they mature and have a chance to change, (they) are serious about change. … He’s kind of set the bar when it comes to rehabilitation and refocusing themselves for a successful re-entry into society."

Louisiana was the nation's third top jailer of so-called juvenile lifers when the Supreme Court said in 2016 that, except in the most rare cas…

Hundley, at his 2016 parole hearing, took responsibility for Pitre's death, sharing his remorse for his actions. Some of Pitre's family members opposed his release, and as a part of his parole conditions, Hundley is barred from entering Acadia Parish, where Pitre's family still lives.

“I recognize that all the good that I could do would not undo what I did years ago," Hundley testified at the hearing. "But I will say that if I’m given a second chance, I will spend every day trying to give back to this world, even though I can never replace what I stole from it."

While Hundley knows he's privileged in the support network that has helped fuel his accomplishments, he continues to argue that he is not an exception. He says that given the same opportunities and support, many people like him — other juvenile lifers or long-serving prisoners — can thrive back in society.

But Paul Guidry, a criminal justice professor at BRCC, said Hundley will always stand out among the many success stories of people returning from prison.

“I loved to have him in class. He challenged me as a professor and I learned a lot from him," Guidry said. "It's one of the most extraordinary success stories.”

Henry Montgomery's victory at the U.S. Supreme Court in 2016 created a way for hundreds of prisoners like him — those convicted of horrific cr…

Taking a hard-line stance against what he said is the growing problem of juvenile crime in New Orleans, District Attorney Leon Cannizzaro on T…