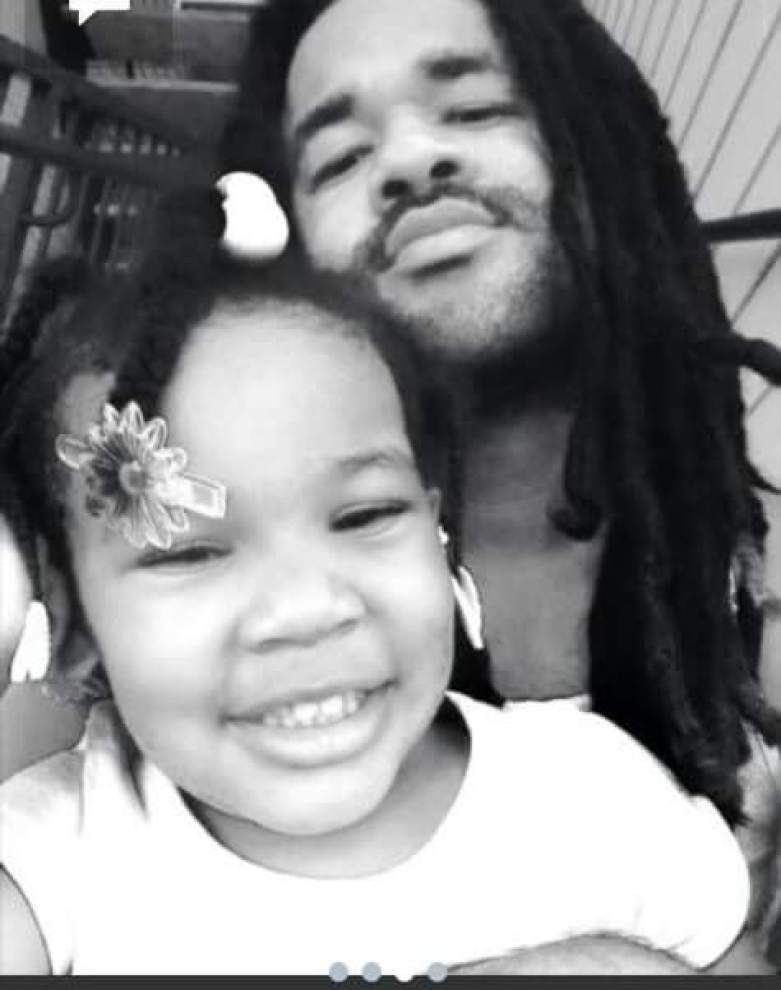 Photo provided -- Lamar Johnson, 27, with one of his children. 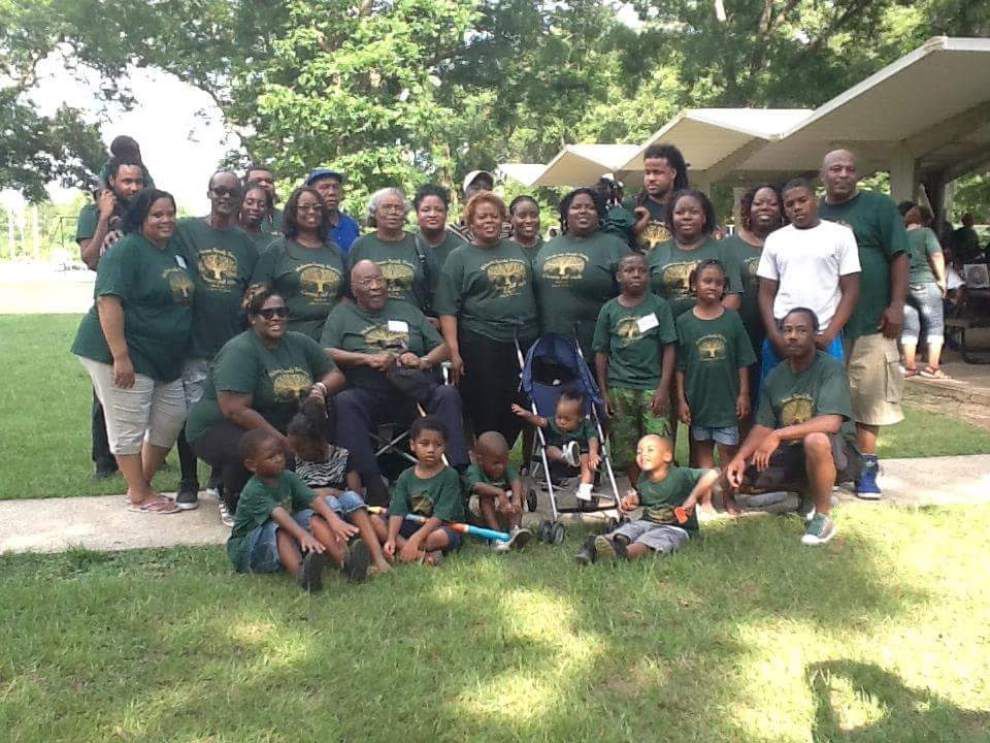 Photo provided -- Lamar Johnson, 27, back row, fifth from right, at a family reunion. 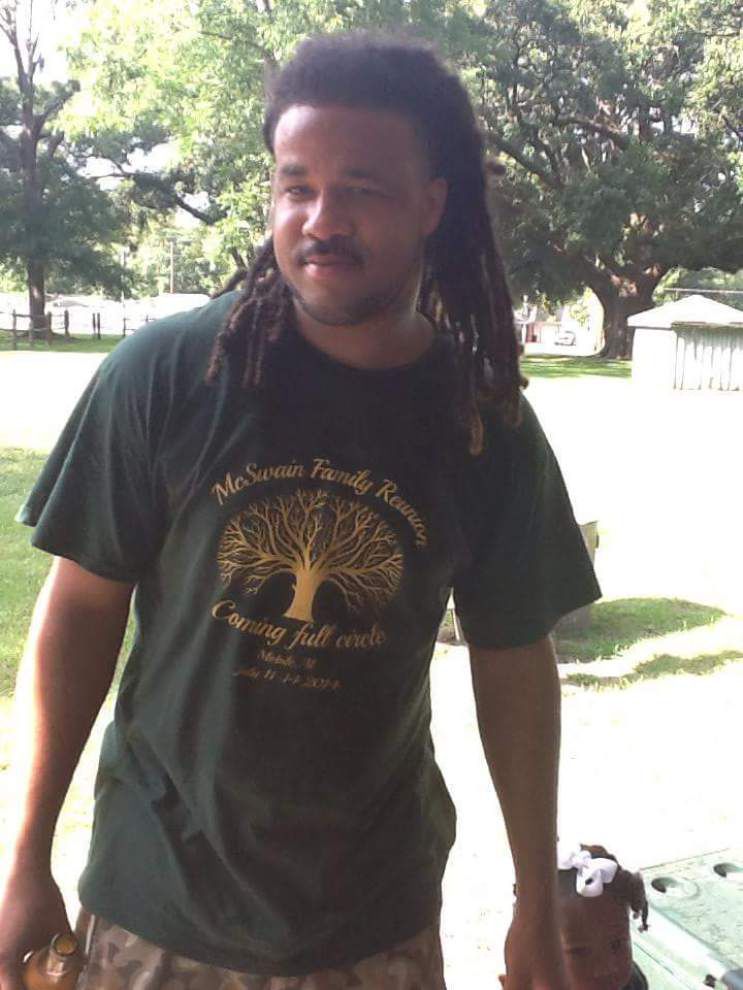 Photo provided -- Lamar Johnson, 27, with one of his children.

Photo provided -- Lamar Johnson, 27, back row, fifth from right, at a family reunion.

At first, Lamar Alexander Johnson tried to see the positive side of being taken to jail.

The 27-year-old father, who was on his way to pick up his grandmother from a dialysis treatment, didn’t grow upset when a Baker police officer stopped him for having tinted windows on May 26, 2015.

Instead, Johnson, who’d been wanted by Jefferson Parish law enforcement in connection with writing bad checks, told the officer he saw his arrest as an opportunity to finally deal with the counts.

“I admire that,” said Baker Police Sgt. Ryan Lowe, captured in a police car video of the encounter. “Everything happens for a reason. And I believe in my heart you’re trying to do right, because you’ve been honest with me since you stepped out the car, and I respect that,” Lowe told Johnson.

Four days later, Johnson was found hanging from a bar in his cell at the East Baton Rouge Parish Prison, suspended in a “semi-standing position” with his blanket knotted around his neck, according to a guard’s report. He died at a hospital on June 10.

Johnson’s death, ruled a suicide, drew skepticism last year from his family, who questioned whether foul play was involved and wondered how their cheerful loved one could have suddenly veered toward self-harm.

Now, in a federal lawsuit filed Thursday, the family is offering another explanation: Johnson committed suicide after ingesting synthetic marijuana. The lawsuit claims the drug is widely available in the jail and tolerated by guards.

Synthetic marijuana, which is not the same drug as marijuana, is a catch-all term for a type of chemically-sprayed plant substance that has been reported to cause psychotic behavior.

“(East Baton Rouge Parish Prison) guards participate in, and profit by, or at least negligently permit, the smuggling of drugs into (the facility), primarily ‘mojo,’ synthetic marijuana,” wrote lead attorney David J. Utter, in the complaint filed on behalf of Adrienne Lewis, the mother of Johnson’s young biological daughter, Liyah.

Utter said his legal team discovered the synthetic marijuana problem at the jail after interviewing some 30 current and former East Baton Rouge Parish Prison inmates who were held there around the time Johnson died.

“It was tragic and unfortunate that he chose to take his own life. In regards to the lawsuit, the family previously claimed that Johnson did not take his own life despite the overwhelming evidence. It seems the claim has now changed to the synthetic marijuana use,” Hicks said in a prepared statement. “As was the case with their prior claim, there is no evidence that supports this, including the coroner’s report, witness statements etc.”

Johnson, of New Orleans, was a video editor who worked for his brother’s small business specializing in commercials and music videos, said Lewis, Johnson’s 24-year-old girlfriend and the mother of his child. He’d graduated from Alfred Bonnabel Magnet Academy High School in Kenner and spent some time at the Art Institute of Atlanta.

“The way he was treating me, he showed me something different from all the other men I’d dated, how hardworking he was,” Lewis said. “It was all positive.”

Lewis said Johnson was mild-mannered and rarely grew angry, often preferring to distance himself from trouble.

His mother, Linda Franks, said when he was young, her son would come home crying from school because another child was being bullied.

“He was the dispeller of conflict. He would go into the middle of a situation and calm it down,” she said. “I’m not saying he never got frustrated. But he used that toward a constructive end.”

Franks acknowledged her son had brushes with the law, like his Jefferson Parish counts of monetary instrument abuse.

But she said she could only explain it by reasoning that he was trying to provide for his family.

“I would guess he was doing something to pay a bill,” she said.

Johnson sometimes spent time with family in Baton Rouge, Franks said, and was in Baker to ferry his grandmother to a medical appointment.

After being booked on May 26, 2015 on counts including not having a driver’s license, no proof of insurance and tinted windows, Johnson was assigned to a dorm called Q8, “reserved exclusively for African-American male prisoners” and known as “one of the largest and most dangerous dorms” in the jail, which is sparsely staffed, the lawsuit says.

While in Q8, Johnson ingested synthetic marijuana, causing him to be come a “deranged, paranoid and suicidal person,” the suit says, citing eyewitness reports. A disciplinary report written by a guard says Johnson requested to be moved from the dorm because “other inmates were talking about him.” The guard told him no, and after Johnson resisted, he was moved into solitary confinement.

Franks said she’s aware her son may have sometimes used marijuana, and could understand his wanting to smoke it if offered to him in a stressful situation like jail, but she said he was unlikely to knowingly use “mojo.”

Johnson was found hanging at 10:22 a.m. on May 30, 2015. Prison records show guards had last checked on him at 9:43 a.m. and 10:10 a.m. There aren’t typically cameras in cells at the parish prison, due to low ceilings. Footage of the hallway where Johnson was being held doesn’t appear to show any foul play.

Johnson, who was brain dead, was transported to a hospital, where he died June 10, 2015, documents show.

His autopsy report found that he died of oxygen deprivation due to hanging. Johnson had a high level — 8.8 nanograms per mililiter — of Delta-9 Carboxy THC, a metabolized version of the chemical found in traditional marijuana, according to his toxicology report. Johnson wasn’t tested for synthetic marijuana, since those tests, which can be expensive, are only ordered when there’s prior evidence the drug may have been used, said East Baton Rouge Parish Coroner William “Beau” Clark, whose office conducted the autopsy.

Still, Utter said the fact that Johnson had consumed traditional marijuana suggests the drug was available inside the jail.

THC metabolizes out of the blood quickly, within days, said Shane Evans, chief investigator at the coroner’s office. The level of THC present in Johnson’s blood would indicate he’d consumed the drug within a few days of testing, Evans said. Johnson was booked into jail four days before his first blood test.

But Hicks countered that “at this time there is been no evidence presented that would support that claim (that marijuana was available in the jail).”

Johnson’s family say they hope the lawsuit will help dig up answers to questions they’re still struggling with a year later. They wonder why Johnson wasn’t being monitored more closely, whether he could have received better mental health care, and if he could have been saved in the moments after he was found hanging.

Jail documents show members of the staff released the ligature from Johnson’s neck and performed CPR on him soon after he was discovered.

Franks, Johnson’s mother, said it has been difficult to get information from prison staff since the moment she first heard her son was in the hospital.

“If this troubled young man has in fact hung himself, it appears to me that (authorities) would want to be as open as possible. At least having some compassion for a taxpayer that pays your salary, sitting across from you,” Franks said of her interactions with Warden Dennis Grimes, the prison’s boss.

She said, instead, that Grimes interrogated her about Johnson’s psychological condition.

After Johnson died at the hospital, Franks said Grimes said to her husband, “It is what it is,” a comment she found dismissive.

In response, Hicks defended the jail staff’s work. “The warden and deputies that work at the prison take their jobs very seriously. It appears that Johnson’s family has filed against every individual working at the prison during his incarceration and prior to his taking his own life. It’s unfortunate that they have to deal with these sorts of allegations,” Hicks said.

Gary Chambers is not one to shy away from a conflict.

Hosey and Shantita Colbert, parents of 17-year-old Tyrin Colbert who was strangled by his cellmate in East Baton Rouge Parish prison in Februa…