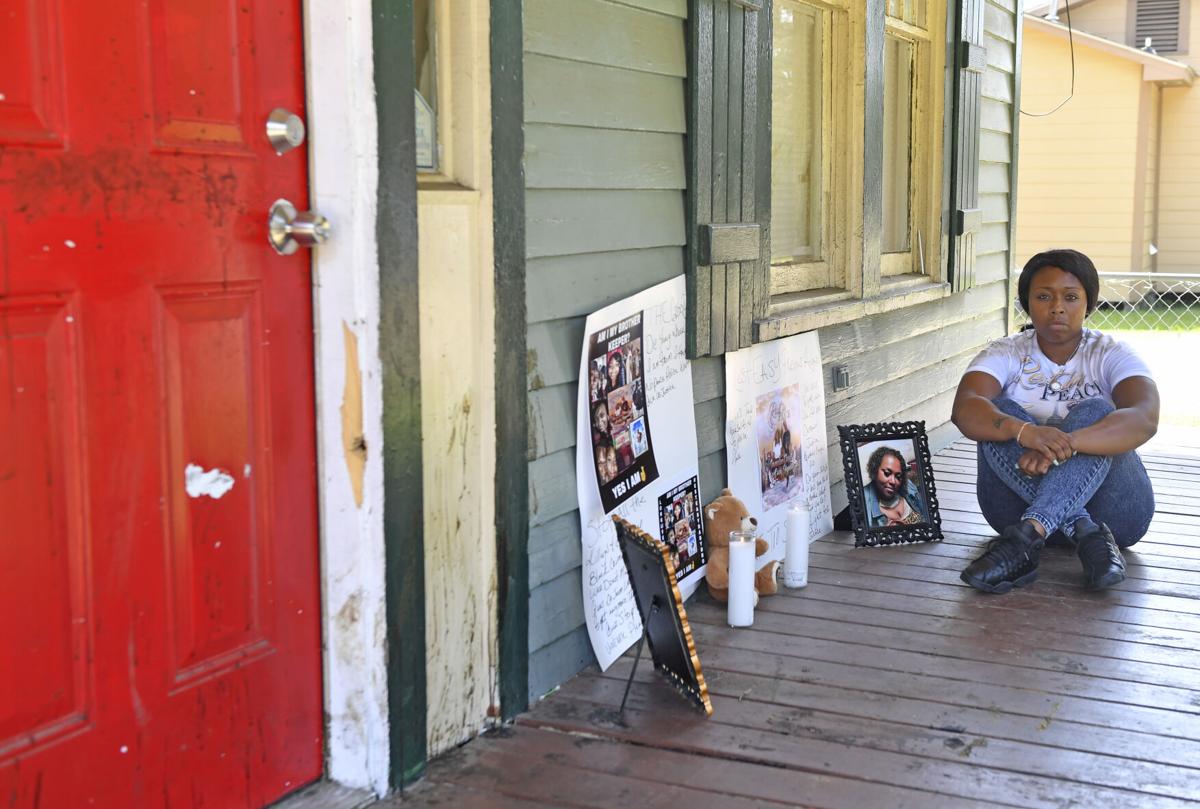 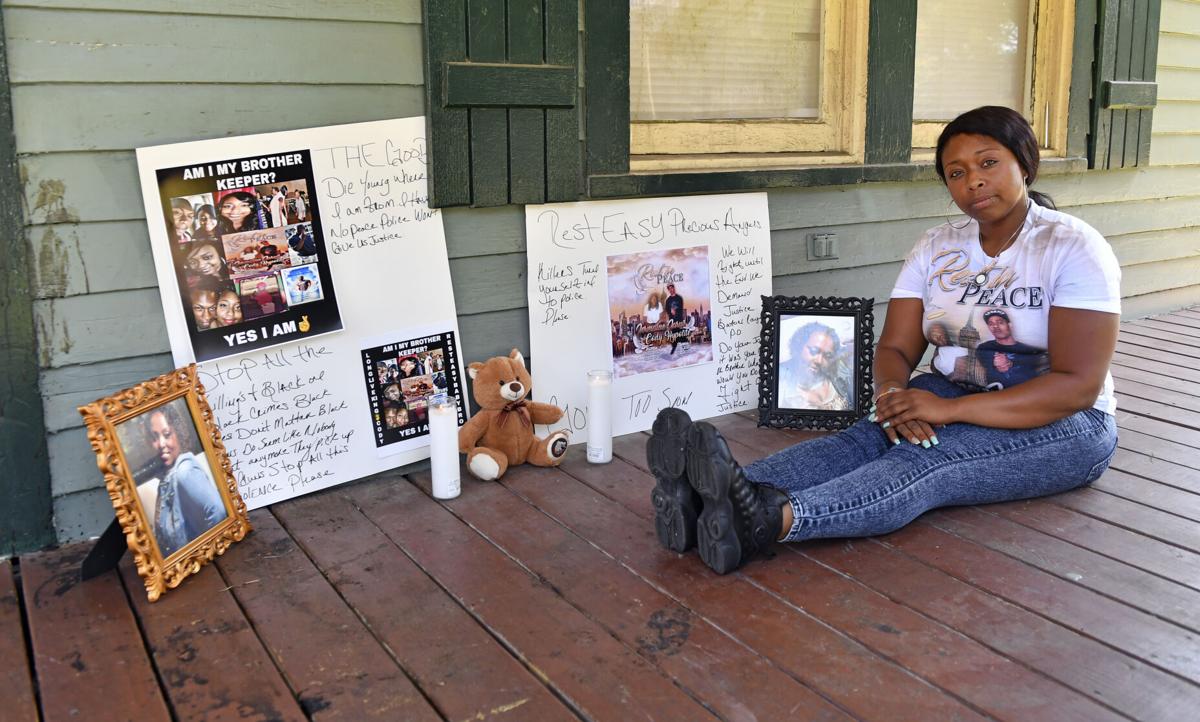 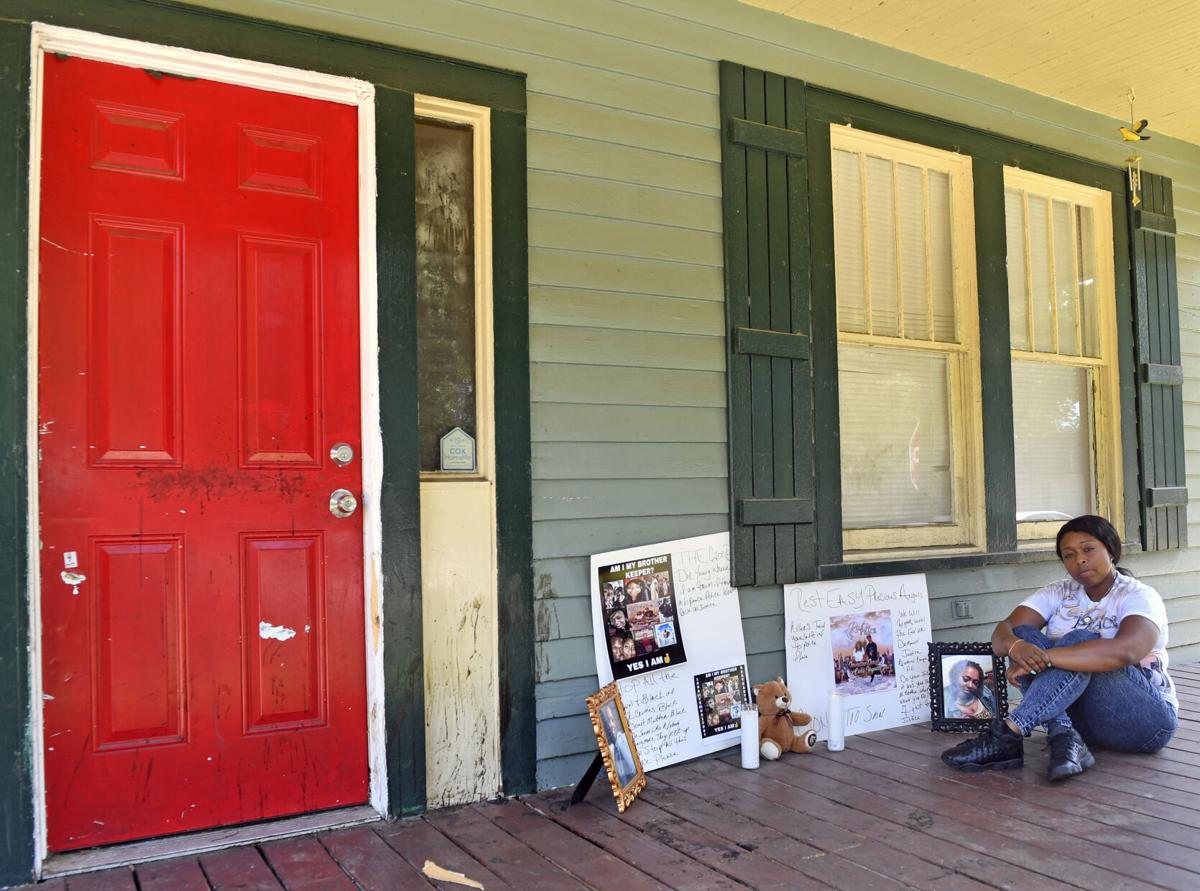 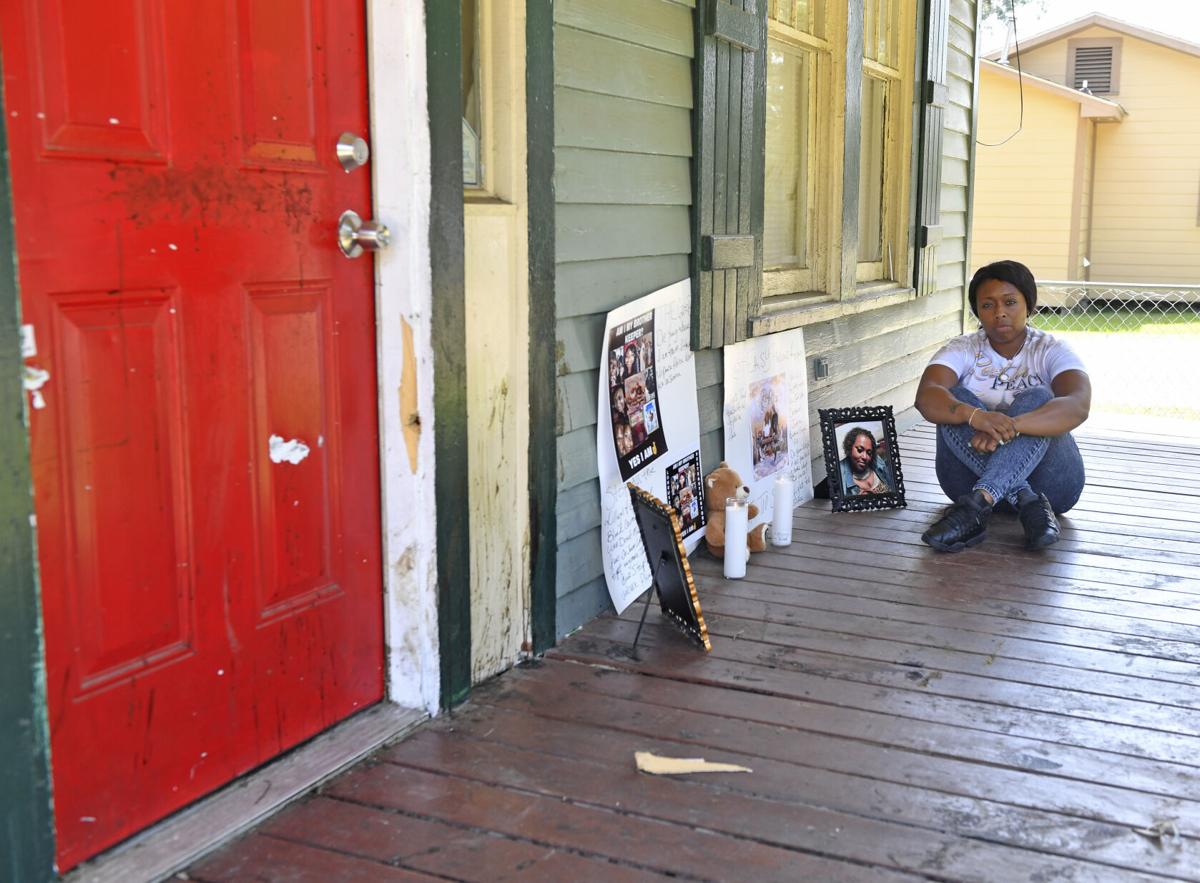 There was a lot to talk about. Both were devoted fathers and hardworking chefs. They had cooked at various Baton Rouge restaurants and most recently in the kitchens of LSU fraternities, keeping the students fed.

The men were wrapping up their conversation that night — knowing they would see each other again soon, maybe share another drink on the porch — when gunfire erupted nearby. Bullets whizzed toward the house on Linden Street and ripped through their bodies.

Now more than three weeks later, the two families find themselves living through the same unimaginable nightmare, their grief coupled with a sense of profound injustice. Baton Rouge police said detectives do not believe the victims were the shooter's intended targets.

"I will yell it from the streets. The killer needs to know — my brother is the one that kept me going, the one who gave me strength," said Hypolite's sister Brittney Johnson, her voice filled with pain and urgency. "You took two innocent lives. This is what you did."

The families also want change. They're tired of hearing the same stories over and over, tired of telling them.

"There are babies running around here with AK-47s," Johnson said. "We all need to wake up and get these guns off the streets."

Local officials have also expressed alarm amid a surging homicide rate. More than five dozen people have lost their lives to violence in East Baton Rouge since the start of 2020 — a 50% increase from this time last year, according to records maintained by the Advocate. At least three people were killed and several more injured in gunfire this week alone.

Baton Rouge police have released few details about the Linden Street shooting, which occurred July 15 outside Hypolite's house in an area off Plank Road that residents call Dixie. The neighborhood has long been plagued with frequent gun violence.

It was around 9:30 p.m. when someone opened fire toward the house, killing the men and injuring Hypolite's girlfriend. Officials said the woman was hospitalized but expected to recover. Baton Rouge police have since identified the suspected shooter as Dedric White.

Police announced Saturday morning that White, 26, had been arrested on murder counts. Surveillance video of the scene showed a white Chevrolet Impala arriving before the shooting and departing after, according to White's arrest report. Detectives linked that car to White and found images on his Instagram account of him posing with the vehicle and brandishing rifles and pistols. It appears the account has since been taken down.

White's criminal record includes a 2015 manslaughter conviction for which he was sentenced to five years in prison. He was accused in that case of shooting a teenage girl who had turned down his sexual advances. She died months later from complications.

White was also one of numerous people arrested last fall when police received a complaint about a group waving assault rifles while filming a rap video on Pampas Street, which is also off Plank Road not far from where the July 15 shooting occurred.

Jarvis and Hypolite had spent that afternoon together and later ended up on the porch, Johnson said.

She believes both men were bystanders caught in the deluge of gunfire, which police agree is likely the case. Officials have not released information indicating who detectives believe was the intended target.

The two victims had been friends for years, bonding over their common interests. They had worked together in various Baton Rouge restaurants, most recently in the kitchens of LSU fraternity houses.

"These were hardworking men, point blank period," said Karl Jones, a friend of the victims who worked with them at Galatoire's Bistro for some time. "I've been in the trenches with them for holidays and football seasons — when the grill gets so hot and you're just sweating bullets … but we could always laugh about it after."

He said the men would often hold two jobs, running from one kitchen to the next and working doubles to make ends meet. Both had established themselves in the Baton Rouge restaurant industry.

They were also loving fathers whose lives revolved around their children, friends and relatives said.

Jarvis spent much of his childhood in Baton Rouge and was well aware of the gun violence plaguing neighborhoods like Dixie, Jones said. Hypolite also worried about the violence, especially after his neighbor across the street was found shot to death in her house, his sister said. That was a few months ago and no arrests have been made.

Johnson said her brother wanted to protect his son, now 10 years old. She said Cody Jr. bears an uncanny resemblance to his dad; even their mannerisms are similar.

"He asked me who would kill his daddy, why did they have to take him," she said. "I had to sit down and explain to him how his daddy died — I told him the truth."

Both victims had no criminal convictions in East Baton Rouge, court records show. These were men who went to work every day and looked out for their families, friends and relatives said.

Experts have attributed rising murder rates in cities nationwide to the upheaval associated with the ongoing coronavirus pandemic, which left millions of Americans unemployed and sent children home from school months before their usual summer break. Local officials and law enforcement leaders are worried that trend will continue in the coming months as coronavirus cases continue rising across Louisiana.

The Baton Rouge Police Department started off 2020 with a slew of homicide arrests, including cases from previous years, but their clearance rate has ticked down in recent months amid the prolonged spike in killings. It nonetheless is hovering around the national average of about 60 percent. Cases are considered cleared when police make an arrest, or identify a suspect but determine arrest is impossible such as when that person has died.

A dozen people have been killed over the past five weeks — including two double homicides — and the Linden Street case is the only one that has been solved.

Baton Rouge police chief: 'I am worried' about homicide rate amid coronavirus pandemic

In addition to delivering a global pandemic and unprecedented economic downturn, 2020 is threatening to become Baton Rouge's most murderous ye…

Johnson's family includes multiple law enforcement officers, and she's worked as a corrections officer and licensed bounty hunter. Johnson said she did everything possible to help BRPD detectives solve her brother's case. She was relieved and grateful when White's arrest was announced, though she's still struggling to imagine a future without her brother.

She also worries about her two sons, ages 15 and 9. She's hoping to move her family out of Louisiana and save her children from the dangers of growing up in Baton Rouge.

She said police brutality against Black men is an issue that deserves attention, especially after officers in Minneapolis killed George Floyd — but she wants to see more outrage around the much deadlier epidemic of American gun violence that claims thousands of lives each year. The vast majority of Baton Rouge homicide victims are Black males.

"What's the point of screaming Black Lives Matter when you're killing your own kind," she said. "This is our reality. This is what we need to start fighting for."

Watch: Protesters detained in Baton Rouge for refusing to move off of BRPD property

Speakers are blaring and people are dancing, showing off nice cars and new outfits, blowing off steam. But the chance to let loose and sociali…