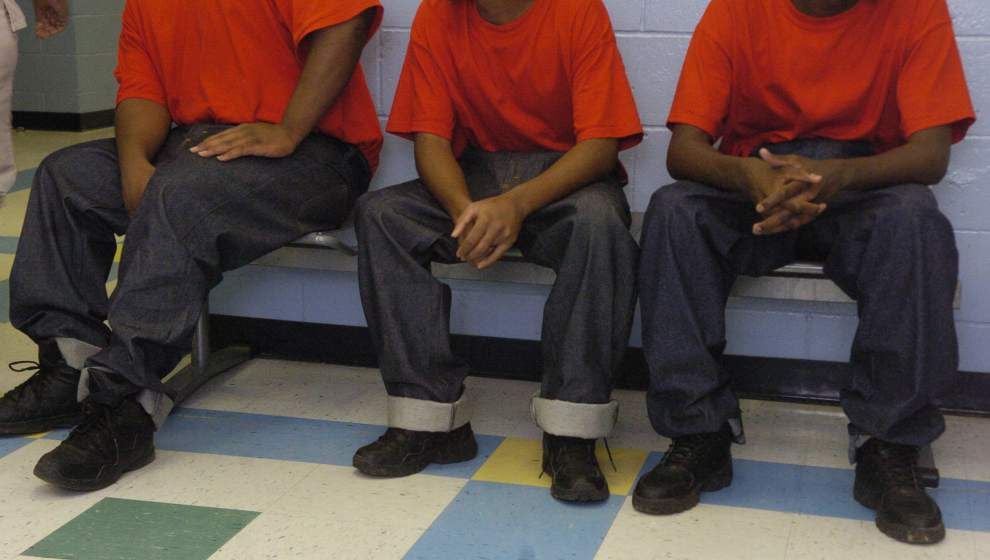 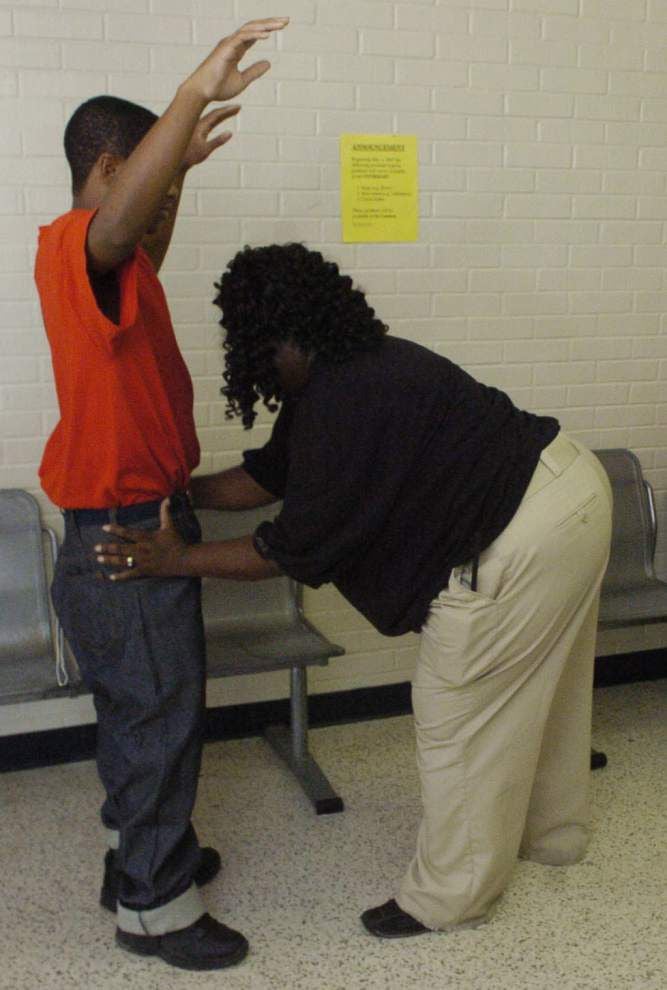 By most societal standards, 17-year-olds aren’t adults. They can’t buy cigarettes, never mind a six-pack of beer. They can’t join the armed services without parental consent. They aren’t allowed to vote.

But if a 17-year-old in Louisiana gets caught by police breaking into a car or carrying marijuana, they enter the adult criminal justice system.

This makes Louisiana an outlier in the United States, one of nine states that doesn’t set the bar to be treated as an adult criminal suspect at 18. Now, there’s some effort to change that, with the Louisiana Legislature last year commissioning a study to review what the effects would be if the state raised the age.

With the Legislature’s focus this year concentrated on the state’s budget woes, some lawmakers said they are uncertain how much traction the proposal could get during the upcoming regular session, unless a switch is deemed to be a potential money saver. A couple key lawmakers in the criminal justice arena also said they aren’t yet sold on the idea.

But supporters say it’s time for Louisiana to make the change.

“We can’t hold 17-year-olds in adult prisons, subject them to adult sentences and impose lifelong convictions when we understand their actions are the actions of children,” said Josh Perry, executive director of the Louisiana Center for Children’s Rights. “It’s counterintuitive.”

Advocates for the change argue that juveniles are more likely to change their behavior, so they should be given a second chance. Unlike adult prisons, which are primarily custodial, juvenile facilities are supposed to be more treatment- and therapy-based, giving minors a better chance to be rehabilitated.

Advocates for raising the age also note that 17-year-olds are more prone to risky behavior and are less able than adults to consider consequences and control their emotions.

“Even a 21-year-old doesn’t have the same kind of cognitive development as adults and hasn’t reached full brain development,” said Jack Harrison, an attorney with the East Baton Rouge Parish Public Defender’s Office.

East Baton Rouge Parish Juvenile Court Judge Pamela Johnson noted that mistakes that could be chalked up as “kid activity,” like a school fight, can land a 17-year-old student in the parish’s adult jail. “Because of their age, they’re ending up in the adult system,” she said.

Just short of 6,000 17-year-olds in Louisiana were arrested in 2014, according to Stephen Phillippi, director of the Institute for Public Health and Justice at LSU. Phillippi, who is putting together the report due to the Legislature at the end of January, said that figure includes everything from traffic violations to violent crime, though, meaning not all of these teens enter the criminal justice system.

Teenagers as young as 14 can be transferred to adult court if they are accused of serious, violent crimes, such as rape, murder and armed robbery. Any proposed legislation to extend the juvenile age through 17 would retain that option, legislators have said.

According to a recent poll conducted by the LSU Public Policy Research Lab for the Louisiana Center for Children’s Rights, about two-thirds of Louisianians support raising the criminal age of adulthood. The same poll, which surveyed adults across Louisiana from Sept. 17 to Oct. 11, found that 73 percent favored expanding treatment and counseling for those arrested under the age of 18, as opposed to sending them to prison.

But lawmakers are unsure the law change would be successful in the state House and Senate, at least this year.

State Rep. Walt Leger, who authored the resolution last year calling for a study, said changing the law would find a place at the table only if it helped reduce the $1.9 billion state budget deficit.

“When the report comes out, people will take a good look at it. If there is a way to change (the age) that doesn’t put the state in any sort of danger … and there are savings to be had, it’s a serious policy to consider,” said Leger, D-New Orleans. “The truth of the matter is the only focus is on the budget and the fiscal crisis.”

Harrison said he doubted there would be savings in the short term.

“The savings are going to be long term,” Harrison said. “I don’t think there will be any real problematic costs in the short term either, though.”

State Sen. Danny Martiny, R-Metairie, who serves as a member of the Senate Judiciary A Committee, said the Louisiana District Attorneys Association and the Louisiana Sheriffs’ Association would need to back the proposal for it to have a reasonable chance at passing. Those two groups have not yet taken a position, their executive directors said.

“I’m kind of torn on whether it’s a good idea,” Martiny said.

Rep. Joe Lopinto, R-Metairie, who has been chairman of the House Criminal Justice Committee for the past four years, said the issue has not been discussed in the eight years he’s been a member of the panel.

Lopinto said his gut feeling is that the Legislature would be against raising the age.

Martiny and Lopinto both said if a proposal were introduced today, they would not support it.

“I’m not as opposed to the idea as I am concerned about getting through the Legislature with a new leadership in the House,” Martiny said.

In the past five years, Illinois, Massachusetts and New Hampshire have raised the age of juvenile court jurisdiction from 17 to 18, according to a report released in September by the National Conference of State Legislatures.

Johnson, the juvenile judge, said that after studying other states, including Illinois, Idaho and Arkansas, she is in favor of raising the age by one year. In East Baton Rouge Parish, several stakeholders, including the two juvenile judges and representatives of the District Attorney’s Office and Public Defender’s Office, met recently to discuss how an age change would affect the parish.

Johnson said other states have seen a decrease in costs, partially based on lower rates of recidivism. In addition, Johnson noted that juvenile cases are processed more quickly when compared with the adult system process. Johnson said she does not see a need for the juvenile justice system to receive more funds to pay for the adjustment.

Curtis Nelson, the parish’s chief juvenile prosecutor, said the local detention facility should have no problem holding a few more juveniles per day, which he said most likely would be the case.

But Deron Patin, interim director of the Baton Rouge Department of Juvenile Services, is less certain.

“There are so many factors. Even with data, there’s going to be a lot of what-ifs,” Patin said. “It is going to be an impact, but what level of impact is the question.”

East Baton Rouge Parish District Attorney Hillar C. Moore III said moving the age of legal adulthood from 17 to 18 would not make much of a difference as long as prosecutors “could still transfer those dangerous ones to adult court.”

Gina Womack, executive director of Families and Friends of Louisiana’s Incarcerated Children, said one of the main reasons she wants to see the age changed is so that parents can be informed when their children are arrested and then be involved in their court cases.

In Connecticut, Gov. Dannel Malloy suggested an even more ambitious change, proposing the state raise its age to enter the adult system to 21. The Connecticut legislature returned 16- and 17-year-olds to juvenile court jurisdiction in 2007, and the state reduced its overall spending on juvenile justice by $102 million since 2002, the National Conference of State Legislatures report said.

This jump seems unlikely in Louisiana, but Womack said she’d like to see the state take Connecticut’s lead.

“It often baffles me how we hold children accountable as adults when they’re children,” Womack said.

“I don’t expect that’s going to be a real conversation for a while,” Harrison said. “We have to take steps. The first step is to at least make Louisiana law consistent with the vast amount of the country.”

*This article was edited after publication to clarify that the LSU poll was conducted for the Louisiana Center for Children’s Rights.