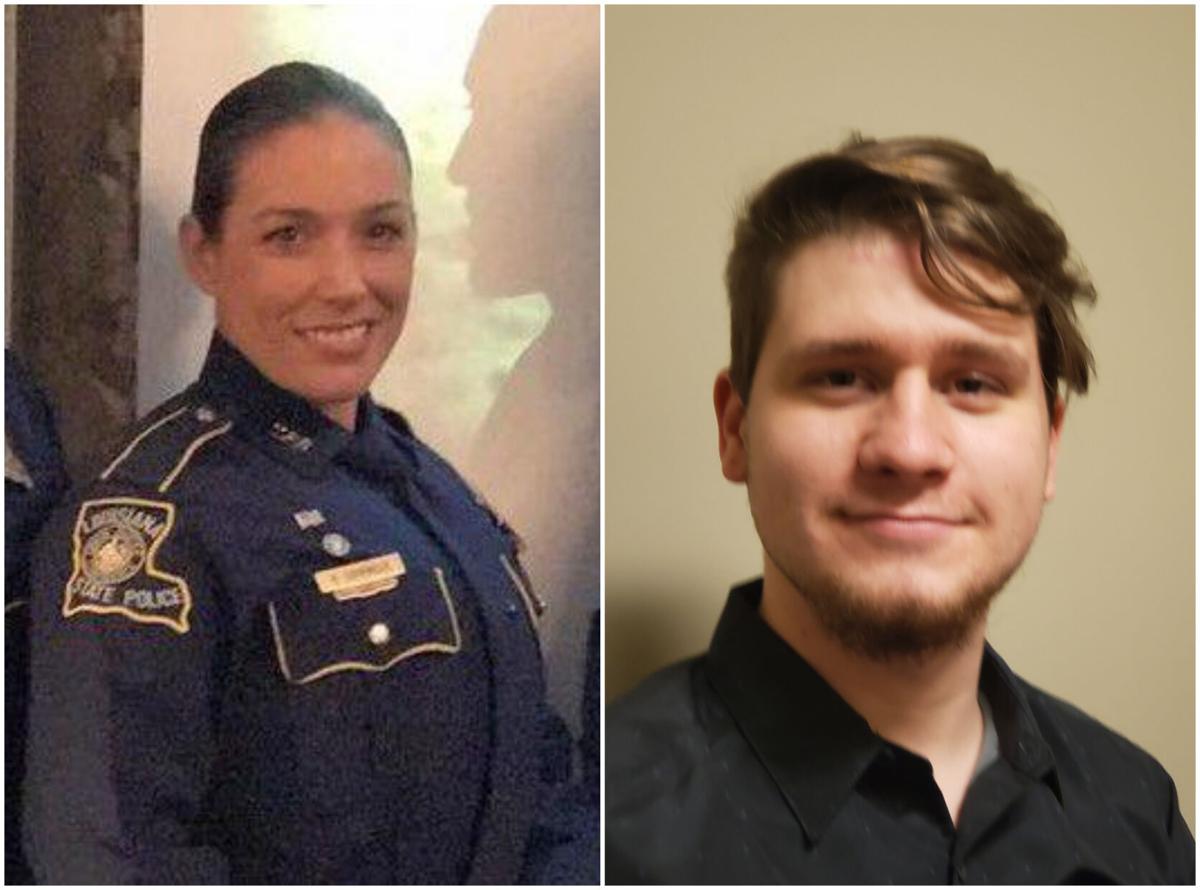 Louisiana State Trooper Kasha Domingue, left, has been indicted on two counts in the 2018 shooting of teenager Clifton Dilley, right, during a traffic stop in Baton Rouge. Dilley, who was shot in the back, was unarmed at the time of the incident. 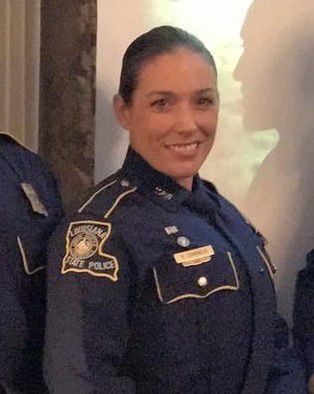 Louisiana State Trooper Kasha Domingue, left, has been indicted on two counts in the 2018 shooting of teenager Clifton Dilley, right, during a traffic stop in Baton Rouge. Dilley, who was shot in the back, was unarmed at the time of the incident.

A grand jury indicted a Louisiana state trooper Thursday in the shooting of an unarmed teenager two years ago, saying she was wrong to fire her weapon at him during a traffic stop behind a Perkins Road grocery store.

Clifton Dilley, then 19, was a passenger in a car whose driver had been pulled over for allegedly making an illegal U-turn. Trooper Kasha Domingue shot at Dilley while he fled, striking Dilley in the back and leaving him partially paralyzed. The indictment accuses her of aggravated second-degree battery and illegal use of a weapon.

The district attorney had said in July that, in his 11 years as prosecutor for Baton Rouge, he had never overseen a case in which a law enforcement officer was charged with a crime after killing or injuring a civilian in a shooting.

A state investigator's affidavit says Dilley was charging toward Domingue when he was shot, but a federal lawsuit says he was running away.

Dilley was in the courtroom Thursday when the indictment was handed up; he declined comment and it wasn't known if he had appeared before the grand jury. He arrived in a wheelchair.

A year and a half after Louisiana trooper shot man during traffic stop, investigation still open

Nineteen months after a shooting behind a southeastern Baton Rouge grocery story, State Police Trooper Kasha Domingue spends her days behind a…

The East Baton Rouge District Attorney's office sent the case to the grand jury after completing its own investigation. DA Hillar Moore and his office review shootings when law enforcement officers injure or kill a civilian in the order in which they happen.

Domingue was not arrested immediately but prosecutors said an arrest warrant will be prepared shortly. She will be arrested by state police detectives and booked into East Baton Rouge Parish Prison.

Her attorney, John McLindon, declined to comment until he saw the indictment.

Moore said after the indictment was handed up that the panel had reached the correct decision, using information that had been gathered by the State Police, Domingue's own agency.

“The grand jury was presented with a lot of information over two days," he said. "This is an appropriate grand jury return...The investigation was thorough and complete."

The shooting occurred behind the Village Grocery on July 10, 2018. The battery charge accuses Domingue of  "intentionally inflicting serious bodily injury" and the weapons charge says she "discharged a firearm in a place where it was foreseeable that it might have resulted in death or great bodily harm to a human being."

According to the federal lawsuit, Domingue initially reported to dispatch that she had fired her stun gun at Dilley, rather than her service weapon, which slowed the emergency response.

"Had Trooper Domingue used the appropriate code to indicate she had shot someone, paramedics would have responded accordingly," the lawsuit reads. "Instead, Dilley received less urgent, delayed care."

The attorney issued a statement on Dilley's behalf, saying he and his family were "grateful that District Attorney Hillar Moore and his office are taking this first step in the prosecution of Kasha Domingue."

"The family understands the difficulties associated with these prosecutions and also respects the jobs that the men and women in law-enforcement do every day to protect us and keep us safe from harm," the statement said. "Trooper Domingue, however, caused substantial harm in this case by shooting Mr. Dilley in the back when he was unarmed and only a witness of a traffic stop."

In three prior instances — within an eight-month span — Domingue fired a stun gun at people she encountered while on duty, all of whom were unarmed, according to use of force documents obtained from State Police.

Domingue graduated from the Louisiana State Police training academy in December 2015 and was initially placed with Troop I in Lafayette, according to media reports at the time.

Louisiana State Police released a statement shortly after the indictment was announced saying Domingue has been placed on paid leave pending an administrative investigation.

“Louisiana State Police began an immediate investigation into the incident and has cooperated fully with the East Baton Rouge District Attorney’s Office,” said Colonel Kevin Reeves, Louisiana State Police Superintendent. “I remain confident in our investigative process. Through the judicial system, I expect a fair and just outcome to this incident.”

Only two other officer shootings have been sent to a grand jury in the past four years. Both involved Baton Rouge police officer Yuseff Hamadeh, who resigned from the city police department amid accusations he lied about shooting at a fleeing motorist during a 2018 traffic stop. That shooting occurred one year after he shot and killed another suspect under similar circumstances.

4 years after Alton Sterling, here's what reviews of police shootings look like in Baton Rouge

Since Alton Sterling's death four years ago this month, the East Baton Rouge Parish District Attorney's Office has reviewed 15 cases in which …

In 2018 shooting of unarmed Baton Rouge teen, indicted trooper to be arraigned Jan. 29