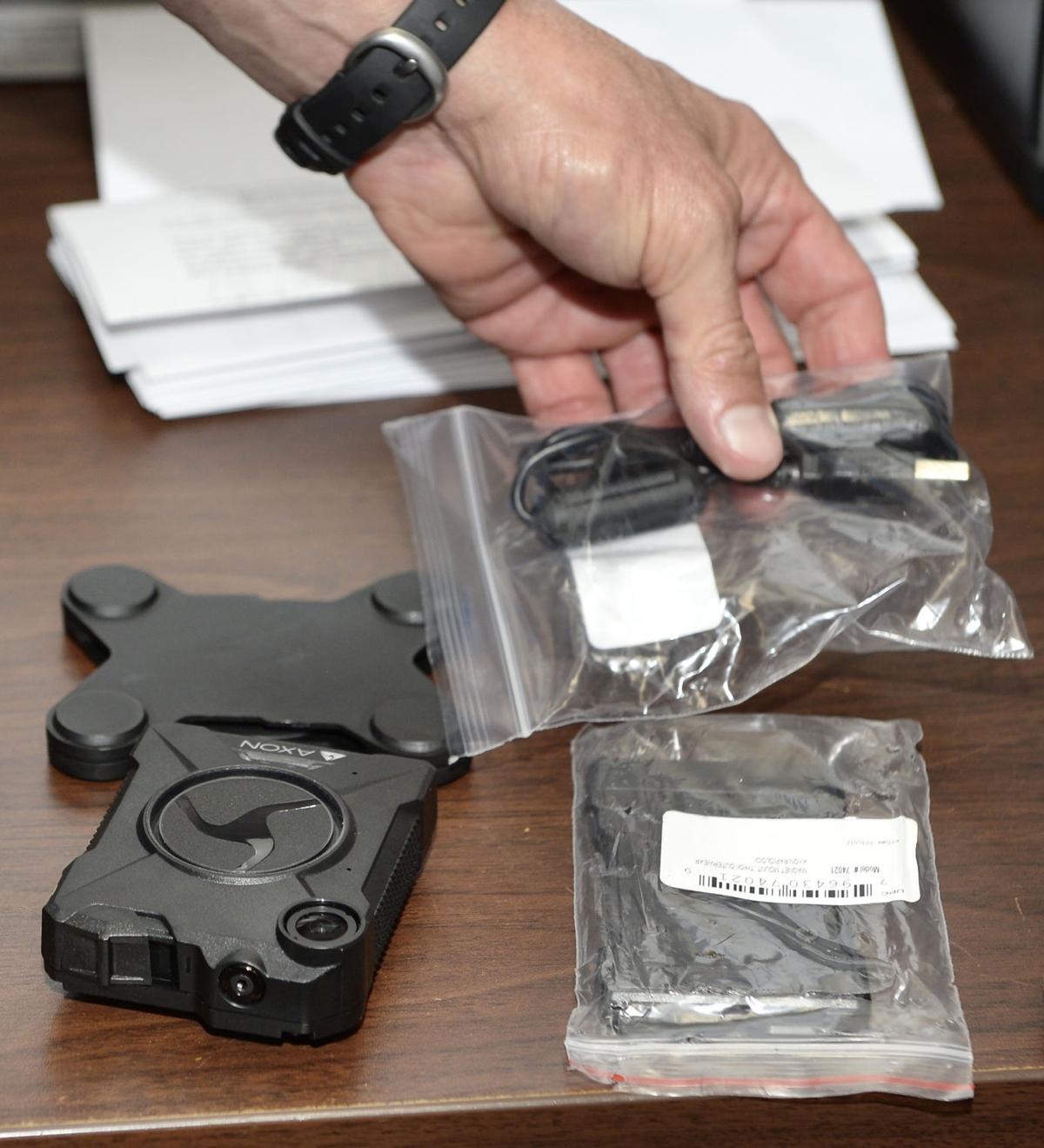 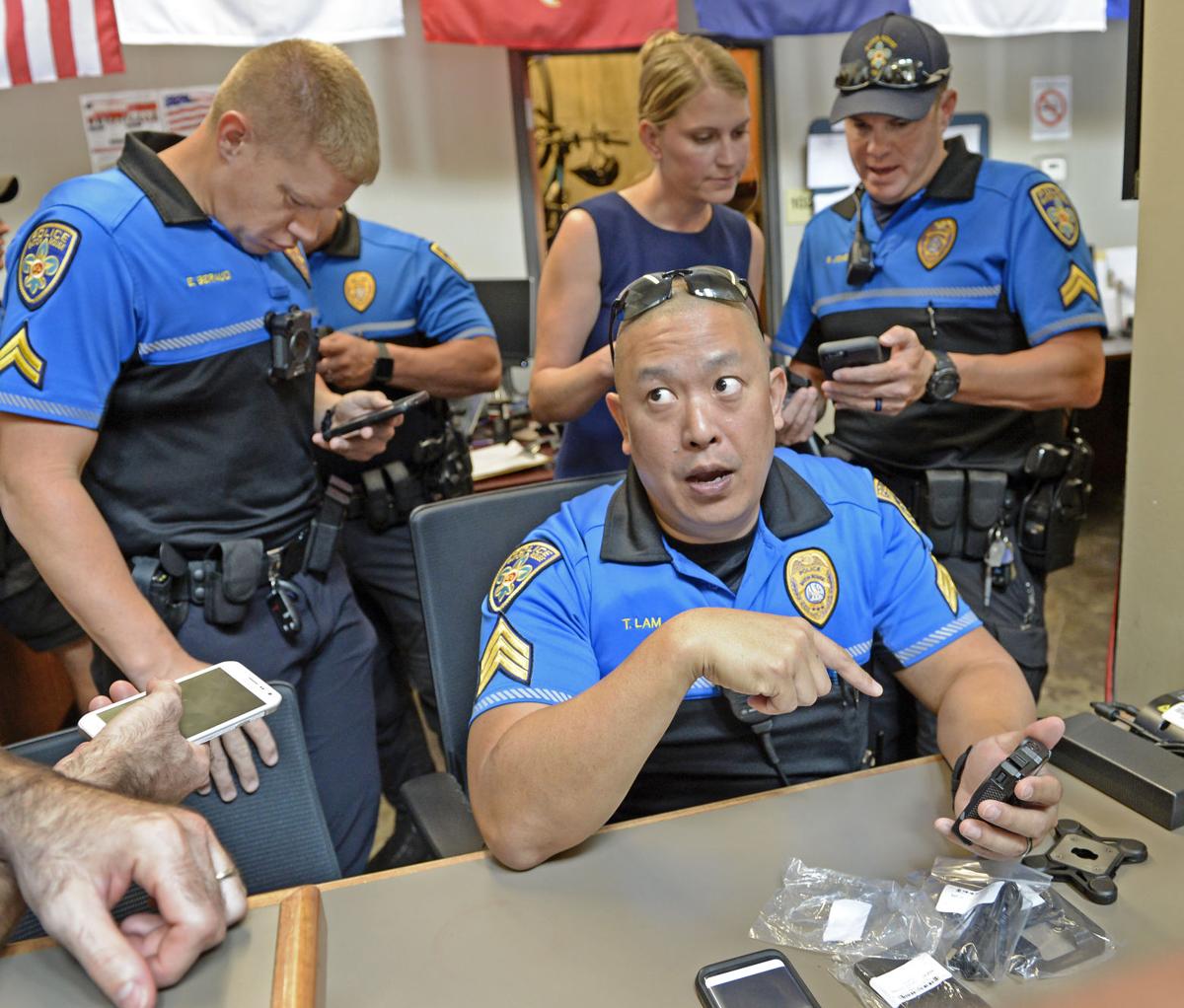 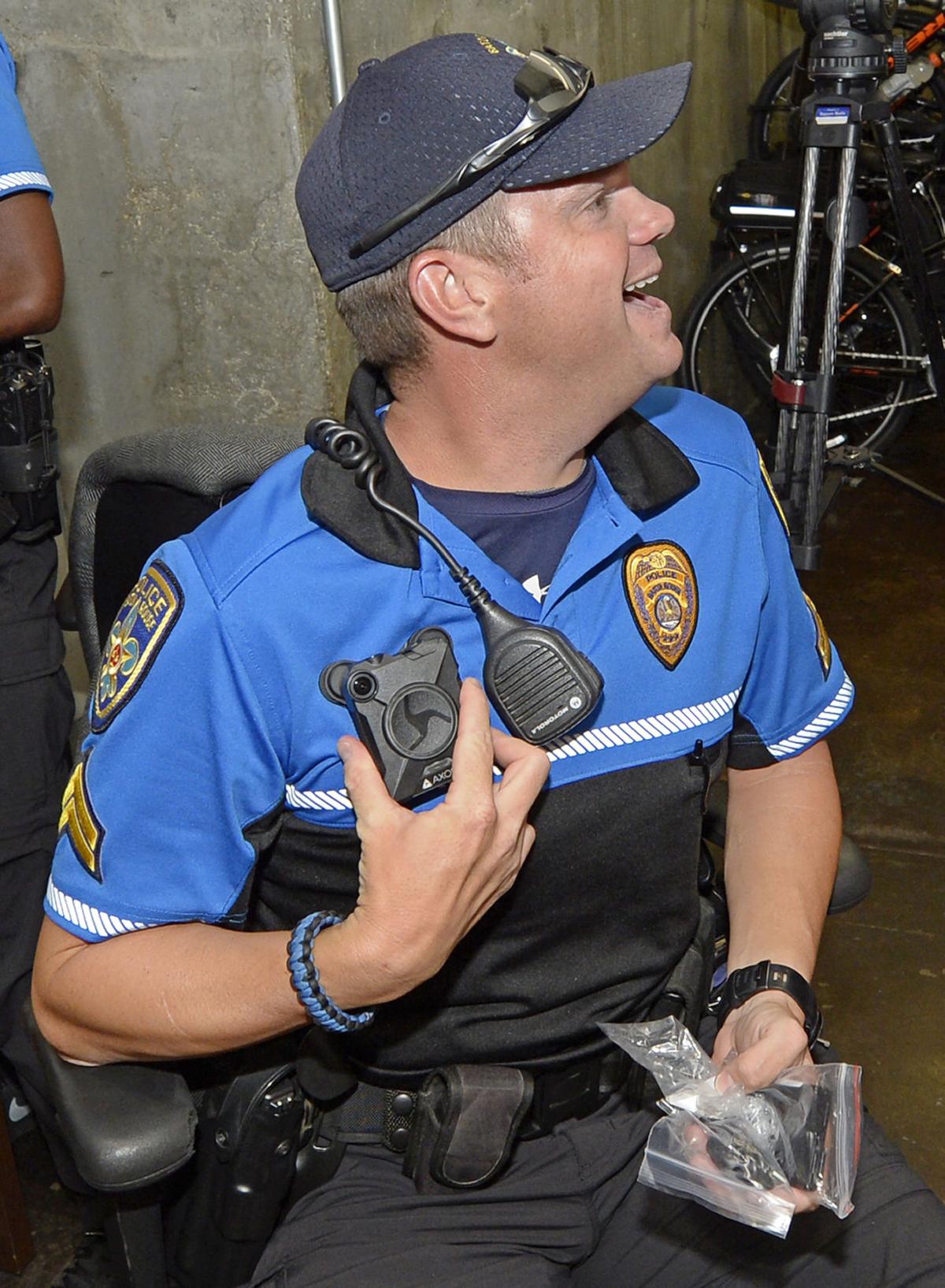 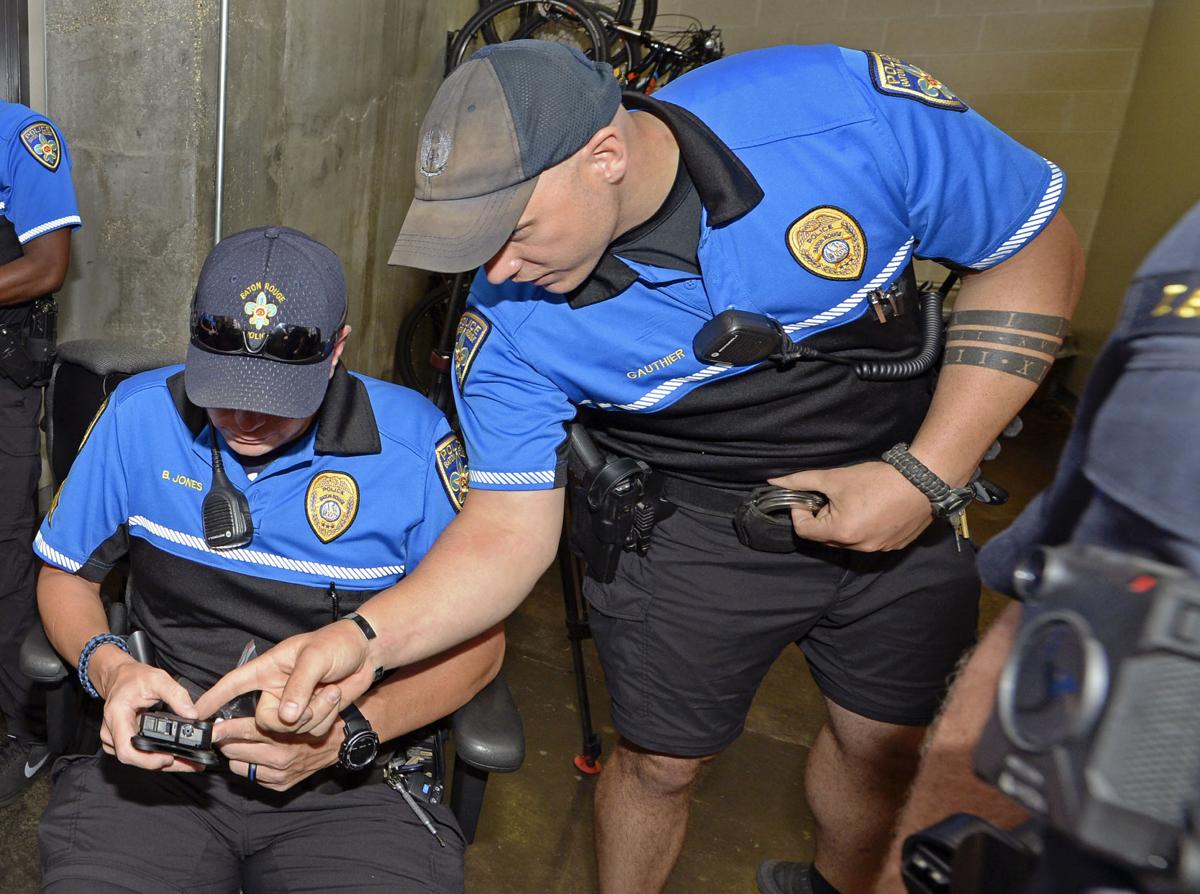 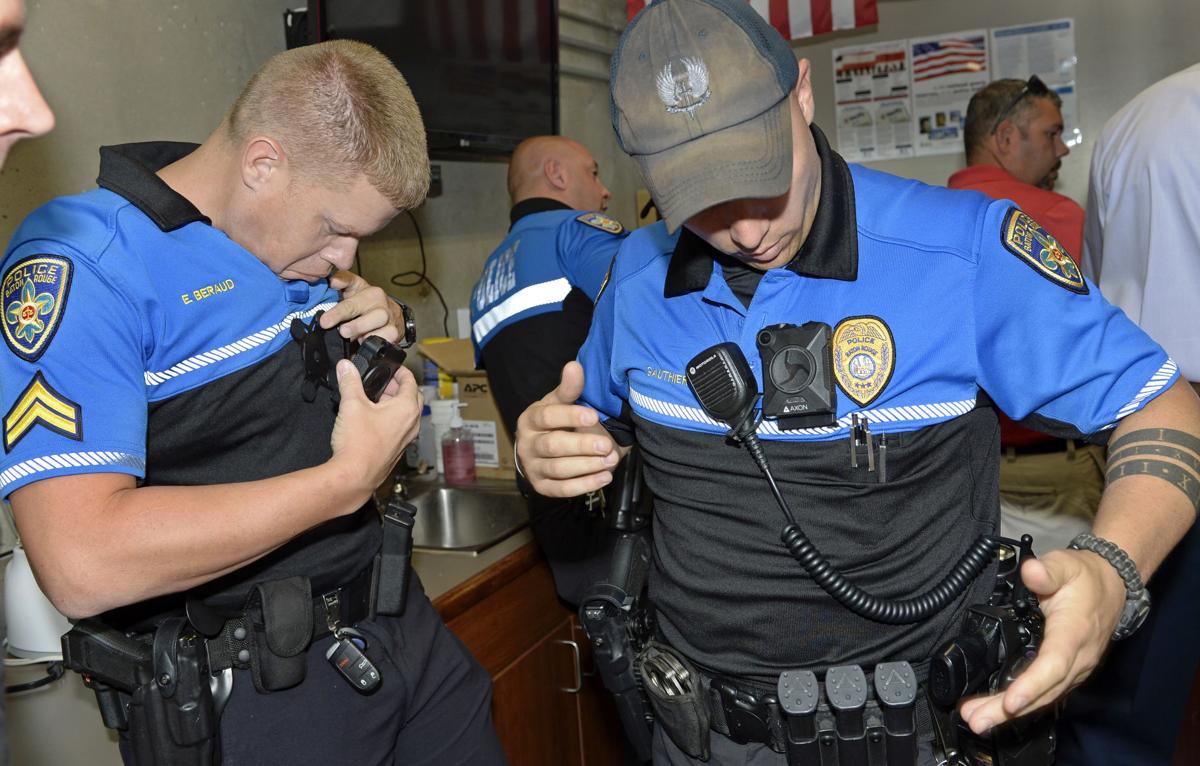 A year after the rollout of body cameras for all Baton Rouge police officers, the department has adopted a new policy for the faster release of officer-involved shooting footage and corresponding dashcam footage — aimed at increasing transparency and accountability with the public.

On Monday, Baton Rouge police announced their Public Release of Critical Incident Recordings policy, which creates a protocol for the review of any recordings from critical incidents involving an officer and requires a decision from the police chief within 12 days about its public release.

"Once the chief decides that the release will not interfere with the integrity of the investigation and/or prosecution, the Baton Rouge Police Department shall release the critical incident video evidence as soon as possible," a spokesman for the department wrote in the news release.

The new policy breaks from the agency's adopted practice of withholding all such video until the completion of the investigation and any possible prosecution — a process that has often taken more than a year to conclude.

"Transparency is essential in policing today," Baton Rouge Police Chief Murphy Paul wrote in a news release. "The public’s expectations of law enforcement have evolved, and it is our duty to respond to their concerns."

The new policy — which is almost identical to the one adopted by the New Orleans Police Department — is applicable only after critical incidents, which are defined as incidents where an officer uses force that results in hospitalization or death, or if the officer intentionally shoots a gun at a person or strikes a person in the head with an impact of a weapon, and when a police vehicle pursuit results in the hospitalization or death of a person, or a detained subject dies in custody.

Whether or not the policy will increase transparency by quickly releasing video evidence to the public remains to be seen, experts say, and much of that will fall on how the wording is implemented.

“In some cases, it's so extensive for what you can’t release, it defeats the whole purpose of it," said retired Salt Lake City Police Chief Chris Burbank, now the vice president of strategic partnerships for the Center for Policing Equity. "I don’t believe the police department, the police chief, the administration, should be the conscience of society.”

During his tenure as chief, Burbank promoted the release of all relevant videos as soon as possible after an incident — a practice he said helped improve community trust.

And while there are some considerations that need to be made before showing video to the public, Miranda Bogen, who analyzes body camera policy at Washington-based research nonprofit Upturn, said the norm should be releasing. But, she said, policies and legislation around the country don't necessarily support that.

“This technology was touted as a transparency tool, but it doesn’t do that automatically," Bogen said. "There are a concerning general lack of policies that these tools are being used in the way they were intended to use."

The new Baton Rouge Police release policy lists eight considerations for disclosure, including the needs of law enforcement in an ongoing investigation and whether it could adversely affect the prosecution, but also how the release could increase public trust. Ultimately the decision is left to the discretion of the police chief.

Since adopting its almost-identical policy in early 2016, the New Orleans Police Department has released video evidence more quickly to the public, but not within the 12-day window. In the two latest officer shooting incidents, the video was released well beyond the deadline set out in the policy.

After Arties Manning III was shot by a police officer in January 2017, NOPD released body camera footage almost two months later. When NOPD officer Marcus McNeil was fatally shot and another officer killed the alleged shooter in October 2017, the camera footage was released within a month, but still beyond the parameters of the policy.

Earlier this month after a traffic stop, a Baton Rouge police officer returned fire at a man after the man shot at the officer, police said. No one was hurt. However, when officers later arrested Raheem Howard, 21, on attempted first-degree murder, he pleaded with reporters to ask for the body and dashcam video.

A public records request for that video from The Advocate was denied last week. However, Coppola said Monday that Paul is reviewing that case for potential release.

"Public interest in use of force incidents involving law enforcement officers is at an all-time high,” Paul wrote in the news release. "The law enforcement community must respond to the rapidly changing media landscape that drives communication and public perception in the 21st century."

Baton Rouge police captured the man who fired a gun at an officer earlier last week and arrested him on attempted first-degree murder, police …