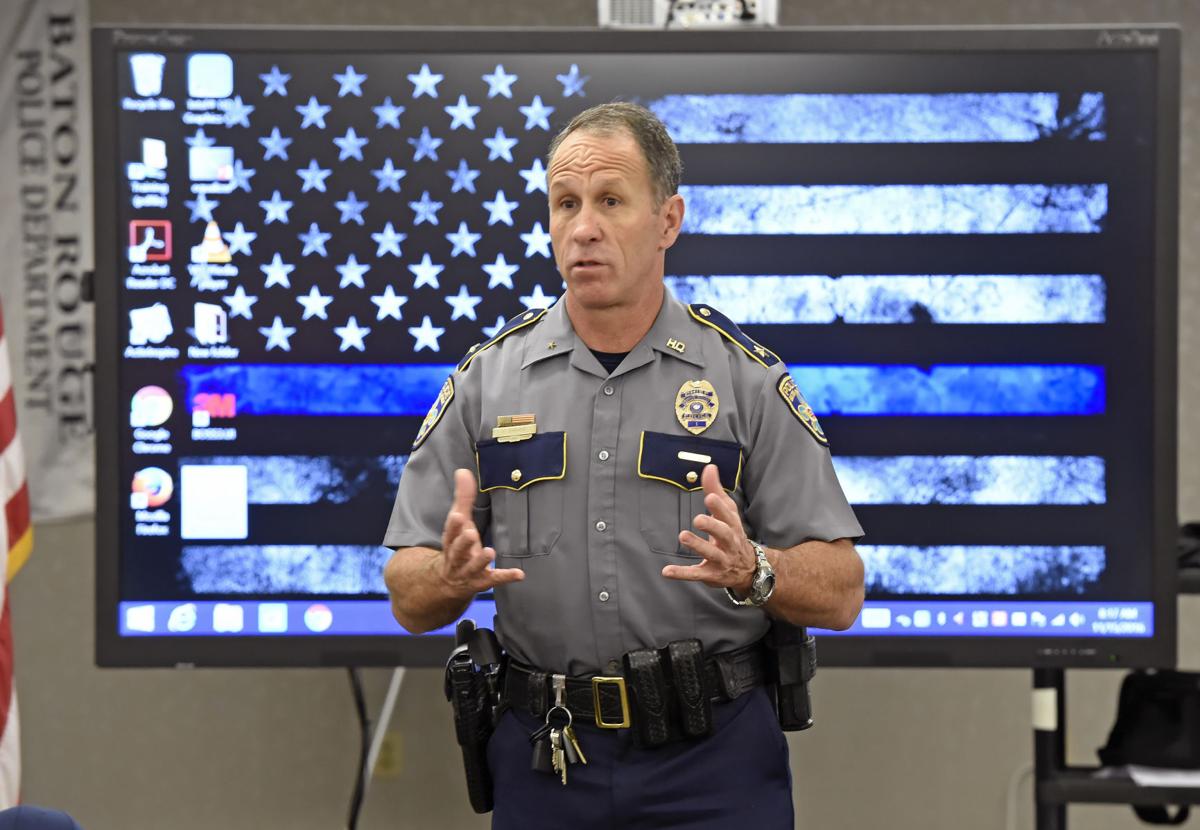 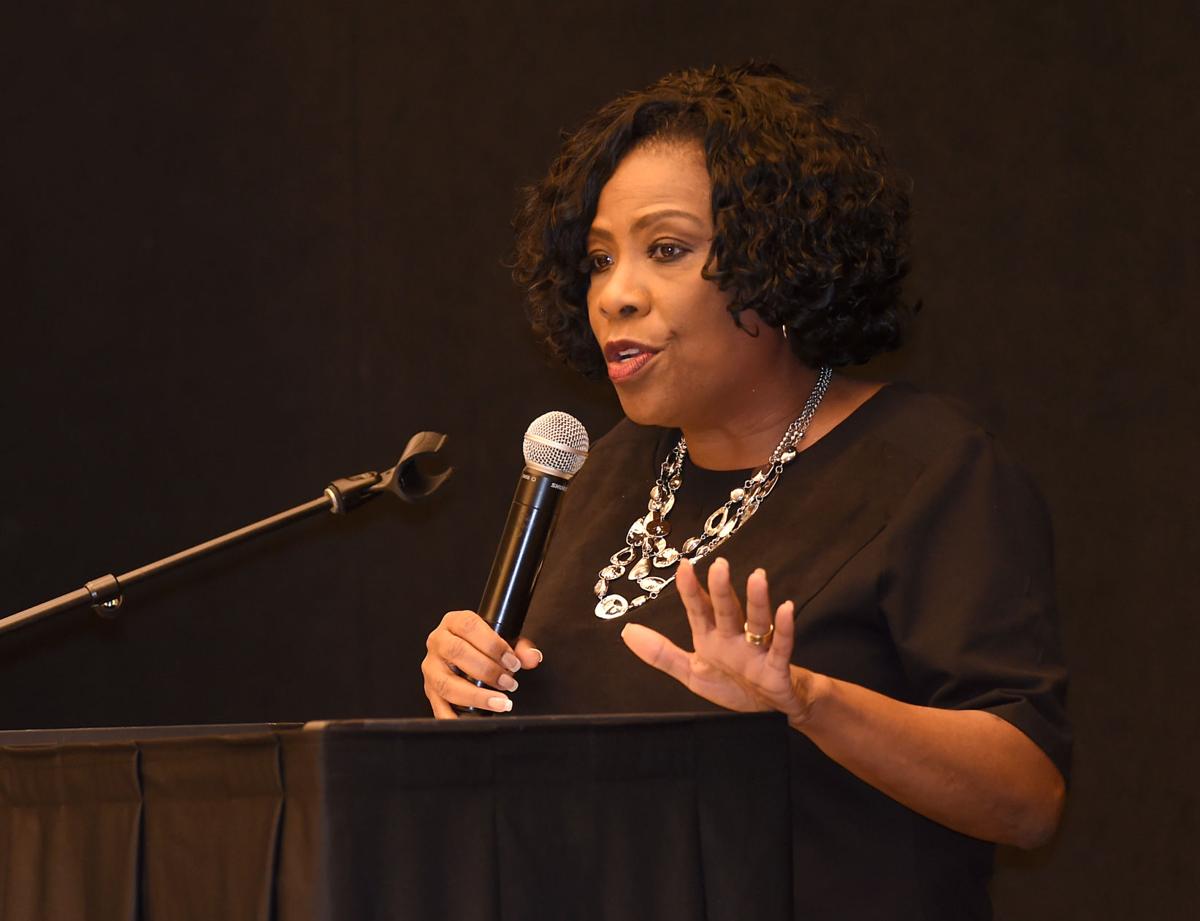 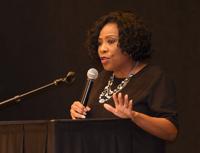 During her hard-fought election campaign, Mayor-President Sharon Weston Broome repeatedly promised to shake up the Baton Rouge Police Department and replace Chief Carl Dabadie Jr., moves the newly inaugurated Democrat argued are necessary to transform the department's culture from the top down.

But bringing in a new top cop to succeed Dabadie — a career city policeman who's helmed the department since 2013 — could be complicated, not least because the mayor lacks the power to summarily dismiss the police chief, a position protected by civil service law.

Because Dabadie's position is protected, he can only be fired or demoted for cause. Absent a voluntary agreement to retire or step down, a mayor must show that a police chief committed misconduct, refused orders or violated policies.

The police civil service system — which is enshrined in state law — as well as a strong police union historically adept at throwing around its weight potentially place constraints on Broome's ability to overhaul the department.

The civil service protections offered to the chief make Baton Rouge unusual among large police departments nationally, according to experts interviewed for this story. In most larger city departments, mayors generally have the power to hire and fire police chiefs at will.

That's the case in New Orleans, where police Superintendent Michael Harrison serves at the pleasure of the mayor. In recent years, state legislators have also moved to strip civil service protections from police chiefs in several municipalities, including in Hammond, Scott and Broussard, said Robert S. Lawrence, the state examiner of the Municipal Fire and Police Civil Service Board.

Neither side would discuss details of exit negotiations between Dabadie and the new mayor. For her part, Broome indicated she is hopeful she will have successful enough discussions with Dabadie — who she has credited as an "honorable man" — that the civil service questions will not turn into a public battle.

"Undoubtedly, civil service is a part of the equation and there are other parts of the equation involved," Broome said. "But I remain optimistic that as the chief and I have continued conversations, we will end up on the same page."

After a tumultuous summer and national outcry about police unnecessarily harming citizens, t…

The national search for a new chief that Broome has promised would be a dramatic departure for BRPD as well: Going back decades, every Baton Rouge police chief has come from the capital region, with almost all rising from within the BRPD ranks.

The majority of medium- to large-sized police departments across the country at least consider out-of-state candidates before selecting a police chief, said Chuck Wexler, the executive director of the Police Executive Research Forum, whose organization has consulted on numerous police chief searches.

"Selecting a police chief is the most important appointment a mayor can make," Wexler said. "With the changes in policing, that appointment really takes on enormous significance. You want to actively recruit the best and the brightest, and that can be from inside and from outside."

Maria Haberfeld, a professor at John Jay College of Criminal Justice in New York, cautioned that numerous potential pitfalls await any new chief in Baton Rouge set on pushing significant change — not least of which is likely the city's police union. Disagreements with the union played a key role in toppling Dabadie's predecessor, Dwayne White, and Haberfeld said antagonizing the rank-and-file can make a chief's job untenable.

While both BRPD union representatives and Broome have said they are committed to working with each other, they have not met since the new mayor was elected in December. The union endorsed two different Republicans running against Broome.

How realistic are mayoral candidates' plans for BRPD?

They also already have different philosophies on some aspects of policing. For example, Broome has indicated she is open to more civilian oversight of police. And Broome said she intends to search far and wide for the next chief, while the union would prefer that the next chief come from within BRPD's ranks.

"I can't tell you that a candidate from outside wouldn't be successful, but I think the probability of having success increases if they'd come from within because they're emotionally invested in the city and they understand our system," said Sgt. Bryan Taylor, president of the Baton Rouge Union of Police.

Taylor said the union doesn't intend to dictate who's selected as chief, but he pointed toward Milwaukee County, Wisconsin, Sheriff David Clarke Jr. — an outspoken and colorful lawman who gained national notoriety while stumping for President-Elect Donald Trump — as an example of a potentially attractive outside candidate for the department.

The union fought to defeat a number of policy proposals at the Metro Council in recent months, including a controversial residency requirement and a community advisory board for BRPD. Taylor said the nationally accredited department is already a top-flight agency, but added the union would be open to working on specific proposed changes.

Another potential challenge facing any new appointee is that the current civil service system gives Baton Rouge police chiefs little latitude to pick top lieutenants or move promising young officers up the ranks. Promotions are based almost solely on seniority, something about which Dabadie and past chiefs have frequently complained.

After a tumultuous summer and national outcry about police unnecessarily harming citizens, t…

State law allows for leadership to hand-pick deputy chiefs, but funding constraints mean that Baton Rouge has so far created only one such position.

The result, Haberfeld said, is that chiefs have less leeway to remake the department and change the culture than some might imagine.

"No matter how many reforms you institute, you're going to run into problems," Haberfeld said. "It's not like a private company when you can bring in someone from outside and get rid of people. In policing, it's much more complicated."

Taylor, the union leader, acknowledged that the seniority based system had limitations and said chiefs should have more flexibility to pick their own inner circle of commanders. But Taylor said the current system also ensures all officers are treated fairly and guards against what he called a "good ol' boy" system that prevails at some sheriff's departments, where all employees are hired at-will.

Broome said she should have a "significant update" by the end of January on her search to replace the chief. She said she's reaching out to people across the country, soliciting information from trade groups and looking for a reform-minded chief willing to make community policing a priority.

She hopes for a leader willing to make "courageous and bold steps toward transforming the police department." She said she expects to help sell the idea of leading BRPD to candidates who she finds exciting and to make the case for them to come here.

"There are a lot of leaders who are attracted, sometimes, to a challenge," Broome said. She said the public safety transition committee co-chaired by state Rep. Ted James, D-Baton Rouge, is studying salary levels and whether a future chief would need to earn more money. Dabadie earned $147,000 in 2016.

When Carl Dabadie Jr. got the call all police chiefs dread, he was deep in the throes of one…

Once a sporadically discussed topic at the Baton Rouge Metro Council, wholesale policy changes at the police department became a major issue in the fall elections after the July 5 fatal shooting of Alton Sterling by a city policeman sparked days of demonstrations and placed the city under national scrutiny. That shooting is under federal investigation, but some residents and civic leaders argued that it showed the need for change at the department.

Those calls for change also became a regular pledge during Broome's campaign. In her first news conference after the election, Broome announced the launch of a search for Dabadie's replacement.

For Dabadie, there are personal stakes even beyond keeping his job. Through a government retirement program that lets cops and other public workers earn retirement pay while still working, he stands to lose up to $370,000 in additional compensation if he retires before maxing out his contributions to a deferred retirement plan in July 2019. But it appears unlikely that Broome is willing to wait anywhere near that long before bringing in her own choice to head the department.

Dabadie, in an interview just before the New Year, declined to comment on his future plans other than saying he planned to meet with Broome to work toward a resolution to the situation.

But if Dabadie and Broome cannot reach a deal, it would not be the first time that a disagreement between the BRPD chief and the mayor-president boiled over into a public back-and-forth.

Dabadie rose to lead BRPD following a bitter controversy between former Mayor-President Kip Holden and Holden's previous chief, Dwayne White, in 2013. Holden quickly soured on White and fired him for alleged insubordination. White also did not get along with the union.

How to remember Kip Holden as BR mayor: Disasters bookend term, but supporters say look at years in between

White hired a lawyer and planned to appeal his termination to the Municipal Fire and Police Civil Service board, as he was also protected by civil service classifications that say the mayor-president cannot fire or demote the police chief without cause. But White walked away before he went through the full appeal process, saying he would not want to work with Holden even if the case turned out in his favor.

When Holden hired Dabadie as his next chief, Dabadie took on a more reserved demeanor than his predecessor. Fellow law enforcement officers and political leaders generally get along with the career Baton Rouge lawman.

Both State Police Superintendent Col. Mike Edmonson and East Baton Rouge District Attorney Hillar Moore, III consider him to be a close personal friend and a trusted coworker. Edmonson pointed to drops in crime during Dabadie's time as chief, calling him outstanding at his job.

"If I were to look for a chief to replace Chief Dabadie, I would look for someone with all of his qualities, both personally and professionally," Moore said.

Before Mayor-President Sharon Weston Broome took her oath of office in January, she announced that she was launching a national search for the…

While 11 candidates submitted applications to become the next chief of the Baton Rouge Police Department by this week's deadline, Mayor-Presid…