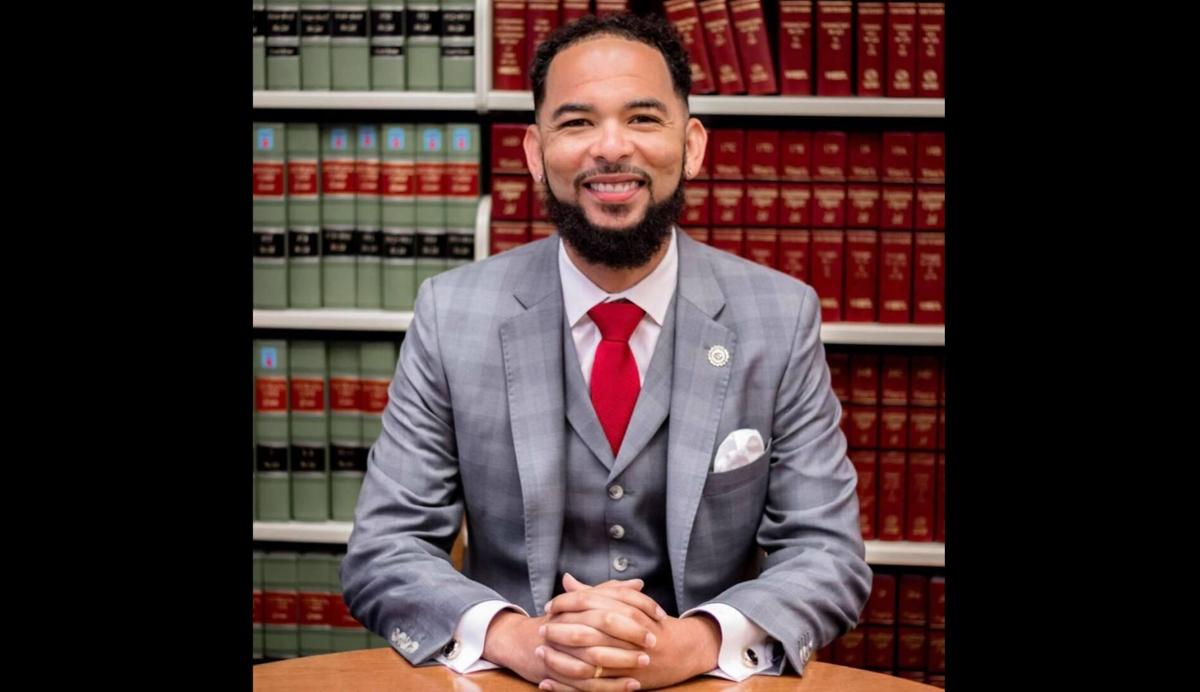 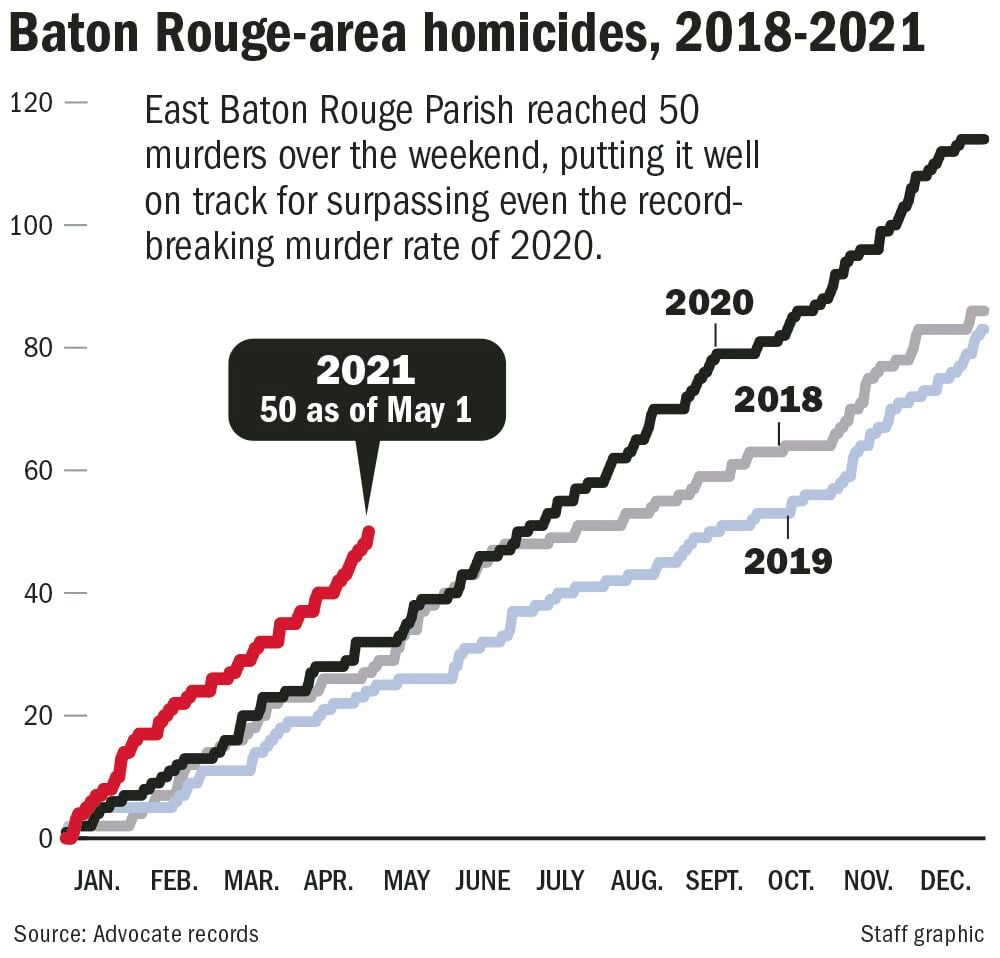 With a masters in political science and a law degree from Southern University, Derrick Cavazos was planning to become a criminal defense lawyer. But when Hurricane Laura pummeled his hometown of Lake Charles last year, he put those plans on hold to help his mom.

He started removing downed trees on her property, and before long he was carting his chainsaw all over town, offering his services to the countless neighbors and friends facing massive storm damage.

After a few months, he had launched a landscaping business. His latest plan was to leave the business to his godson and start his legal career back in Baton Rouge, his mom said.

Those plans came crashing down when Cavazos, 35, was shot and killed during a home invasion overnight Saturday on Ashby Avenue, a residential street near South Flannery Road. He exchanged gunfire with the suspect but ultimately died on the scene, according to Baton Rouge police.

His death came amid a persistent spike in homicides across East Baton Rouge Parish, where 50 lives were lost to violence during the first four months of 2021 — an unprecedented murder rate that threatens to outpace even the record-breaking carnage of 2020.

The accused burglar, Terrius Brown, also received gunshot wounds and was hospitalized for treatment. He is expected to survive and will be booked into jail upon release from the hospital, police said.

Officials have provided few details about the crime, which occurred around 3:45 a.m. Saturday. A police spokesman said detectives do not believe the house was randomly targeted, though the investigation is ongoing and evidence is still being collected.

Officials declined to comment on whether Cavazos and Brown knew each other before the shooting. Brown, 28, has a listed address about half a mile from where the shooting occurred.

Cavazos left behind a wife and young daughter. He left behind a mother who finds herself struggling to even imagine a future without her only child and best friend.

When reached by phone Monday afternoon, Gwen Cavazos Ringo said the world lost a beautiful soul. She asked for prayers, sobbing quietly while recounting the past few days.

After police notified her about the shooting, Ringo said she kept trying to call her son, hoping there was some mistake and imagining his voice answering the phone as usual. Even when he was busy with school and his family, she said the two would talk sometimes a dozen times a day, discussing everything from his studies and classes to his daughter, now 2 years old, whom he cherished.

"I don't know how I'm gonna survive from here," Ringo said, her voice breaking. "Something has to be done about the crime in Baton Rouge. People are living like the Wild West."

She had been worried about the violence since her son moved there for college, Ringo said. Then came the Saturday call confirming her worst fear.

In addition to attending Southern for both undergrad and grad school, Cavazos taught political science while earning his law degree. As an adjunct professor, he invested in his students and was generous with his time, his mom said.

Dozens of people have posted on social media after hearing the news of his death, including childhood friends and former students. They wrote about how he offered an attentive ear and unwavering support, how he accomplished so much and was taken too soon.

The Southern University Law Center posted a statement Saturday evening asking for prayers for the family. Cavazos graduated from law school in 2019 and passed the bar exam last year, his mom said. He planned to start working at a Baton Rouge law firm this summer.

Ringo said she saw a photo of the suspected burglar on the news and expected to feel immense anger or hatred. "Like I could be riding into Baton Rouge with a sawed off shotgun, in an Army tank or whatever," she said. "But instead I felt nothing. I asked the Lord to have mercy on him because I would never want his mom to feel what I'm feeling. I would not wish this on anybody."

Roddrick Cook started playing football at age 4 and never stopped. As a junior at Istrouma High School, he planned to play in college and late…

She wants to see more outrage — not at the individual accused of killing her son, but at the society that consistently fails to stop the violence.

"Everybody talks about Black Lives Matter. What is the difference when Black people are killing Black people?" she said. "Why does it only matter when the police are involved?"

After Cavazos was killed early Saturday, another man was found shot to death on Convention Street that evening. Those two killings brought the 2021 parishwide murder count to 50 on May 1, according to unofficial records maintained by The Advocate. Since then two more people were killed in a domestic shooting in Baker Monday morning.

The newspaper tracks intentional and unjustified killings in accordance with federal crime reporting standards. The numbers are preliminary and could change in the future if law enforcement rules some cases accidental or justified or vice versa.

If the killings continue unabated during the rest of 2021, the parish would end the year with about 150 murders — well above the 114 recorded in 2020, which broke all previous records.

Baton Rouge was not alone in seeing a dramatic spike in murders last year, a trend that was reflected across the country. Experts and law enforcement leaders largely attributed the increased violence to the myriad disruptions and challenges caused by the pandemic, including financial hardship and mental health and addiction issues.

At the same time, social distancing requirements hampered some law enforcement investigations and widespread protests against police brutality further strained relations among officers and their communities.

Local officials were hopeful that homicides would decrease as the pandemic subsided and some aspects of normal life resumed. But the killings have accelerated in recent weeks, with 13 people killed in the month of April alone.