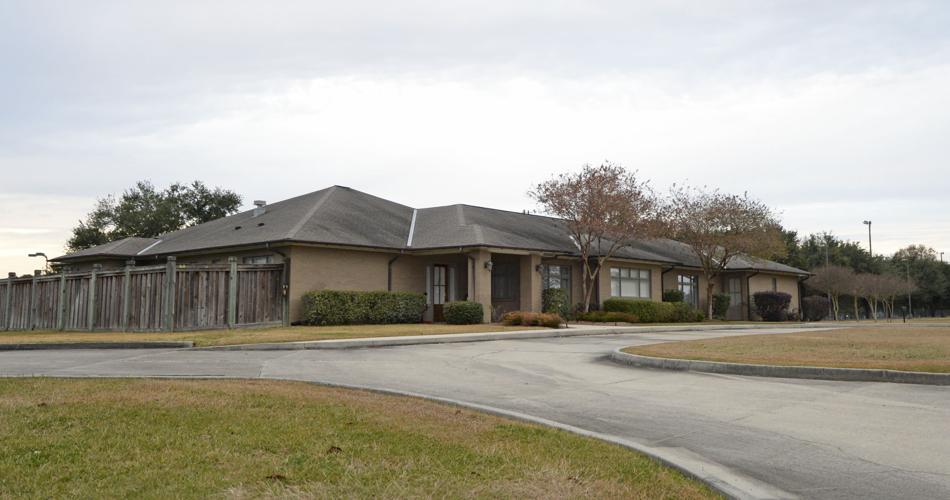 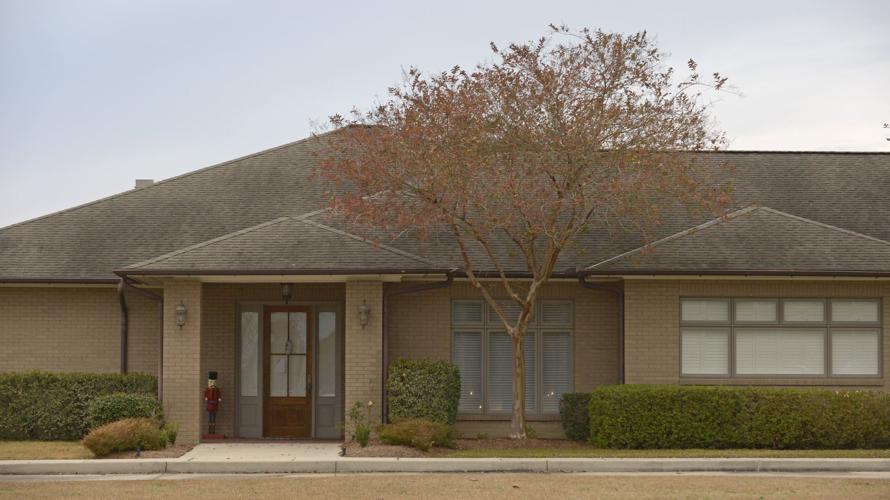 The legislative auditor's report that lambasted Mike Edmonson reverberated through the state Capitol last week, as lawmakers heard testimony that the former State Police superintendent exploited taxpayer money to provide a life of perks and privilege for his family.

Much of the audit focused on Edmonson's penchant for freebies, including his improper use of state dry-cleaning services for his wife and thousands of dollars in unauthorized meals he charged to a state credit card. The lengthy report portrayed Edmonson as a freeloader who even directed troopers to chauffeur his family members around the state.

But the audit could have implications beyond Edmonson and the scandal-plagued State Police, and it already has focused new attention on benefits afforded to other state employees — particularly those receiving free housing.

Among the audit's chief findings was that Edmonson and his family lived rent-free at the State Police compound in Baton Rouge, relying on prisoners for cooking, cleaning and even dog-walking services for nearly nine years.

Edmonson not only lacked the legal authority to move his family into the so-called Residential Conference Center, the auditors concluded, but he failed to pay taxes on a fringe benefit they estimated was worth more than $430,000.

That allegation — and claims the state dropped the ball by not including the accommodations in Edmonson's W-2 income — raises questions about similar state-paid housing arrangements extended to certain university presidents, prison wardens and other officials across state government.

In the wake of the Edmonson revelations, the Legislative Auditor's Office wants to ensure other state agencies are properly accounting for fringe benefits to state employees that aren't specifically excluded from taxation by law. It says fringe benefits are to be valued at fair market value and reported on employees' W-2 forms.

"We'd like to give people advice and guidance so we can fix this before it becomes an issue," Roger W. Harris, the assistant legislative auditor, told a panel of legislators Thursday.

At the Capitol, members of the Legislative Audit Advisory Council worried aloud that the State Police might not be the only state agency that has failed to include housing benefits in employees' taxable wages.

"This is very problematic and something that's going to be far-reaching," state Sen. W. Jay Luneau, D-Alexandria, told the auditors. "If we don't have the policies and procedures in place statewide, we need to acknowledge that and say it's a systemic problem we need to address."

Lt. Gov. Billy Nungesser said in an interview that he had not previously considered whether he should pay taxes on the apartment at the state-owned Pentagon Barracks that he uses one or two nights a week. After checking with his accountants, he said, he determined the benefit is not taxable because the apartment is not his primary residence.

"If I lived there and that was my domicile, I absolutely would have to pay taxes on it," said Nungesser, who lives in Lafayette. "But it's an extension of my office."

The discussion stems from the auditors' finding that Edmonson and his family lived at the State Police complex "without legal authority," charging taxpayers for utilities and even modifications such as the construction of a shoe closet.

Unlike Nungesser, Edmonson did not maintain another residence.

A former Department of Public Safety and Corrections official told the auditors that the agency excluded the housing benefit from Edmonson's taxable wages in light of a DPS policy that requires wardens to live on prison grounds. But the auditors noted that DPS does not operate a prison or house inmates at the State Police compound, adding that they could find no state law or policy even allowing — let alone requiring — Edmonson to move into the residence.

Harris, the assistant legislative auditor, told lawmakers that federal tax law provides exceptions for university professors and separate exemptions for prison wardens. Edmonson's accommodations also differed, Harris said, in that he was not required to live on state property — one of three requirements that must be met in order for housing benefits to be exempted from taxes.

Dozens of other state employees who receive complimentary housing do not pay taxes for that benefit because the accommodations are a condition of their employment. That appears to be a key difference in the case of Edmonson, who became the first superintendent to move his family into the Residential Conference Center, a property built in 2002 to house the governor and State Police superintendent during emergency situations.

Timmy Teepell, who served as chief of staff to former Gov. Bobby Jindal, wrote in a recent letter to The Advocate that he authorized Edmonson's living arrangements in 2008, saying he wanted Edmonson "to be available 24 hours a day, seven days a week to respond to every emergency facing our people."

But Teepell's letter appears to have raised more questions than it answered. Both the Division of Administration and the Governor's Office said they had no documentation related to Teepell's decision.

Harris, meanwhile, questioned whether Teepell had the authority to green-light Edmonson's move. "I'm not really sure that falls within the ambit of what a chief of staff can actually do," he said.

Gov. John Bel Edwards, whose administration allowed Edmonson to keep his digs at the RCC until the superintendent retired in March, described the legislative audit as "troubling," adding that it highlighted "serious problems with past abuses of power." But the governor acknowledged that he did not object to Edmonson's living arrangements.

"As superintendent of the State Police, (Edmonson) was expected to be on call 24 hours a day and able to report to the Emergency Operations Center within minutes," Richard Carbo, Edwards' spokesman, said in an email. "This was never more important than that Sunday morning in July (2016) when law enforcement were attacked in Baton Rouge. Col. Edmonson was able to provide real time information to the governor almost instantly."

Edmonson's successor, Col. Kevin Reeves, now stays at the residence during the week but returns to his home and family in Jackson Parish on weekends. "I do not by any means live in the house," Reeves said. "It is a place for me to stay and lay my head while I'm here."

Edwards and Reeves "had a specific conversation about this issue, where the governor wanted him in Baton Rouge during the week," Carbo said.

State and federal authorities have set their sights on Mike Edmonson, the longtime Louisiana State Police superintendent who retired this year…

Edmonson could be prosecuted for several of the allegations raised in the audit, a scathing report that accused him of habitually using his power and influence for personal gain. A separate State Police investigation found that he deleted text messages from the cellphone of a trooper under internal investigation.

But Edmonson is not likely to be charged with tax evasion or any other crime related to his gratis accommodations unless prosecutors find evidence that he intentionally failed to pay for those benefits, said Raymond Gregson, a former special agent who for years investigated tax crimes for the Internal Revenue Service. "If you don't have intent, you probably don't have a criminal case," Gregson said.

But that doesn't mean state officials won't seek back taxes from Edmonson, as U.S. Sen. John Kennedy demanded in a public letter last week. "Col. Edmonson is not above the law," Kennedy said. "In fact, he took on an added responsibility as a public servant to conduct himself with honor and honesty."

As the auditors continue their inquiry, The Advocate last week contacted several state agencies that provide housing for state employees. Many said the housing benefits are considered tax-exempt because the accommodations are made a condition of employment.

The Department of Corrections currently has about 126 employees living on-site at state prisons, including remote campuses like the Louisiana State Penitentiary at Angola. Housing assignments are given to management and security staff, medical and maintenance employees and correctional officers, among others.

"It is critical that these individuals are available 24/7 to provide support during times of crises, including potential escapes, uprisings, medical emergencies, or fire emergencies and to maintain public safety," said Ken Pastorick, a DPS spokesman.

The University of Louisiana system requires presidents of state universities to live on campus as a condition of their employment or provides them with additional compensation if "suitable housing" isn't available, said Cami Geisman, a university system spokeswoman. "This is not reported on the presidents' W-2s as living on campus is a requirement of their job," Geisman wrote in an email.

The state charges rent for some housing, as in the case of the Pentagon Barracks apartments often occupied by state lawmakers in Baton Rouge.

That's also the case for some staff living at state-owned medical facilities such as the Eastern Louisiana Mental Health System in Jackson. That campus houses 22 staff members, 19 of whom pay rent based upon the square footage of the property. The other three employees pay taxes on the housing benefit, said Kelly Zimmerman, a spokeswoman for the Louisiana Department of Health.

As Louisiana's longest-tenured State Police superintendent, Mike Edmonson created a life of luxury for his family at taxpayers' expense, order…

At the Central Louisiana State Hospital, meanwhile, two staffers pay a combination of rent and taxes on fringe benefits, while three others pay taxes on the fringe benefit of living on campus.

Mike Edmonson, the longtime former State Police superintendent, told the state Legislative Auditor's Office this week that he expects it to in…