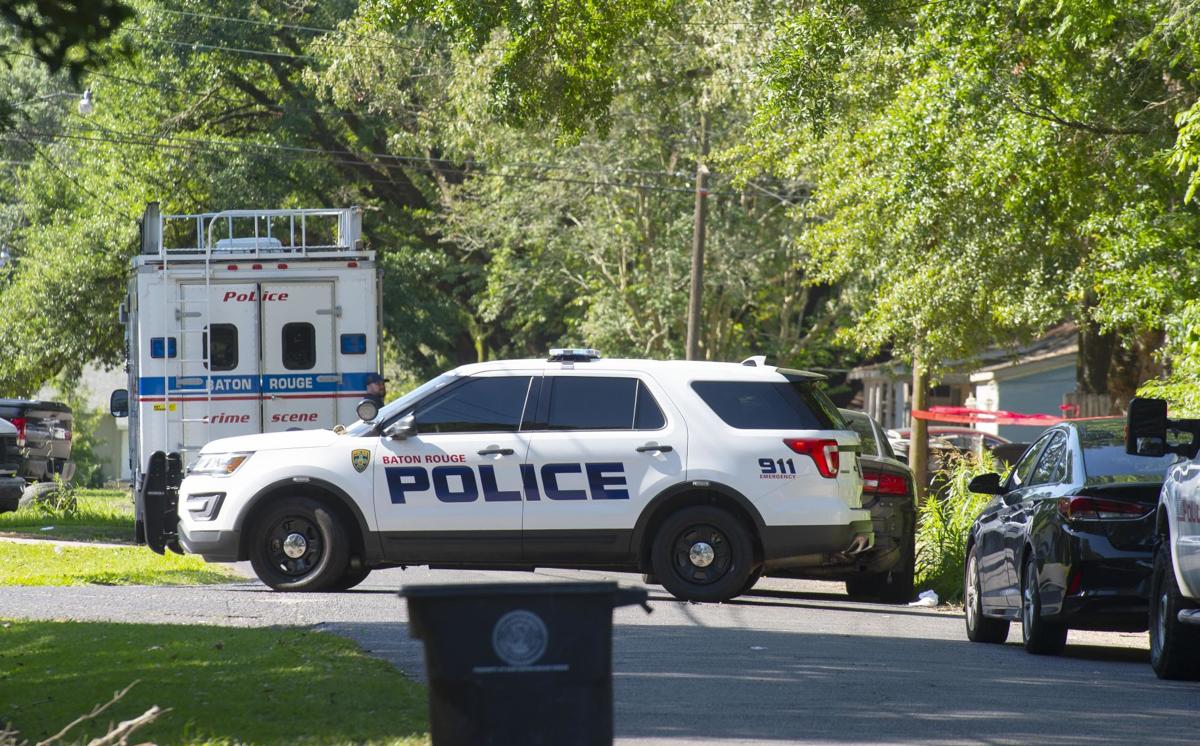 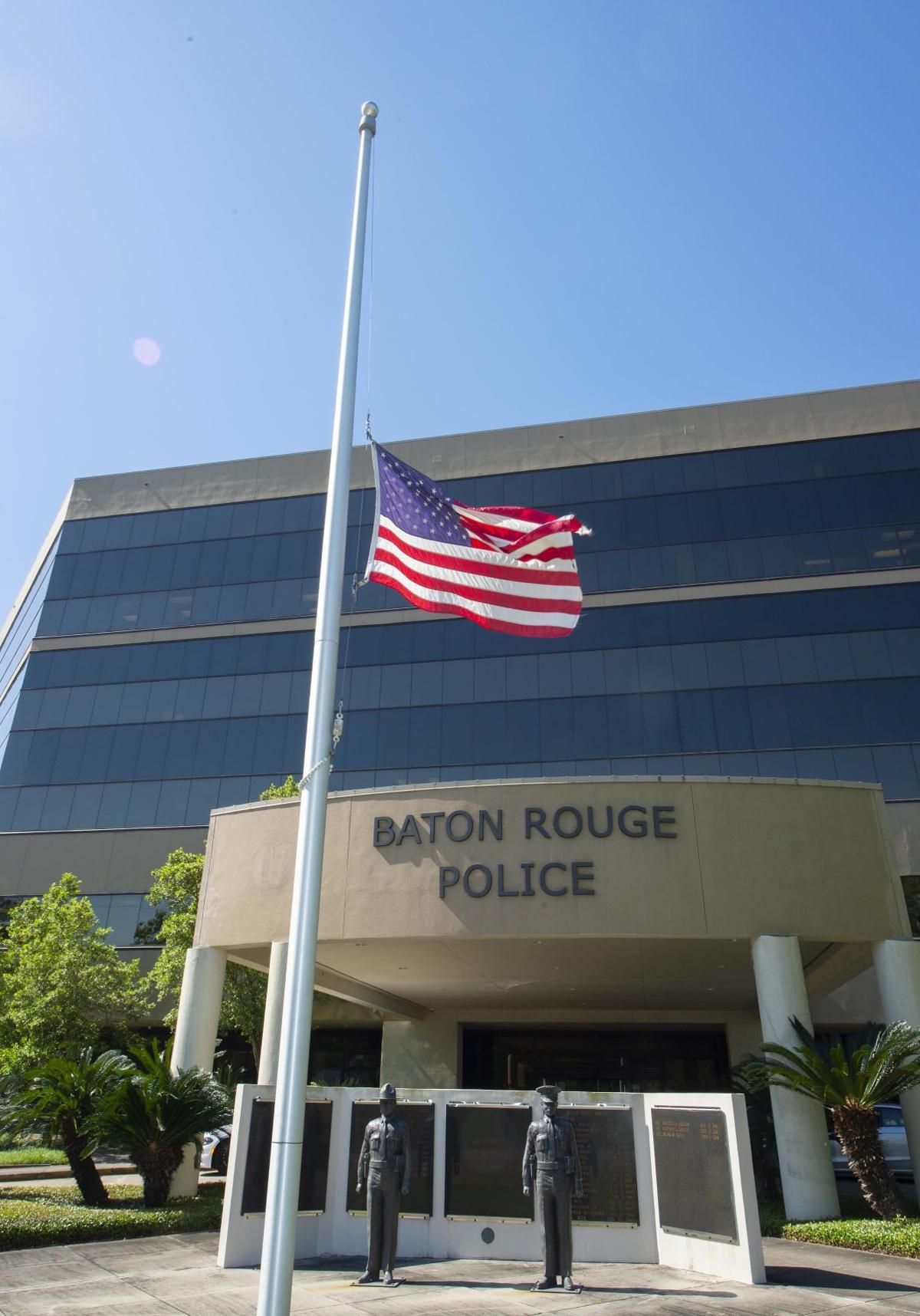 The man accused of shooting two Baton Rouge police officers Sunday afternoon, killing one, had threatened violence against law enforcement in the past during a dispute with his girlfriend in which he ordered her not to call 911.

That was in 2017, when Ronnie Kato threatened to mimic a man who had traveled to Baton Rouge from Kansas City several months earlier and then conducted a premeditated ambush on local law enforcement outside an Airline Highway convenience store, killing three officers and wounding three more.

Kato told his girlfriend he would "Gavin Long" the police if she summoned law enforcement during an argument over a child he had with another woman, according to a police report filed at the time.

The shooting Sunday afternoon — in which Kato is accused of killing one officer and leaving the other hospitalized in critical condition — also occurred against a backdrop of domestic violence.

Detectives believe Kato, 36, shot and killed his girlfriend's stepfather Sunday morning and then fled the scene, which is why police were attempting to make contact with him that afternoon. An affidavit of probable cause released Monday reveals new details about what happened next.

Police had received a tip that Kato had gone to a house in Baton Rouge's Howell Park neighborhood, and officers wanted to conduct a "knock and talk" with him, according to the affidavit. Two officers went around the back of the house "to make sure Kato did not flee."

"As they approached the backyard Kato opened fire with an assault style rifle striking both officers," police said. One officer was killed in the initial attack. "Evidence on scene indicated that the suspect stood over the deceased officer and shot him multiple times. … Several of the wounds appeared to be close contact."

Baton Rouge police have not released the names of the two officers involved. Both were transported to the hospital, but the affidavit reveals one had already died at the scene.

Kato barricaded himself inside a house after the shooting, which occurred around 12:30 p.m. on Conrad Drive off Winbourne Avenue and North Foster Drive. A standoff lasted several hours until he was ultimately taken into custody without incident Sunday evening and later booked into jail.

One of two BRPD officers dies from injuries in Conrad Drive shooting; suspect taken into custody

East Baton Rouge District Attorney Hillar Moore III said Monday he plans to seek the death penalty against Kato because of the "egregious" facts of the case, though that plan could change after he speaks with the victims' families.

"My office rarely seeks the death penalty. We do so only in the most serious of cases," Moore said. "Based on what I know now, I believe that pursuing this matter as a death penalty case is what justice would demand."

The domestic violence homicide earlier Sunday occurred around 9:30 a.m. on North Pamela Drive, a residential street off North Sherwood Forest Drive more than 5 miles from where the officers were shot. A second affidavit details the circumstances leading up to that first shooting.

Kato's longtime girlfriend told police the two had recently been arguing, so she went to her mother's house on North Pamela Drive. Kato showed up there Sunday morning and another argument ensued, police said.

She then walked in the house away from him, and Kato kicked down the door and struck her in the head with a pistol, according to the affidavit. He then went back outside, retrieved a rifle and started shooting into the house, she told police. The girlfriend was hiding inside the bathroom but could hear Kato "in the house shooting and yelling 'where she at?'"

She told police she stepped out of the bathroom after hearing Kato leave, and found that her stepfather had been shot. Police identified the victim as Curtis Richardson, 58.

There were six people inside when Kato shot up the house, police said. It appears Richardson was the only person injured in the attack.

Kato and his girlfriend had been together for almost 20 years and were engaged to be married, according to the affidavit.

He fled the scene after the shooting, leaving the family devastated, and ended up on Conrad Drive.

A close friend of Kato and a nephew of Richardson, who asked not to be named out of concern for his safety, said he was shocked and saddened at the news in part because he knew Kato to be a devoted father and overall decent person. The man said Kato had no vendetta against law enforcement or longstanding intentions to harm police.

"There's no way this was a planned attack on the police. He's no Gavin Long," he said. "This was a domestic situation that blew up and he must have lost his mind. From that moment on, it's almost like he had walked through the gates and couldn't turn back around."

Kato and his girlfriend had three children together. His friend said their relationship had its ups and downs but appeared loving from his perspective.

He said he's now realizing the importance of noticing the warning signs of domestic violence and addressing them before things escalate past the point of no return.

"Our family is torn apart and now other families have to mourn," he said. "My condolences for the officers and the police department. It's just senseless."

The 2017 police report states that police were called to Kato's house in reference to a disturbance, and his girlfriend told officers he was intoxicated, had threatened her — including with the Gavin Long comment — and taken her keys. The girlfriend took their children and went to a relative's house until things calmed down, according to the police report. The incident didn't result in charges being filed against Kato.

In fact, his documented criminal history contains no additional instances of alleged violence. It's limited to two separate drug possession cases, one in 2001 and another in 2010 — and nothing since then besides a 2013 traffic ticket, according to East Baton Rouge court records. Charges were dropped in the most recent drug possession case.

Civil court records also show no signs that Kato's girlfriend or anyone else had requested temporary protection from abuse.

Criminal justice experts have been warning about a possible uptick in domestic violence that could occur amid the ongoing coronavirus pandemic because victims are trapped in stressful situations and in close quarters with their abusers. Those volatile situations are often dangerous for law enforcement officers responding to such calls.

A recent increase in shots fired calls also had Baton Rouge police cautioning members of the public to report crimes or potential violence before it happens.

Police have not indicated when they plan to release names of the officers who were shot. The one who died had served 21 years with the department.

"Our officers — talk about being public servants and the responsibility that comes along with being a law enforcement officer," Baton Rouge Police Chief Murphy Paul said during a short media briefing at the scene Sunday. "This is a call no chief wants to get."

Just hours after the Conrad Drive shooting, the police department learned a former BRPD officer had been shot and killed Sunday night in a separate and unrelated incident after he confronted a vehicle burglar. That loss brought another blow to the local law enforcement community.

"I know how much we appreciate law enforcement officers who every day when they go to work they put their lives on the line for us to keep us safe," he said. "And obviously we cannot do enough to show our appreciation or to repay them or to thank them, so I'm just going to ask everyone to lift the families of those three officers up in prayer."

The Baton Rouge police officer killed Sunday afternoon has been identified as Sgt. Glenn Dale Hutto Jr., who served with the department for 21…