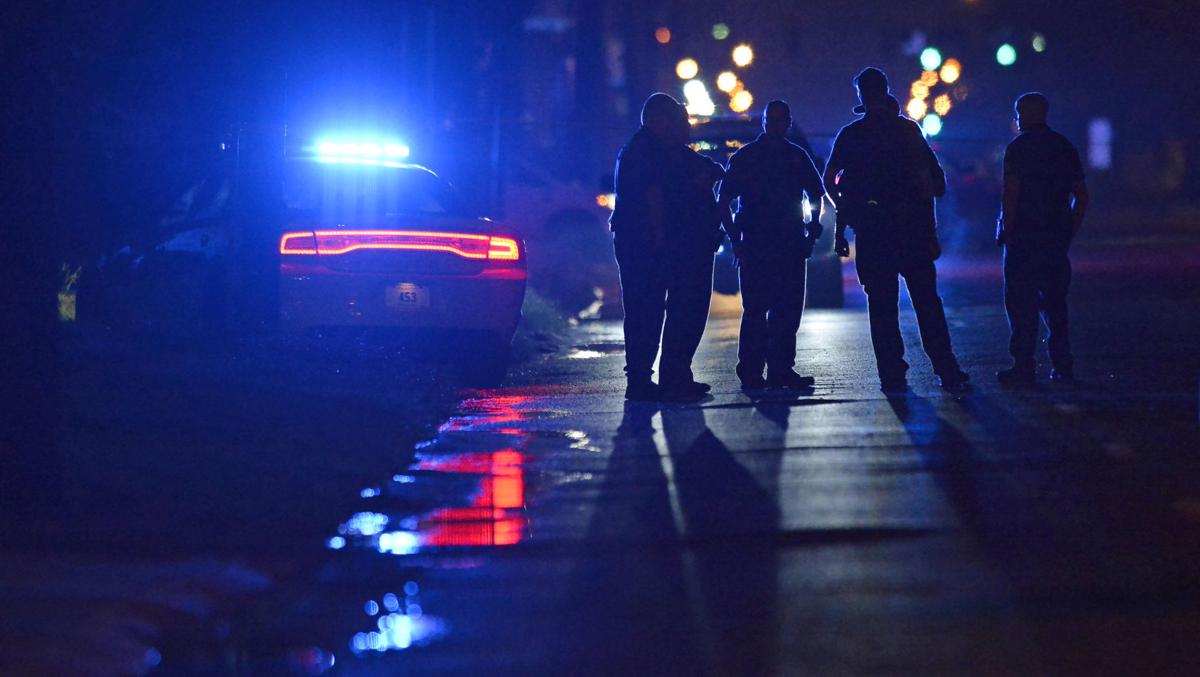 After four fatal shootings between Tuesday and Friday of this week, the number of homicides in East Baton Rouge Parish so far in 2017 has now surpassed the overall number of killings for all of last year.

In 2016, the number of intentional and unjustified homicides dropped to 62, a celebrated low point that had not been seen since before Hurricane Katrina. But this year the numbers rebounded, with 64 people killed as of Friday evening with almost four full months left in the year.

Baton Rouge Police Department has handled more than 80 percent of those 2017 investigations, 11 probes more than all of the department’s homicide investigations the previous year.

As the city’s homicide numbers have ticked up over the past couple months, nearby New Orleans — a city that typically has a much higher homicide rate — has seen a decrease, marking the first time on record that Baton Rouge had more homicides than New Orleans in consecutive months, according to crime analyst Jeff Asher. Still, New Orleans' tally for all of 2017 stood much higher, with Asher saying his unofficial count for the city was 115 homicides through Friday.

“Unfortunately, it’s pretty disturbing,” said Interim Police Chief Jonny Dunnam. “I mean we’ve had on average ... close to 8 homicides a month, which is extremely high. It’s reminiscent of basically our 2012 numbers when we had an overall count of somewhere in the 80s.”

There were 83 homicides in 2012 with BRPD investigating 67 of them, according to The Advocate’s records. The BRAVE program that targeted gang violence was implemented that year and was heralded as a key factor in the decreased number of homicides in many of the years that followed.

Dunnam said he didn’t specifically want to point to the recent dismantling of BRAVE as an influence in the homicide increase, but he did say the program's value could be seen in the drop of killings after it was implemented.

East Baton Rouge District Attorney Hillar Moore III emphasized that he doubts a connection between the homicide numbers and the end of BRAVE, which is transitioning to being run by a non-profit organization. BRAVE targeted group and gang violence, but Moore said he has not seen those kind of killings at the core of 2017’s homicides.

More homicides than usual have stemmed from ongoing feuds and retaliation, Moore said. Police believe one such feud occurred earlier this summer over a 2008 killing ruled at the time to be self-defense. Two brothers were arrested in the June 29 killing of 37-year-old Donald Wayne Ely, with police saying in arrest documents they believe the motive was vengeance for Ely shooting another man almost a decade ago.

“Is it that people are back returning to the neighborhoods that they were kicked out of because of the flood? Are they returning to feuds over drugs and territory?” Moore said. “That’s something that we’re going to look at.”

In addition to these triggers, Moore said he noticed fewer homicides with multiple victims this year than previously. There have been four double homicides and zero homicides of more than two people at a time.

In the coming weeks, Moore said local agencies plan to meet to discuss what is causing the uptick in homicides and what they can do about it. Law enforcement officials hold the homicide reviews about every four months, Moore said.

“You would think it’s a simple answer: who is killing who and why and how can we stop (it),” Moore said. “It just appears to be a much more difficult question to answer … and try to stop. ... Surely it’s something we are looking at, but no one's throwing in the white towel and saying bring in outside help because that’s not the way we are.”

Though both Moore and Dunnam said the core causes of the homicides may be shifting, they also agreed that lack of manpower among local law enforcement agencies is a problem. Dunnam said BRPD is around 60 officers short of the 698 allotted officers for the agency. East Baton Rouge Parish Sheriff’s Office was 90 short of the allotted 740 deputies as of earlier this month.

“Coming into the office, I think one of the things that I noticed the most was the manpower issues,” said Dunnam, who was appointed temporarily to the police chief role by Mayor-President Sharon Weston Broome earlier this summer. “It’s difficult to pull those officers out of uniform patrol, which is basically the backbone of the department.”

The department has implemented additional Friday patrols and bumped up the number of officers on the Street Crimes Division in an effort to proactively curb the crime rate, Dunnam said. Ideally, he hopes they can find more money to boost officer salaries to help with recruiting, as well as paying for additional police academy classes to train more officers.

“(The homicides are) not from a lack of effort on the officer’s part,” he said.

Moments after I and a group of friends arrived home recently from a five-day vacation, we were met by several other friends who were eager to …

BRAVE: How Baton Rouge's promising anti-crime program folded, and where it goes from here

Five years ago, an unusually bloody summer forced Baton Rouge leaders into a scramble to stem a homicide rate that was outpacing Chicago's.

What caused Baton Rouge's spike in violent crime? Experts point to these factors