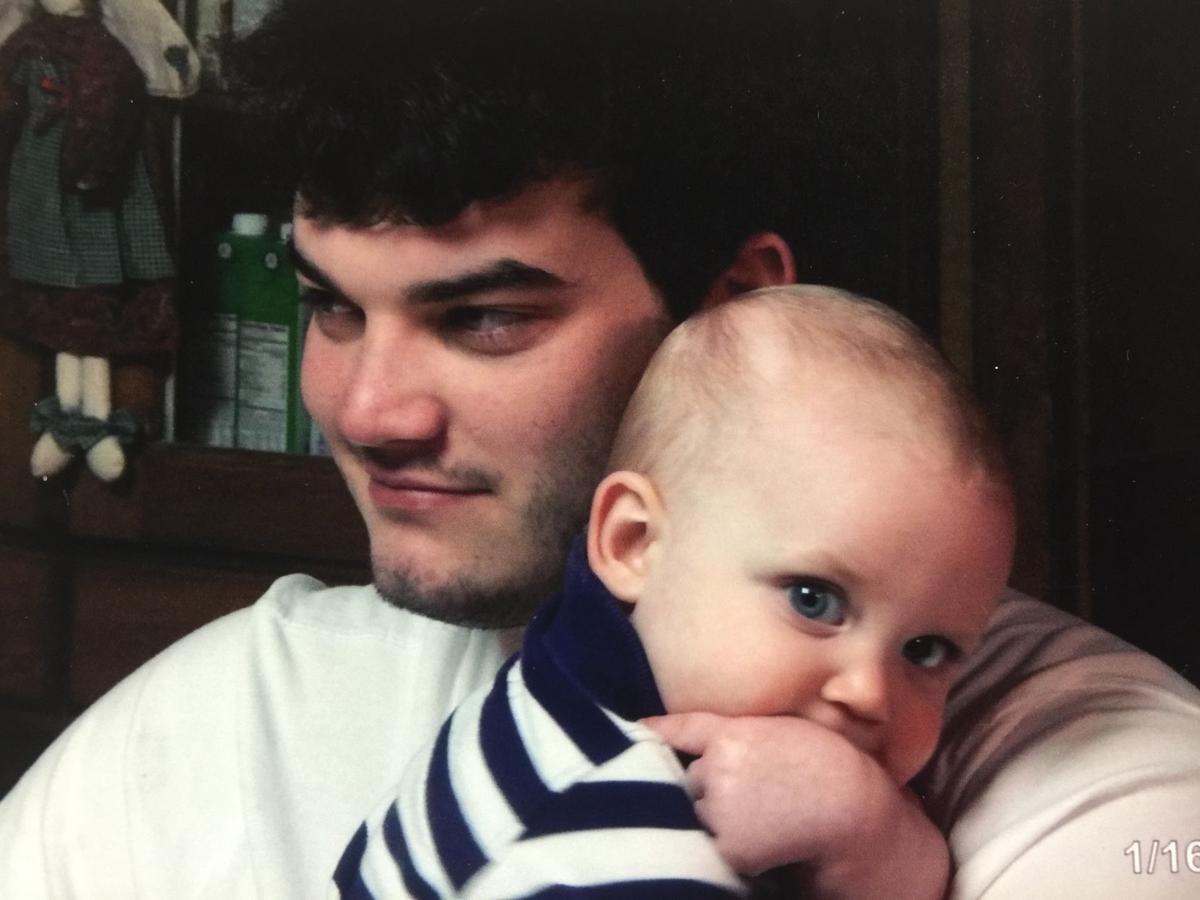 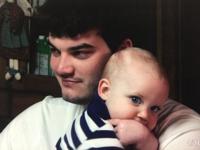 Coltin LeBlanc and his son, Brennan. 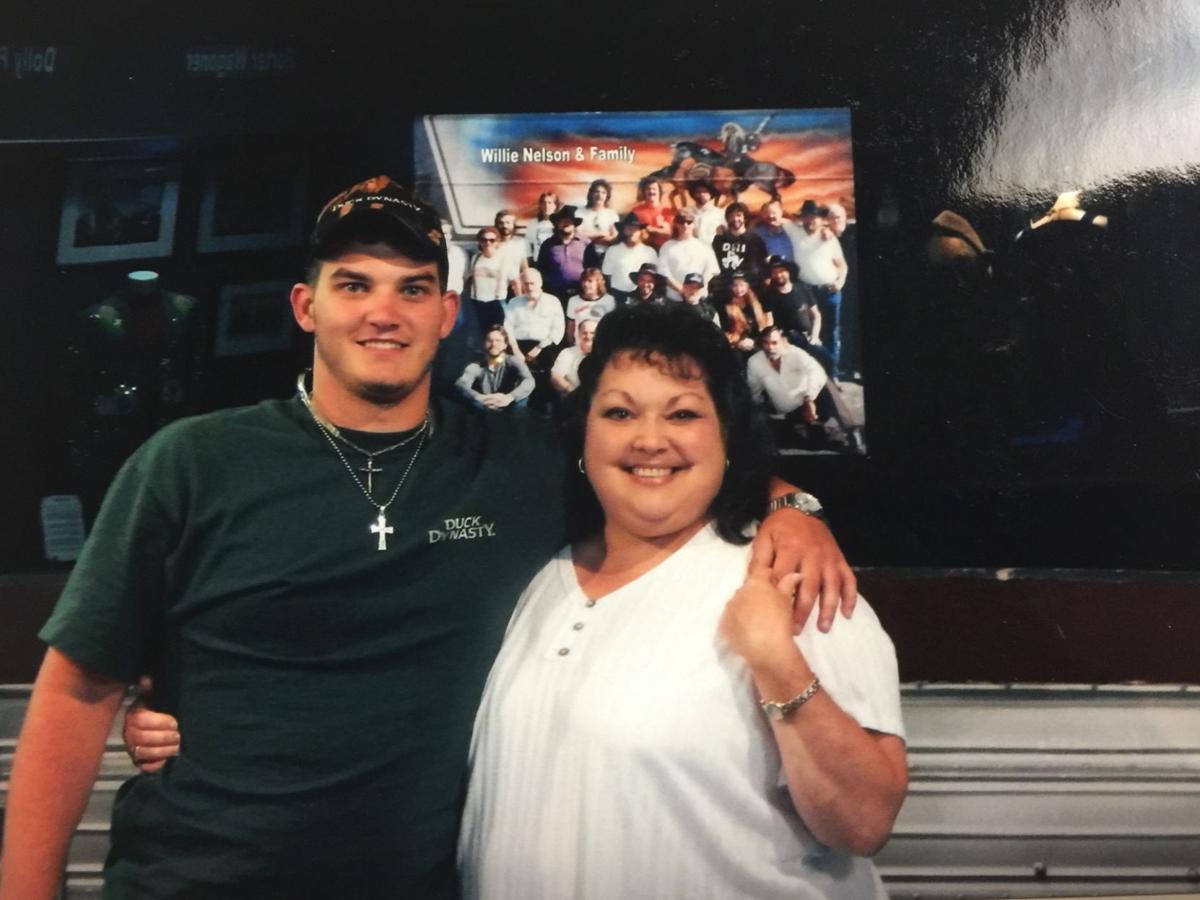 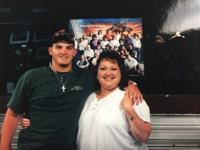 Coltin LeBlanc and his son, Brennan.

But Coltin LeBlanc, 23, wasn't listening. He gave her a hug and told her to stop worrying about him, that he would be alright — he'd be back in 20 minutes. Then he drove away.

Less than an hour after leaving his mom's house in Loranger around midnight, Coltin LeBlanc was in an ambulance being rushed to the hospital. A traffic stop in downtown Hammond led to a "struggle" that ended when a State Police trooper discharged his service weapon, striking the young man multiple times and ultimately ending his life.

His mother said the hospital called her about 2 a.m. Sept. 27 telling her only that her son had been involved in a "situation" and was undergoing surgery. So she rushed to the hospital, thinking it must have been a car accident.

Another three hours passed before two State Police troopers finally approached her in a hospital waiting room, asking for her name and address before telling that her son had been shot during an encounter with police.

Coltin LeBlanc died later that morning while doctors were operating on him.

A Louisiana State Police trooper shot and killed a motorist in downtown Hammond early Thursday, though State Police wouldn't say later in the …

State Police have released few details about the encounter, refusing to disclose why he was pulled over or whether the incident was captured on video. They've declined to release the name of the trooper involved or whether that person has been placed on leave during the investigation, and they've denied a public records request for footage of the incident.

But after The Advocate posted this story online Sunday night, State Police spokesman Lt. Nick Manale sent an email with more information. He confirmed that the traffic stop was for a license plate violation and that body camera footage of the incident does exist and is being reviewed during the investigation.

For Sherry LeBlanc, who buried her only child last week, the unanswered questions are almost unbearable.

"I know he must've done something wrong. He's not perfect," she said. "But I think that what he got was not what he deserved. ... I hope one day to find out the truth."

A law enforcement source told The Advocate soon after the shooting that early accounts suggested Coltin LeBlanc attempted to flee during the traffic stop and ended up dragging the trooper alongside his vehicle. State Police said the trooper was not injured during the incident.

Witness accounts suggest that the officer was not dragged on the ground, but that he did grab onto the fleeing vehicle in an attempt to stop its driver.

Christopher LeTard was sitting outside Benny's bar in downtown Hammond that night when he and his friends saw a pickup truck — both windows down, with country music playing — being pulled over less than a block away on North Oak Street.

They watched with mild interest as the trooper ordered the driver out of his vehicle and spoke to him for a minute before letting him get back in the truck. They recall the driver motioning like he was looking in the glove compartment for paperwork. The driver's side door remained open and the trooper was standing inside the door shining a flashlight, LeTard said.

Suddenly the truck began to move as the driver gassed it and pulled the wheel to the right, turning the corner onto U.S. 190. LeTard said the trooper appeared to be hanging onto the door frame — "basically doing a pull up" with his left arm through the open window — while struggling with the driver.

LeTard said he could hear the trooper yelling at the driver to stop the vehicle while it continued accelerating, reaching around 35 or 40 miles per hour.

The struggle lasted less than one block as witnesses reported hearing tires squealing, followed almost immediately by about six gunshots. Then the vehicle rolled to a stop. LeTard said he thinks someone stepped on the brakes but couldn't see whether it was the driver or the trooper.

Once the truck had stopped the trooper ordered the man to get out of the vehicle but he "just kind of dropped to the ground."

LeTard confirmed that the pickup truck didn't have a license plate but said he doesn't know what caused the trooper to pull it over in the first place.

A bartender at Benny's said the business' surveillance cameras captured the incident and the video was turned over to police.

"It's just a tragic situation for both of them really," LeTard said. "The whole thing escalated so fast."

Coltin LeBlanc died the day before his 24th birthday. Sherry LeBlanc said that when the doctor told her that her son was dead, it felt "like I was watching a movie, not actually living through what was happening."

Tangipahoa Parish Coroner Dr. Rick Foster has declined to release autopsy information, including cause and manner of death, citing an ongoing investigation. But Sherry LeBlanc said that when she asked the doctor at the hospital how many times her son was shot, he replied: "Too many times for me to count while I was concentrating on saving his life."

"That makes it sound like he was pumped full of iron ... shot up," she said, sitting at her kitchen table and staring down at dozens of photographs spanning her son's life. "Why did that trooper need to shoot him so many times? That's what I don't understand."

Coltin LeBlanc had been arrested four times on DWI and related counts during the months of June and July 2016. He was convicted and sentenced to a year in state prison.

His arrests came about a year after the birth of his son, Brennan, now 3 years old. Sherry Leblanc said that was a rough time for Coltin, who was going through a custody battle with his son's mother.

She also said Coltin struggled for years with alcoholism but had been sober for several months after his 2017 release from prison. His mother said she drove him to work each morning at the local farmers' cooperative and that he was spending as much time as possible with Brennan — "being good and working hard."

He had saved up and recently bought the used pickup truck he drove that fateful night, obtaining the title just hours before his death. But the truck still didn't have plates, and his license was still suspended from the DWIs. His mother said he planned to apply for a "hardship license," which lets people drive to work and make other essential trips.

"He was on the cusp of everything," Sherry LeBlanc said. "He paid his debt and was rebuilding his life. And now it's all gone — gone in an instant because he made one stupid decision. ... My life is forever changed, never to be the same again."

She added that her son had been drinking the night of his death but didn't appear intoxicated when he left the house in his new truck. He told her he was going to visit a friend down the road, placing a hand on her shoulder and asking her not to worry. That was their last conversation.

His mother is left struggling to understand how the night ended in tragedy, worried she'll never know exactly what happened.

"I just have to question why it was necessary to shoot him like that. Couldn't they have tased him instead? Wasn't there anything else they could have done?" Sherry LeBlanc said. "Nothing can bring Coltin back, but at this point I'm praying for justice."