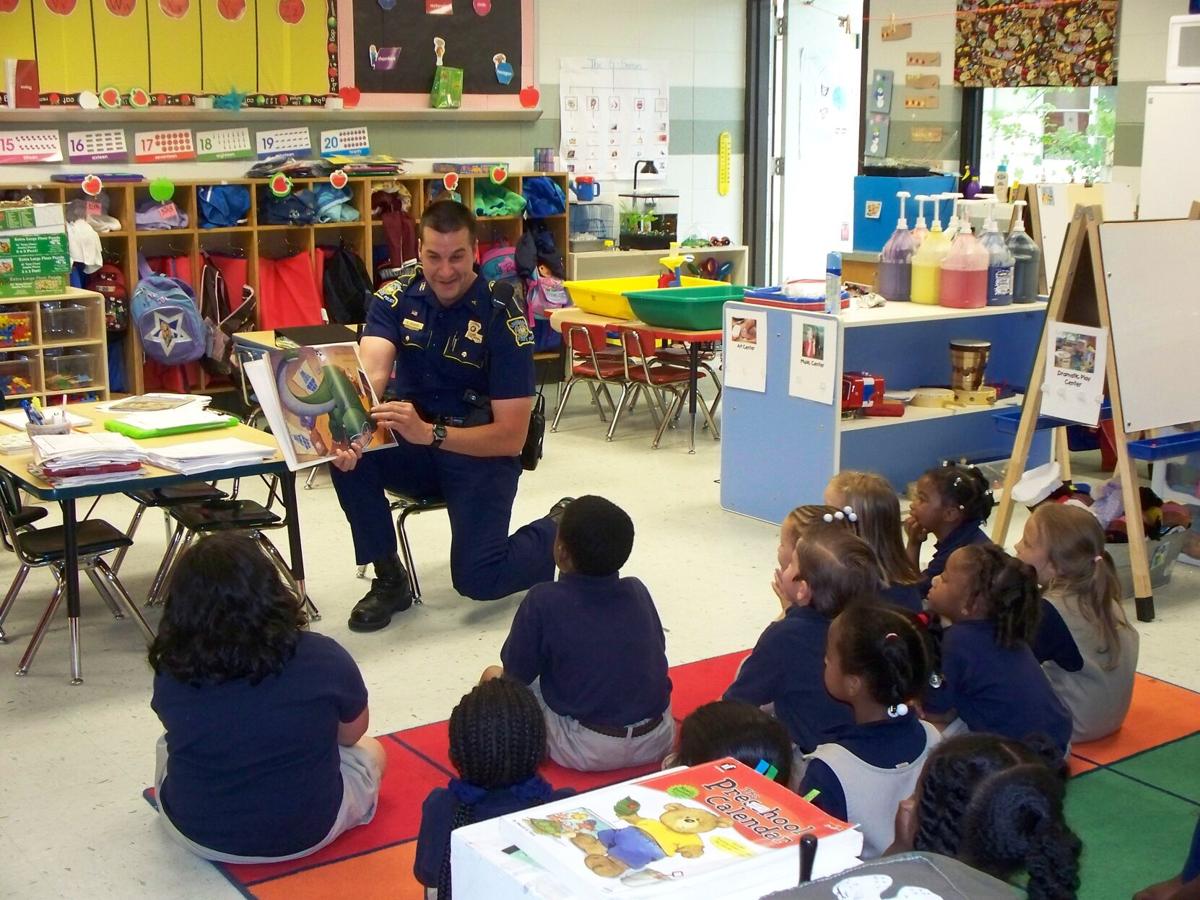 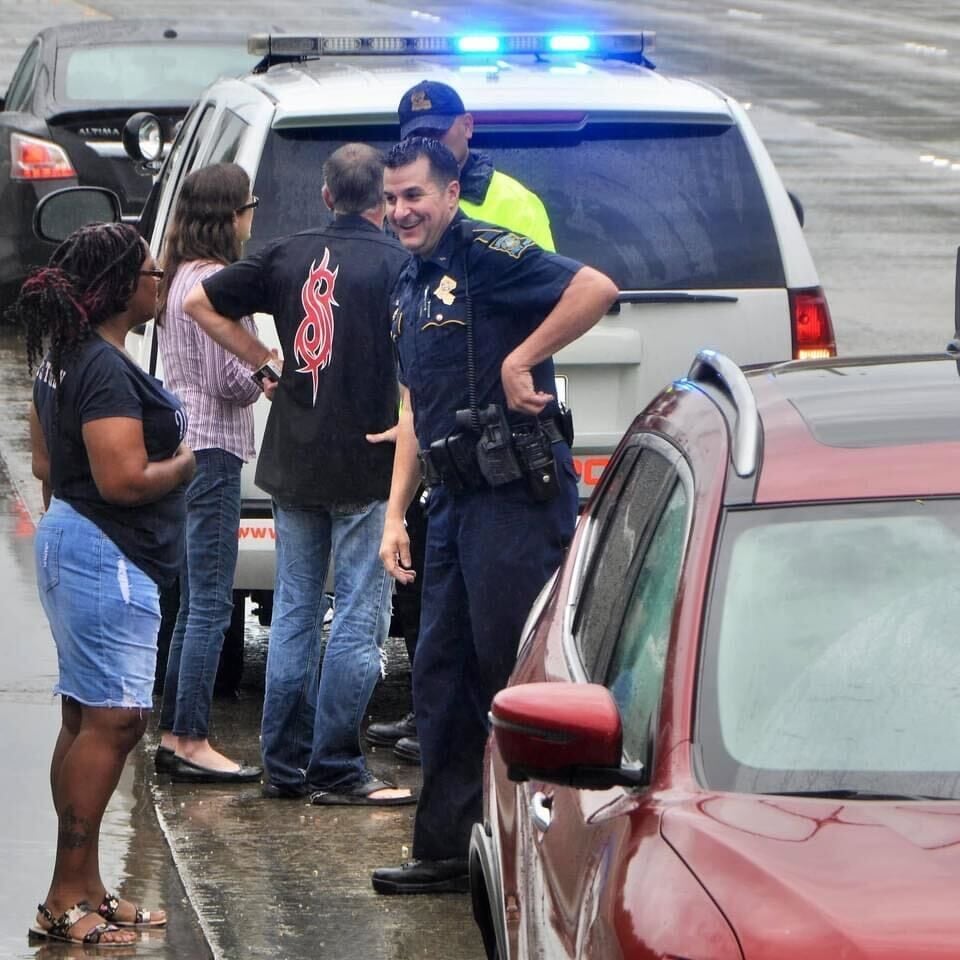 During Tropical Storm Barry in 2019, Master Trooper Adam Gaubert works on I-10 near Siegen Lane. Gaubert was killed Saturday in an ambush in Prairieville, State Police said. 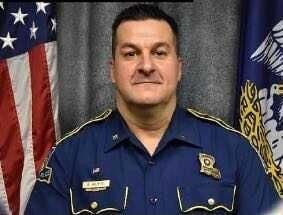 During Tropical Storm Barry in 2019, Master Trooper Adam Gaubert works on I-10 near Siegen Lane. Gaubert was killed Saturday in an ambush in Prairieville, State Police said.

On Sunday morning, hours after a Louisiana State Police trooper was found dead inside his vehicle during a daylong manhunt for the suspect in that shooting and others overnight Saturday, Gov. John Bel Edwards and other state leaders mourned the loss of a veteran public servant.

Master Trooper Adam Gaubert, a 19-year Louisiana State Police veteran, had joined the force after serving in the U.S. Army.

"Trooper Gaubert embodied everything we stand for; honor, duty, selfless service and courage," State Police said in a statement. "In the days ahead, we will mourn his tragic death and honor his service to our department and the citizens of Louisiana."

Gaubert was found dead inside his vehicle around 6 p.m. Saturday — about a mile from the scene of a double shooting that unfolded before dawn at a house in Prairieville. Authorities linked both incidents to Matthew Mire, who allegedly committed a string of shootings overnight Saturday starting near his house in French Settlement when he shot two neighbors around midnight, both of whom are expected to recover.

He then stole a truck from a nearby house in French Settlement and drove to Prairieville, where he shot two relatives, killing one.

State Police launched a massive multi-parish manhunt for Mire after he fired at another trooper around 5 a.m. Saturday in the southeast corner of East Baton Rouge Parish.

Officials have not disclosed an exact timeline of events, including whether they believe Gaubert was killed before that 5 a.m. confrontation, which resulted from an attempted traffic stop. Mire was finally taken into custody around 11 p.m. in a wooded area near Bayou Manchac off Hoo Shoo Too Road.

"This is one of the toughest nights of my entire career. It hurts," State Police Col. Lamar Davis said in a midnight news conference from the scene of where Gaubert was found.

Officials declined to say whether Gaubert had been responding to the overnight double shooting in Prairieville, or whether he just happened to be in the area when the alleged ambush unfolded.

"Law enforcement has lost one of the great ones in a senseless act of violence," St. Amant Fire Chief James LeBlanc wrote in a Facebook post Sunday morning, saying the department often had the pleasure of working with Gaubert.

"He was ALWAYS professional and smiling," LeBlanc said. "Prayers for his family and to law enforcement everywhere. Our hearts are shattered."

A gunman who led police on a high-speed chase and daylong, multi-parish manhunt is in custody and unharmed, officials said.

Gaubert joined the Army after graduating from high school, then became a state trooper in 2002. He patrolled the Gonzales area.

In 2008, he was honored by the Knights of Columbus in Gonzales during a law enforcement appreciation event, when a supervising trooper praised Gaubert for his attention to detail and determination to investigate even the simplest traffic stops.

While responding to a recent traffic accident, the supervisor said, Gaubert had found some drugs and used that evidence to get information about a large-scale meth smuggling operation that netted arrests in three states.

Gov. John Bel Edwards said in a statement Sunday morning that Gaubert "served selflessly and courageously to keep our people and our communities safe, and he represents the best of all us."

"Please join Donna and me in praying for Trooper Gaubert and his family, his friends and the many people whose lives he touched," Edwards said in a statement. "Our thoughts are also with the Louisiana State Police family, as it has lost a dedicated and loyal teammate and a brother."

Baton Rouge Police Chief Murphy Paul, also a State Police veteran, expressed his condolences: "The entire Baton Rouge Police Department would like to send our deepest sympathy to the family of our fellow brother in law enforcement," he said in a statement.

"Anyone who had the privilege to know Adam Gaubert is better for it," State Police Lt. Jared Sandifer wrote on Facebook. "Rest easy my friend…"

The man accused of killing two people, including a Louisiana State Police trooper, is in the hospital with a bite from a police dog and a self…