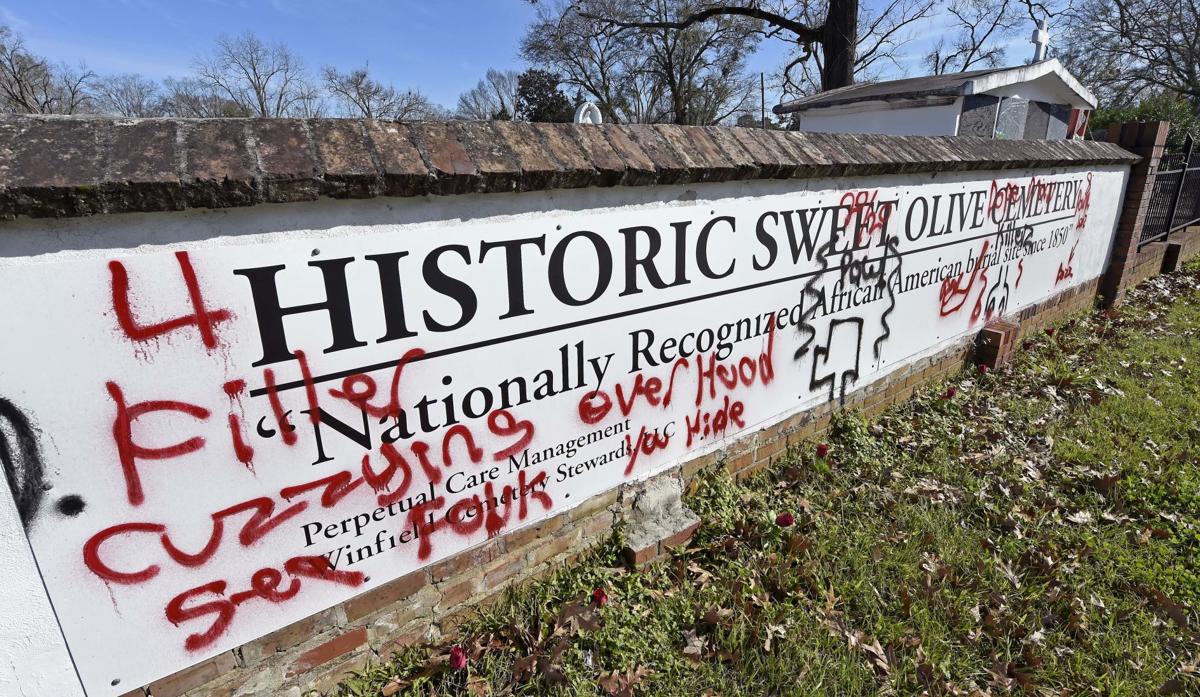 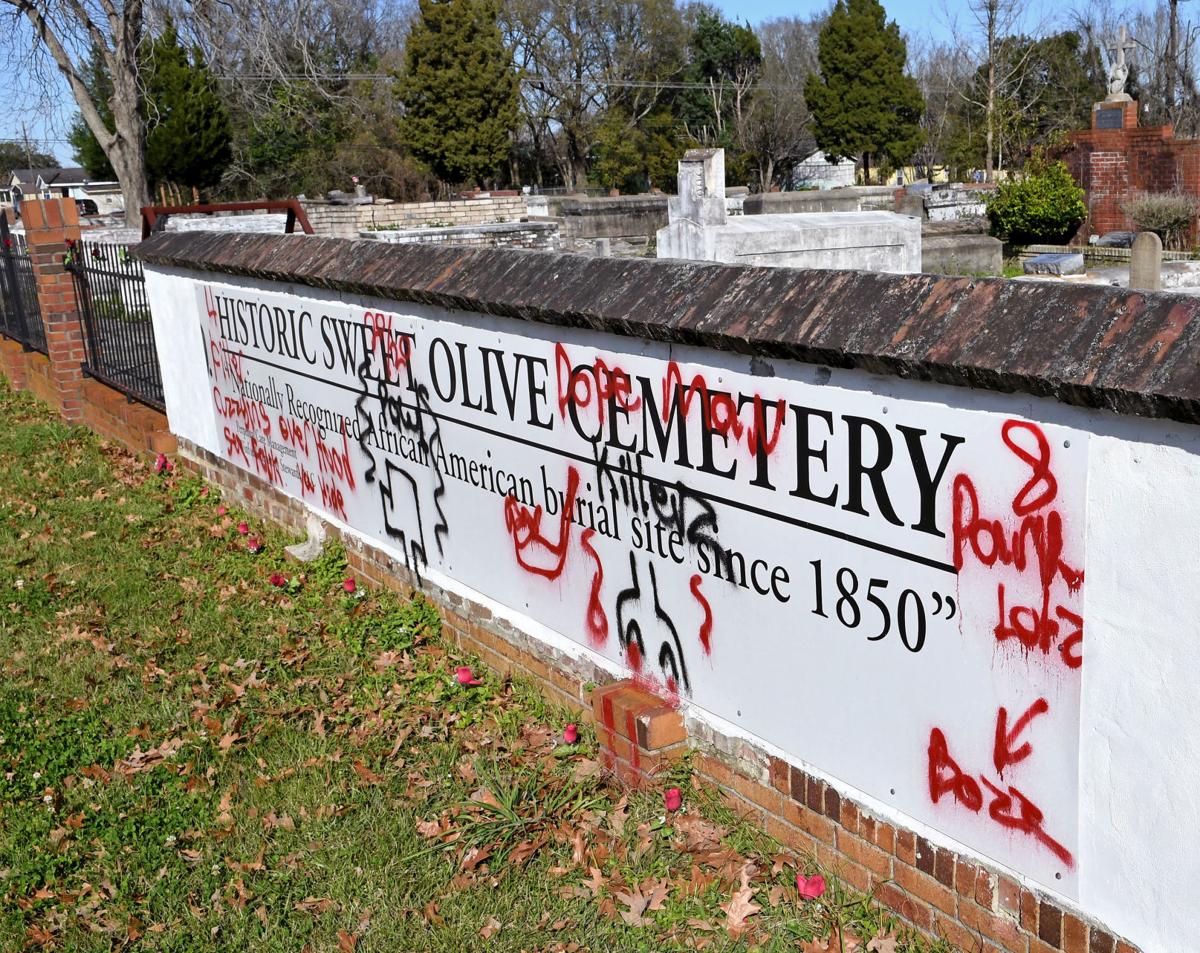 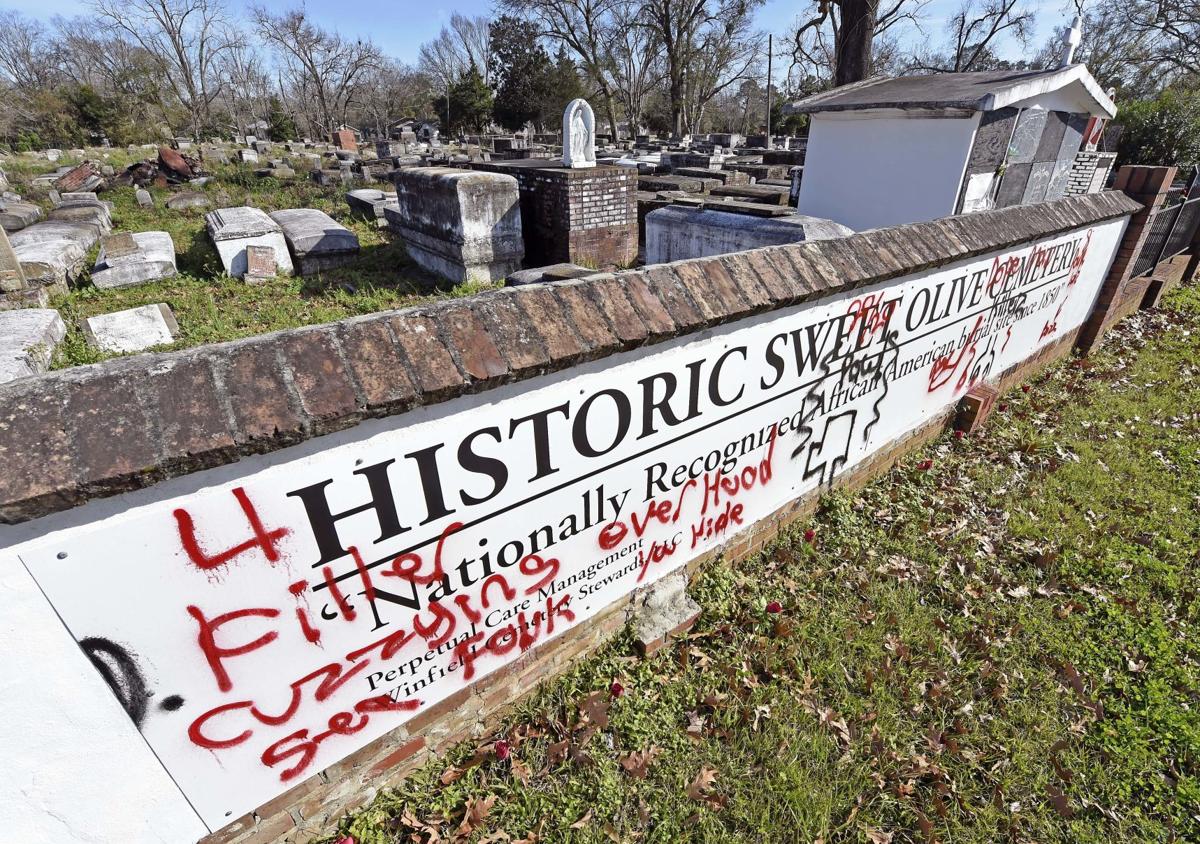 Baton Rouge police are investigating the source of graffiti defiling the sign for the city's oldest African American cemetery.

Sweet Olive Cemetery, which covers about 5 acres and runs along South 22nd Street between North Boulevard and Louisiana Avenue, was founded in 1850, according to the sign on the site. Some believe the cemetery is actually decades older.

Historians agree it's the first cemetery in Baton Rouge that was incorporated for use by black residents, and remains the final resting place of many prominent black residents and leaders, including veterans of World War II and the Korean War.

The cemetery has fallen into disrepair off and on in recent years, though community groups have repeatedly stepped up to clean up and maintain the site.

Baton Rouge police are searching for the person or people responsible for the recent graffiti, which appears to contain random words and symbols. Police spokesman Sgt. Don Coppola Jr. said investigators believe the same people are also responsible for other recent instances of graffiti in the area.

Baton Rouge police have arrested a man they say vandalized the sign for the city's oldest African American cemetery.