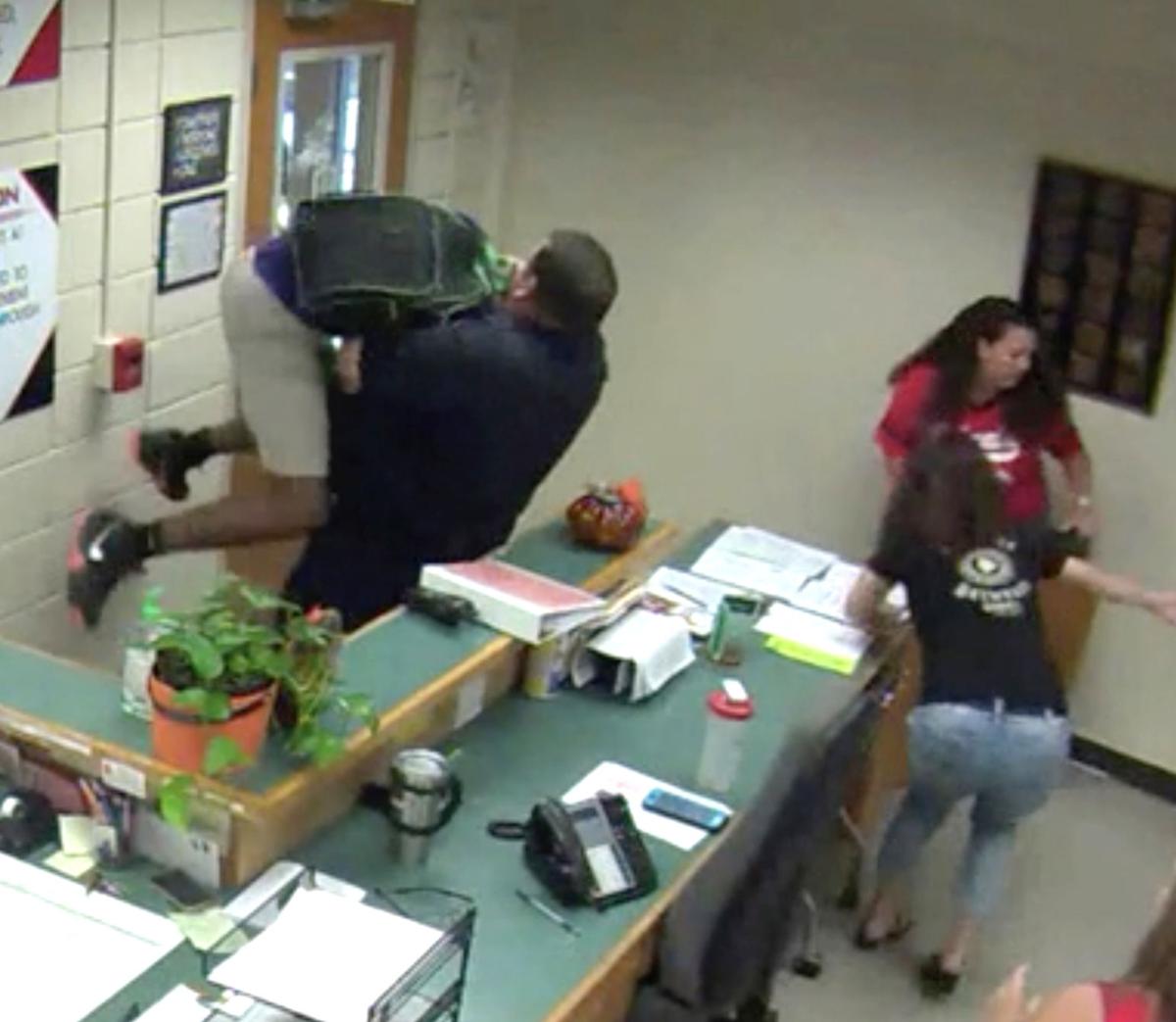 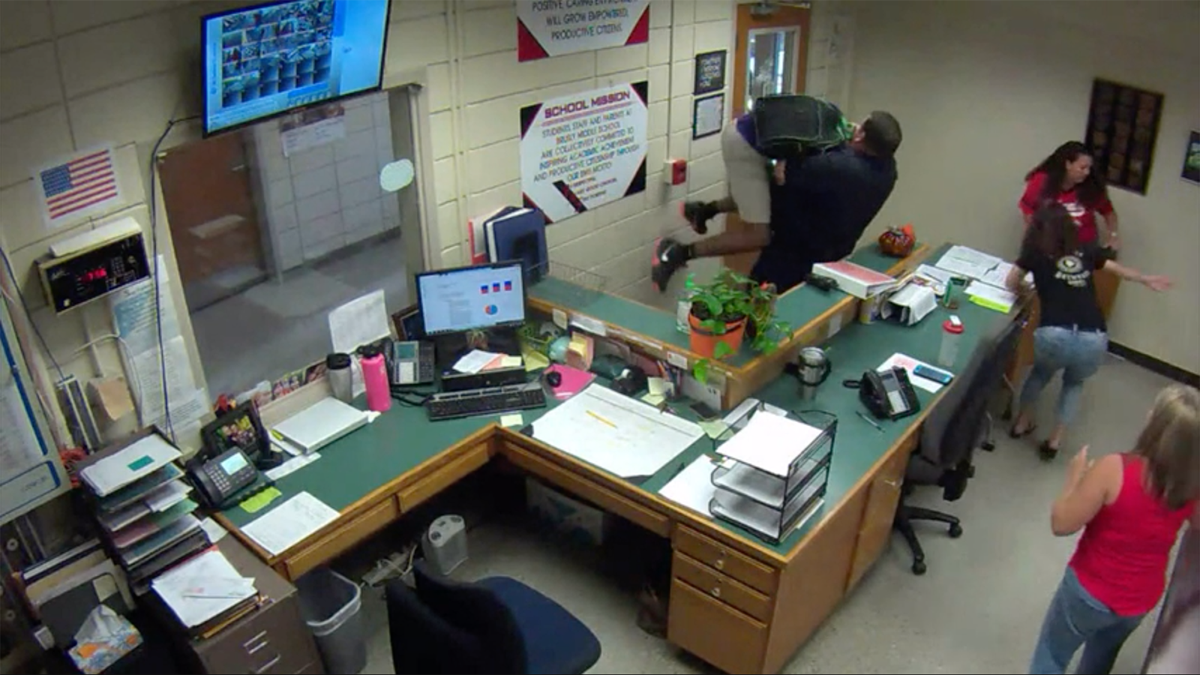 A screen capture of leaked video footage provided to WAFB shows former Brusly Police Officer Anthony "Kip" Dupre lifting a 14-year-old student in the air during an altercation at Brusly Middle School on Oct. 5. The Louisiana State Police is investigating the incident for allegations of excessive force.

A screen capture of leaked video footage provided to WAFB shows former Brusly Police Officer Anthony "Kip" Dupre lifting a 14-year-old student in the air during an altercation at Brusly Middle School on Oct. 5. The Louisiana State Police is investigating the incident for allegations of excessive force.

Video footage of a police officer wrestling with a 14-year-old Brusly Middle School student last month has leaked in the midst of a Louisiana State Police investigation into allegations of excessive use of force by that officer and one other, authorities said Wednesday.

The footage shows former Brusly Police Officer Anthony "Kip" Dupre, who at the time had recently become the school resource officer, wrestling with the student and slamming him to the ground twice in the school's office as school staff watched on Oct. 5.

A top police official in Brusly said Dupre later claimed the student had reached for his pistol during the struggle, and the video appears to show Dupre handing his holstered weapon to a school staffer to get it clear of the melee on the floor of the school's administrative office.

WAFB broadcast the surveillance video of the incident Wednesday evening, saying it had been sent to the television station by an anonymous source.

Brusly Police Chief Jonathan Lefeaux said his officers obtained the school office surveillance video Oct. 8 or 9 and, once he saw it, decided to turn it over to Louisiana State Police for a possible investigation.

"The optics to this one are bad, and I'm going to put it before the public and let them make the determination what to do with it," Clayton said Wednesday night.

Citing anonymous sources, WAFB's report says that the student later admitted to reaching for the officer's gun and that the student had previously fought with other officers on at least two occasions.

Lefeaux told The Advocate he was familiar with prior incidents related to the teen that happened outside the school but didn't share more details.

Lefeaux said Officer Dupre had originally been called to the school office the morning of Oct. 5 while he was heading to work. The youth was reportedly acting out and wanting to go home, Lefeaux said.

WAFB reported the student was trying to make a phone call to be picked up after getting into an argument with the vice principal.

Though the school surveillance camera appears to be mounted near the ceiling, a full view of the scuffle is blocked by the office's front desk. The officer and student appear to be on the ground below the front desk for much of the struggle, with only Dupre's head, shoulders, arms and the youth's feet visible for long stretches in the five-minute video.

In one, roughly 30-second period, however, Dupre can be seen rapidly thrusting his right shoulder and arm up and down apparently toward the youth, as if punching him, while the much larger man had the teen pinned to the ground. Lefeaux estimated Dupre is about 6-feet 2-inches tall and pushing 300 pounds.

Seconds after the right arm jabs, Dupre can be seen passing a gun back behind himself with his right hand to a school employee, who put the gun behind the front desk and away from the fray.

Dupre then appears to speak on his police radio just seconds before getting the teen in a headlock, lifting him upside down so his legs and feet were pointing up in the air and whipping the teen's body back around to the ground.

Dupre and the second officer, Dan Cipriano, who arrived near the end of the struggle, eventually get the student in handcuffs and escort him out of the office.

Dupre, who has about two decades of law enforcement experience, and Cipriano were initially placed on paid leave last month but resigned last week, Lefeaux said.

Lefeaux said he had asked for the officers' resignations because he believes the nature of the incident would have made it hard for them to continue to work in the community. Both men had been with the police department in this West Baton Rouge community for about three years.

Lefeaux added neither officer had his body camera on during the incident for reasons that remain unclear.

The police chief said he didn't know the student's status at the school. Attempts to reach school system officials Wednesday night were unsuccessful.