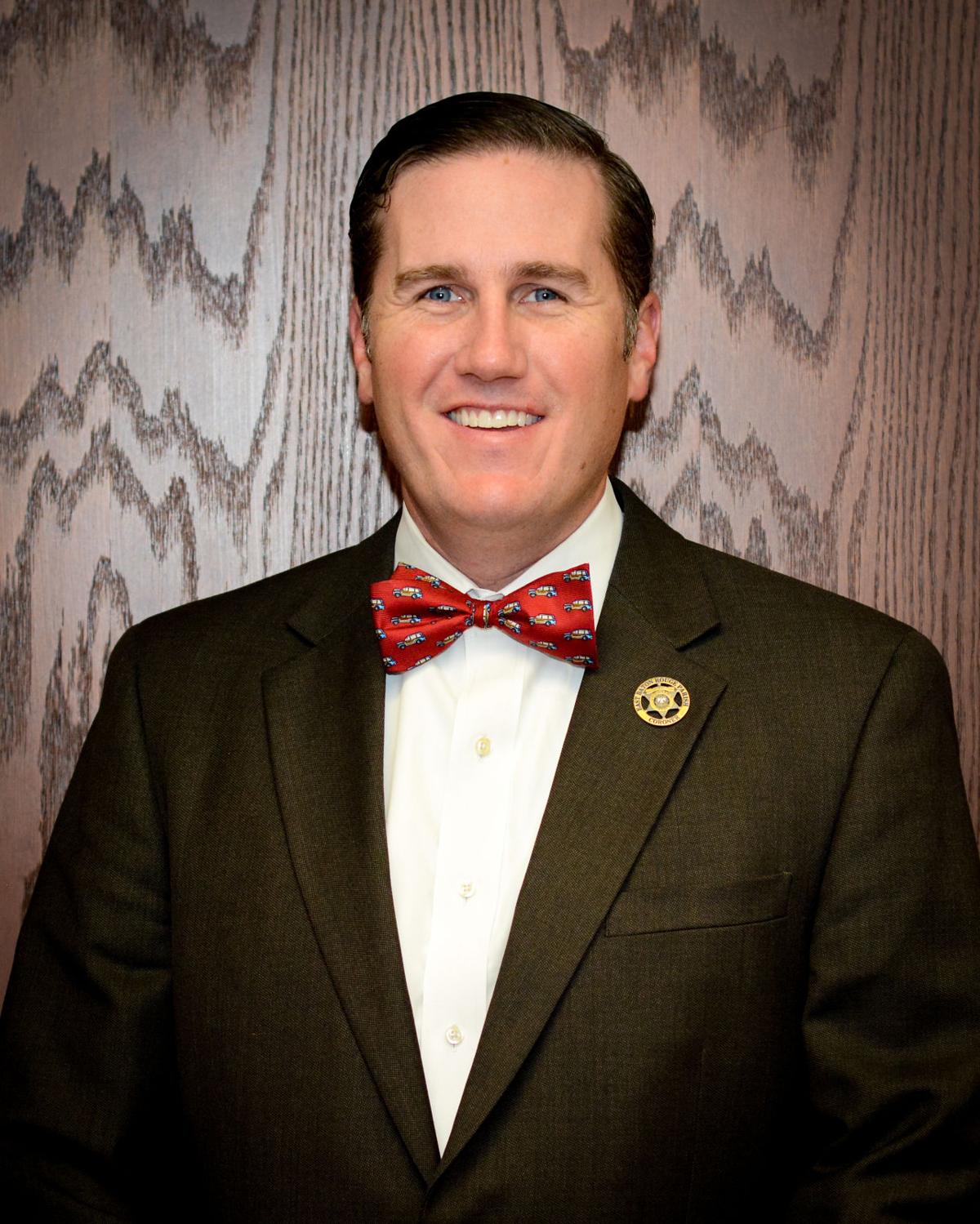 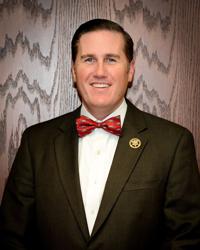 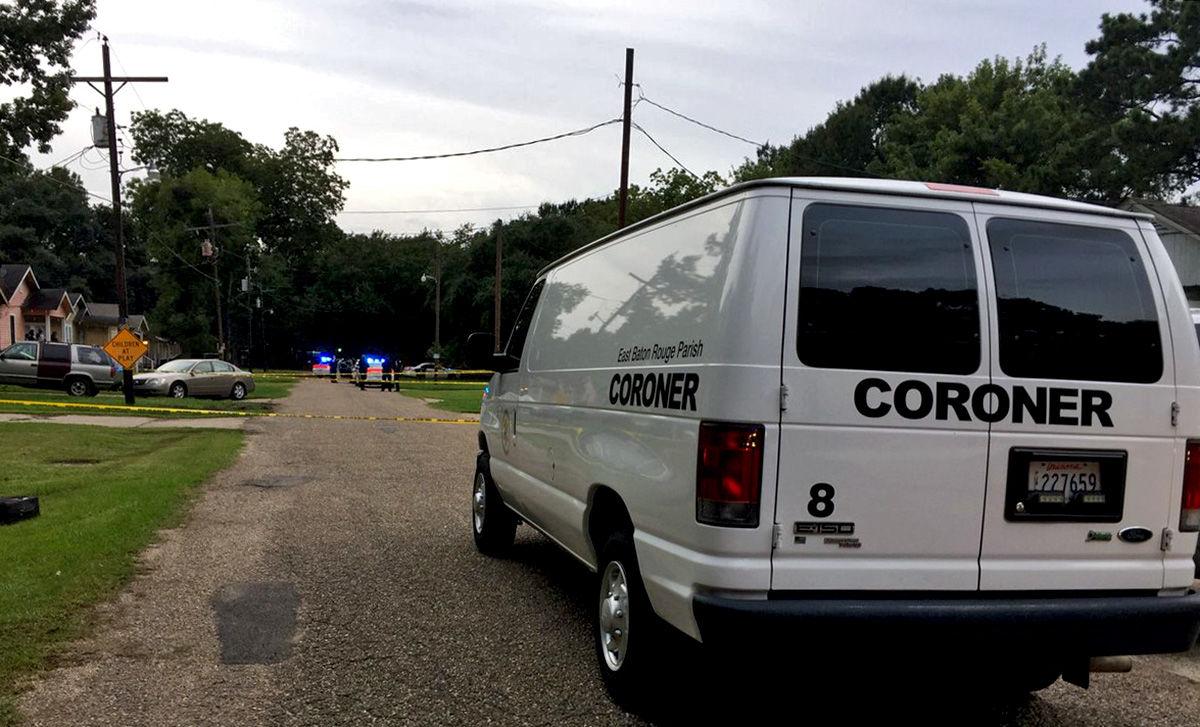 An East Baton Rouge Parish Coroner's Office van sits at the scene of a reported shooting in the 7000 block of Melon Court where one person was killed, another injured Saturday, Sept. 8, 2018.

An East Baton Rouge Parish Coroner's Office van sits at the scene of a reported shooting in the 7000 block of Melon Court where one person was killed, another injured Saturday, Sept. 8, 2018.

Statistics released Thursday from the East Baton Rouge Coroner's Office show that suicides among African-American men increased significantly in 2018 compared to previous years, a change that has raised concern among local leaders searching for an explanation.

East Baton Rouge coroner Dr. Beau Clark said the total number of suicides has remained roughly stable in recent years and even ticked down from 58 in 2017 to 54 in 2018. But he said the number of African-American male victims rose from a baseline of two or three in past years to 14 in 2018.

"This is a seven-fold increase. This is an incredibly alarming statistic," Clark said during a press conference announcing his 2018 annual report. "I have reached out to suicide experts and this trend is happening nationwide."

Clark couldn't yet provide an explanation for the increase but said he has "begun the process to analyze why this is happening and (is) meeting with leaders in the African-American community to develop strategies to save these men."

He said his investigators are going to start performing "psychological autopsies" — interviewing relatives and friends of suicide victims about their loved one's mental state after the fact — which will hopefully provide some insight into the deaths. Most of the suicides resulted from gunshot wounds.

Clark also noted that homicide investigations fell from 124 in 2017 — when killings rose to a record high across East Baton Rouge Parish — to 100 in 2018. The coroner's homicide records include all deaths caused by another person, though some cases are determined to be justified or accidental.

Despite dip in 2018, Baton Rouge's murder rate still high; How do officials plan to address issue?

A reserve police officer dies after he's run over in a Walmart parking lot while approaching a suspect. An LSU basketball player is gunned dow…

Fatal drug overdoses fell slightly from 111 to 102, but Clark said the numbers are still cause for "grave concern" because a decrease in heroin deaths "was replaced with deaths that were the result of the more powerful opioid fentanyl. I believe there is still much work to be done to combat the opioid epidemic," he said.

In addition to investigating deaths, the coroner's office is responsible for some mental health and sexual assault services.

Those included 1,138 orders of protective custody, which allow the coroner's office to transport someone to the hospital for evaluation without their consent. If the doctor determines the person poses a possible danger to themselves or others, the patient can be held against their will for up to 15 days. Then a judge can decide whether longer treatment is needed.

"This jurisdiction has seen continual growth since I have taken office," Clark said. "But there is hope. With the recent passage of the mental health tax, the parish is on the verge of having a stabilization system to respond to those citizens and their families. Furthermore we can stop incarcerating people with mental illness and treat them appropriately and compassionately in a mental health center that has expertise in their disease and its management."

Parish residents approved a tax proposal in December that will fund a mental health crisis center to be administered by the Bridge Center. The facility will provide stabilization services for people experiencing a psychological breakdown who could otherwise land in jail. It's unclear exactly when the facility will open but Clark said he's optimistic about how it will impact the lives of Baton Rouge residents.

He also cautioned against reading the numbers in his annual report without considering the human life those statistics represent.

"I realize that we oftentimes talk in terms of numbers — how many homicides, how many overdoses, how many mental health committals — but please, please recognize that the citizens of this community and their families are struggling when my office responds … during a crisis," he said. "The statistics of this report represent our citizens, and attached to each one of them is a mother, a father, a sister or brother, a neighbor or a friend. So let's always keep those individuals in our thoughts and prayers."

Michael Gaines, a licensed clinical social worker, sat in bed with a pistol pointed at his head not long after his wife's death.