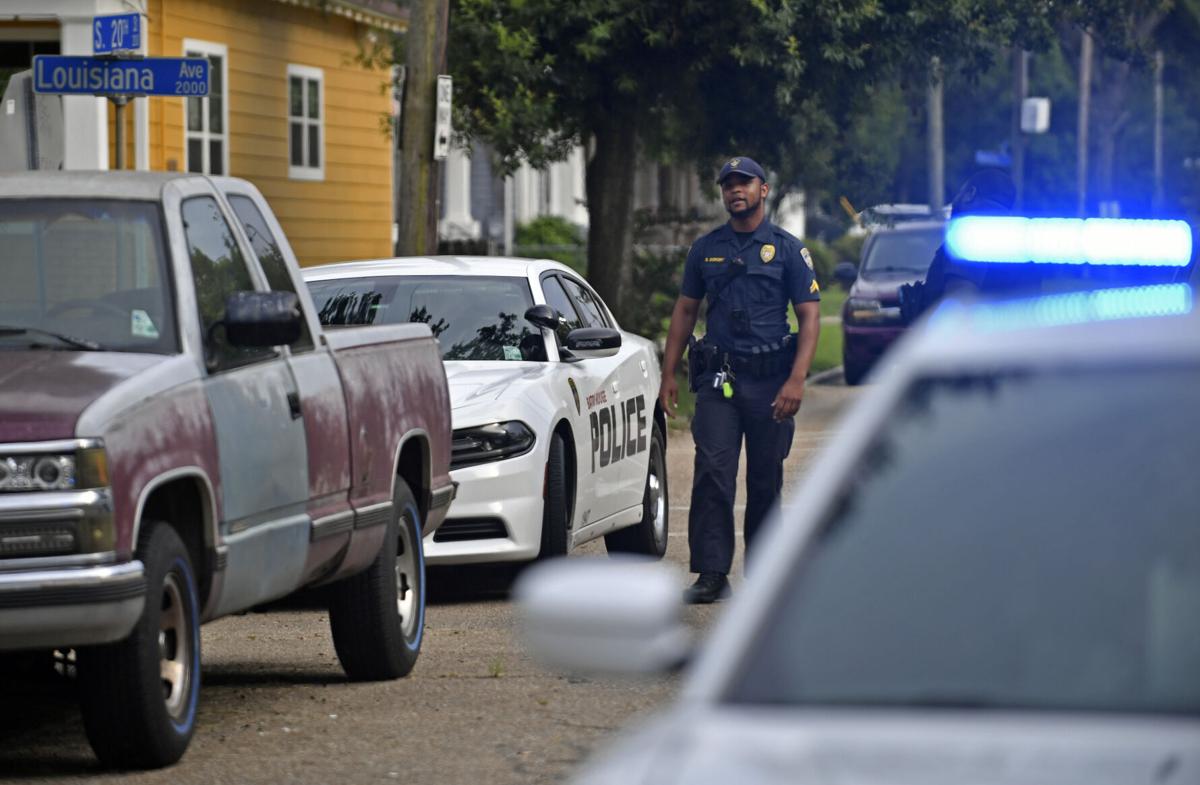 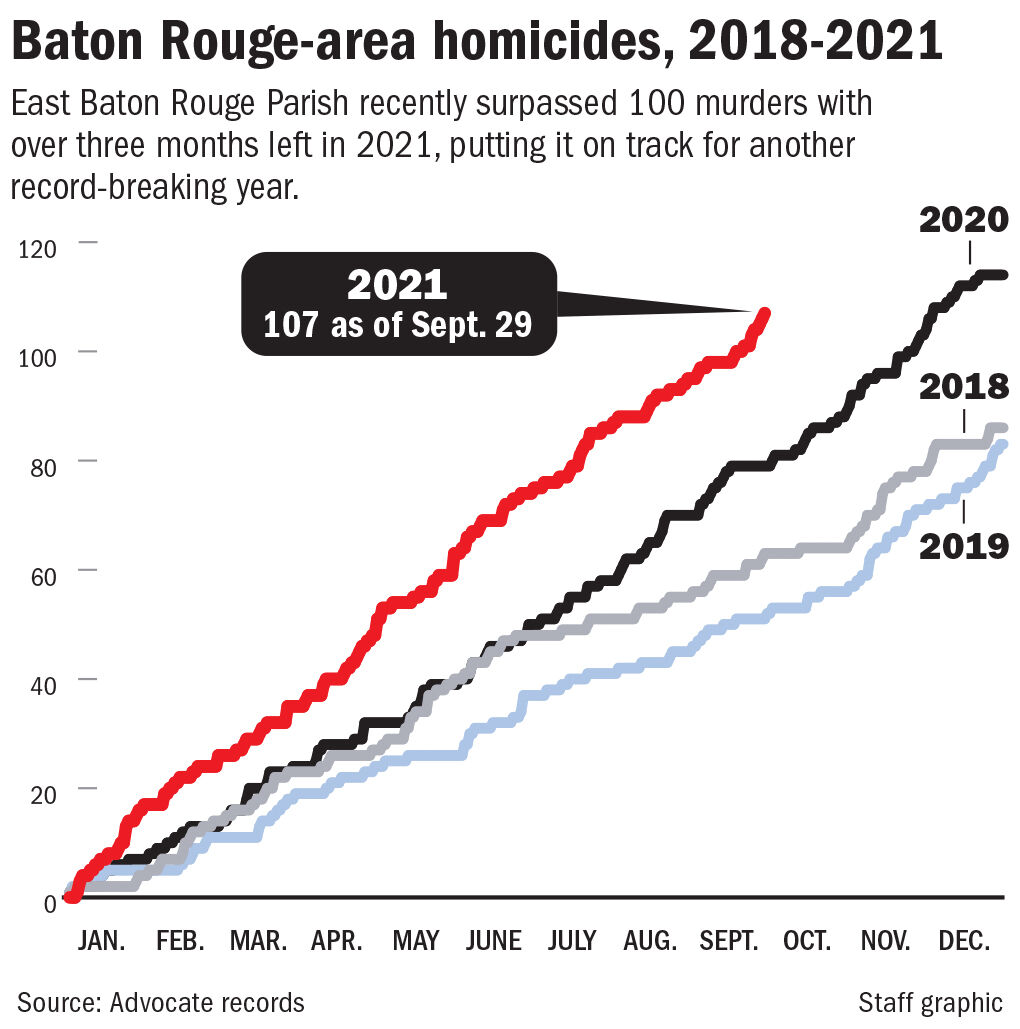 Cedric Williams, 44, was shot multiple times at his home on West Brookstown Drive around 9:30 p.m. Tuesday, then transported to the hospital, where he later died, according to police.

A few hours later, Marcus Cook, 31, died following a shooting around 2:10 a.m. Wednesday in the 1200 block of South Boulevard. Baton Rouge police said detectives are searching for suspects and motives in both cases.

After a relatively peaceful month of August — a trend that continued through the first half of September — the violence ramped up again over the past couple weeks, and the parishwide murder rate remains on pace to break all previous records for the second year running.

Already 107 lives have been lost to intentional and unjustified acts of violence since Jan. 1, according to Advocate records — already one more than the 2017 total, which marked the record high until an unprecedented spike last year resulted in 114 total murders.

On Sept. 18, Takeshia Dixon's son, Jamone Williams, was found dead from a single gunshot wound inside his car on Greenwell Street. He was 19.

One of hundreds of Baton Rouge residents left grieving a sudden, violent loss over the past week, Dixon broke down as she described the devastation her son's death caused his close-knit Baton Rouge neighborhood.

She added that she hadn't yet mustered the courage to go through his belongings, still strewn around his room where he last left them.

"I have all this stuff on his dresser, and right now I'm so discombobulated," Dixon said. "I'm still in disbelief."

As of Friday, Dixon said she still had not seen her son's body. She wasn't sure if she wanted to.

"It'll help, but at the same time, it becomes that much more real to me," she said. "He's never coming back home."

The prolonged surge in gun violence is not unique to Baton Rouge. Cities across the country experienced similar increases starting shortly after the onset of the pandemic in early 2020.

Experts and local officials have struggled to pinpoint reasons for the increase, though they largely agree that pandemic stress and strained relationships with law enforcement following the death of George Floyd likely both played a role.

East Baton Rouge has surpassed 100 murders during a calendar year just twice before: in 2020 and 2017. Reaching that milestone with over three months left in 2021 places the parish on pace for yet another broken record.

The Advocate tracks intentional and unjustified killings across the parish, using information provided by local law enforcement and adhering to FBI crime reporting standards. That means deaths considered accidental or negligent are not included. The numbers are preliminary and subject to change if law enforcement deems certain cases justified or accidental, and vice versa.

Prior to the Tuesday night shooting, a woman was killed by her husband late Friday night at their home on Elgin Street. That man was on house arrest after another relative accused him of raping her at gunpoint. He was ordered held without bail Tuesday after he made threats toward his adult daughter via jail phone calls over the weekend.

Also on Friday night, a man was found with gunshot wounds after he crashed his car near a Siegen Lane apartment complex. Another man was killed on Leonidas Drive near Baker the following day.

On Monday, a double shooting on West Azalea Avenue in Baker left one man dead and another injured.

Those three most recent cases remain unsolved. Officials were unaware of any potential connections among them.

A man was shot and killed early Wednesday on South Boulevard, the latest homicide in an already violent week in Baton Rouge.