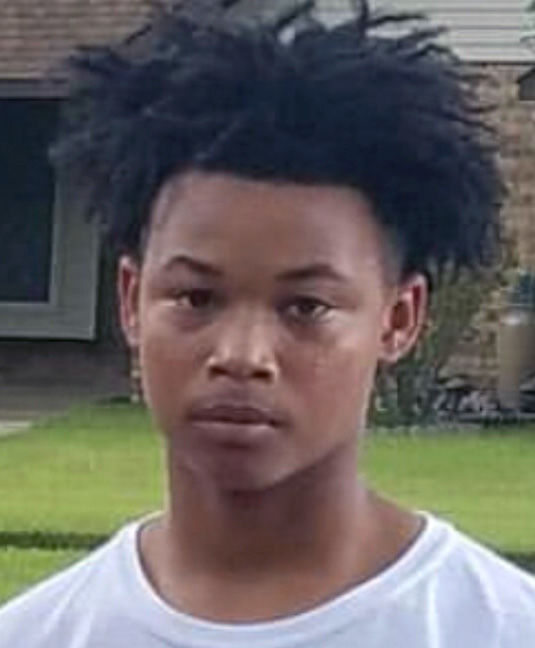 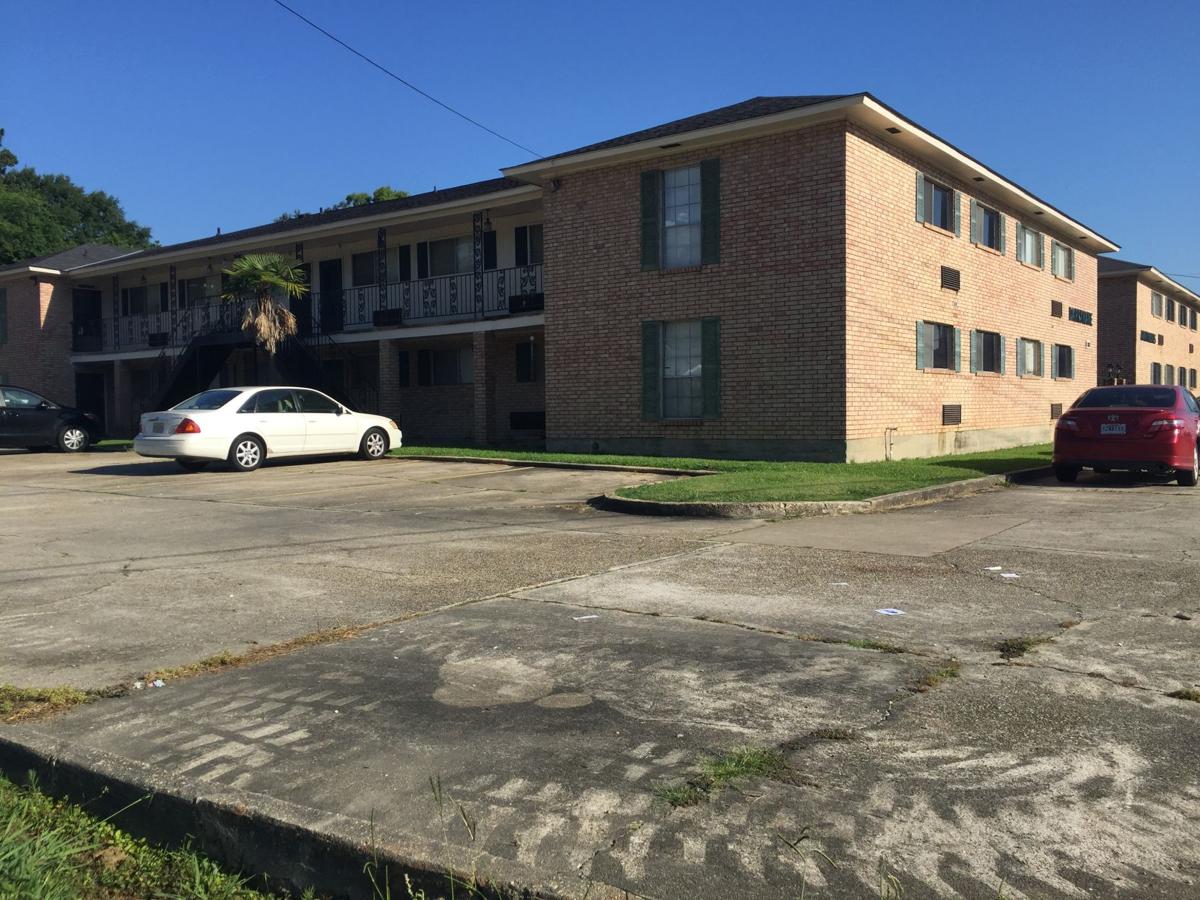 A teenage gunshot victim was found here outside an apartment complex in the 11000 block of Plank Road around 1 a.m. Wednesday. Rynell Alexander, 16, later died in the hospital from his injuries. 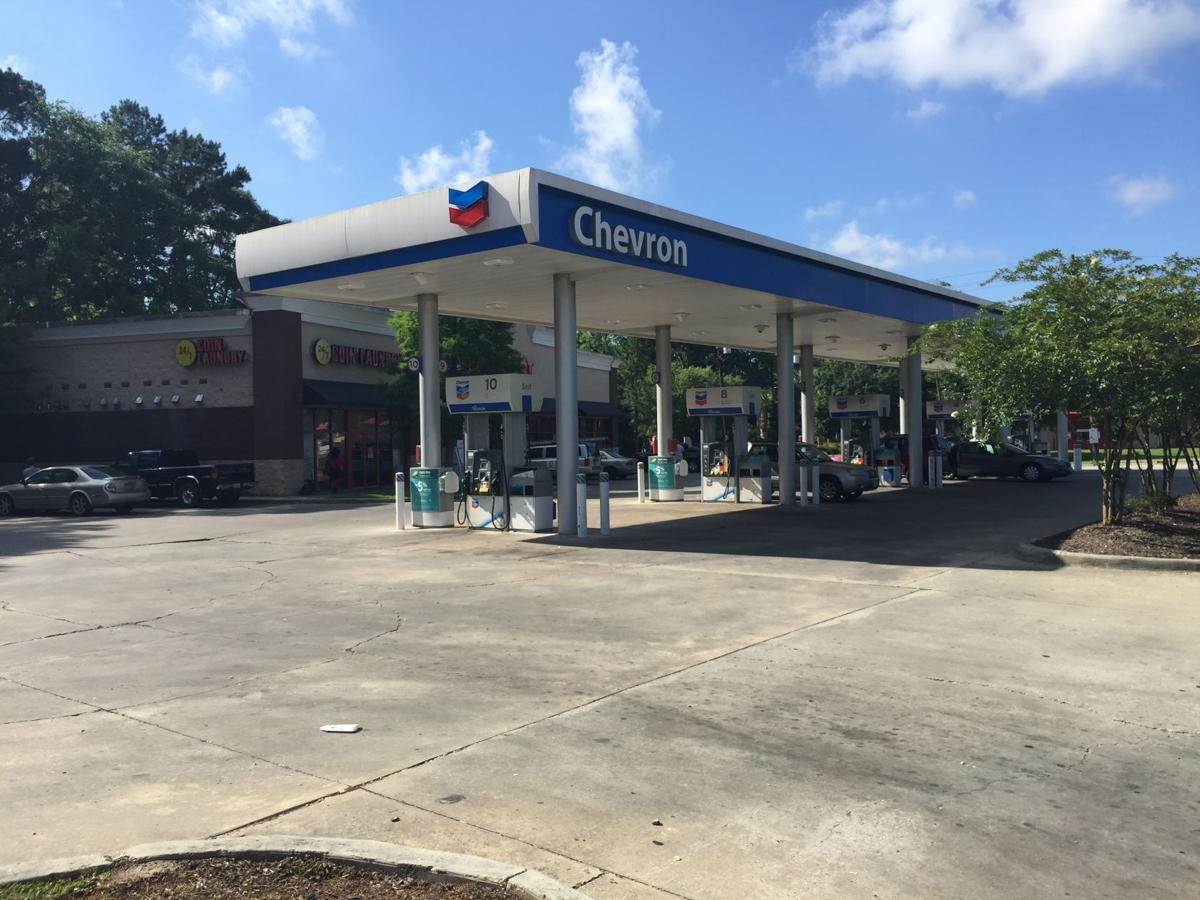 The second victim of a double shooting early Wednesday walked into this gas station in the 11000 block of Plank Road and asked store employees to call police. The 17-year-old victim is expected to survive his injuries.

A teenage gunshot victim was found here outside an apartment complex in the 11000 block of Plank Road around 1 a.m. Wednesday. Rynell Alexander, 16, later died in the hospital from his injuries.

The second victim of a double shooting early Wednesday walked into this gas station in the 11000 block of Plank Road and asked store employees to call police. The 17-year-old victim is expected to survive his injuries.

A freshman at Glen Oaks High School was shot and killed early Wednesday after what authorities described as a drug deal gone bad, leaving the boy's family mourning their loss and reflecting on the rampant gun violence that claims dozens of young lives every year in Baton Rouge.

Rynell Alexander, 16, was pronounced dead at the hospital and his friend — a 17 year old and also a student at Glen Oaks High — received injuries that were not life-threatening in a shooting off Plank Road. The two boys had driven together to meet someone outside an abandoned house on Truman Street, but the transaction ended tragically when they were shot inside their vehicle, according to the East Baton Rouge Parish Sheriff's Office.

A third teenager was arrested Wednesday afternoon and booked into juvenile detention, accused of killing Alexander and injuring his friend. Authorities did not release the name of the suspect because he is 16.

"This is something that could happen to anyone — anyone," said the Rev. Melissa Dunn-Davis, a local pastor and Alexander's godmother. "We want parents to understand that. … This killing has become so common, but we cannot become immune to it."

Alexander was the fourth person shot and killed this week in East Baton Rouge Parish following a rash of fatal gunfire Sunday that left three people dead and one person wounded in seven hours.

Shirley Alexander, the boy's mother, said her only hope is that her pain will help other people understand the devastation caused by gun violence.

"We are here to save a child … to stop some other child from losing their life," she said, sitting in her living room Wednesday afternoon surrounded by family and friends. "This was a senseless killing."

Dunn-Davis, who plans to speak at Rynell Alexander's funeral, said the youth are in crisis — trying to solve their problems with bullets and not realizing the consequences of their actions.

"It's going to take all of our prayers, but we need young people to know there's nothing wrong with agreeing to disagree," she said with clear urgency in her voice. "If you need to fight, lay your guns down and use your fists. If you take someone's life, that is something you can't replace."

Family members described Rynell "Red" Alexander as quiet, creative and loving. He played football and baseball and was popular among classmates and teachers. He loved riding and training horses at his grandmother's farm in Ethel and was becoming a skilled woodworker, building pieces of furniture just for fun, they said.

He also had some recent challenges, his mom said. She was worried about him sneaking out of the house at night but felt she was doing everything possible to keep him safe.

"We just want people to know he was a good kid, but he was like any other teenager who would test limits," said his sister Tammy Williams. "He was honestly a good child who made a poor decision last night."

Shirley Alexander said the last thing she knew, her son was safe in bed Tuesday night — until a sheriff's deputy knocked on her door at 6 a.m. and delivered the news.

Casey Rayborn Hicks, a Sheriff's Office spokeswoman, said the two victims drove away immediately after the shooting, stopping after a short distance in the parking lot of an apartment complex. Deputies were called to the 11000 block of Plank Road about 1 a.m. Wednesday.

Neighbors said the area — not far from Brownsfield Elementary School and just north of the Baton Rouge airport — contains mostly older residents, many of whom work at nearby industrial plants.

Rynell Alexander was found near the apartment complex; his friend was found at a gas station across the street after he ran there to get help.

Employees of the Chevron gas station said Wednesday that a young man came walking into the store sometime about 1 a.m. with blood covering his neck and shoulders. The teenager, who appeared "cool and collected" despite an apparent gunshot wound to his neck, said he had just been shot and asked the clerk to call police.

"These kids are too young to be dying," one store employee said, declining to give his name. "With all this violence, now I'm scared to step outside and smoke a cigarette. You could get shot anywhere."

Both victims were taken to the hospital where Alexander was later pronounced dead. His friend was discharged Wednesday morning.

The mother of the wounded victim said she was overcome with empathy for Alexander's family, knowing that it just as easily could have been her son who was killed.

The woman said she hopes her son can learn from what happened and come to terms with the consequences.

"As the parent of a teenager, the only thing we can do for our kids is keep them in prayer," she said. "I believe in second chances and clearly God does. … Sometimes it takes a couple falls to get back up. But these are terrible mistakes."