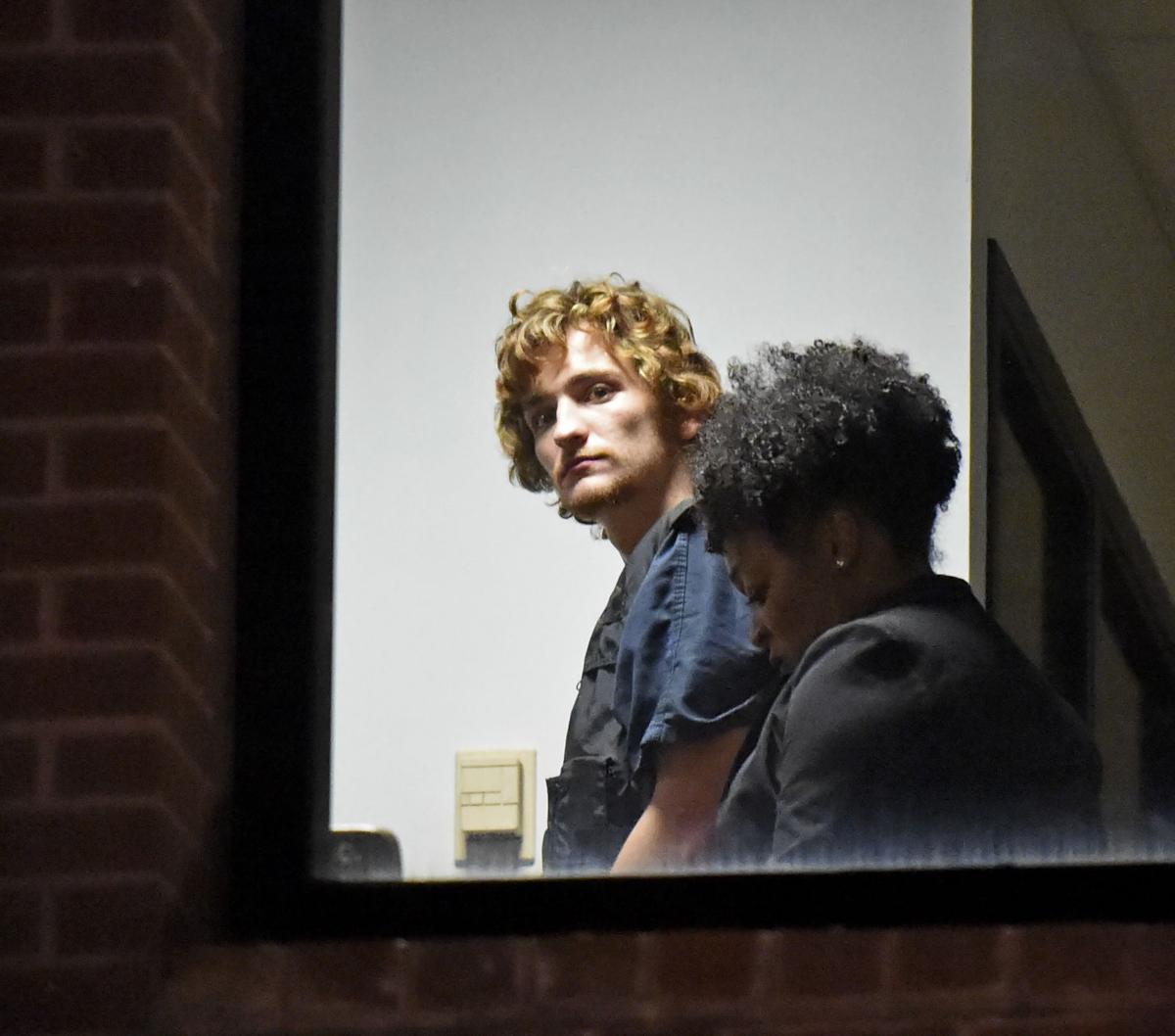 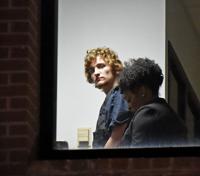 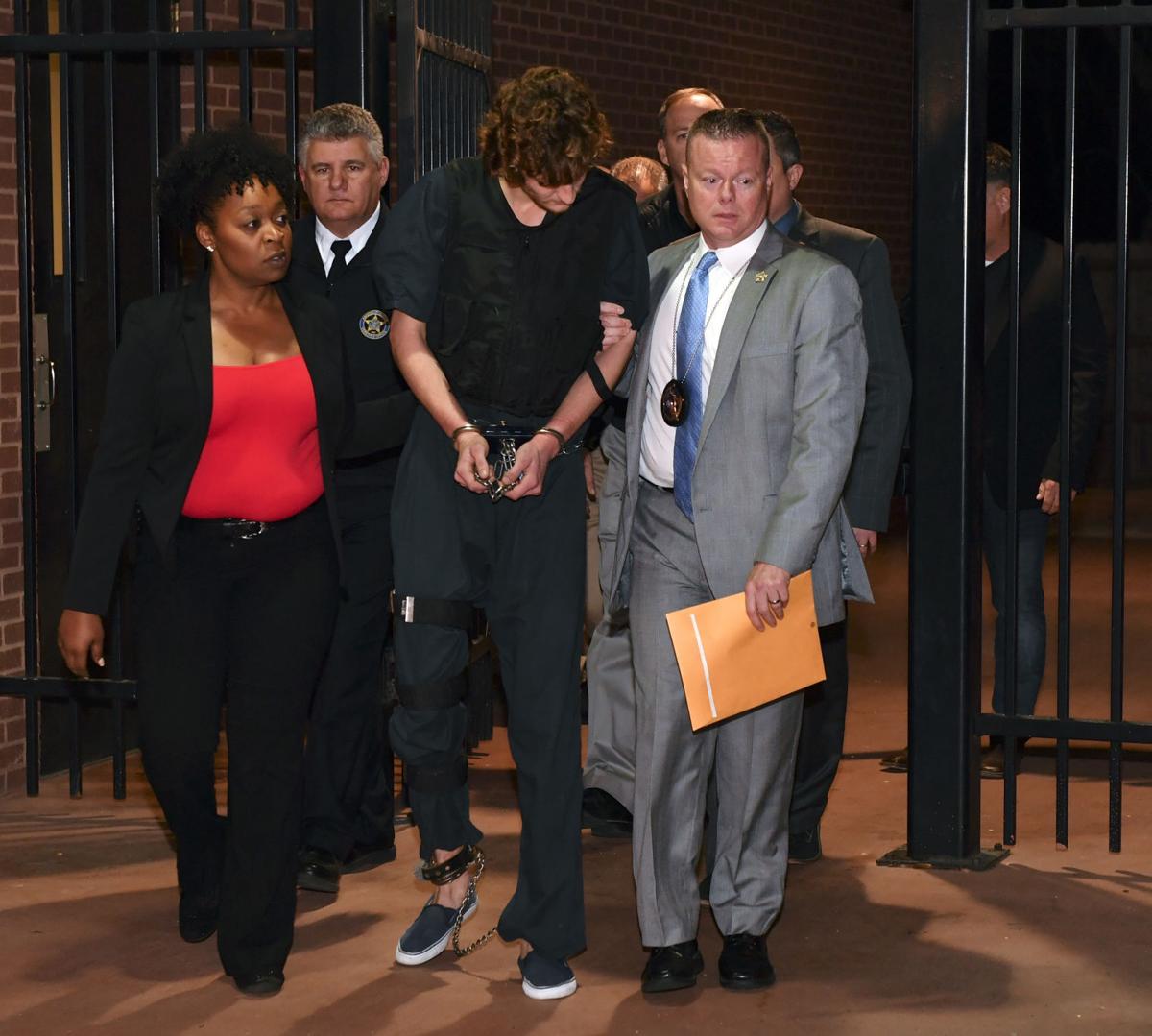 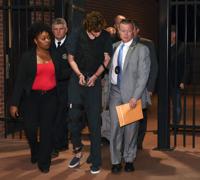 Accused killer Dakota Theriot was stonefaced as officials led him into the Ascension Parish Courthouse Friday night to be booked in a killing rampage that left his parents and three others dead in suburban Baton Rouge last weekend.

Theriot waived extradition Friday morning in Virginia, where he was arrested after fleeing the state. Detectives from Ascension and Livingston parishes traveled to Virginia to escort him back to Louisiana.

Theriot has admitted to killing the five victims — including his girlfriend and two of her relatives — with a gun stolen from his father. He fled to the East Coast after last Saturday's killings and deputies arrested him Sunday morning outside his grandmother's house near Warsaw, Virginia.

Webre said Theriot will appear for a bond hearing later this week before being transferred to Livingston Parish.

The officials offered few fresh details on the case, saying only that Theriot had shown "some decorum" while in law enforcement custody and had offered no new information on his motive in the killings.

Webre said additional evidence was collected during detectives' trips to Virginia, but wouldn't elaborate on what was found.

Theriot is accused of killing Summer Ernest, 20, a woman described as his girlfriend by investigators, family members and neighbors. Also dead are her father Billy Ernest, 43, and brother, Tanner, 17. Theriot had been living with the Ernest family for about two weeks before the killings. Deputies say that, after killing the three near Walker, Theriot drove to his parents' home near Gonzales and killed his parents, Keith and Elizabeth Theriot, both age 50.

Preliminary autopsy results revealed that all five were shot in the head. A motive has not been determined.

A public defender appointed to represent Theriot in Virginia told The Associated Press on Friday that Theriot drove to Virginia after the killings to hug and kiss his relatives there goodbye.

"He wanted to say 'I love you, I'm sorry,'" attorney Steve Barnette said. "He knows he's probably never going to see the outside of a jail again."

Theriot pulled up outside his grandmother's house Sunday morning, pointing a gun out the window of Billy Ernest's pickup truck after the overnight drive from Louisiana.

The Associated Press reported Theriot showed little emotion during his hearing Friday morning and didn't appear to acknowledge his relatives in the courtroom.

"He knows he could face the death penalty," Barnette said. "I think he's resigned and understands his fate."

Public records show Theriot's life has been marked with a series of struggles, including emergency mental health commitments stemming from violent threats toward his relatives and a history of drug use and domestic abuse. He had been kicked out of his parents' house less than a month before the killings.

During a news conference addressing the case earlier this week, authorities described him as a "monster" but didn't elaborate on his confessions or demeanor.

Theriot had lived with his maternal grandparents in Virginia for some time in his teenage years before moving to Louisiana where he lived with his parents.