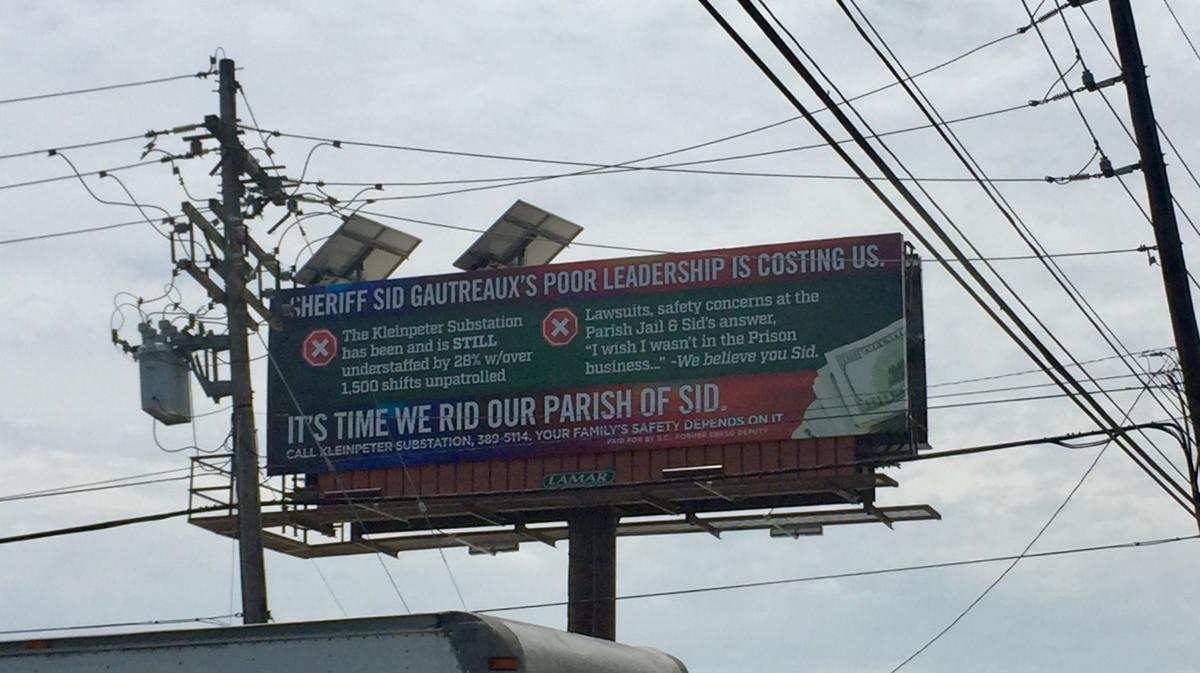 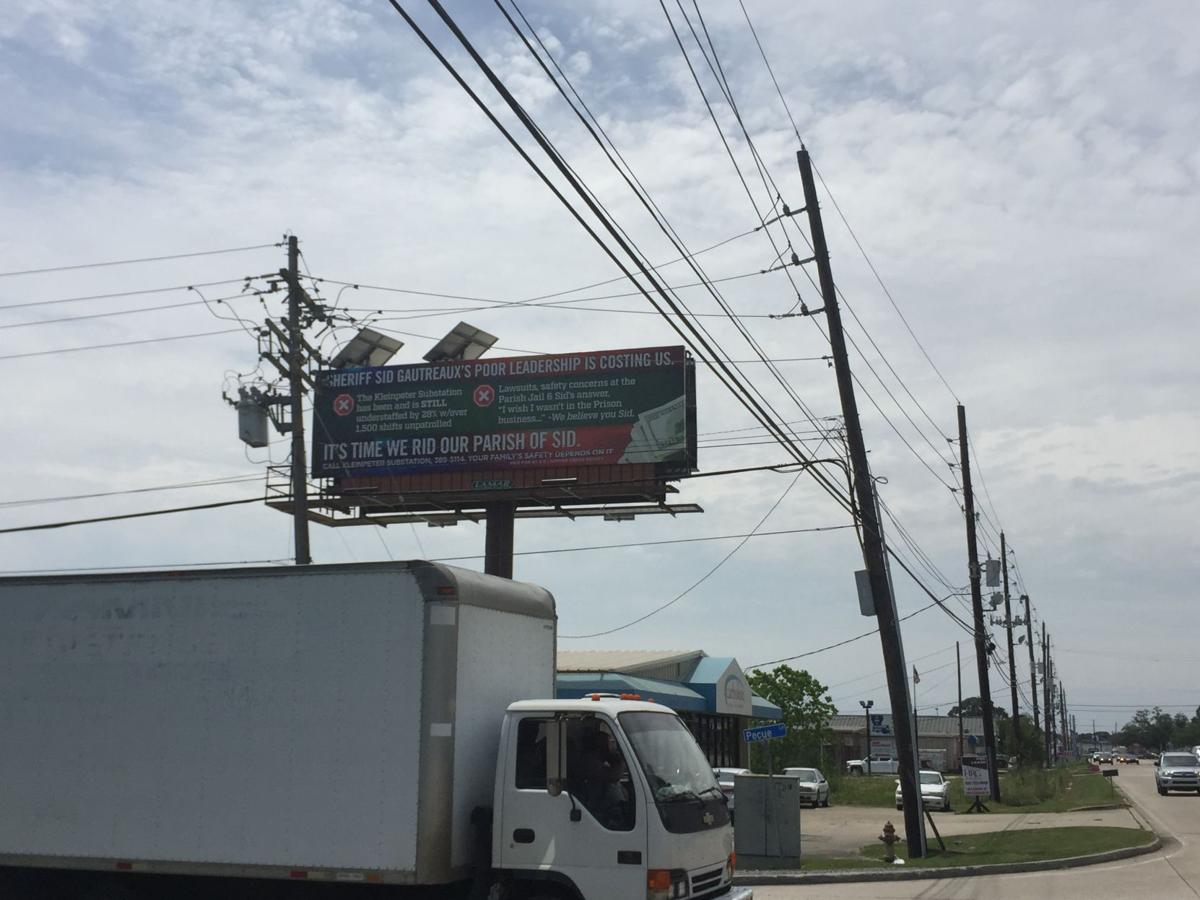 The billboards, in the Shenandoah area of south Baton Rouge, criticize staffing levels of the Kleinpeter substation, which patrols east of Siegen Lane between Perkins Road and Florida Boulevard. They also question the sheriff's commitment to running the parish jail, which has been repeatedly under attack for its poor conditions and overcrowding.

While the billboards do not offer a solution to the issues, former deputy Shawn Cotten Jr. — who paid $4,200 for the billboards to be up all month — said someone, not him, will soon be announcing their candidacy against Gautreaux, who is up for reelection this fall.

A little over a week after East Baton Rouge Sheriff’s Deputy John DePedro was killed in a motorcycle crash, law enforcement officers congregat…

The billboards claim the Kleinpeter substation has been understaffed by 28 percent with more than 1,500 shifts left unpatrolled, numbers Cotten said he compiled by reviewing uniform patrol shift rosters from the beginning of 2018 through part of 2019.

The billboards also quote Gautreaux as saying "I wish I wasn't in the prison business," despite being the director of Parish Prison, East Baton Rouge's jail. The sheriff has said publicly he wishes that his office did not have to run the prison.

"Sheriff Sid Gautreaux's poor leadership is costing us," the billboards say. "It's time we rid our parish of Sid."

Casey Rayborn Hicks, a spokeswoman for Gautreaux, disputed the claims made on the billboards, saying the numbers aren't accurate and the sheriff's comments were taken out of context.

She said Cotten's numbers on how many shifts went unfilled were inflated because he's basing his analysis on eight deputies rather than seven for full staffing levels per shift at Kleinpeter.

While Gautreaux hopes to staff eight deputies per 12-hour shifts someday, Hicks said, it is seven currently. The Sheriff's website, however, does list eight deputies as the shift count, information Hicks said they will update.

To dozens of East Baton Rouge Parish Sheriff’s deputies, their bosses play favorites and staff shortages put them in danger. Many more, howeve…

Hicks also noted that since Gautreaux took office in 2007, he shrunk the area Kleinpeter deputies patrol by adding the Gardere substation, while still increasing the shift size to seven, from six.

"Now we have approximately seven per shift and they cover half the area," Hicks wrote in an email.

But Cotten said, from his experience working that area, he knows deputies are overworked and there are too many shifts that are left unstaffed.

"At the end of the day it’s the public that suffers mostly with this façade of protection that they think that they’re getting," Cotten said. "If something happens to your family, it’s going to be a minute when somebody gets there.”

Hicks also explained that Gautreaux does indeed wish he didn't have to run a prison because that would mean the parish was free of crime.

"The sheriff has frequently stated that he wished we (law enforcement) never had to arrest or incarcerate anyone," Hicks wrote in a statement. "If we could educate, assist and rehabilitate everyone in our community and eradicate crime, that would be most desired."

Cotten left the Sheriff's Office in 2016 to run his own business after serving as a deputy for five non-consecutive years. Hicks described him as a disgruntled ex-employee who had been reprimanded by a supervisor shortly before he quit.