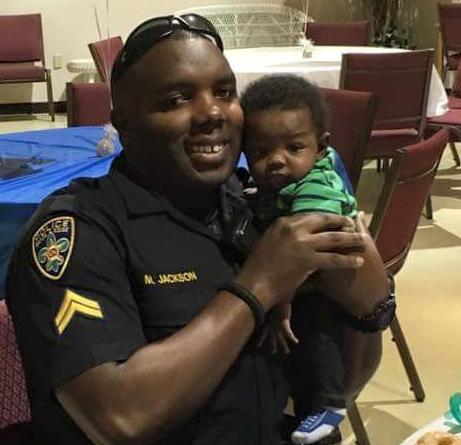 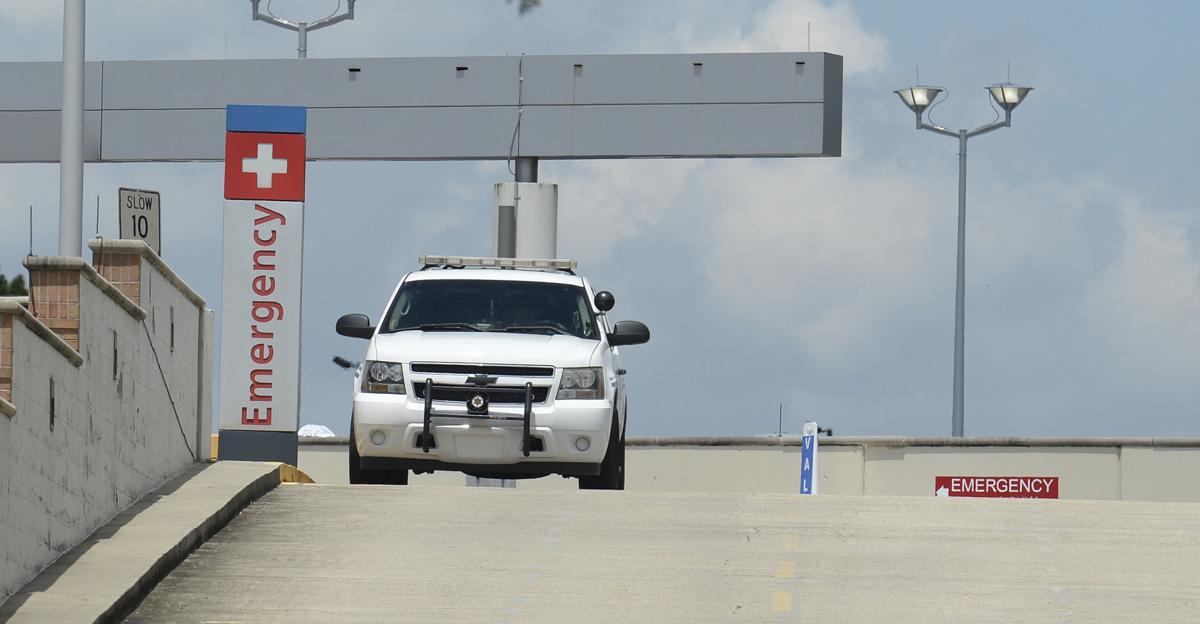 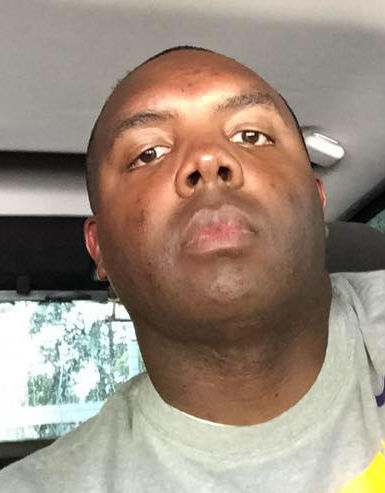 A Baton Rouge policeman who was once injured trying to save a toddler from a burning building and recently welcomed a son of his own was one of the three officers killed in a Sunday morning shooting.

A cousin and family friend said Sunday that Montrell Jackson, 32, a 10-year-veteran of the Police Department was one of the officers killed. Also, three other officers were wounded in the shooting.

This is Officer Montrell Jackson & his baby boy. He was killed in #BatonRouge today. pic.twitter.com/xNdhF0JE2Y

During a news conference Sunday with Gov. John Bel Edwards and law enforcement, Baton Rouge Police Chief Carl Dabadie and East Baton Rouge Sheriff Sid Gautreaux only identified their officers involved in the shooting by their ages: a second Baton Rouge officer, 41, and one deputy, 45, were killed; and two deputies, 41 and 51 years old, and one police officer, 41, were wounded. Gautreaux said the 41-year-old deputy was in critical condition.

Last month, Jackson had his 10th anniversary with the Baton Rouge Police Department, according to online city records.

"He loved his job," said Darnell Murdock, one of Jackson's friends.

"It motivated him to go out and change people's lives. He was on (the force) to help people, to make you have a better day," Murdock said. "He was humble, kind and sweet. … He wasn't on there to write tickets. I don't understand how this could happen to someone like him."

In 2007, Jackson was injured trying to save a toddler from a burning apartment building. A group of officers were called to the Newport Villa apartment complex where a mother said she was able to save one of her children, but a young boy was still trapped inside.

Jackson and other officers tried to reach the toddler using fire extinguishers, but there wasn't enough time. The police were driven back by flames, and when medics arrived they had to treat the officers, including Jackson, for smoke inhalation.

Marcus Brown, a cousin of Jackson's, described him as a "great police officer" who never complained about his job, even though he had been working extra hours of late. He said Jackson was the father of a little boy named Mason, who is about four months old.

"He was just a good person in general," said Brown, the boy's godfather.

The words of BR Police officer killed today. Please listen to him. pic.twitter.com/j2JqA16RoX

Brown said Jackson's family is devastated by his loss.

"Everybody is in disbelief," he said. "This hits so close to home."

Montrell Jackson was a 10-year veteran of the Baton Rouge Police Department. He was a new, beaming dad pictured in a widely-circulated photo h…

Les Miles lives in Baton Rouge, but his connection to Sunday's shooting on Airline Highway goes beyond that.