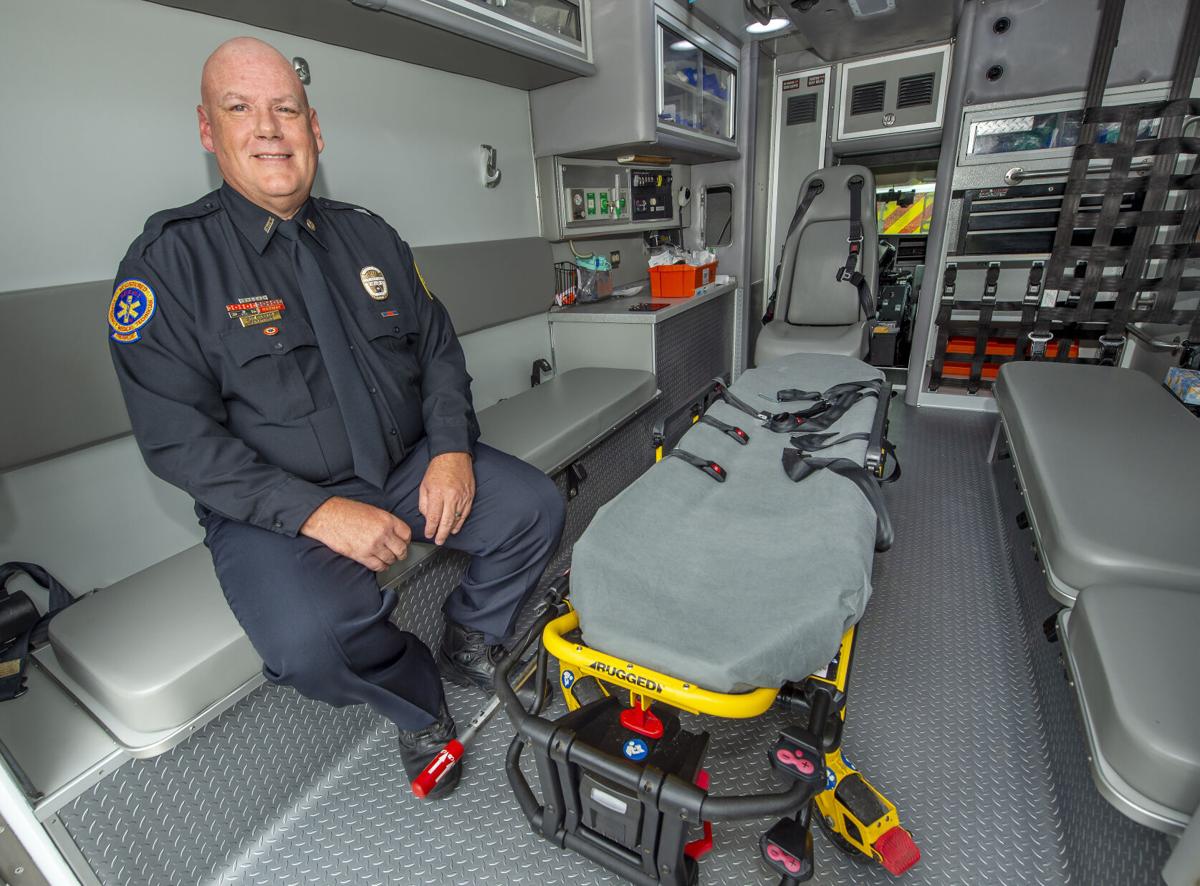 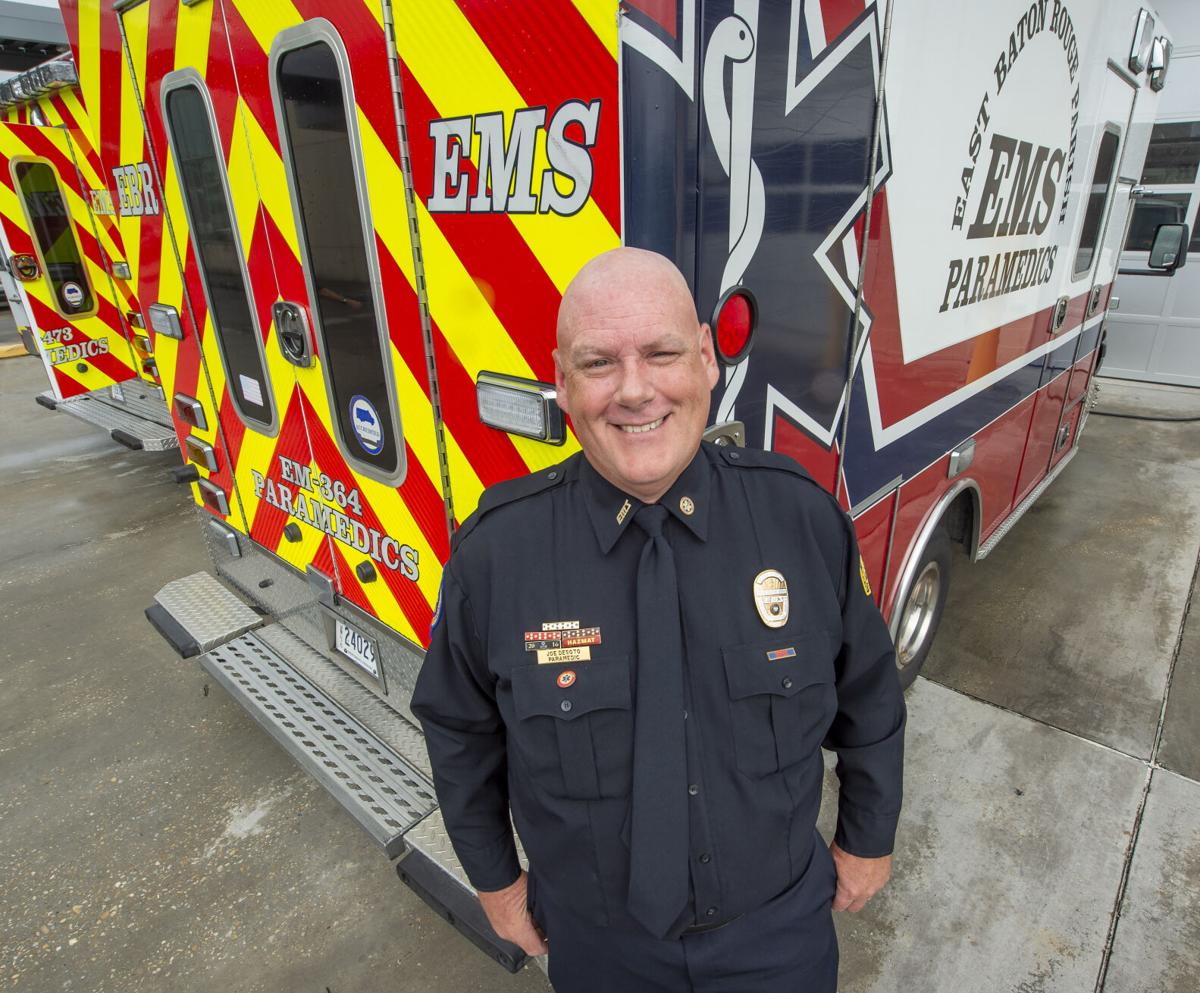 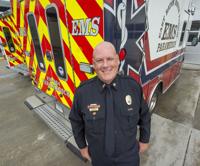 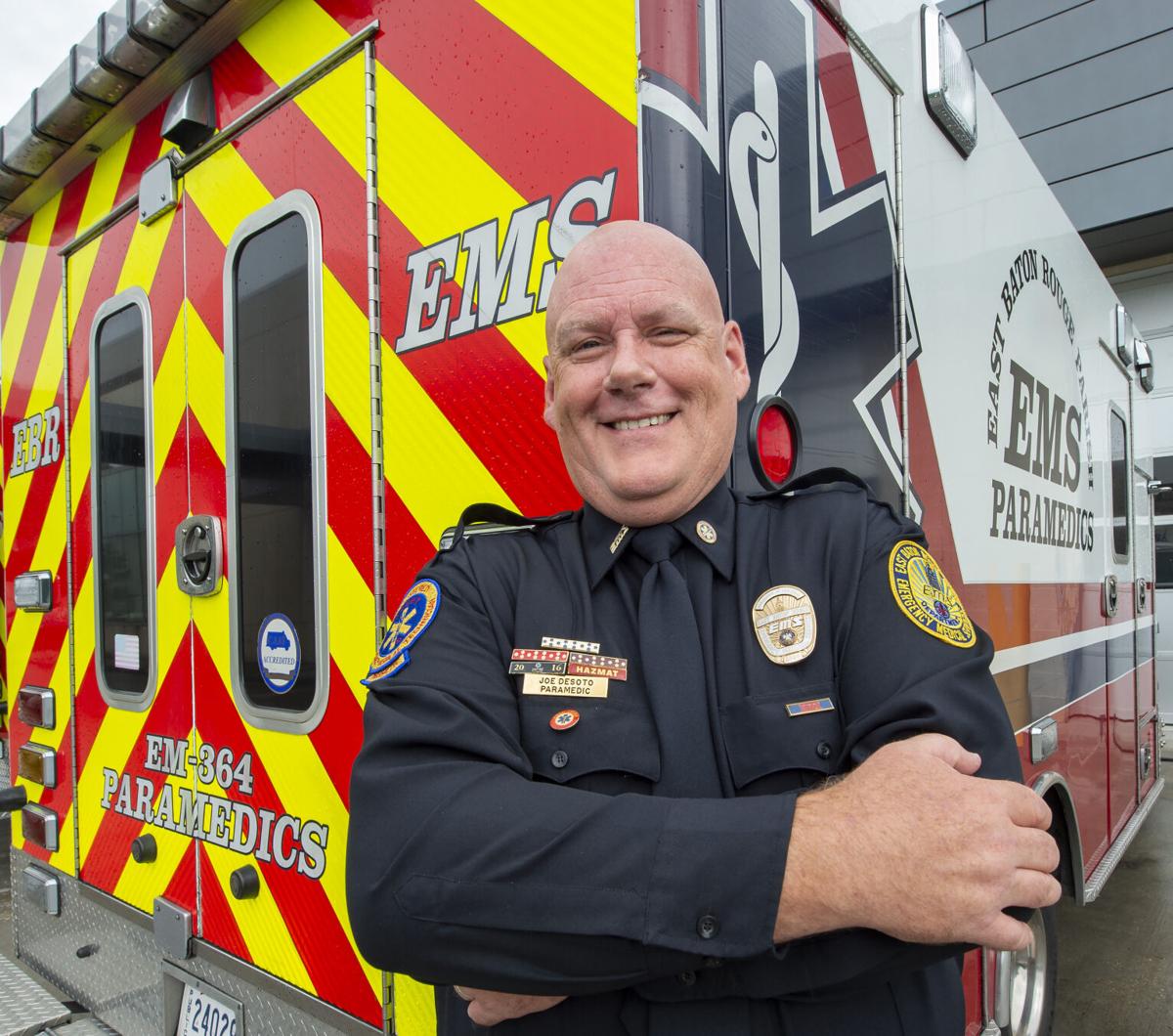 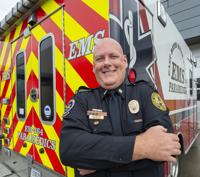 Long before he ever rode in a fire truck or an ambulance to save a life, Joe DeSoto's fire station was a backyard in Texas — and an old shoe box was his helmet.

He spent hours watching a 1970s television show about paramedics and firefighters in the Los Angeles area, and knew early on he wanted to help people.

"This is so cliché, but I loved the TV show 'Emergency!' and I always thought it was cool that Kevin Tighe's character was named Roy DeSoto," he said. "It was kind of like a sign."

DeSoto, 50, became a volunteer firefighter in 1988 before training as an EMT and, later, as a paramedic. He was recently named East Baton Rouge Parish's Emergency Medical Services paramedic of the year, having served the agency for almost a decade.

Mike Chustz, spokesperson for EMS, said DeSoto's combination of upbeat personality and strong work ethic made him a natural choice to be nominated by his co-workers for the honor.

"Joe's made just a positive impact on a lot of people he works with," he said.

Beyond being a colleague everyone enjoys having around, DeSoto handles tense situations well, according to Chustz. His bedside manner helps calms people in stressful circumstances.

"We deal with people when they're having a bad moment in their lives," Chustz said. "Joe's demeanor fits that situation very well. To make people feel at ease and feel comfortable in the middle of a life-threatening emergency — you can't beat that."

DeSoto said that, while he was a shy kid who once threw up in front of his class before he had to give a speech, he has no trouble walking confidently into a situation that many may find unnerving.

"Whether or not you know the answers to everything, make them believe that you do," he said. "If the patient or their family loses confidence in you, that's it."

Nevertheless, he said every paramedic has gone through experiences that have shaken them. He still remembers calls involving injured children that have him waking up in a cold sweat in the middle of the night.

His job may be intense, but DeSoto said keeping a work-life balance has not been too difficult since his wife also comes from a medical background. The couple generally has a "no work talk at home" policy, but occasionally after rough calls DeSoto will tell his wife what his day was like.

"She's a great sounding board," he said. "She just sits there and lets me vent and lets me do what I need to do to decompress."

After his day shift, he also enjoys cooking, reading, building model airplanes from World War II and spending time with his two dogs, Molly and Eydie.

For someone who hates the spotlight, the announcement that he had received the recognition was a huge shock. When his name was called at the awards banquet, he stood up, looked around at his colleagues and asked, "What is wrong with you people?"

They just laughed, clapped and filmed his stunned expression, he said.

"To know my co-workers think so much of me, it's humbling," he said. "It's an honor. Personally, I think there's probably some around here more deserving than me."

At the awards banquet a couple of weeks ago, Cassie Fassbinder was also announced as EMS EMT of the year and Kayla Livingston was honored as communications officer of the year.