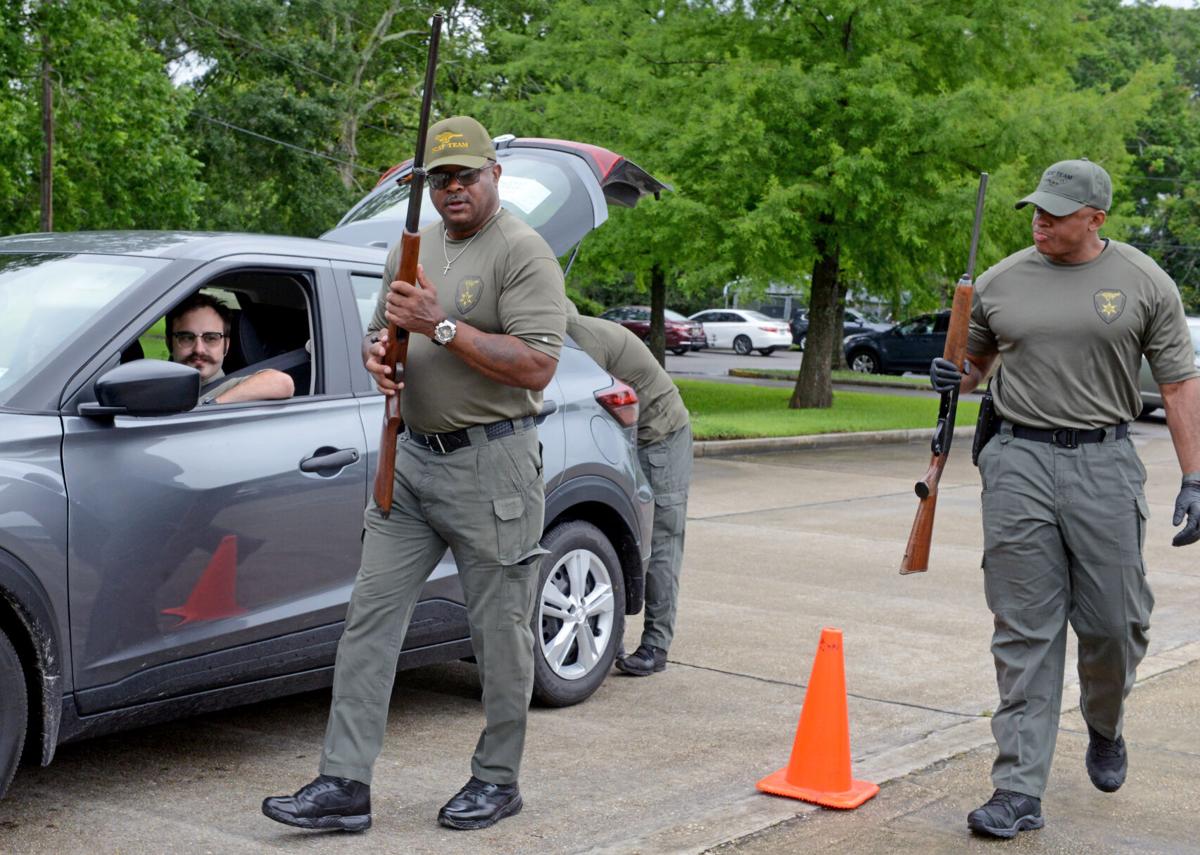 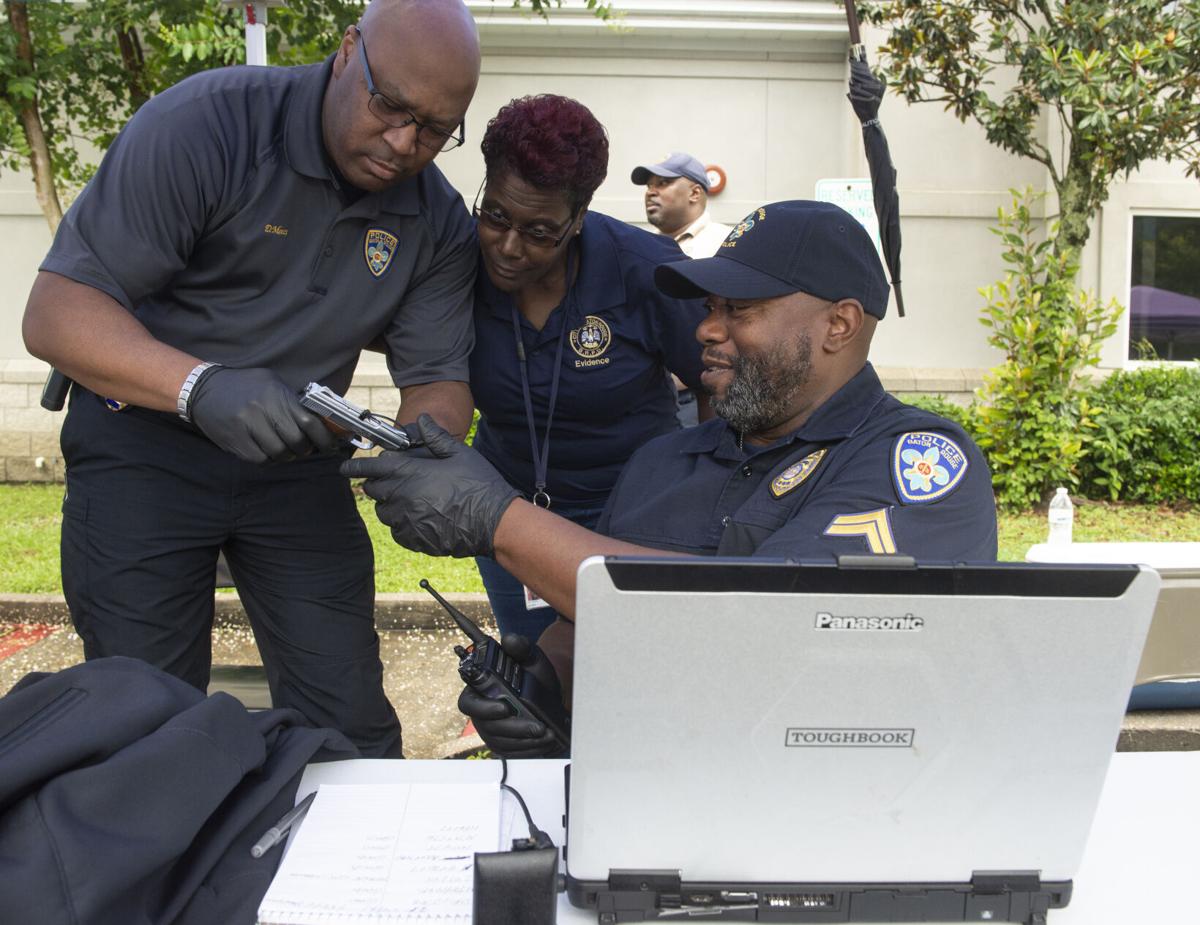 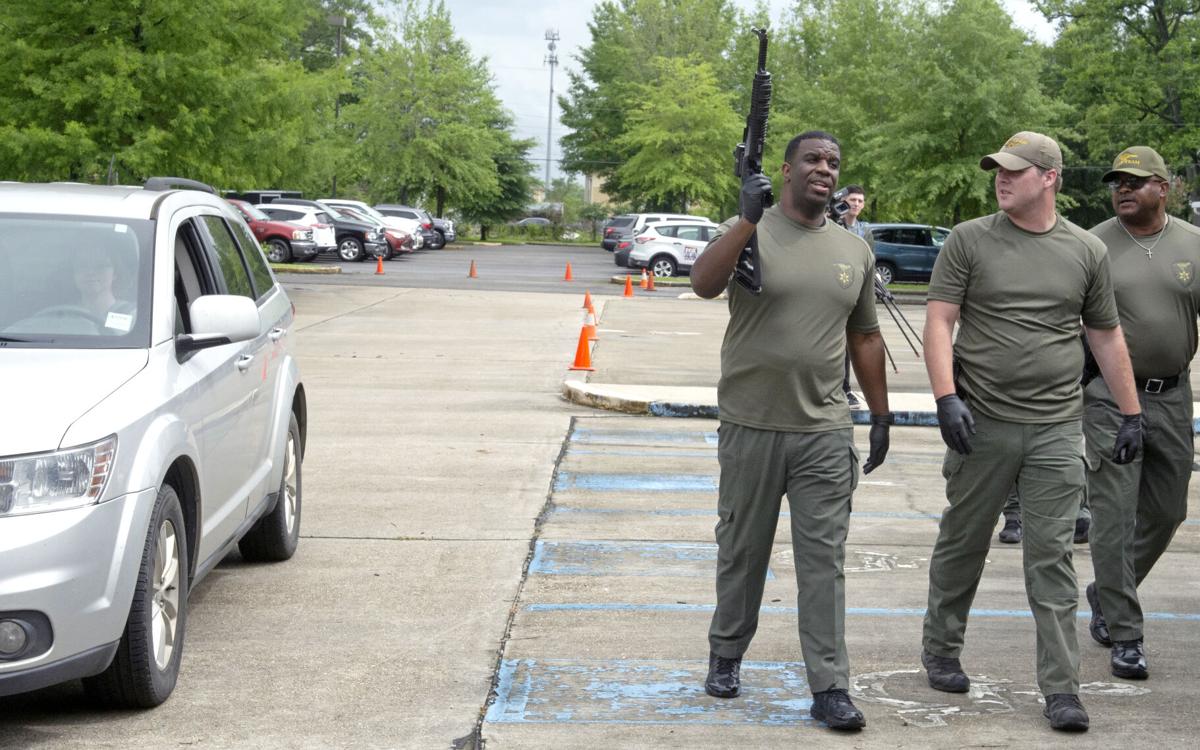 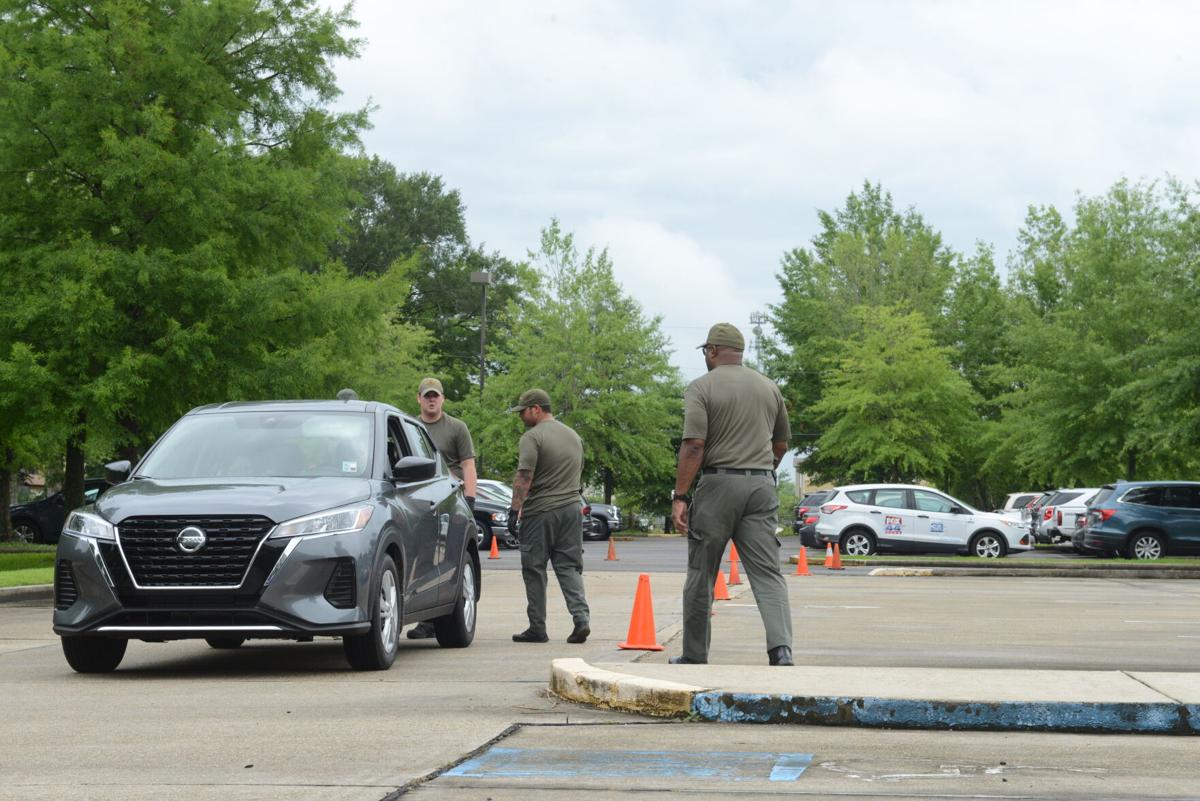 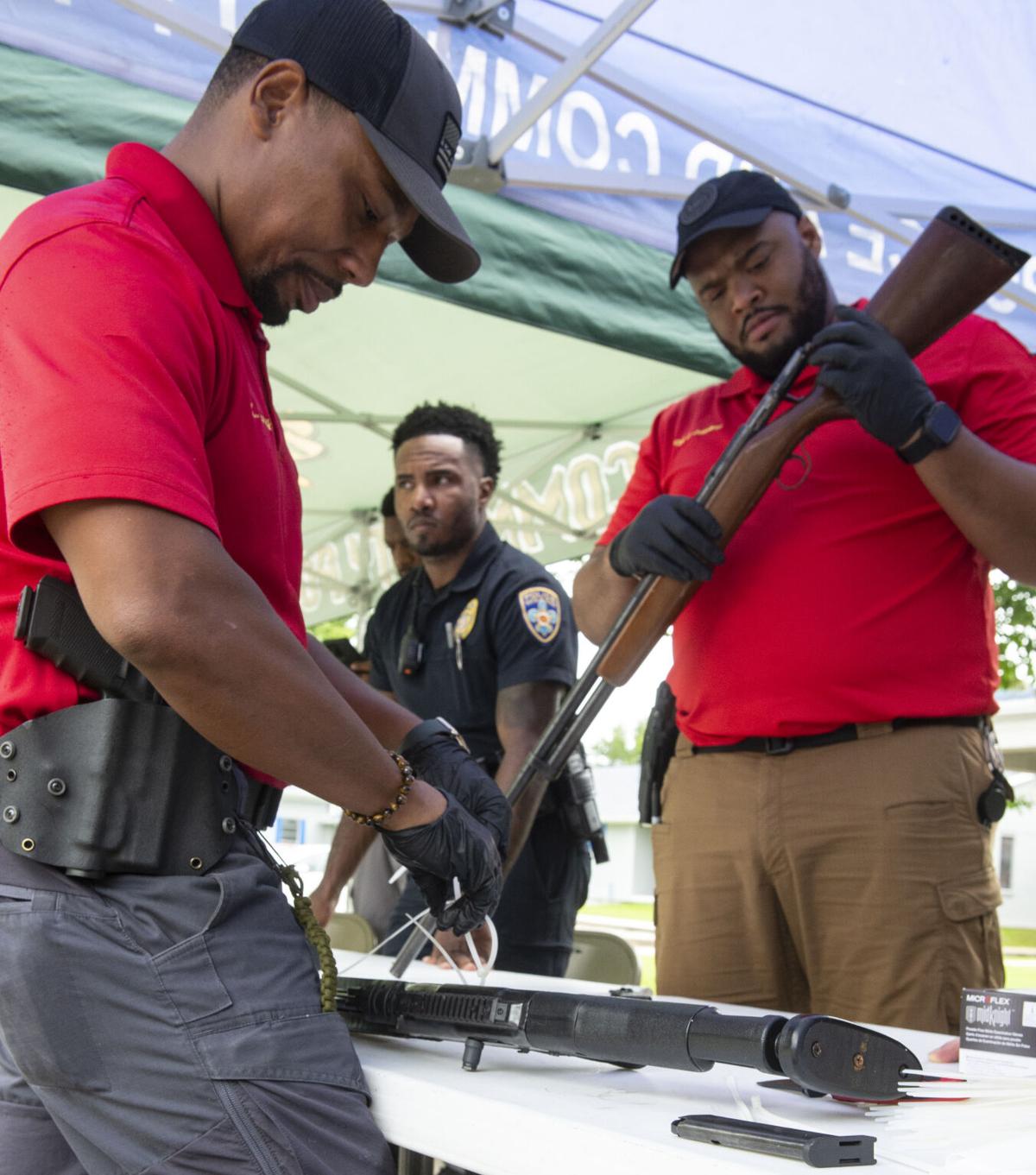 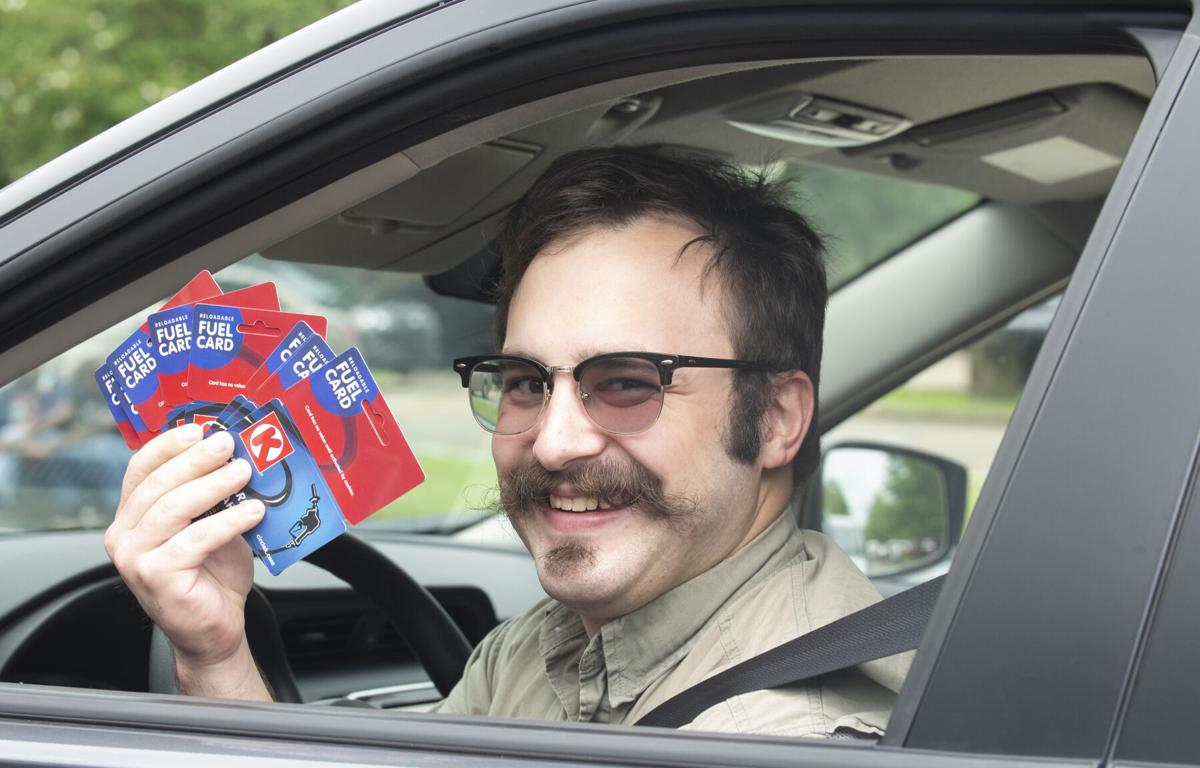 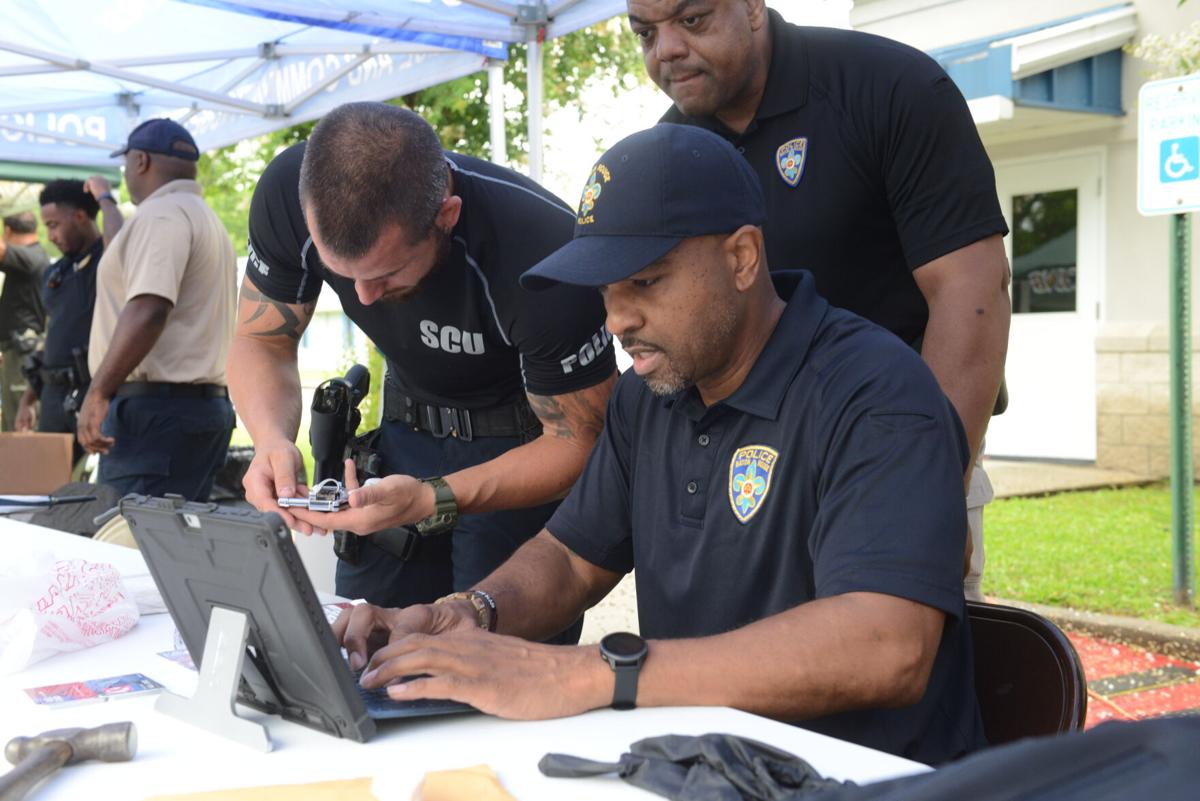 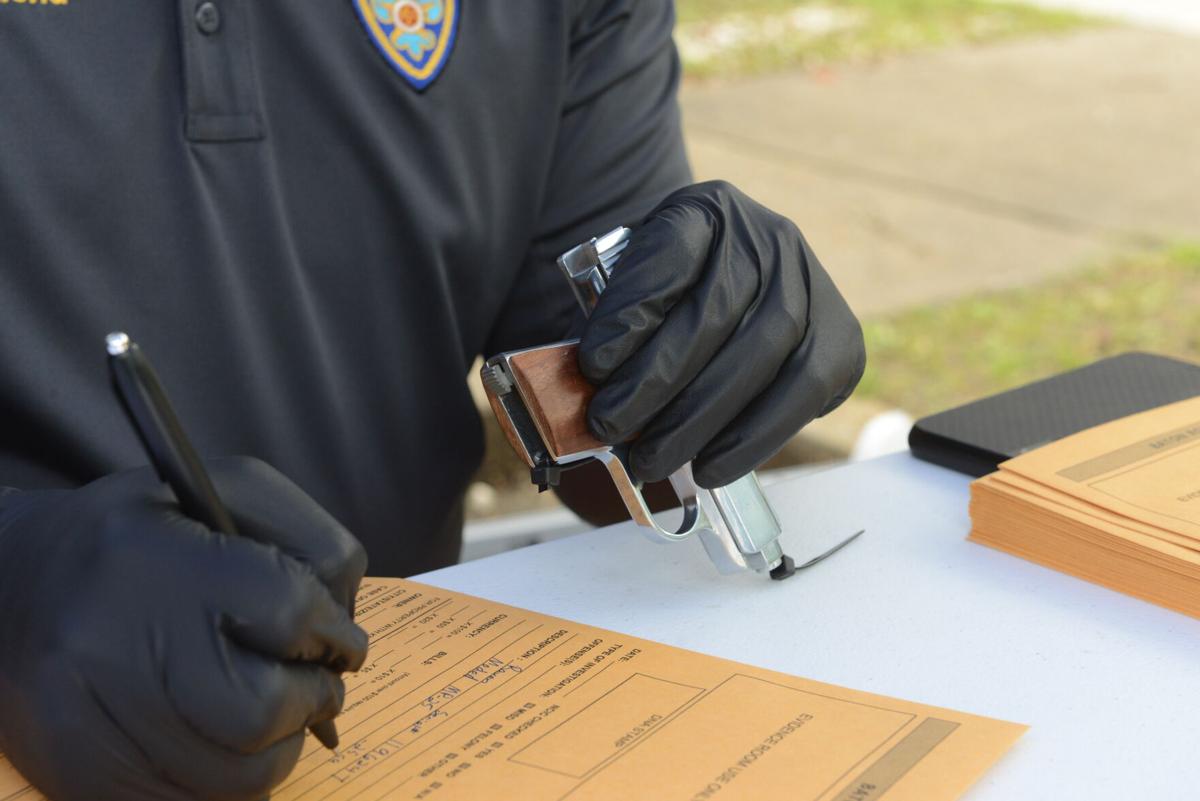 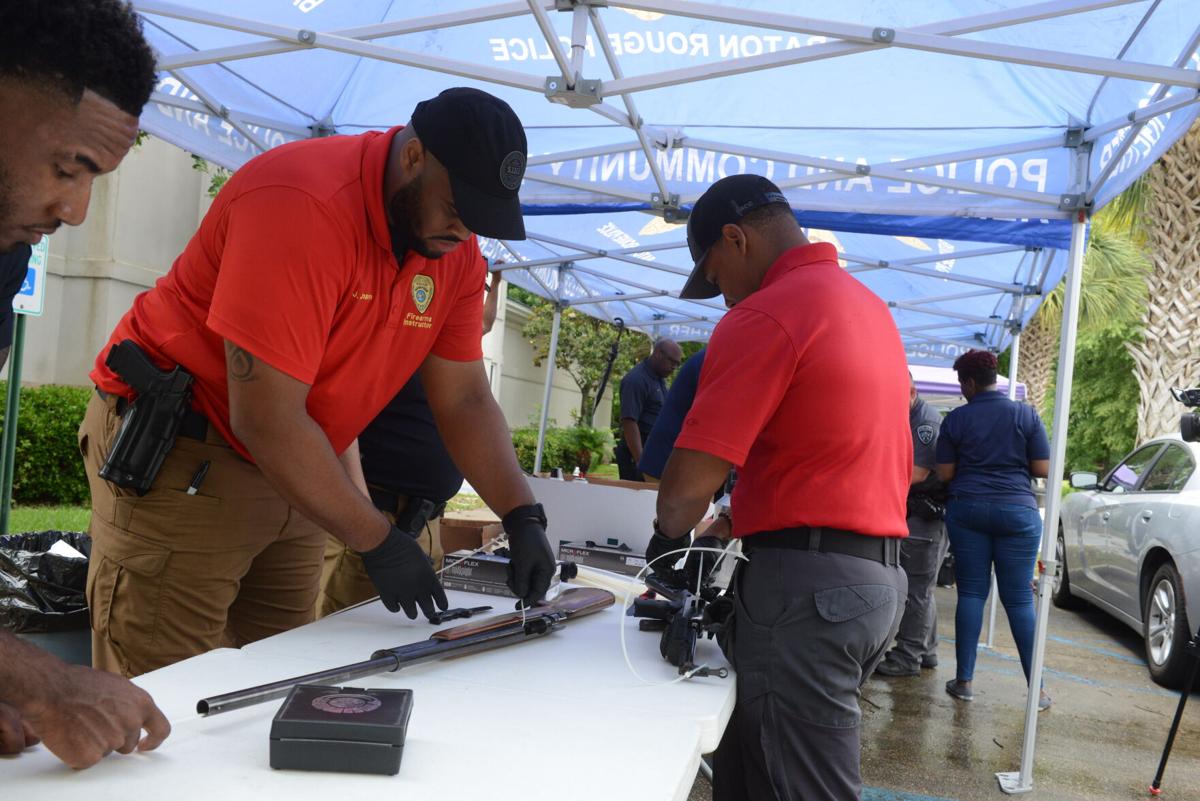 Law enforcement retrieved more than 30 firearms in exchange for gas cards at an annual event this weekend designed to take guns off the streets — with no questions asked.

Officers collected 32 working guns plus two pellet guns and handed out $2,550 in gas cards, according to BRPD spokesperson Sgt. L'Jean McKneely Jr. They issued $300 gas cards for functioning assault rifles, $100 for any .380-caliber gun or above and $50 for anything below .380-caliber.

Among the firearms collected Saturday were eight shotguns, one assault-style rifle and eleven semi-automatic pistols.

With unprecedented murder rate in Baton Rouge, police chief says time to 'get a handle on it'

This year, the event coincided with National Gun Violence Awareness Day and came after a week marked by a rash of shootings.

As the parish nears 70 homicides for 2021 — the vast majority of them shooting deaths — Aishala Burgess, director of anti-violence organization TRUCE, said the buyback event was much needed for the community.

"There is an uptick in violence right now and we felt it would be so important at this stage to give people an opportunity to turn in those guns — no questions asked — in exchange for gas cards," she said, "to do something different just to take guns off the street."

Burgess said the people turning in guns may be older, such as a grandmother trying to get rid of unwanted firearms in the home so that if someone breaks in there are no weapons that can be used against them.

"This event isn't utilized to curb violent crime but more so to bring about awareness for our community to practice properly securing their guns," Lawrence said. "If you have a gun that's just laying around and isn't secure, we prefer you properly dispose of it, and the best way to do so is to bring it to your local law enforcement."

A Baton Rouge man has become the latest accused Zion City gang member to be arrested amid a sweeping investigation into the group.

Since Jan. 2021, he added, BRPD has received 237 stolen gun reports. Of those, only five have been recovered, leaving more than 230 unaccounted for.

"If your gun is unsecure," he said, "it's giving the criminals an opportunity to steal the gun and possibly use it in a crime."

The best way to secure a weapon is either in a safe or with a gun lock.

At the buyback, officials directed people arriving to get rid of their guns to leave them secured in their car trunk for a deputy to retrieve. Once deputies get the gun, they bring it to the rangemaster who checks to make sure it's safe — to "make sure there isn’t a round in the chamber, or that it will accidentally go off and hit somebody," Lawrence explained.

The rangemaster then affixes a zip tie to the barrel to make it secure for someone to log it. If it turns out the gun is stolen, officials either get rid of it or contact the owner. Lawrence said the process takes no more than a minute.