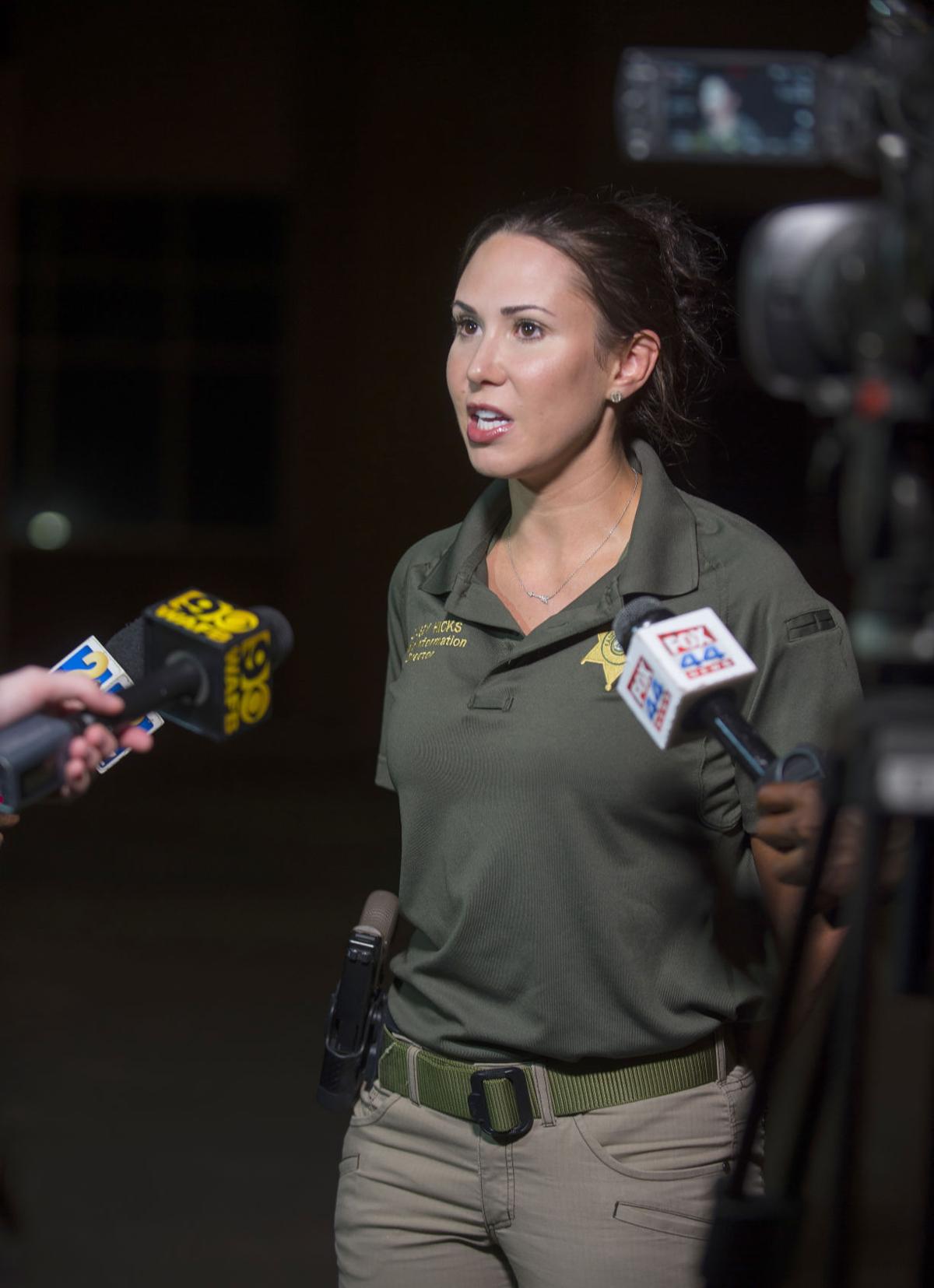 The spokeswoman for East Baton Rouge Sheriff's Office was arrested Sunday on suspicion of driving under the influence near Gulf Shores, Alabama, and has since been placed on administrative leave at the agency, according to officials in East Baton Rouge Parish and Alabama.

Casey Rayborn Hicks, who became the public information director at the Sheriff's Office in 2007 after Sid Gautreaux's election as sheriff, was arrested by Alabama state troopers about 5 p.m. Sunday in Baldwin County, Alabama, according to the Alabama Law Enforcement Agency's Highway Patrol Sgt. John Bogle.

State troopers pulled over a white Lexus SUV traveling northbound on the Baldwin Beach Expressway, soon identifying Hicks as the driver, Bogle said. Hicks was "believed to be under the influence of an impairing substance and was subsequently arrested for DUI," Bogle wrote in response to a request from The Advocate.

He said Hicks, 37, was transported to the Baldwin County Jail and was released on bond.

Gautreaux said Hicks was placed on paid administrative leave this week after finding out about the arrest and meeting with Hicks. He said she will be on leave pending the outcome of his office's internal investigation into the incident.

"Those involved in law enforcement are rightly held to the highest of standards concerning the law," Gautreaux wrote in a statement Thursday. Gautreaux said he was notified Sunday of the arrest for misdemeanor traffic violations, including first-offense DUI, and has since been in touch with Alabama officials. He said she was off duty and in her personal vehicle at the time of the arrest.

After meeting with her Wednesday — her first day back in the office this week — Gautreaux said she was placed on paid administrative leave.

Hicks is not a sworn law enforcement officer; she serves in her capacity for the Sheriff's Office as a civilian.

A mug shot and booking information for Hicks were not included on the Baldwin County, Alabama website, which shows recent arrests, as of Thursday night when The Advocate first reported the arrest. Records for three other people booked into the Baldwin County, Alabama, jail this weekend on suspicion of driving while under the influence of alcohol were listed.  However, as of Friday morning, after The Advocate reported Hicks' arrest, her mug shot and booking information were available.

A jail employee on Thursday confirmed in a phone call with The Advocate that Hicks had been booked into their jail, and subsequently posted a $2,500 bond. However, the employee could not explain why Hicks' case was initially handled differently than the other DUI cases.

Gautreaux fired a new deputy going in his final in-service training at the EBR Sheriff's Office after an off-duty DWI arrest this June.

Editors note: This story was updated Friday, July 26, to include Hicks' mug shot and explain when it became available.