State prosecutors are raising alarms about a legislative audit that found the system used to keep track inmates is riddled with problems, including trouble accurately calculating dates when inmates are to be released.

In addition, the agency spent $3.6 million for a new tracking system that failed because of inadequate planning and testing, Legislative Auditor Daryl Purpera said in his report.

“The audit,” said Pete Adams, executive director of the Louisiana District Attorney’s Association, “confirmed some things that we have seen that have raised our concerns that we’re not getting all the Correction information that we were promised.”

The state Department of Corrections on Wednesday released more than 1,900 convicted state prison inmates prior to the completion of their sentences. The release was part of a comprehensive revamp of Louisiana criminal justice system that was passed into law earlier this year.

Starting at midnight and going throughout Wednesday morning, more than 1,900 convicted inmates are walking out of prisons across the state bef…

“We agreed to some things to help this thing pass because we thought something needed to be done,” said Adams, who was instrumental in passing the revamp. “We’re just wondering how trustworthy this information is. We’re talking about misidentifying offenders and misidentifying release dates.

“It’s concerning, but it’s too early to tell if those apparent errors have serious consequences,” Adams added.

Gov. Edwards signs criminal justice overhaul into law, in what some laud as historic achievement

With many supporters calling it an "historic achievement" for Louisiana, Gov. John Bel Edwards signed 10 bills into law overhauling the state'…

The audit report, which was released earlier this week, said the department "does not have a formalized, consistent method for calculating offender release dates."

Auditors said they asked two employees of the state Department of Corrections to calculate the release date for an offender.

Each employee used a different method, and their results differed by 186 days, according to the study.

The agency also lacks a policy that requires initial release date computations to be reviewed by a supervisor, according to the audit.

Corrections Secretary James LeBlanc said those errors come about because Louisiana’s criminal code isn’t as well organized as it is in other states. Staff must manually check with the 20 different laws, then visit 100 different data points in every inmate’s file to make the calculations.

He had hoped that the new computer system would consolidate the work being done in the probation and parole offices with that being done in the prison system. “But when we turned on the computer, it just couldn’t keep up with all that we were doing,” LeBlanc said.

The state uses the Criminal and Justice Unified Network – CAJUN – a system that began in the 1970's and was updated in 1991.

The new system went live on June 15, 2015 but was taken down six weeks later.

A contractor has been hired to determine if the computer platform can be changed. LeBlanc said he’ll know in December “whether they can make it work or whether we have to chunk the whole thing and start over.”

In another area, the report said the state system for overseeing where offenders are located is flawed.

Of 100 cases reviewed, 11 inmates were at facilities that differed with what was shown in state records.

Of those four were violent offenders, the report says.

In one case, department officials thought an offender convicted of second-degree murder was at the Evangeline Parish jail for 166 days. Actually, he was at another site more than 100 miles away.

“We’re fixing that immediately,” LeBlanc said. He spoke Monday with the sheriffs that run the parish jails where about half of the state’s 35,000 inmates serve their sentences. The others are in one of Louisiana's nine correctional facilities.

LeBlanc said that over the years sheriffs would take four or five days to alert the state that a prisoner has been moved. “They need to tell us immediately. They can do that now,” he said. 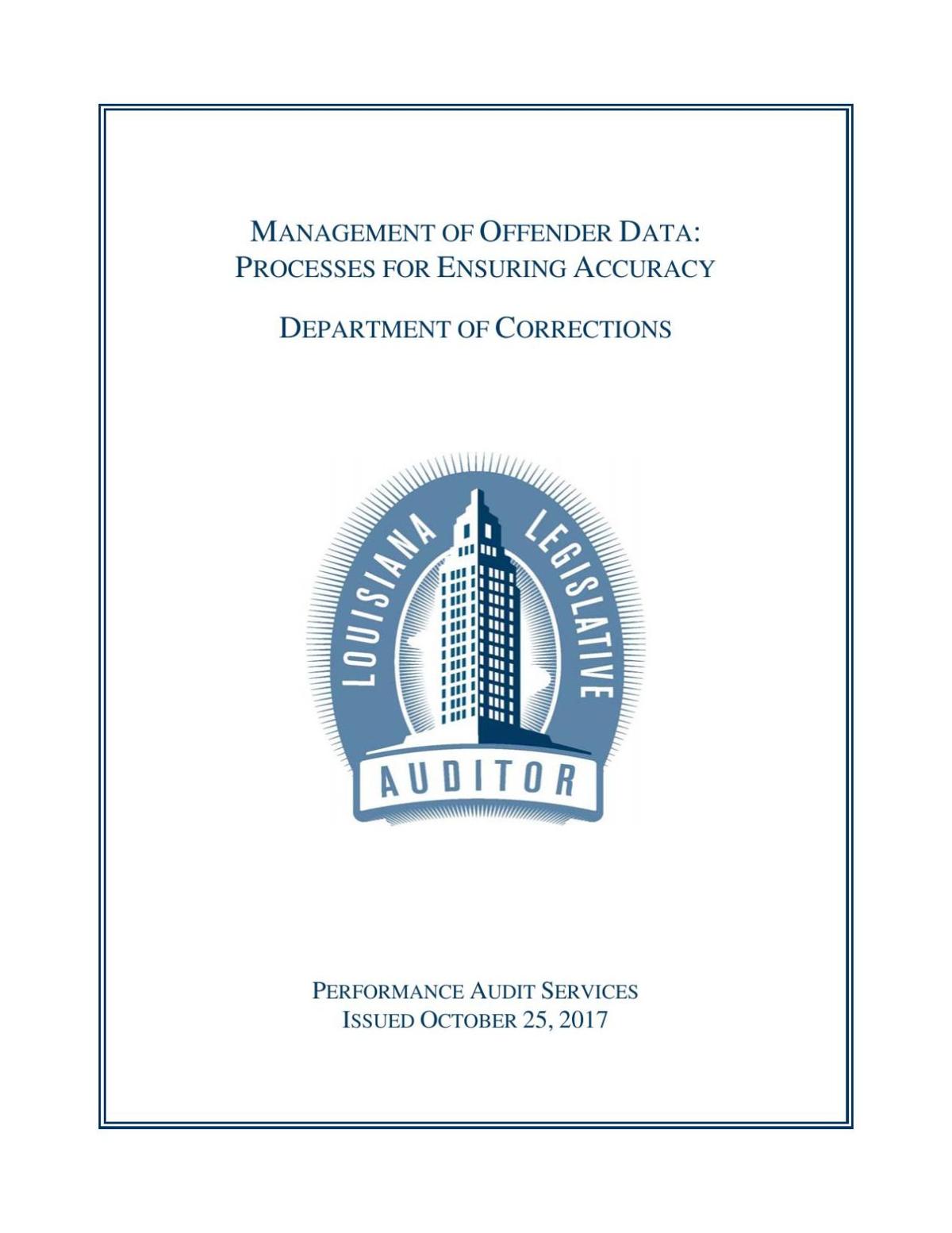 Edward Pratt: A promise not to go back to jail

I am a crime survivor. When I was 15 years old, a man tried to kidnap me. My first husband was murdered 20 days before I gave birth to our twi…