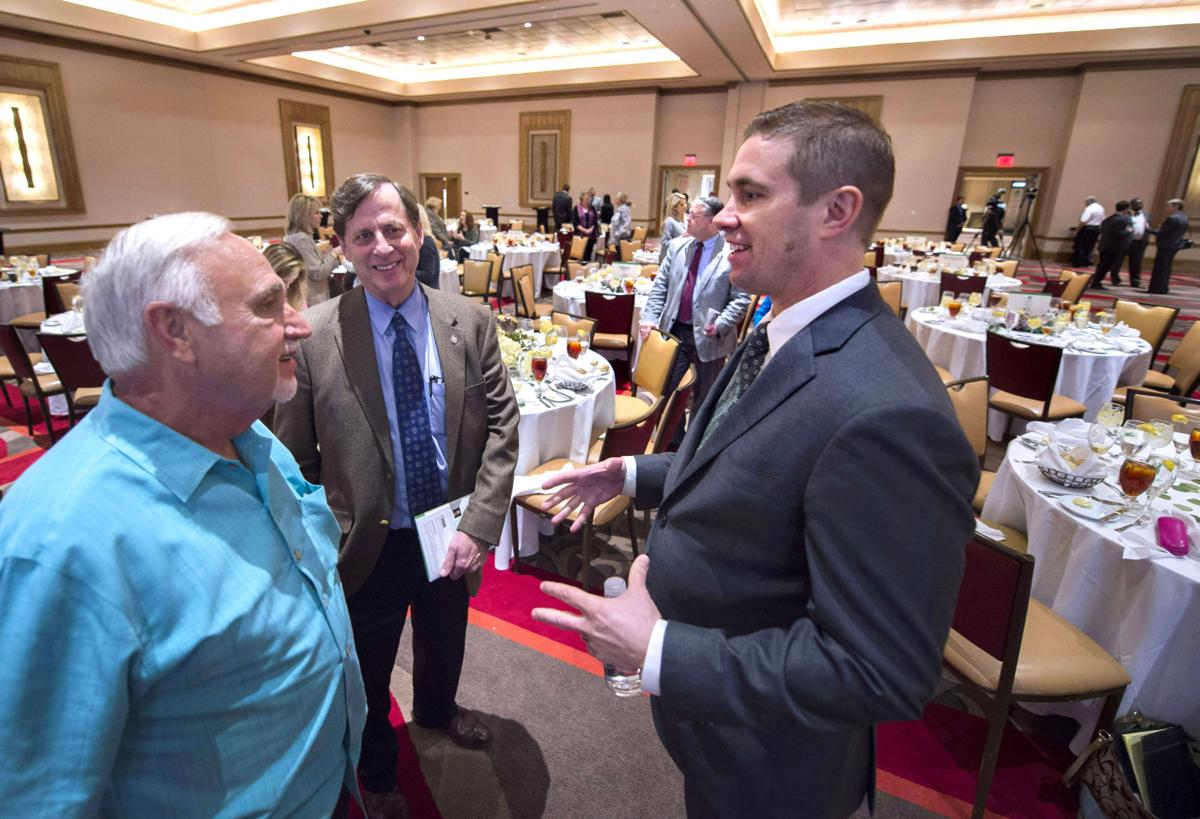 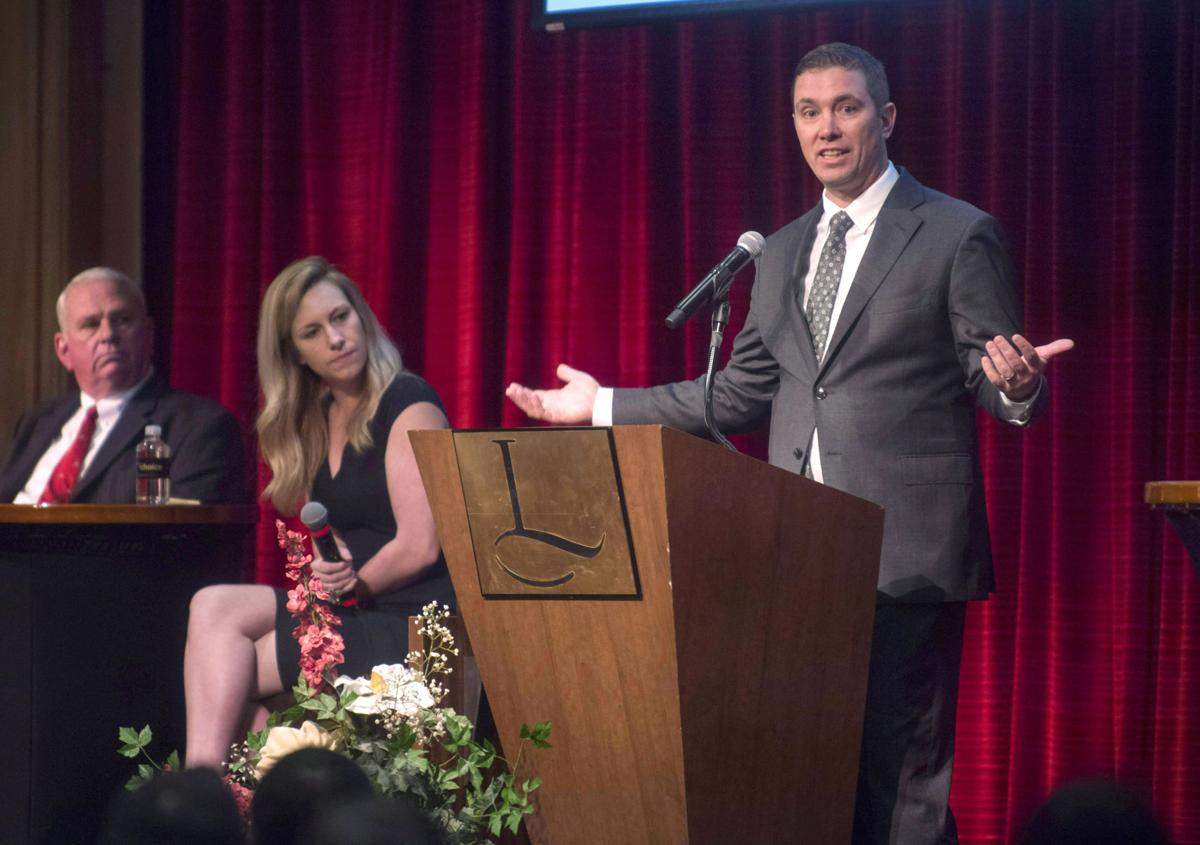 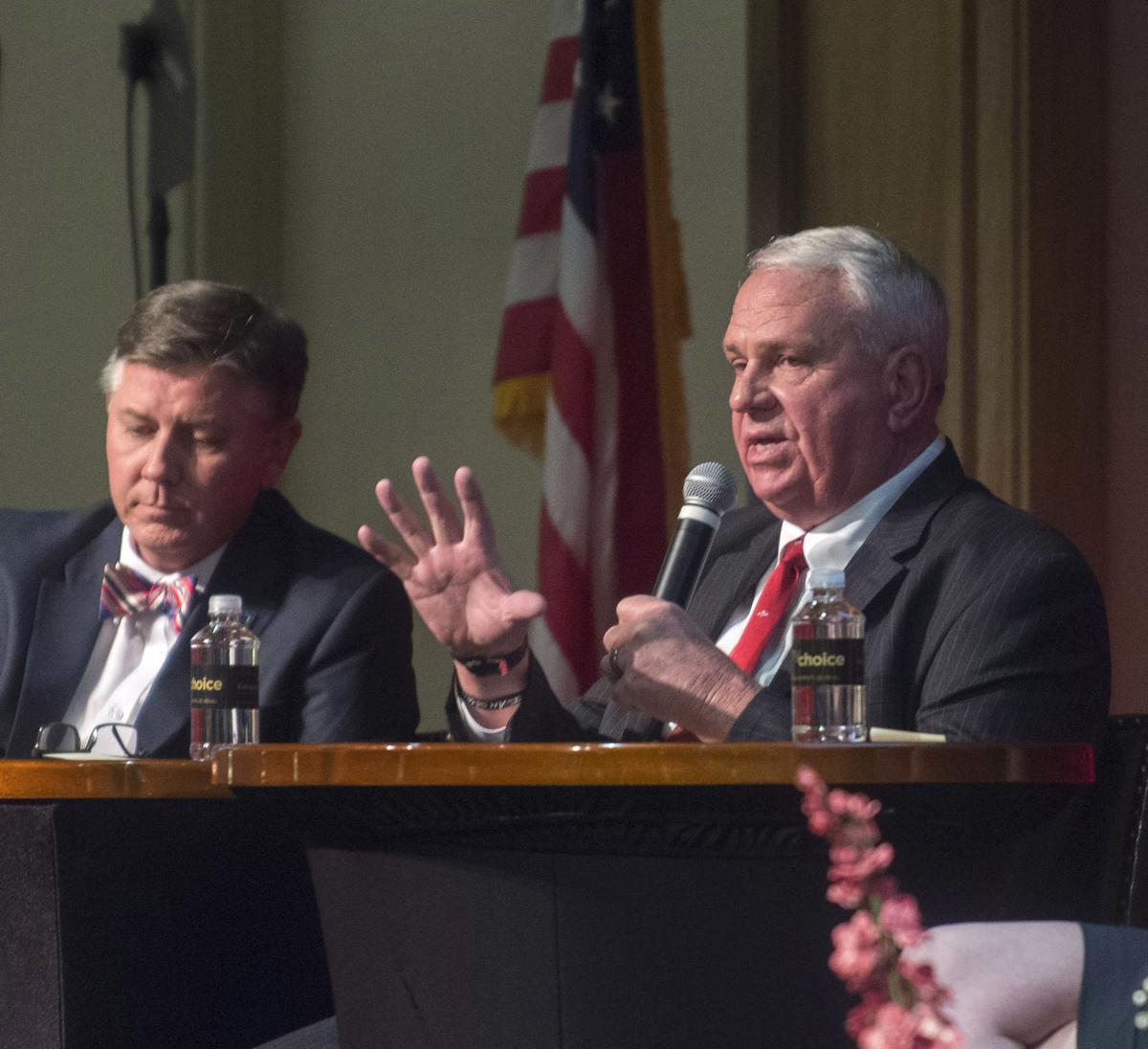 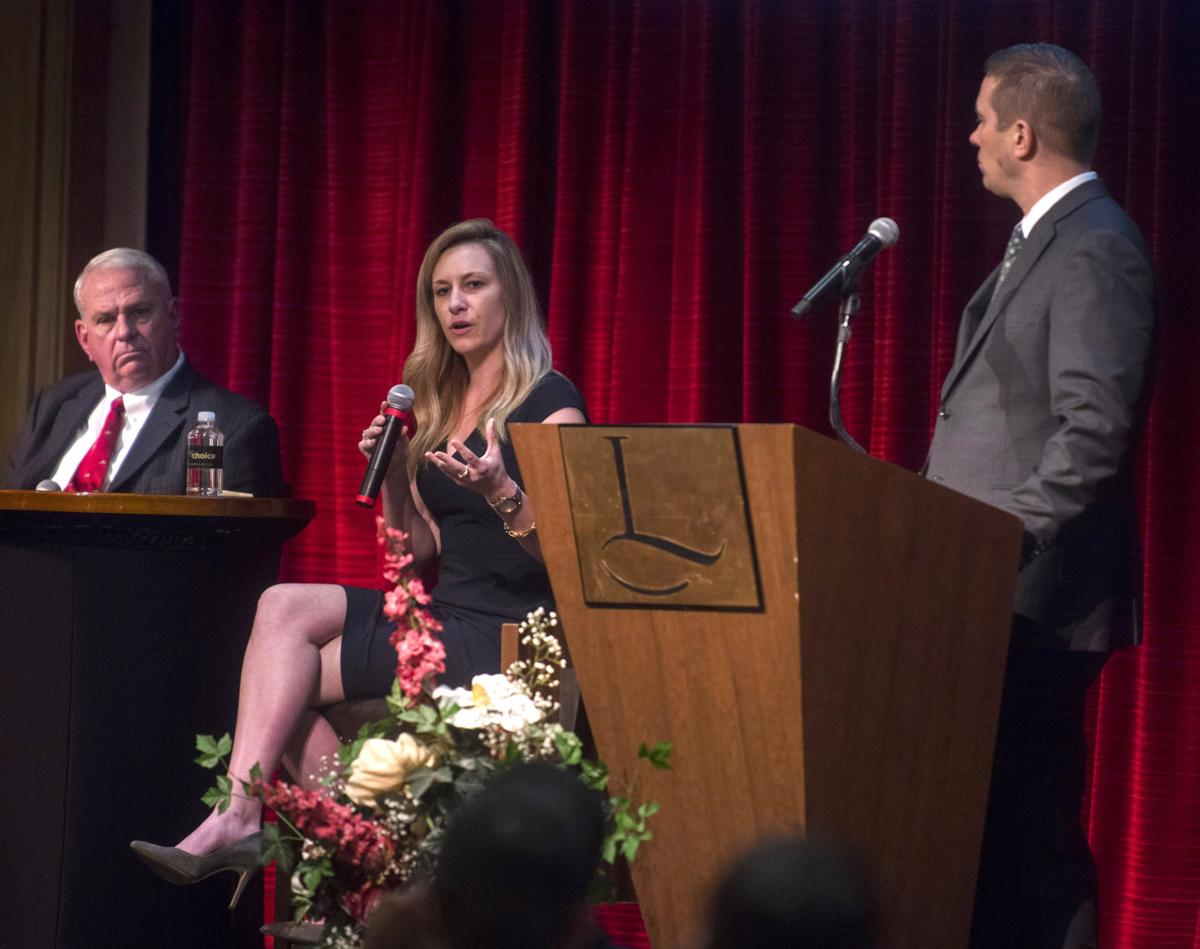 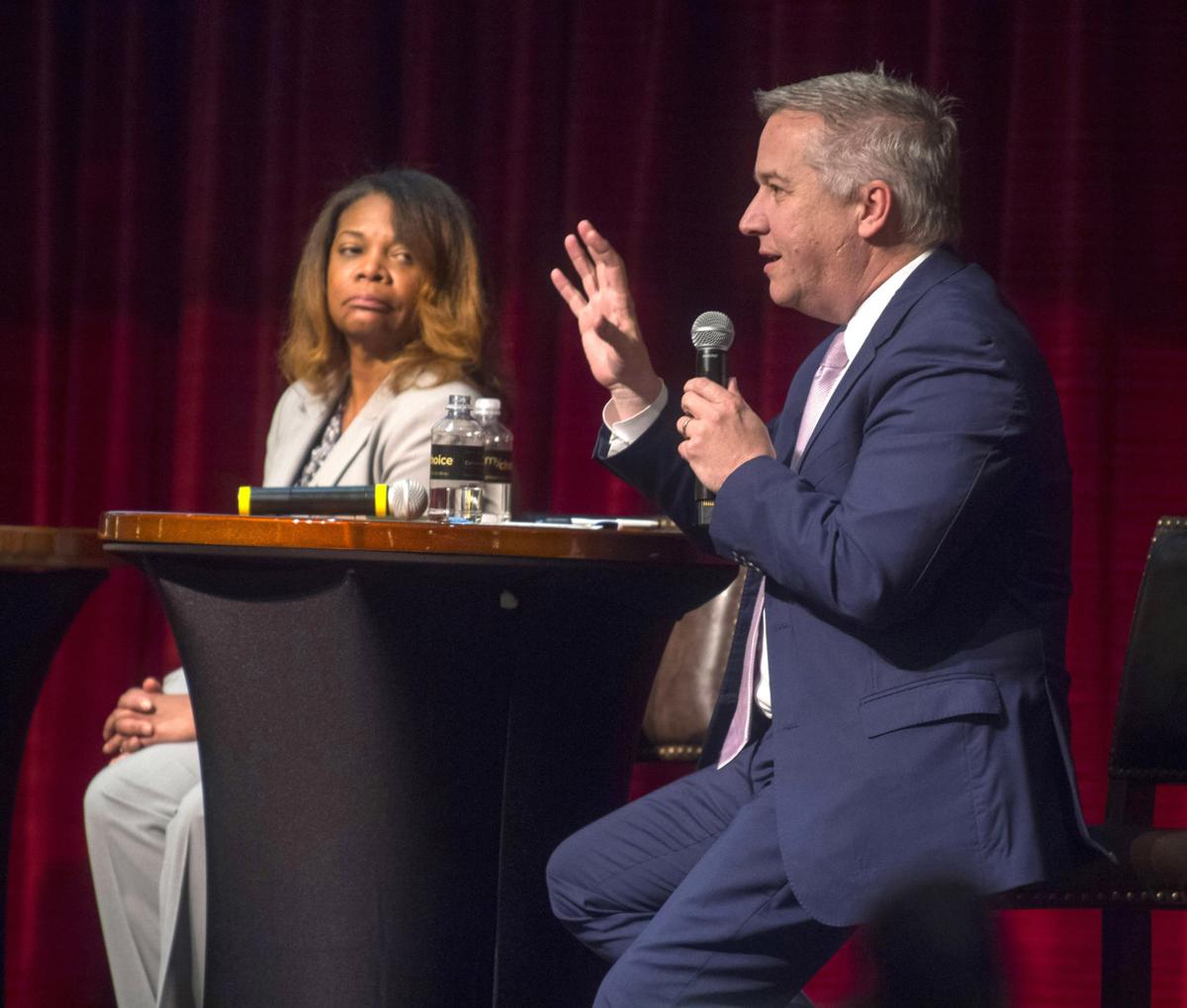 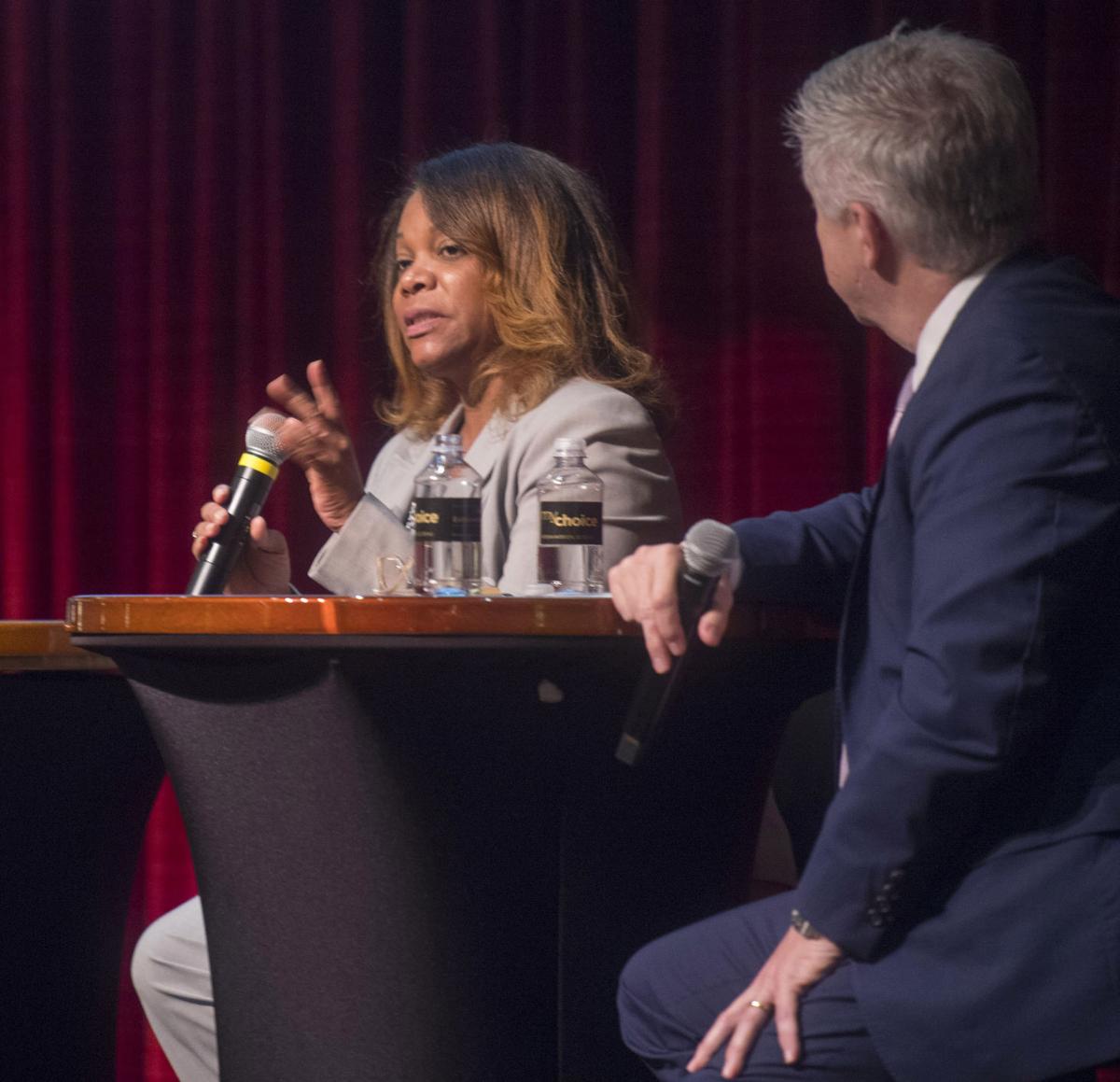 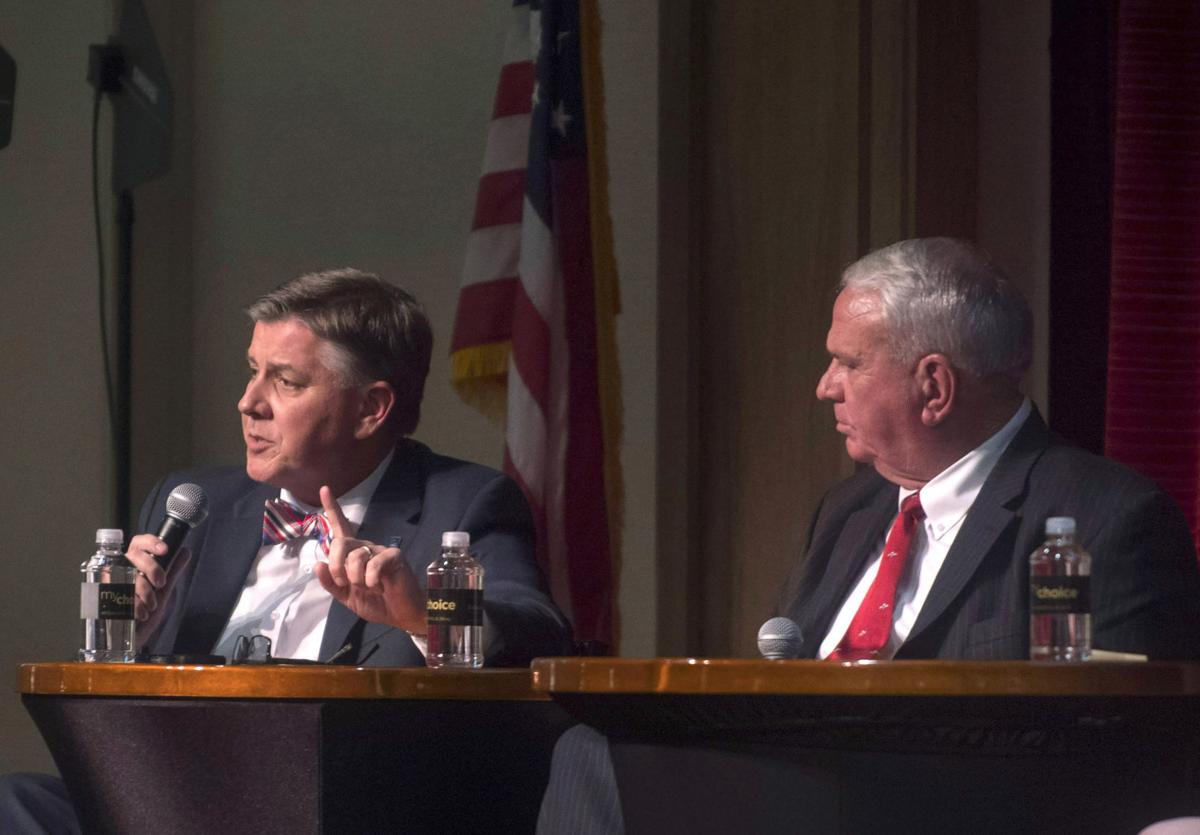 Shon Hopwood landed in federal prison as a young man after participating in several bank robberies across rural Nebraska. Now he's a practicing attorney and professor at Georgetown Law School.

Hopwood related the tale of his transformation Friday to hundreds of people at Baton Rouge's L'Auberge Casino during a seminar focused on boosting opportunities for former Louisiana prisoners transitioning back into society.

Hopwood's legal career launched unexpectedly when he started working in the prison law library, not because of any special interest in the law. He eventually started reading legal texts and filing briefs on behalf of his fellow prisoners.

By the end of his sentence, two of those briefs were granted review before the U.S. Supreme Court, an accomplishment that is almost unheard of within the American legal system but was still not enough to guarantee Hopwood a successful career upon his release. That success he attributes to a series of second chances over the next several years.

When Arthur Parker left prison this summer after serving more than 20 years for a burglary conviction, what he wanted most was a job to suppor…

At Friday's seminar, Hopwood said he wants to give other prisoners hope and raise awareness about the sometimes insurmountable challenges people face after spending time behind bars, both in Louisiana and across the country.

"I committed a violent crime, but I am not a violent criminal," he said. "Even when people make mistakes, character is not static. People can change. And the law and this community need to recognize that."

Hopwood graduated from high school in Nebraska, earned a college basketball scholarship and then dropped out after he stopped going to class. He later agreed to start robbing banks with a group of other young men not long after returning home from two years in the U.S. Navy, which he said left him experiencing depression and "no real purpose in life."

The group would steal a car, drive to a small town — where police presence is low or nonexistent — and rob its bank. They had targeted five banks when they got caught.

One of his petitions that landed before the Supreme Court got him connected with Seth Waxman, a top Washington attorney who served as solicitor general under President Bill Clinton. Hopwood said it was Waxman and others who helped him gain admission to law school and later the bar — two high hurdles that Hopwood said he almost wasn't able to achieve because of his felony conviction, which typically prevents someone from becoming an attorney.

"When you're in an American prison, you are told every day, implicitly and explicitly, that you are worthless, you're never gonna amount to anything. … And after a while, that message starts to resonate with people," he said during his speech. "So to be in that environment and have someone go out of their way to give you a second chance, it was just astounding. That is my story."

The seminar — called "Unlocking employment opportunities: Rehabilitating individuals through strategic encounters" — arose from a partnership of several local businesses and organizations along with the U.S. District Court for the Middle District of Louisiana.

U.S. District Judge Shelly Dick said she saw Hopwood on CBS' "60 Minutes" when he was interviewed on the show last summer and wondered whether he would come speak to participants in her reentry court program. That idea grew into the seminar, which included a panel discussion about helping former prisoners break the cycle of crime that often leads to repeated prison stints.

Michael Finley found himself Wednesday yet again sitting in a federal courtroom, but this time he had a smile on his face. The U.S. Middle Dis…

Panelists said giving people educational and technical training opportunities while they're incarcerated is key, especially in Louisiana, which was long labeled the incarceration capital of the country before ceding that title to Oklahoma in 2018. But the speakers also noted that convincing businesses to hire convicted felons is another piece of the puzzle.

John Easley, education coordinator at Louisiana's Angola penitentiary, said corrections leaders have started to embrace the benefits of helping inmates become "the type of person that when they left, they could find gainful employment."

"We do not want them to come back," Easley said. "And we have proven that (education) works."

Natalie LaBorde, executive counsel for the Department of Corrections, said part of the challenge now is getting the general public to endorse the idea of rehabilitation for convicted criminals. And hearing stories like Hopwood's can change how people think about that segment of the population.

"I think we're gaining awareness that … it is not about absolving anyone of the consequences of crime. Violent crimes have consequences — very real ones," she said. "But it is also not making a decision based on a set moment in time and throwing away the key forever."

Gov. John Bel Edwards signed into law Wednesday legislation that intends to give ex-convicts a greater chance at re-entering the workforce.