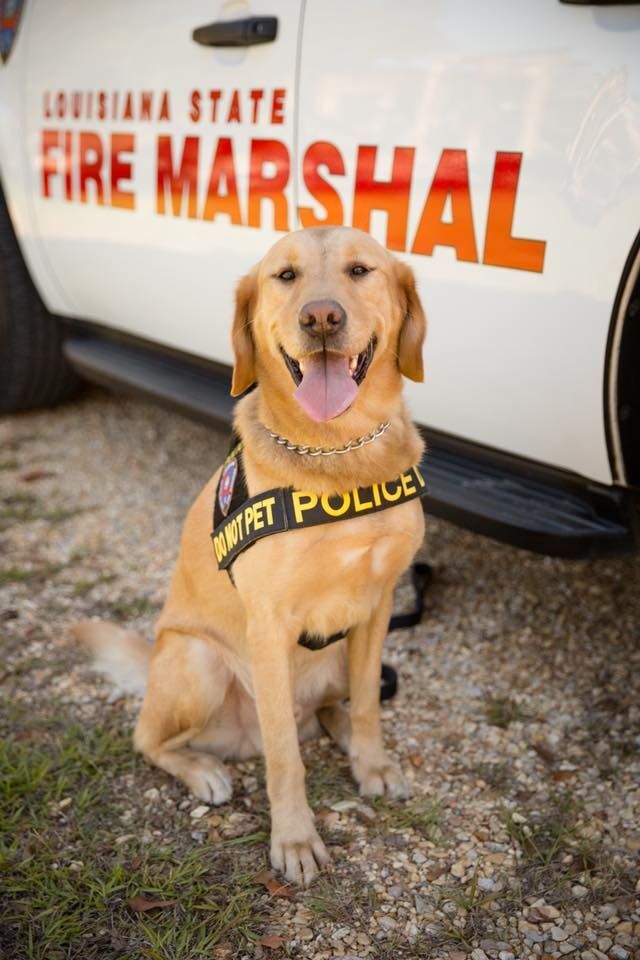 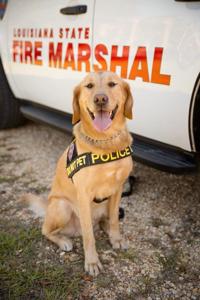 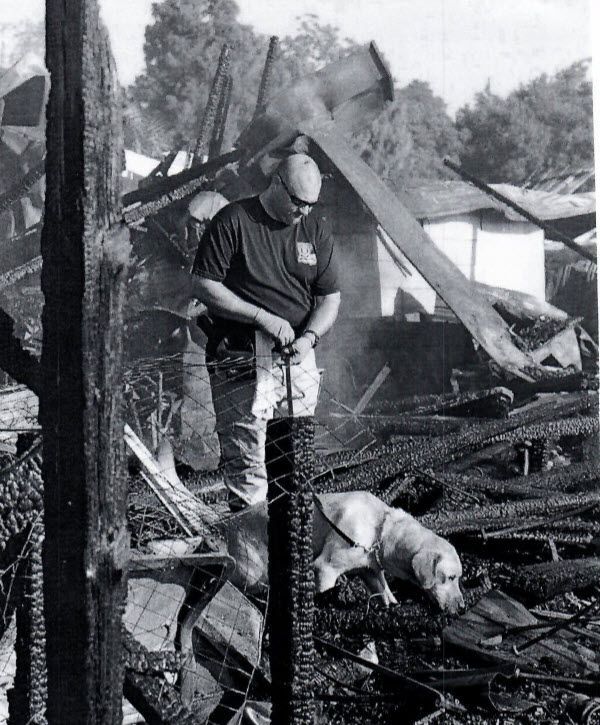 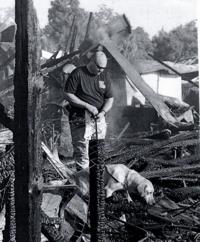 A dog that joined the State Fire Marshal's Office almost a decade ago and played a critical role investigating the St. Landry church fires retired this week.

Monty, a 10-year-old golden Labrador, has served the people of Louisiana since 2012. He began his career as a guide dog for the visually impaired with the Guiding Eyes Foundation in New York before he was certified as an accelerant detection K-9 through the Alcohol, Tobacco and Firearms Bureau.

Holden Matthews' arrest in church burnings: What we know about suspect, investigation, more

Holden Matthews, a 21-year-old Opelousas man, was arrested Wednesday in connection with fires that burned down three historically black Baptis…

"Monty has been an integral part of the success of this agency, not only in crime solving but in our public education efforts, both of which have saved lives,” said State Fire Marshal Chief H. “Butch” Browning, “We wish Monty a restful and playful retirement and we thank him for his service to this state and its citizens.”

K-9 Monty primarily served in South Louisiana with his handler, Lt. Brian Mashon. He started working with Monty in November 2012 through the ATF Accelerant Detection Program.

Monty helped sniff out the origins and causes of fires, including suspected arson fires. In some cases, his alerts led to evidence resulting in arrests.

In one of Monty's cases, he worked an intentionally set fire at an occupied apartment complex in Slidell where children had to be rescued.

Monty worked perhaps his most high-profile case when he was brought on scene at the St. Landry church fires that garnered national attention.

The federal sentencing for St. Landry Parish church arsonist Holden Matthews has been pushed back to October.

In that instance, Monty discovered the gas can used in one of the fires, which helped identify the suspect, eventually connecting that suspect to all three fires.

"Working with Monty has been a tremendous learning experience for me," Mashon said. "He is well-trained in accelerant detection and I had to learn to trust my partner."

In addition to sniffing out fires, Monty would also do public demonstrations at schools and community events.

"Not only do the children delight in seeing Monty and his skills, but Monty loved the children's attention!" Mashon said.

In 2017, Monty beat out almost 60 other K-9s from across the country to receive the ATF’s Top Dog award.

In his retirement, Monty will stay with his handler family, who he enjoys cuddling with.

"Monty has become an integral part of our family," Mashon said. "He will have a fun and relaxing retirement."

Each week Deacon Ronald Milburn of Greater Union Baptist Church cuts the grass and maintains the cemetery at his former religious home, walkin…

Edward Pratt: St. Landry church burnings remind me of love, support the black church has given me

Besides making me angry and sad, the recent burnings of three historically African American churches in St. Landry Parish brought back memorie…