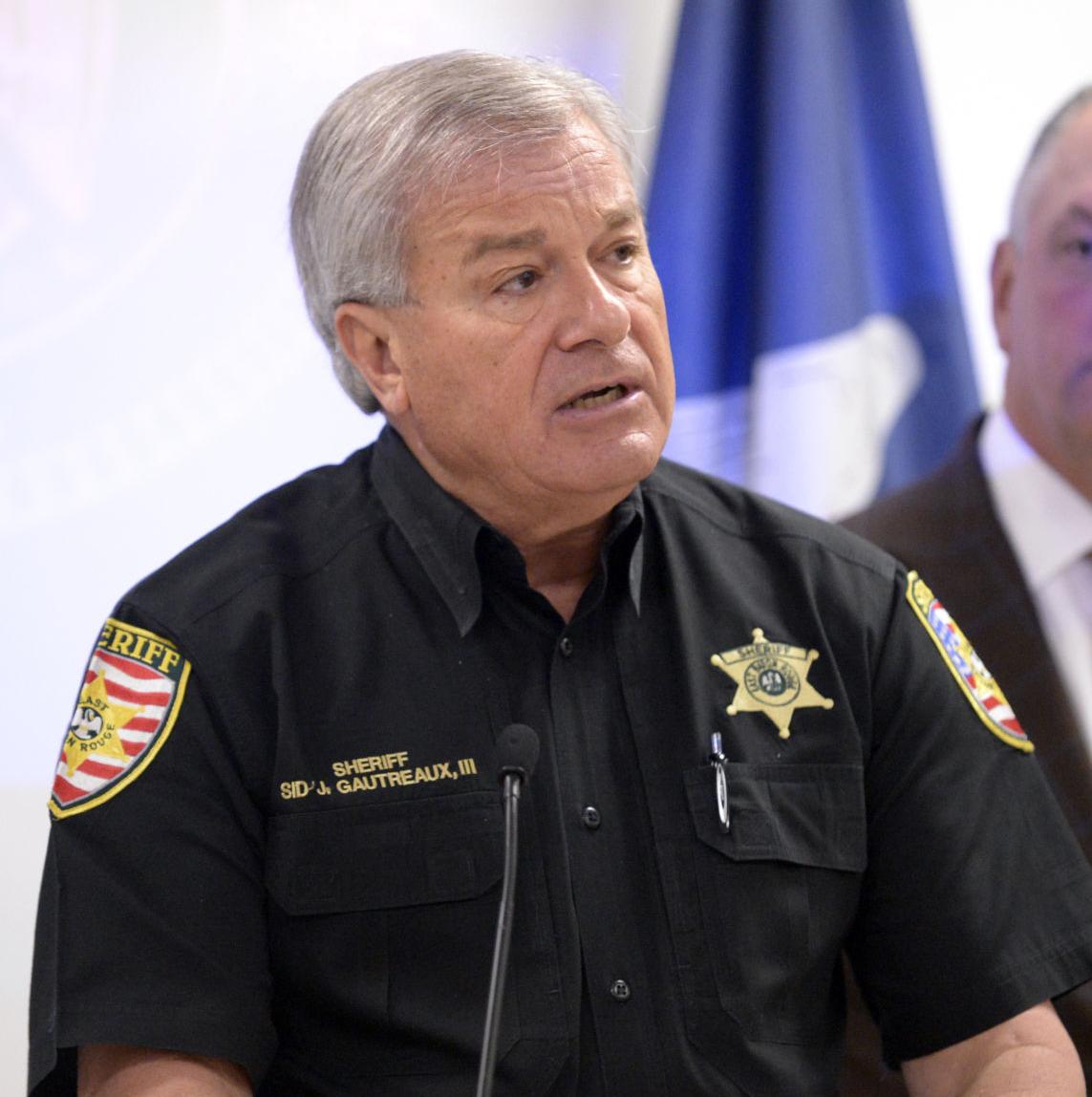 Sheriff Sid Gautreaux speaks at a press conference in 2018 in Baton Rouge, La. 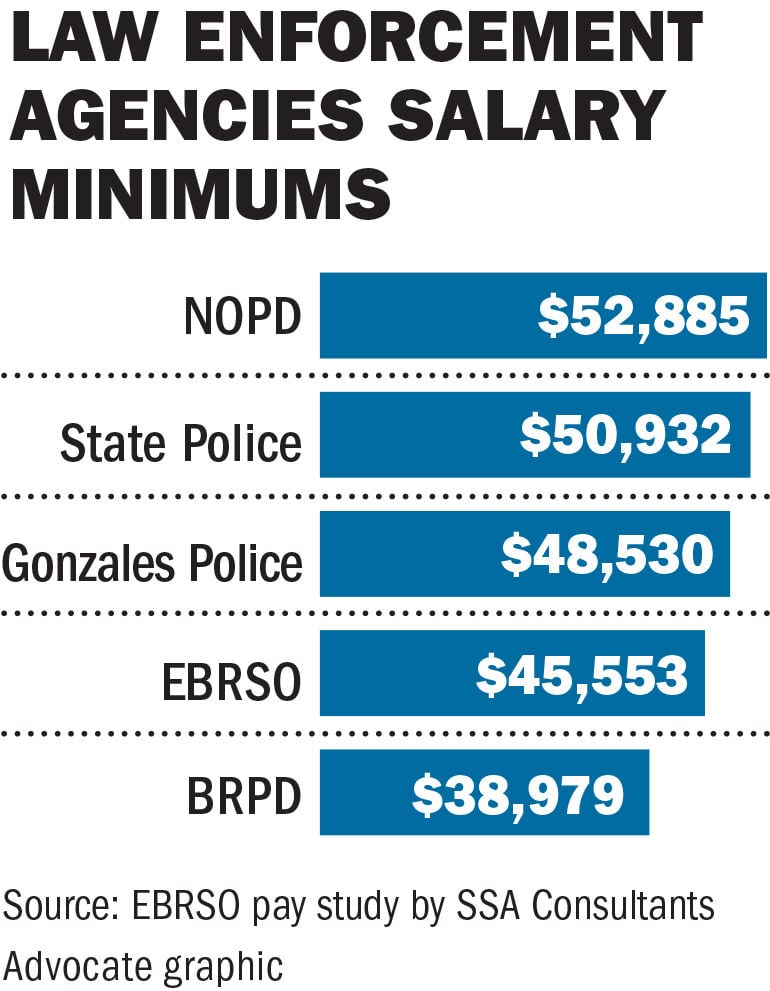 East Baton Rouge Parish Sheriff Sid Gautreaux has promised his full-time employees a 3% raise come July, a mark he expects will further rise for many deputies as the agency plans to simultaneously implement recommended changes to its pay scale.

Gautreaux announced the pay increases this week in an agencywide email, in which he also provided the report evaluating sheriff's employee compensation compared with peer law enforcement agencies, an analysis by a local consulting firm which found East Baton Rouge Sheriff's Office pay fell slightly behind others. And while his changes will not amount to the full 6.5% raise recommended by the consulting firm, it begins to address the issues identified with the agency's compensation.

"Our stated goal at the beginning of the process was to create a fair, standardized system of pay for all our employees," Gautreaux wrote to employees Monday. The raise and new pay scale for the 833 full-time employees will cost the agency an estimated $2.125 million a year in salaries and related benefits, Sheriff's Office spokeswoman Casey Rayborn Hicks said.

The Sheriff's Office hired Baton Rouge firm SSA Consultants in August for $29,000 to complete the study, which it finished this month, Hicks said.

The same firm is working on a pay study for the Baton Rouge Police Department; that study cost $39,500 and remains in the final stages after almost a year of work, following additional requests and questions from Baton Rouge Police Chief Murphy Paul. Christel Slaughter, the CEO of SSA Consultants, has twice reported preliminary reports on BRPD pay to the East Baton Rouge Parish Metro Council, but never a final report.

To dozens of East Baton Rouge Parish Sheriff’s deputies, their bosses play favorites and staff shortages put them in danger. Many more, howeve…

“The comparative salary range analysis indicates that all of the EBRSO sworn deputy positions’ salary ranges fall below the market-based range,” the Sheriff's Office report says. “Because many organizations hire at or near the minimum, EBRSO may find it difficult to attract qualified deputies unless the market range minimums are adjusted.”

Gautreaux, who is up for re-election this fall, plans to implement a new 15-step pay scale that standardizes a 4% increase between each step, in addition to between each rank of deputy, corporal, sergeant and lieutenant, as recommended by the pay study. The increase for making the rank of captain or major will remain higher, at 12% and 32%, making up for loss of overtime hours. Although the study recommends shrinking the jump from captain to major from around 40% to 26%, the sheriff is implementing a 32% increase.

These recommendations, along with the across-the-board 3% raise, will bring a deputy's starting base salary from $39,553 a year to $41,350, figures which will include an additional $6,000 of state supplemental pay after the first year of work.

Gautreaux also said he will review other recommendations from the study, including trying to develop a performance review system to provide for a merit salary increases. The report recommends such reviews at least every two years and for there to be a mechanism for a merit-based raises when those reviews are satisfactory or superior.

Paying Baton Rouge police officers at rates comparable to peer agencies would cost more than $20 million a year, according to preliminary find…

The consultants also recommend that when deputies are demoted for cause, their pay decrease to reflect their new rank or step. And on the flip side, the consultants recommend the agency consider increasing pay or rank when hiring someone with relevant law enforcement experience.

Sheriff's Office employees received a $1,400 pay raise in 2018, and Hicks said most years since Gautreaux took office in 2007, he has been able to provide some salary increase. Raises, however, are not guaranteed at the agency, where the budget relies most heavily on property taxes.

The report for the Baton Rouge Police Department — now long overdue from when it was first contracted last April — is expected to be presented publicly soon. Paul said Wednesday he has the complete report and is reviewing it. Preliminary updates from the report found that starting BRPD officers were underpaid by about 30% compared with peer agencies, a fix that could cost about $20 million a year.

3 arrested in 'hideous, evil' robbery, shooting of Zachary woman who was found tied up in her home