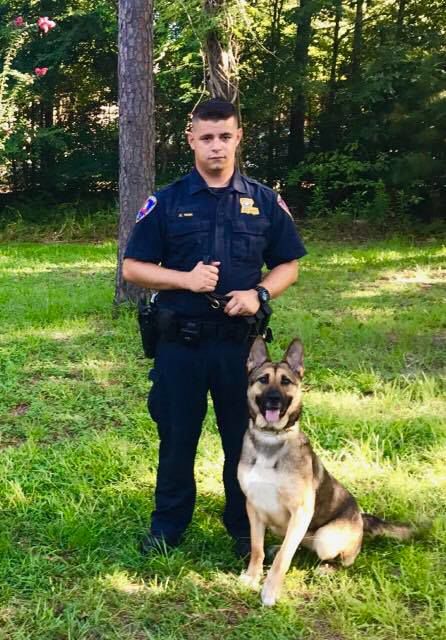 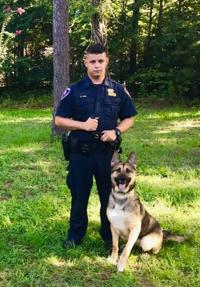 Robert Fain and his K9 Maily 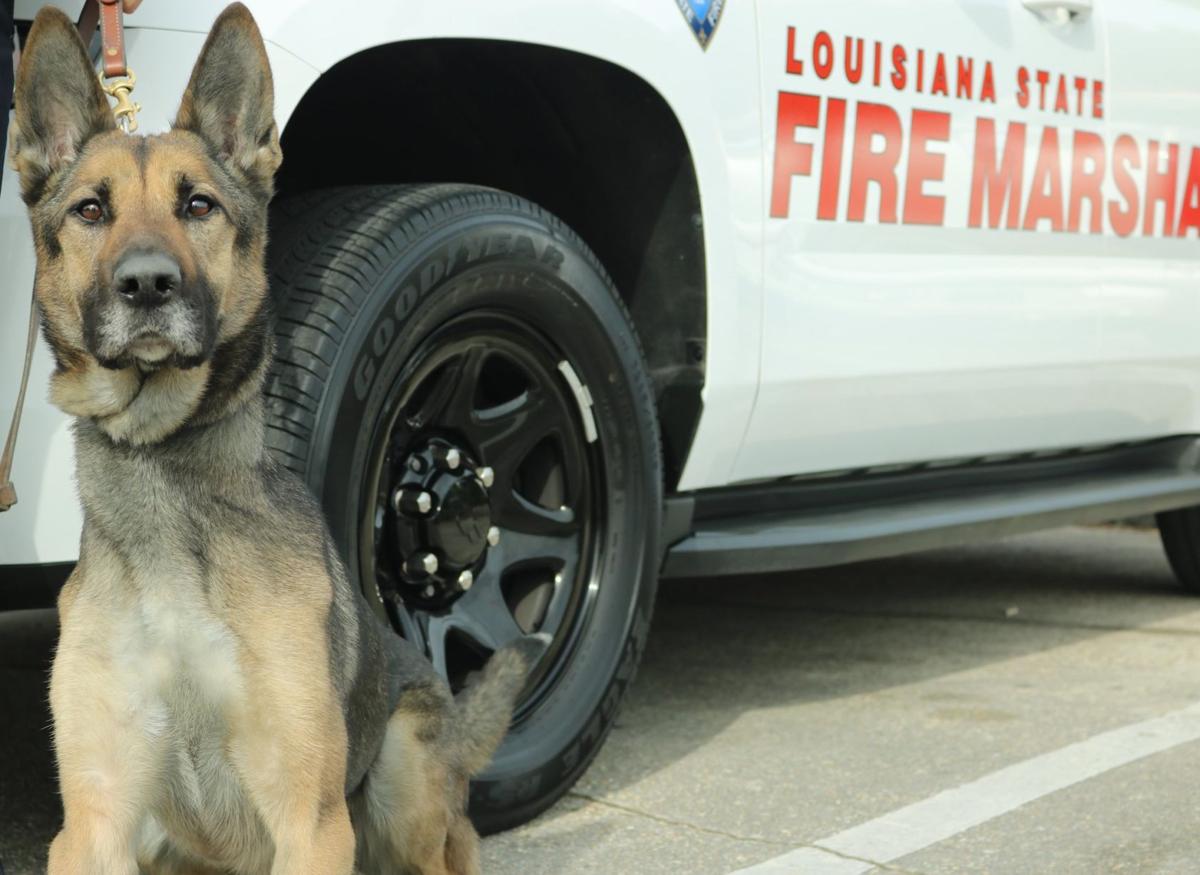 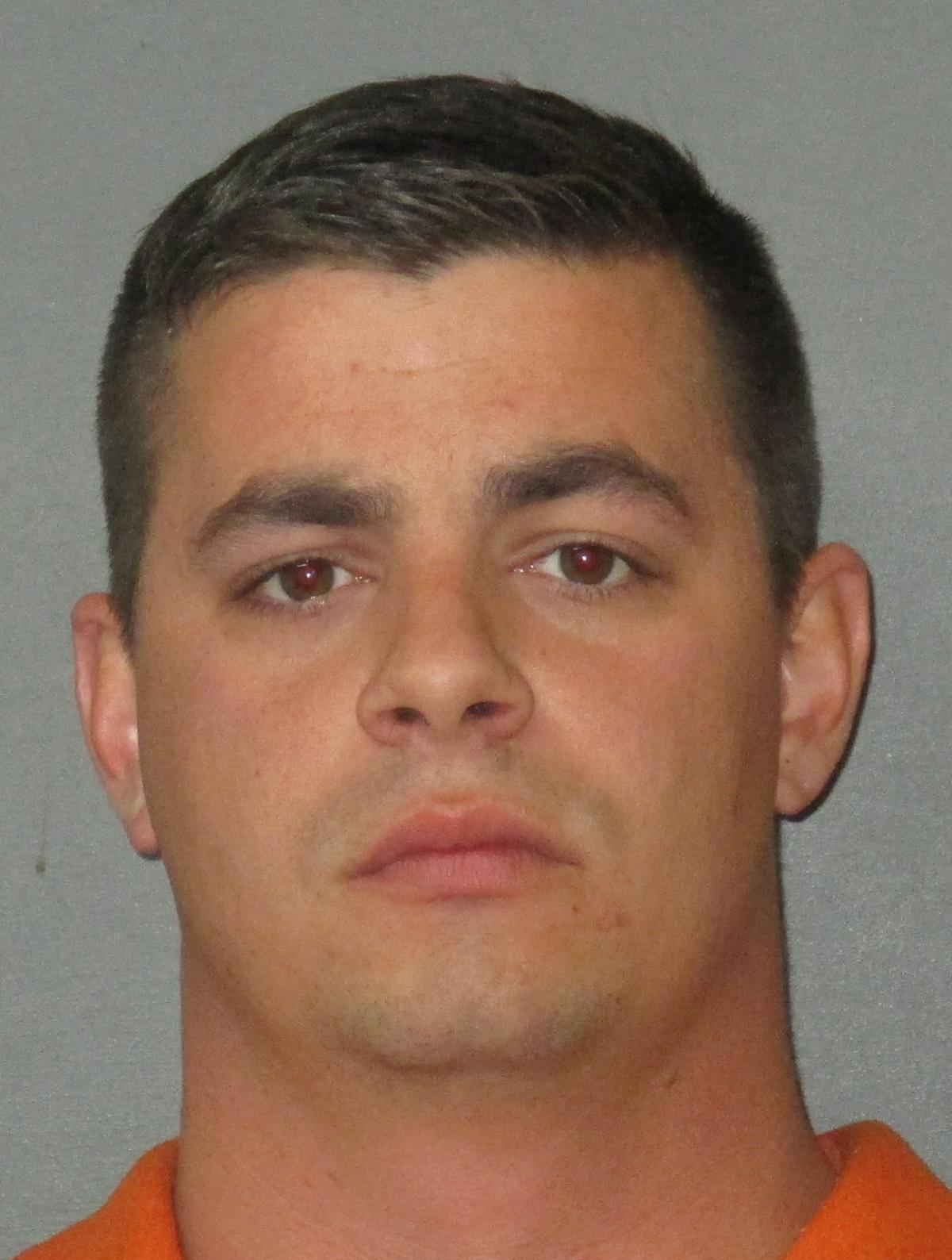 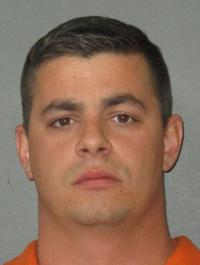 Robert Fain and his K9 Maily

A deputy with the State Fire Marshal's Office was arrested on animal cruelty and other counts after detectives determined his K9 partner slowly starved to death over several months while being deprived of routine medical treatment — a case of neglect authorities and veterinarians described as "extremely disturbing and horrific."

Robert Fain, 28, was booked Friday into East Baton Rouge Parish Prison on counts related to payroll fraud resulting in part from his apparent efforts to hide the dog's condition from his supervisors. Officials said he'll be transferred to Bossier Parish jail and booked there on animal cruelty. Fain resigned from the agency when he was arrested.

The dog, "Maily", died in October and officials with the agency said then that she "succumbed to a lengthy illness which she fought to overcome on a daily basis." But a necropsy at the LSU veterinary school later found her death was the result of "extreme emaciation and dehydration." The veterinarian who conducted the exam said in her report that, unless the death was intentional, the dog should have been euthanized because her condition was so extreme.

Maily had lost over half her body weight while under Fain's care, dropping from 75 pounds to 31 pounds in about two years, according to the man's arrest report.

Fain was a corporal with the State Fire Marshal's Office working in the Shreveport area.

"As a dog owner and former K9 handler myself, these findings make me sick," State Fire Marshal Butch Browning said in a Facebook post Friday morning. "We consider all of our K9 officers part of our law enforcement family and treatment of these animals as anything less is unacceptable. Outright neglect and abuse like this will not be tolerated or excused."

Browning said Fain's actions don't reflect the agency's treatment of its dogs, which often help arson investigators determine whether accelerants were used to start a fire.

The State Fire Marshal's Office said it's taking steps to review the K9 program in response to Maily's death. It's not clear how the dog's condition deteriorated dramatically over a long period of time without any of Fain's colleagues or supervisors becoming aware of the problem.

Maily was assigned to Fain in July 2017, at which point he also received six weeks of K9 training in Alabama, including instruction on how to properly feed and care for his new dog, investigators wrote in his arrest report.

The team received an award the following year at a national K9 conference, according to a news release at the time from the State Fire Marshal's Office.

But the dog's weight had begun dropping in the months after Fain started working with her and he took her to the vet for evaluations, changing her food multiple times in an effort to identify the cause. Then she was brought to LSU in August 2018 for more tests, which confirmed no clinical illness causing her weight loss.

Investigators said that was the last time Fain consulted veterinarians about Maily's condition despite their repeated efforts to contact him. During the next 14 months, Fain denied the dog "all health medication and treatments that any responsible pet owner would provide."

The veterinarian who examined Maily's body after her death said it was "the worst case she had seen in her 30 years of practicing medicine in which the K9 wasn't euthanized prior to the animal's death," according to the report.

Investigators also found that Fain had last used his state-issued credit card to purchase 15 pounds of dog food three months before Maily's death, an amount that was nowhere near enough to have sustained her over that time period.

When questioned about the last hours of the dog's life, Fain told investigators he returned home around 3 a.m. Oct. 13 after spending the previous day in Baton Rouge at an LSU football game. He said he brought Maily outside when he got home, and then tried to bring her out again around 6:15 a.m. He said he pulled her out of her kennel and attempted to stand her up, but she fell over. Then he "picked her up, placing her against his chest and she died in his arms a few minutes later," according to the report.

Authorities said another investigation was already underway at the time of Maily's death because Fain's supervisors suspected he was fabricating reports about whether he had used the K9 to assist in recent fire investigations.

A third arrest report shows he was receiving extra pay meant to compensate him for taking care of the dog — one hour per day — when he had her boarded at a kennel in Shreveport, which he paid for with his state credit card.

Fain faces one count each of aggravated cruelty to animals and malfeasance in office as well as six counts of first-degree injuring public records and four counts of theft and payroll fraud. He resigned from his job with the fire marshal's office upon his arrest.