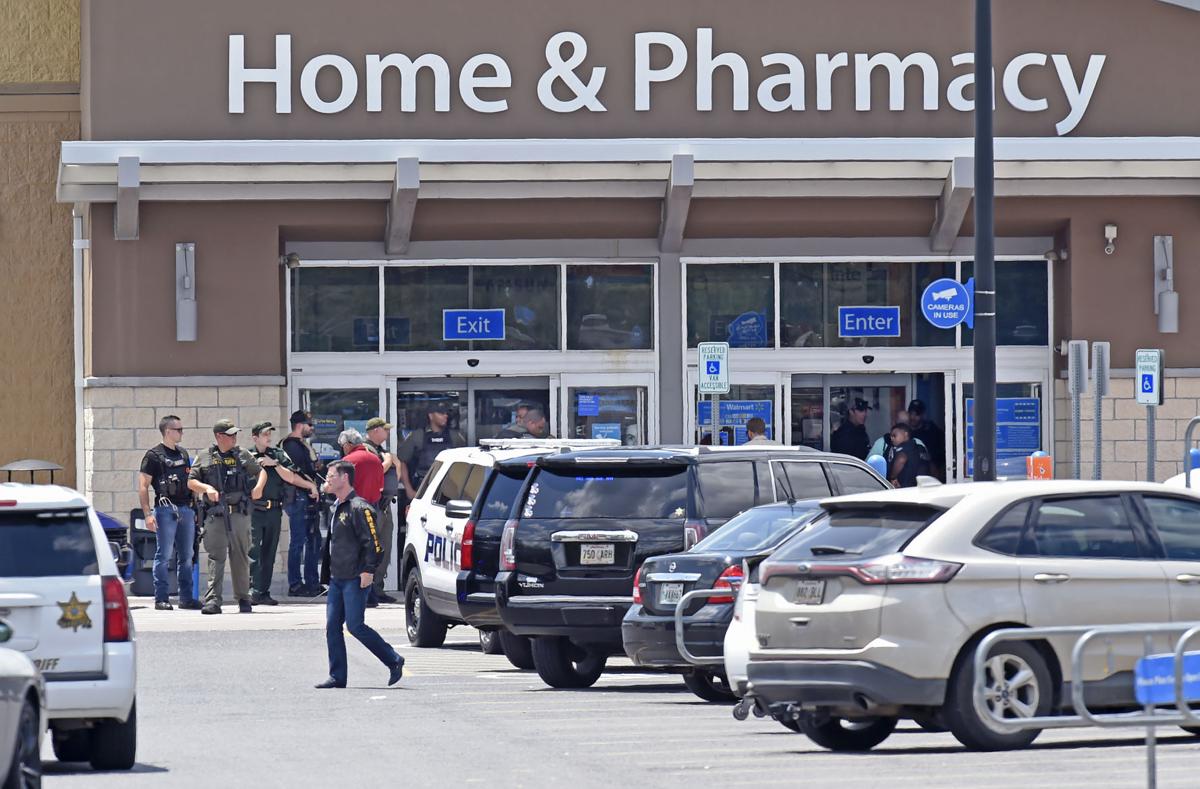 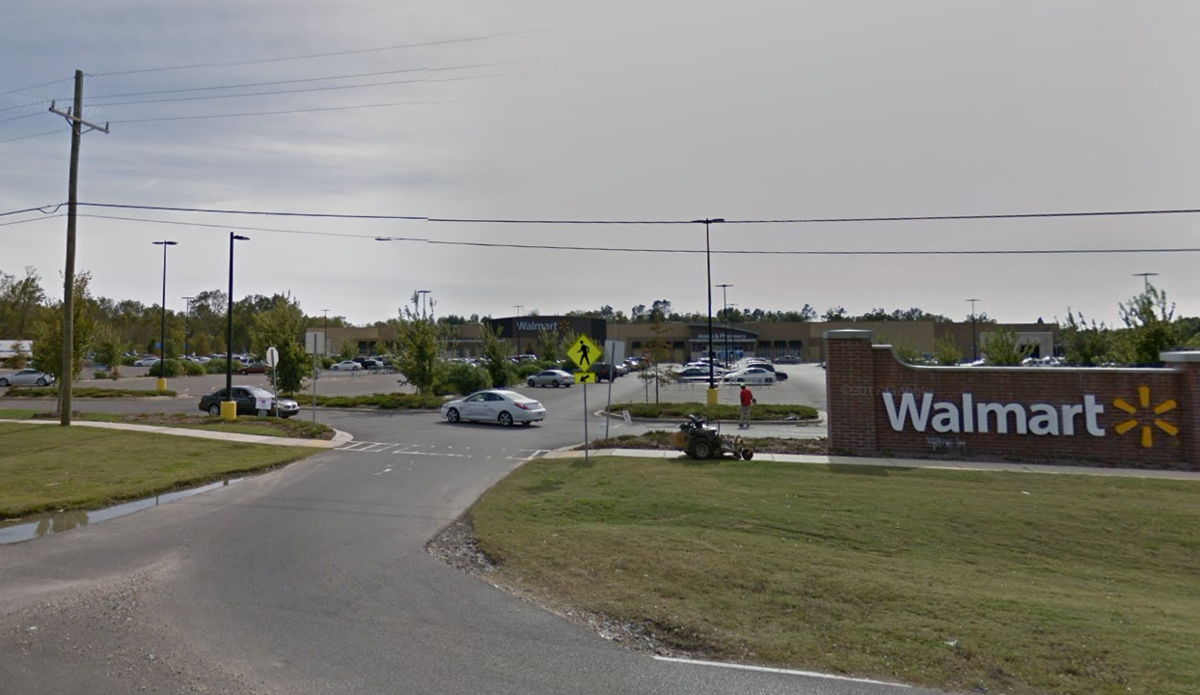 The Walmart on Burbank Drive in Baton Rouge. 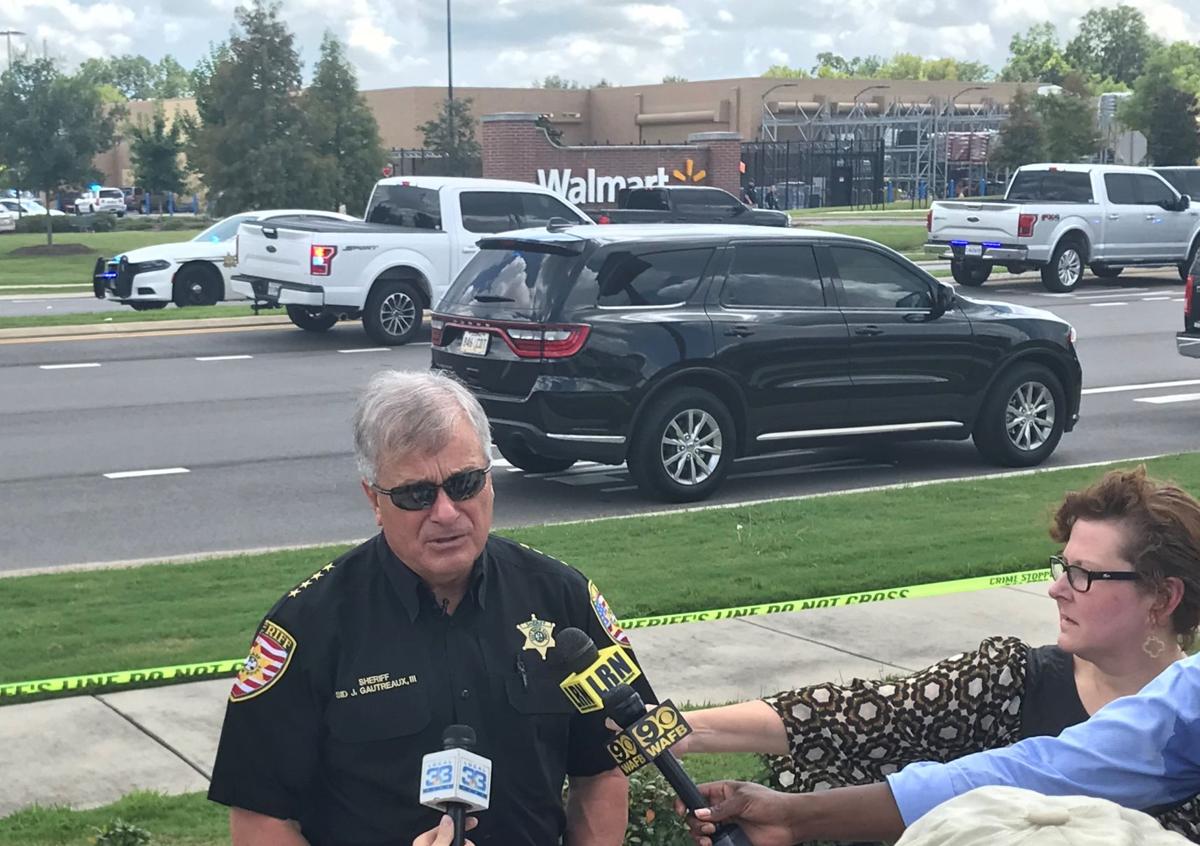 The Walmart on Burbank Drive in Baton Rouge.

A man who visited Walmart to buy his child a lunchbox Tuesday morning got caught in the middle of an altercation between two other patrons and was injured in the shooting that resulted, authorities said.

East Baton Rouge Sheriff Sid Gautreaux said there was never an active shooter situation despite initial reports that suggested otherwise. He said investigators believe two Walmart patrons got into an altercation while standing in the store's customer service line and both pulled guns out on each other.

Gautreaux said investigators believe only one fired his weapon, striking the victim who was waiting to purchase the lunchbox and was not involved in the altercation. The incident occurred late Tuesday morning at the Walmart on Burbank Drive and the victim was brought to the hospital in a private vehicle.

He's being treated at Baton Rouge General Medical Center and is currently in fair condition, according to hospital spokeswoman Katie Johnston. Gautreaux said the man was hit multiple times by gunfire, but they believe his injures are not life threatening.

At Baton Rouge Walmart, argument with scissors and gun causes 'panic' in a 'nation on edge'

[UPDATE: One arrest made, one cited for altercation]

However, East Baton Rouge Sheriff's officials said at about 2 p.m. Tuesday — after Gautreaux addressed local media and shared the details about the altercation then shooting — that information is still being gathering and vetted as they determine exactly what happened in this incident.

"Initial information given to Sheriff’s investigators by witnesses exiting the store may not be accurate," a Sheriff's spokeswoman wrote.

The sheriff said one of the men they believe was involved in the altercation has been apprehended by law enforcement, but the other alleged gunman remains at large. He said investigators believe the suspect who remains at large is the one who fired the shots — a man of slight build wearing a black shirt and black shorts and driving a light colored sedan.

"This was not an active shooter," Gautreaux said Tuesday. "Thank God this wasn't anything near what happened in El Paso."

However, Walmart employees were issued a "code red" signal, which means an active shooter situation, after the call went out about the shots fired, said Walmart department manager Porcha Videau. She joined dozens of other store employees as everyone ran from the store and gathered at a gas station across the street while law enforcement processed the scene.

One woman had been enjoying her day off when she saw news alerts that her coworkers were being evacuated because of a shooting, so she drove over to provide moral support and make sure they were all safe.

Videau said employees had undergone active shooter training the day before following a gunman's attack on an El Paso Walmart this past weekend that killed 22 and injured more than two dozen others.

"I had just got back from my lunch break when people started yelling 'code red' and I just started running. I went into panic mode. We all did — people with kids, babies, just running," she said. "Even with all the recent shootings, you think it will never happen at your Walmart. But it can happen anywhere."

[UPDATE: One arrest made, one cited for altercation]

Initially, there was little confirmation about what had happened in the store as law enforcement surrounded the scene.

"It's a big, active scene, but we haven't found any victims at the moment," East Baton Rouge Emergency Medical Services spokesman Mike Chustz said just after noon. He clarified that there was not an active shooter but officials were still trying to figure out what happened.

Gautreaux said investigators are still working to determine whether the two men involved in the altercation knew each other, and what started their fight. He said he's thankful the outcome wasn't worse and was impressed with how law enforcement responded to the scene: "You can never be too prepared, but today I was very pleased with the response."

Possibly the shooting suspect at Baton Rouge Walmart. Driving past Walmart on Burbank where police had a man on ground. Have no clue if person is suspect, but guns were drawn. Will update if possible pic.twitter.com/aW4fGDNX2B

Photos: One injured in altercation between two shoppers at Walmart on Burbank in Baton Rouge