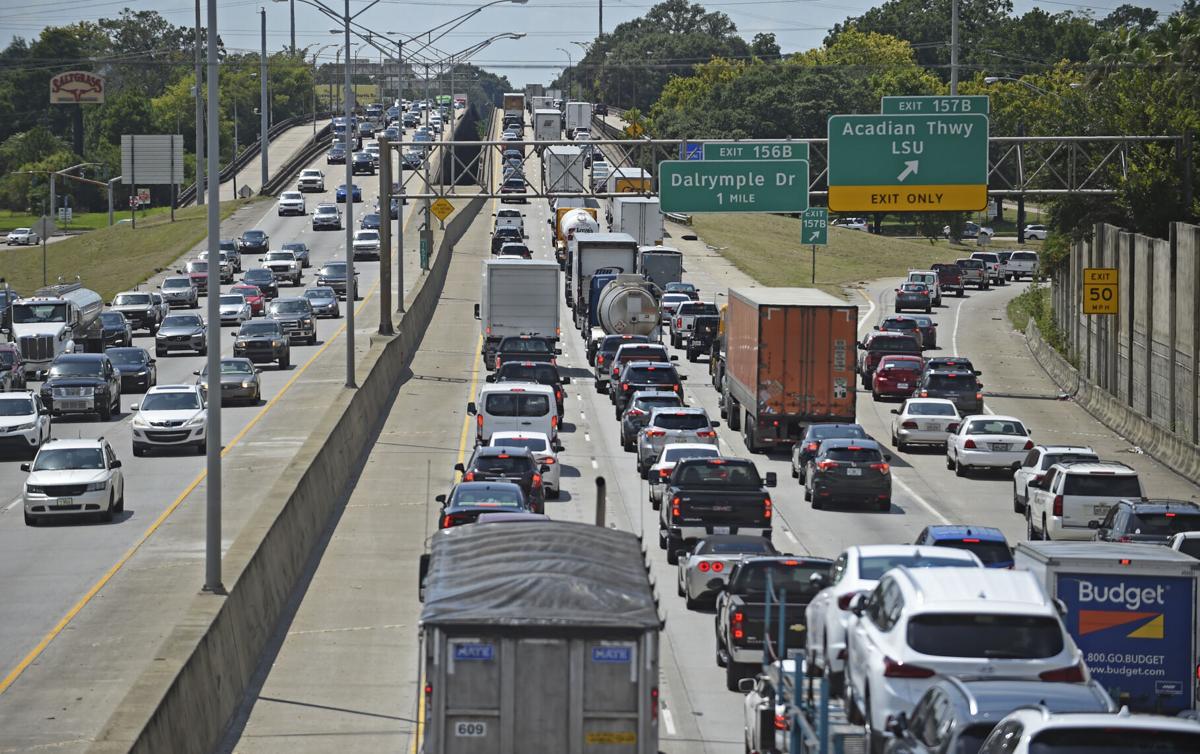 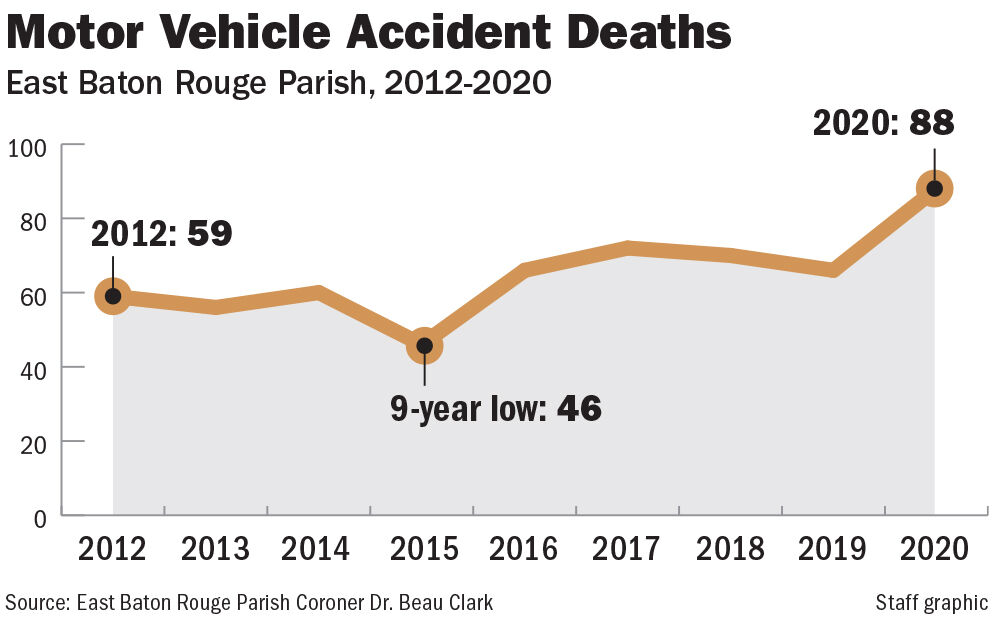 The year 2020 saw Baton Rouge's highest number of traffic deaths in almost a decade, despite the coronavirus keeping people indoors for much of the year.

There were 88 accidental motor vehicle deaths in the parish in 2020, according to Dr. William “Beau” Clark, the East Baton Rouge Parish coroner. It’s the highest number of traffic deaths since Clark began tracking the fatalities in 2012.

The Baton Rouge Police Department’s Traffic Homicide division has older data for fatal wrecks within city limits, and officials said their numbers for 2020 are the highest since at least 2001.

"Year to year, you always have a month here or there where you have a higher number of cases than the average," said Sgt. James Pittman, head of this division. "I tell the guys, 'Don’t panic, it’s going to average out to between 50 or so a year.' When we got to about the halfway point in July and it was staying above normal, we started to believe it was going to be a different year."

The dead include 63-year-old Susan Ann Long, who was struck by a Honda Civic while crossing Florida Street in a mobility scooter; 11-year-old Wayne Ford, who died after a box truck slammed into his vehicle that had stalled with engine failure on US Hwy 61; and 73-year-old Ulysses Williams, who was killed when a red Toyota pick-up truck hit him as he attempted to cross the road on Airline Highway.

"Right now, the only outlier is the COVID pandemic," Pittman said.

For those tempted to say lockdown resulted in fewer fatal crashes, the coroner’s data from those first few months of coronavirus anxiety show that, between March and June, there were actually almost 10 more motor vehicle deaths than the previous year.

Notably, those higher rates continued throughout the year, but were also present even before Louisiana recorded its first coronavirus case.

Causes for the rise in traffic fatalities are difficult to parse, according to Pittman. But he points out that non-fatal crashes dipped considerably even as fatal crashes rose. Overall, there was a 40% reduction in crashes, which is likely evidence of fewer cars on the road.

“There was less traffic, so people felt the freedom to drive faster and more recklessly,” Pittman suggested.

Pittman also said there have been 24 pedestrian deaths this year, when normally the final tally is around 15 or 16.

Without hard evidence, he speculated that a high rate of unemployment might have led to more people walking around because they couldn’t afford a vehicle anymore. Some may have turned to alcohol or drugs to cope with stress from the pandemic and were out on the streets walking instead of remaining at home.

But Pittman noted that it's difficult to determine why exactly some years are worse than others for deadly wrecks.

"I think it’s just maybe coincidence — a trend where we see a couple of years spike, then it comes back down," Pittman said. "I’ve been in this unit since 2001 and I haven’t seen anything that’s obvious that makes the fatality rate go up and come down."

Prior to 2020, the most recent record for traffic fatalities was 72 motor vehicle deaths in 2017, according to the coroner's office. That was the same year the parish saw homicides skyrocket following previous months of civil unrest and community upheaval from catastrophic flooding. That homicide record was also eclipsed last year.

"We really won’t know what’s the cause until we get a couple more years after this," Pittman said. "When we start getting back to normal, do the numbers start going back? So we can kind of point to the pandemic being a potential player in this."

The new year is too fresh to pick out any patterns — though this past week began with several particularly violent crashes.

Pittman said the largest contributor to traffic fatalities are speed and distracted driving, so slow down and focus while behind the wheel.

"And being in a hurry — where you’re running late for work, your mind is on something else, and you’re trying to rush to get somewhere," he said. "You come up to that stop sign, you stop, but maybe not look, and then you go without really looking to see what traffic is doing before you enter that roadway."

He added that cell phone use is another significant contributor to crashes. Avoiding scrolling through social media or texting is the best way to avoid distracted driving, he said.

Finally, wearing a seatbelt remains one of the best things someone can do to stay safe while driving in the hopes that 2021 won't be as deadly as its predecessor.