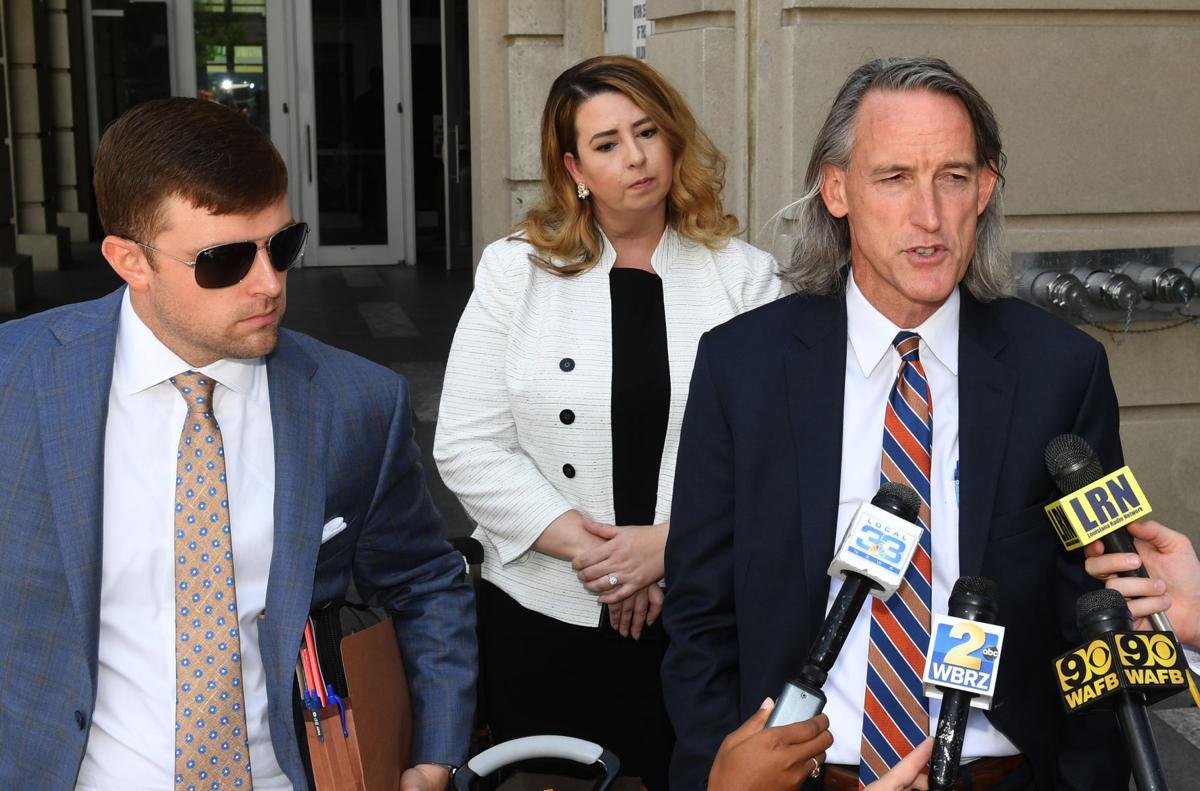 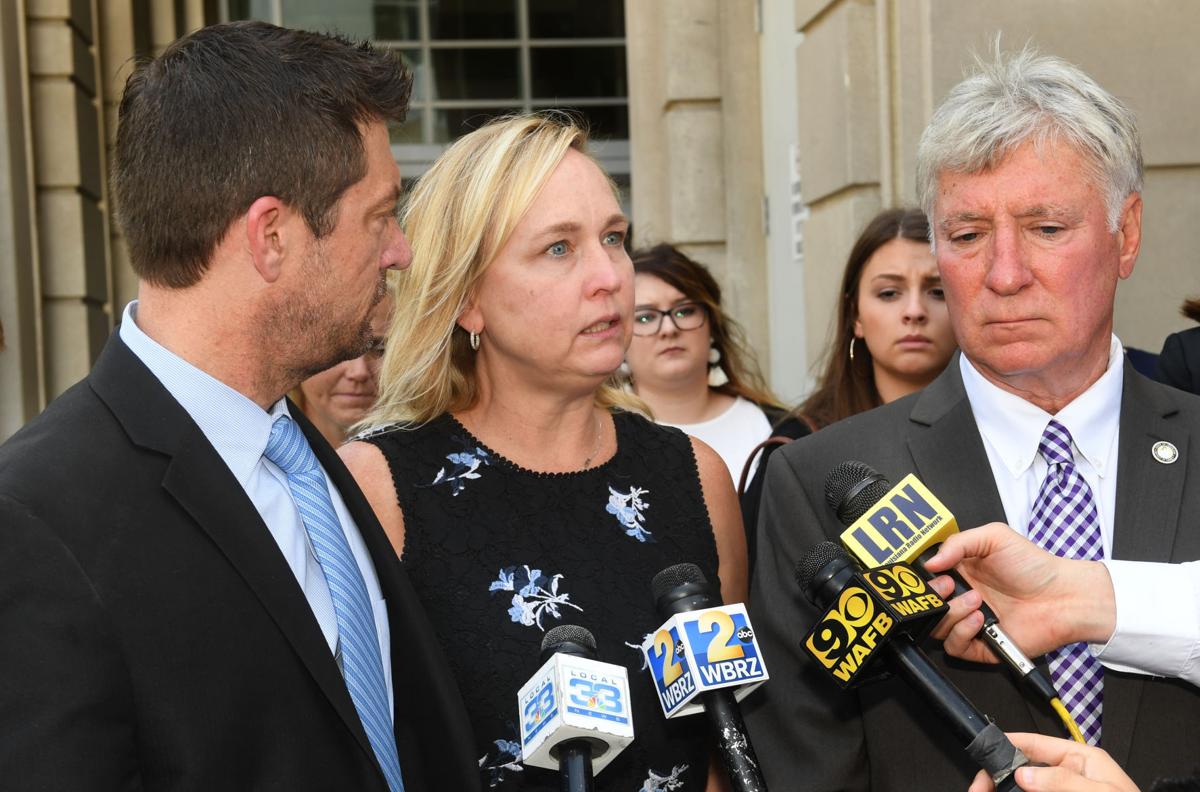 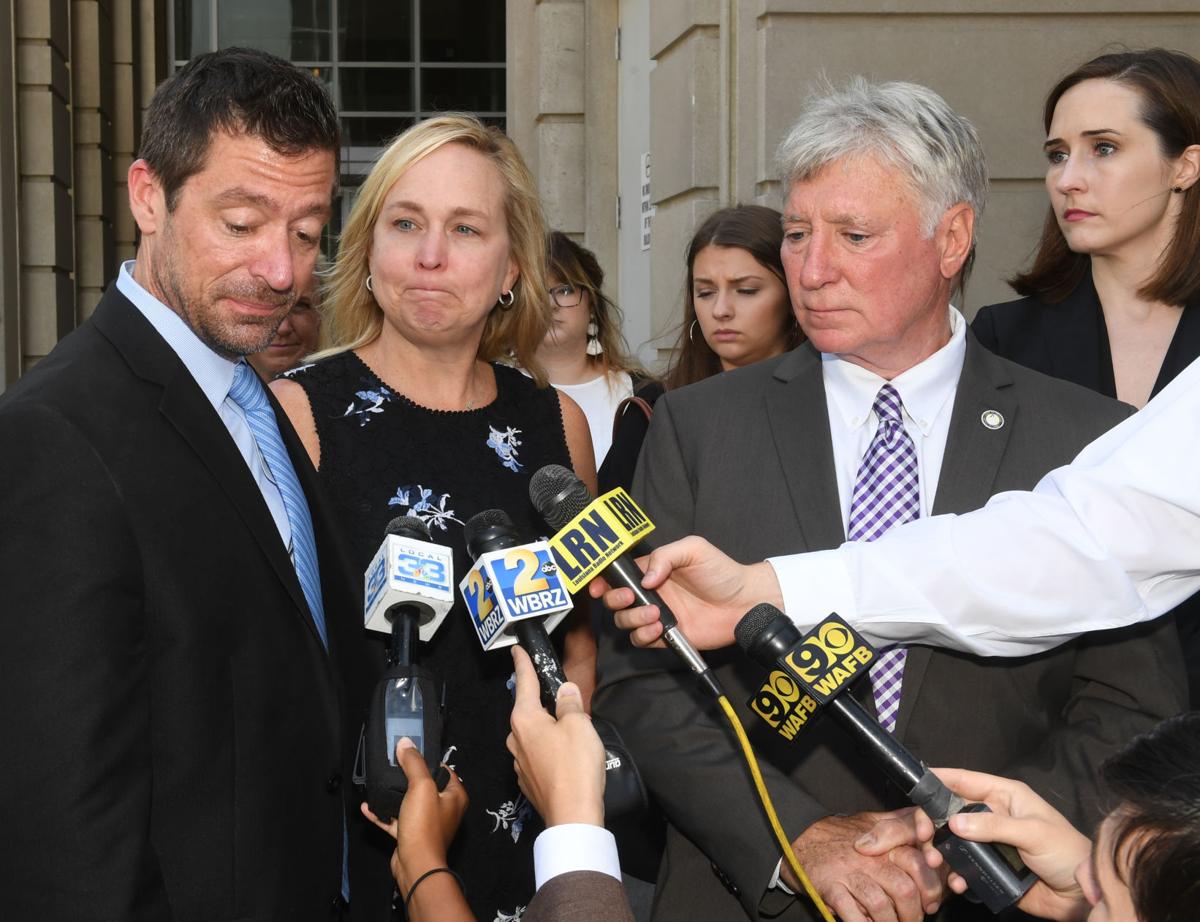 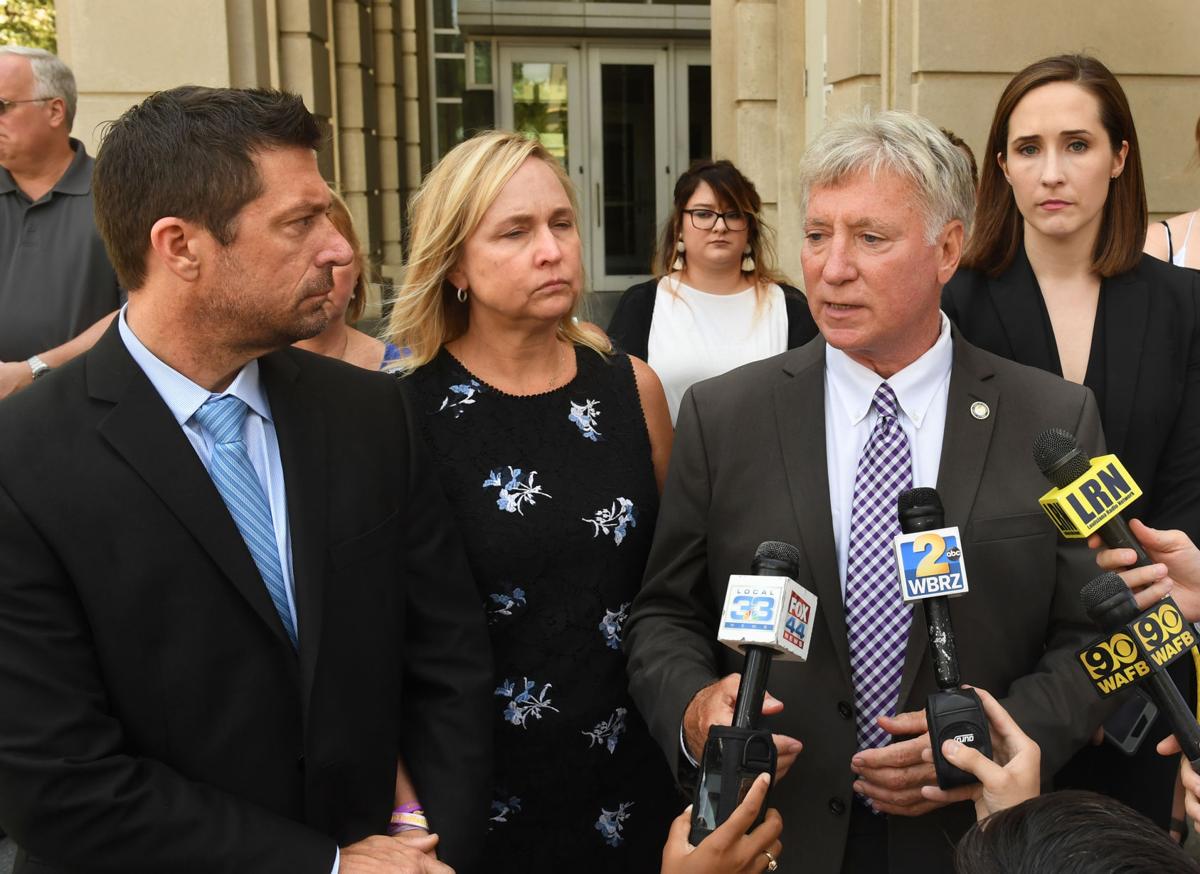 The six jurors decided the case quickly Wednesday, taking about an hour to convict 21-year-old Matthew Naquin. Sentencing was scheduled for Oct. 16. Naquin faces anywhere from probation to five years in prison.

Gruver, of Roswell, Georgia, had been at LSU a month when he died of alcohol poisoning in what authorities have described as a hazing ritual — dubbed "Bible study" — at the Phi Delta Theta fraternity house.

"The goal here is stop hazing of any sort, but definitely to stop hazing that leads to death," East Baton Rouge District Attorney Hillar Moore said outside the courtroom Wednesday.

Max Gruver's parents on conviction of ex-LSU student Matthew Naquin: 'It's justice for our son'

Moments after former LSU student and fraternity member Matthew Naquin was found guilty in the 2017 hazing death of Max Gruver, members of Gruv…

Prosecutors said Naquin, from Fair Oaks Ranch, Texas, was primarily responsible for Gruver's death, but while testifying for the defense Gruver's former LSU roommate said Tuesday that Gruver was frequenting bars and missing classes throughout his brief time at LSU. James Patrick Canter, who pledged Phi Delta Theta with Gruver, said he could tell Gruver “had not had much experience with drinking.”

Naquin has also been charged with obstruction of justice for allegedly deleting hundreds of files from his phone during the criminal investigation and after a search warrant had been issued for the phone, but he was not standing trial on that charge this month.

"We want this to send a message to the country that hazing should not exist," Stephen Gruver, Max's father, said Wednesday. "It's dangerous and we have to all work together to bring an end to hazing."

"It won't bring Max back... it's not something we're ever going to be happy about but at the same time it's justice for our son and for the man who caused his death," Rae Ann Gruver said Wednesday.

After Matthew Naquin found guilty in Max Gruver's death, here's what his sentence could be