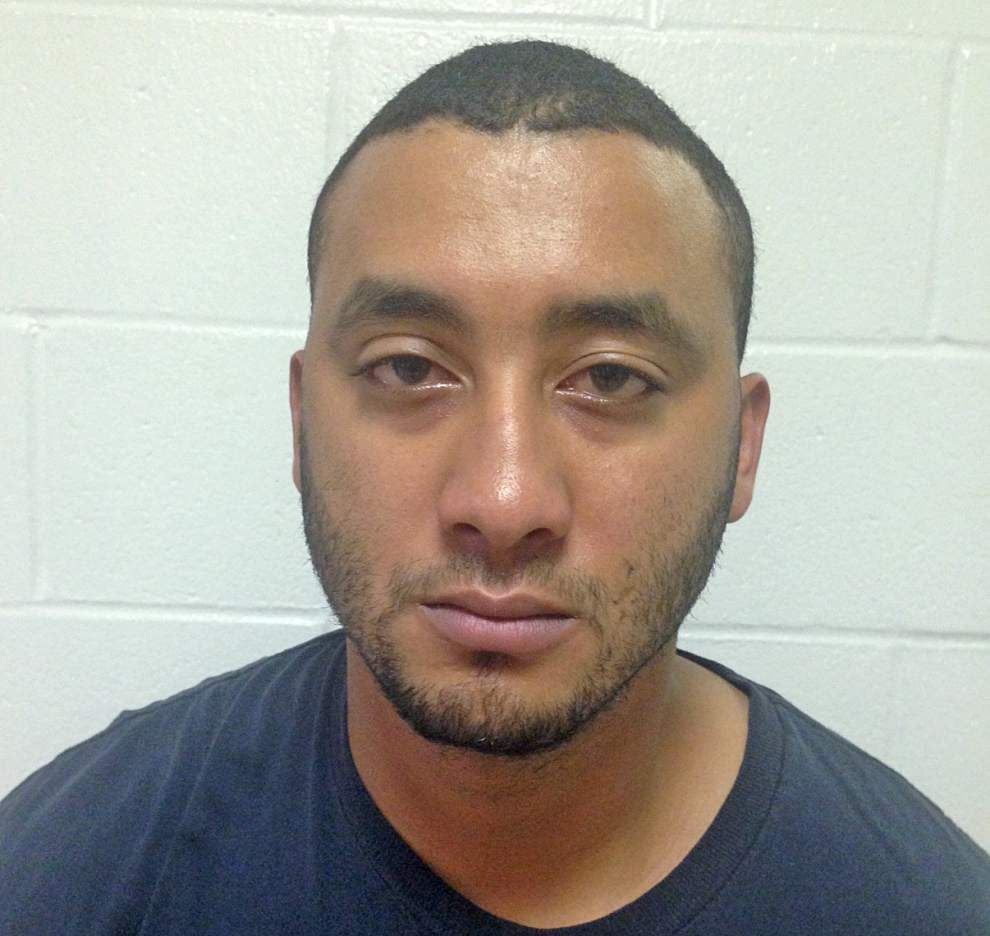 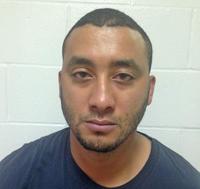 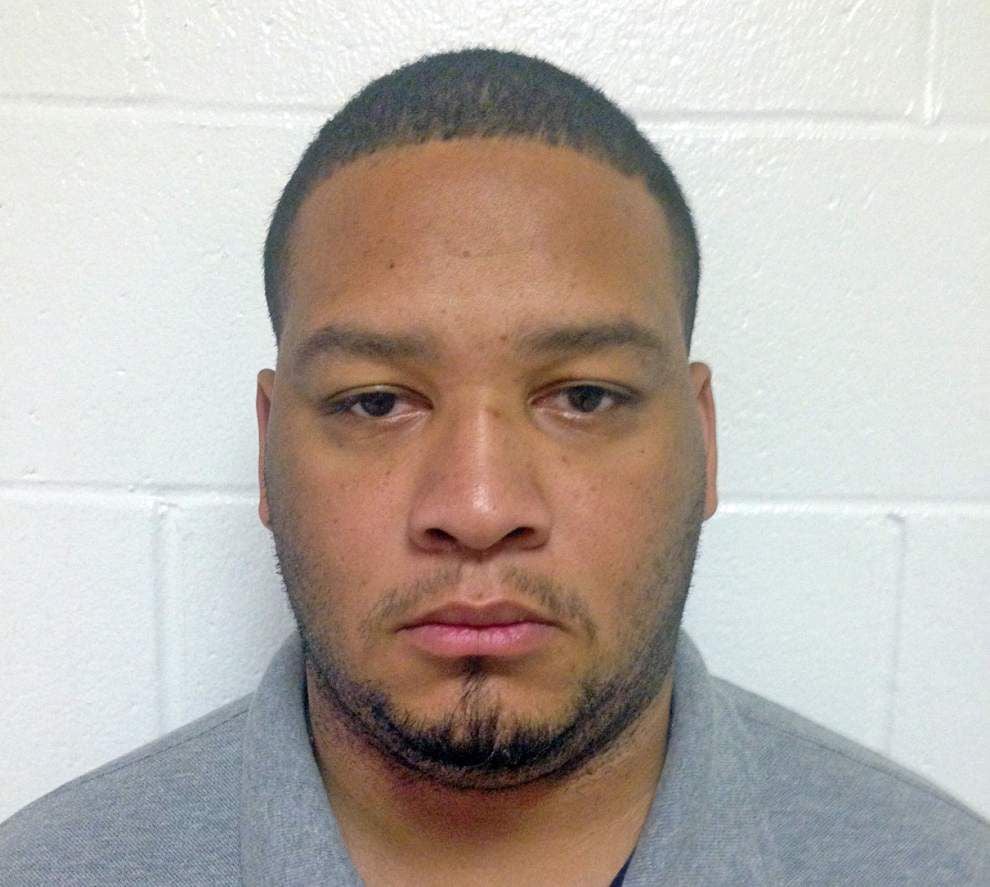 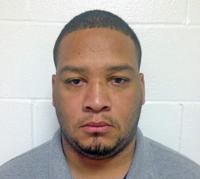 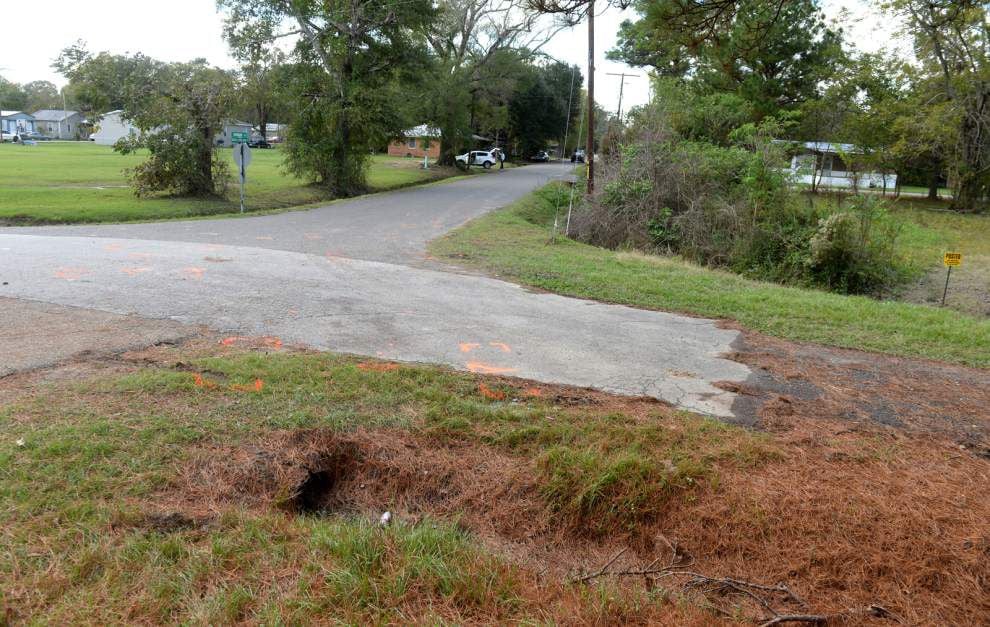 Advocate file photo by PATRICK DENNIS -- The intersection near the Marksville State Historical Site where Marksville Ward Marshals chased a man in his car Tuesday night before deputy marshals opened fire, injuring the driver and killing his 6-year-old son. 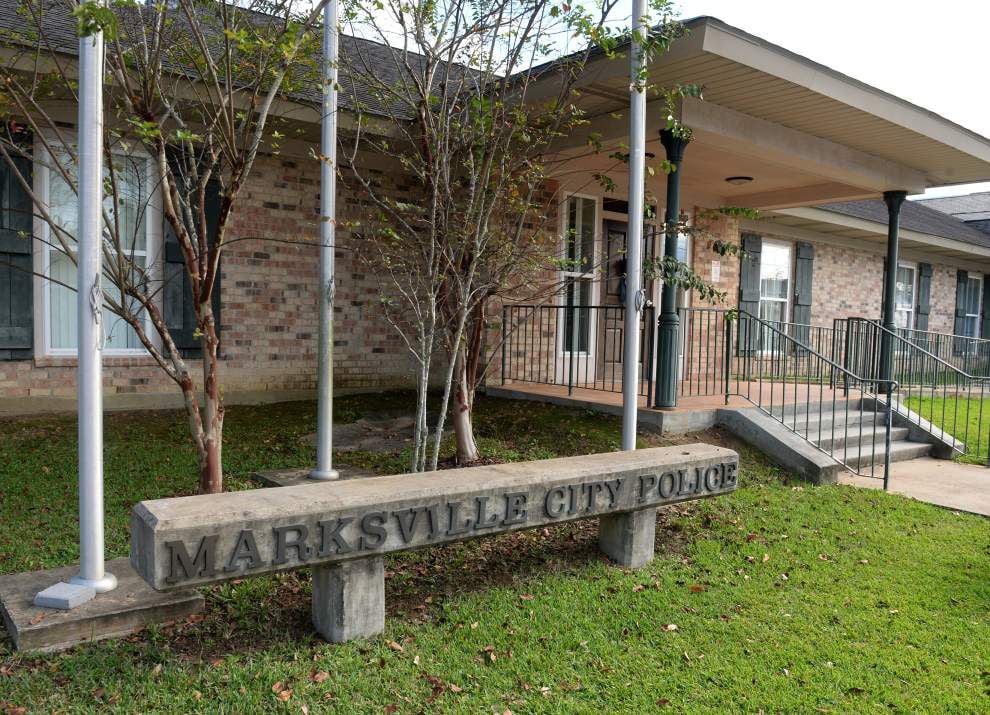 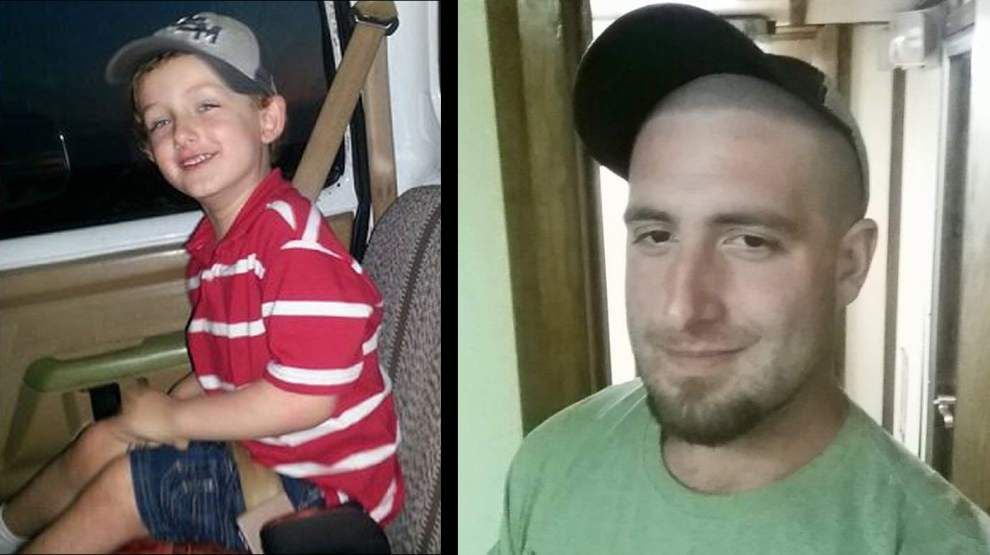 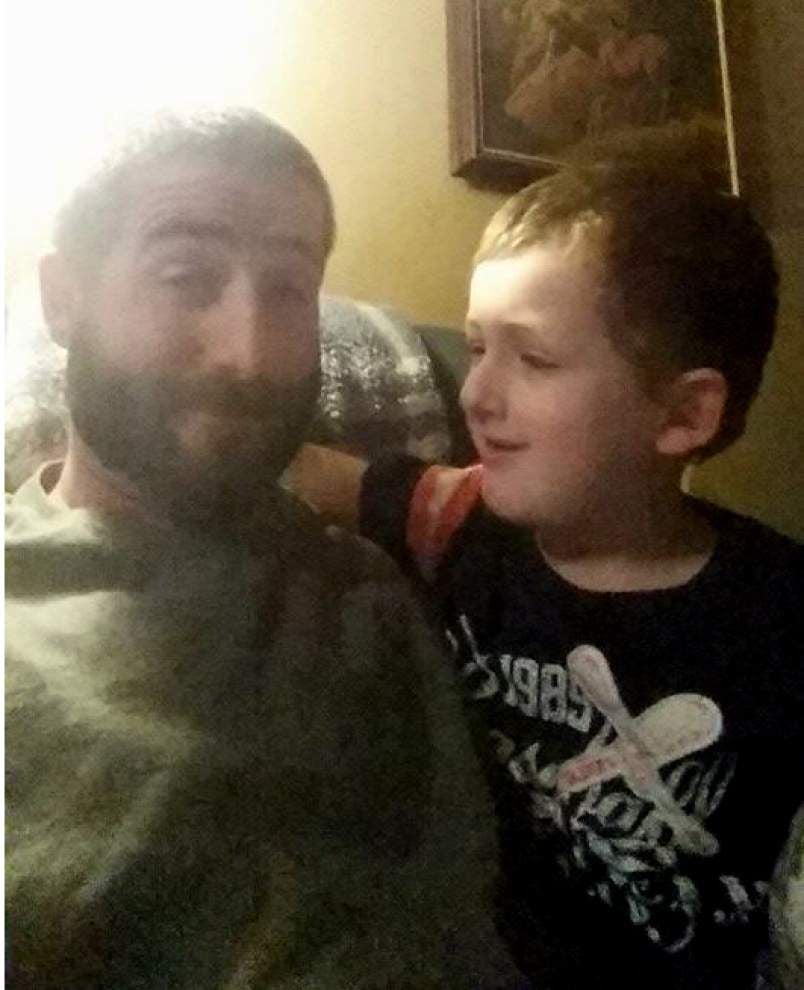 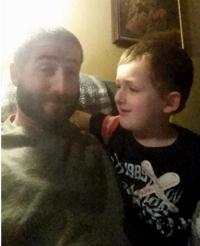 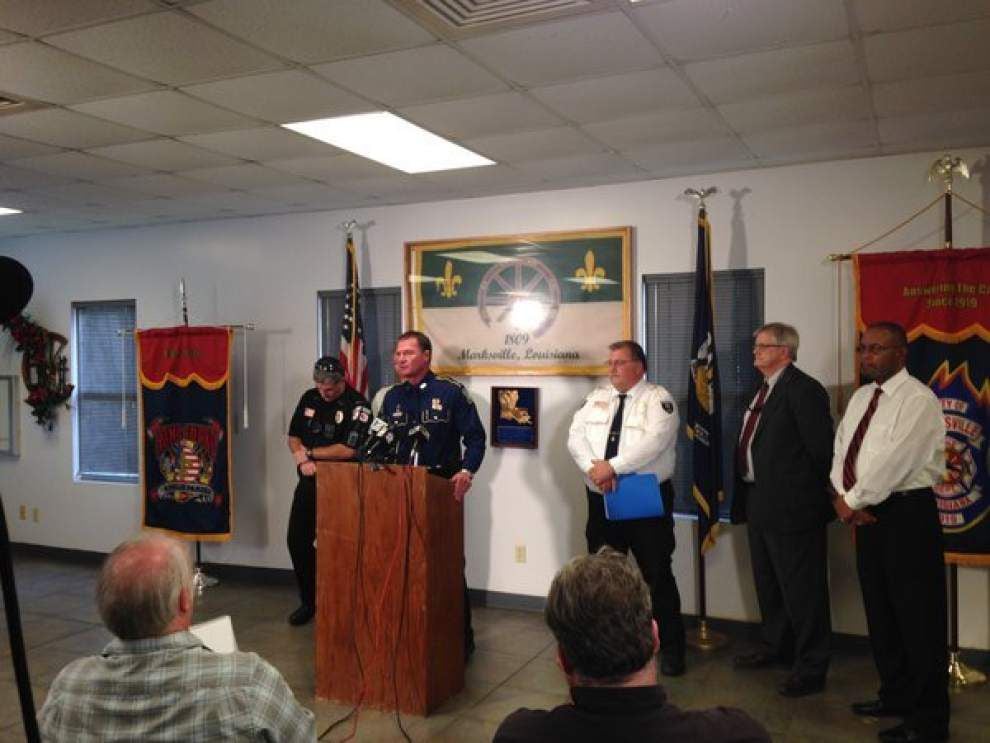 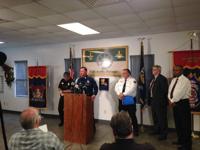 Advocate staff photo by Bryn Stole -- Col. Mike Edmondson of the State Police speaks to the media Thursday during a news conference on the deadly shooting Nov. 3, 2015, in Marksville. 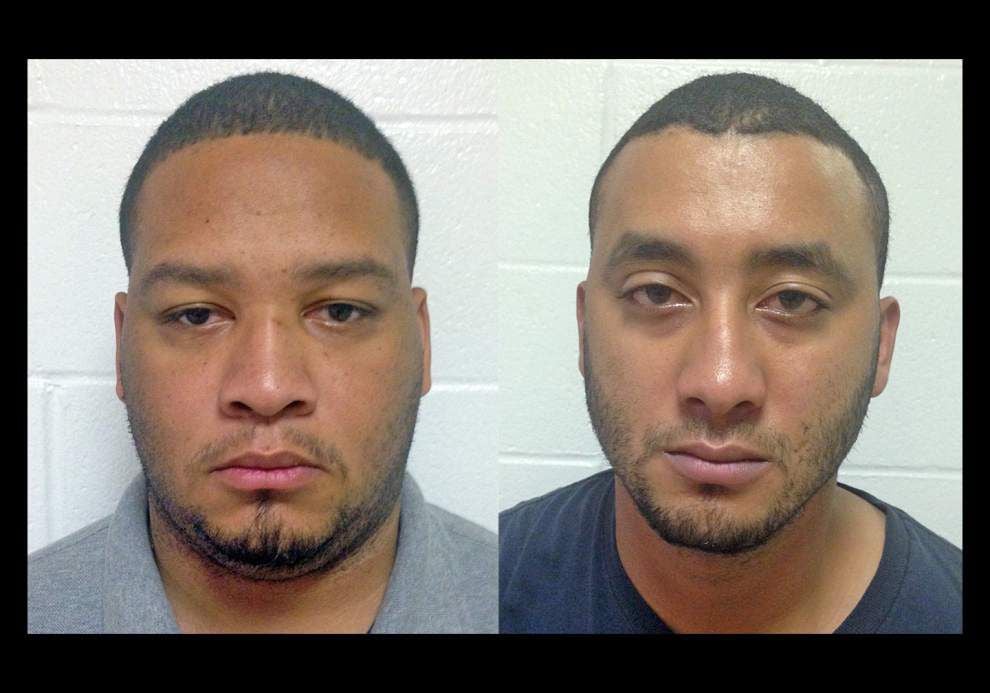 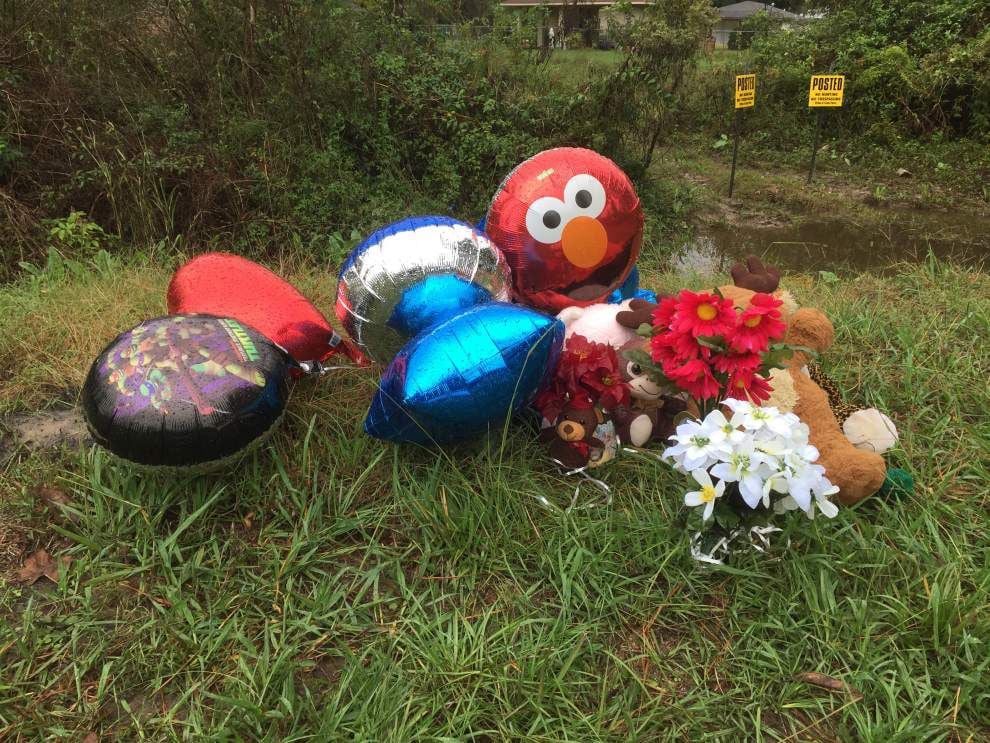 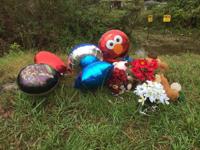 Advocate staff photo by Hilary Scheinuk -- Balloons and flowers form a makeshift memorial at the spot where 6-year-old Jeremy Mardis was killed and his father wounded in a police shooting Tuesday night in Marksville.

Advocate file photo by PATRICK DENNIS -- The intersection near the Marksville State Historical Site where Marksville Ward Marshals chased a man in his car Tuesday night before deputy marshals opened fire, injuring the driver and killing his 6-year-old son.

Advocate staff photo by Bryn Stole -- Col. Mike Edmondson of the State Police speaks to the media Thursday during a news conference on the deadly shooting Nov. 3, 2015, in Marksville.

Advocate staff photo by Hilary Scheinuk -- Balloons and flowers form a makeshift memorial at the spot where 6-year-old Jeremy Mardis was killed and his father wounded in a police shooting Tuesday night in Marksville.

Local deputy marshals Lt. Derrick Stafford, 32, and Norris Greenhouse Jr., 23, were on the scene when officers fired at least 18 rounds at an unarmed man and his son Tuesday night in Marksville, authorities said, after cornering the driver for unknown reasons following a chase.

State Police Superintendent Col. Mike Edmonson, who announced the arrests late Friday night as part of his agency’s investigation of the shooting, said of body camera footage of the incident: “It is one of the most disturbing scenes I have seen.”

Key details of the deadly episode remained a mystery even to the investigators early Friday, as two of the four agents in the event refused to speak to authorities 72 hours after the killing, prompting a rare public expression of misgivings toward officers by a law enforcement counterpart.

“It’s more concerning the longer it takes (for them) to talk to us,” said Edmonson earlier Friday. “All we want to know is what happened.”

Had his own troopers been involved in a similar altercation, he said, “we would have already interviewed them.”

Edmonson declined to say whether Stafford and Greenhouse were the two who were silent.

“Tonight is about Jeremy Mardis,” he said, referring to the first-grader shot to death. “That young man did not deserve to die like that.”

Jeremy was still in his seat belt at the time.

“That little boy was buckled in the front seat of that vehicle — and that is how he died,” Edmonson said.

Stafford, Brouillette and Parnell are full-time Marksville police officers, Smith said. Greenhouse is a reserve Marksville officer and a deputy marshal with the Alexandria City Marshal’s Office, Smith said. All have been placed on administrative leave, he said.

Stafford, Brouillette and Greenhouse were moonlighting for the local marshal’s office at the time of the shooting, Smith said.

Avoyelles Parish District Attorney Charles A. Riddle III said due to a relationship between one of the accused and an assistant district attorney in his office, his team will recuse themselves from the case.

No use-of-force policy exists for the Marksville Police Department, said Smith, nor are there guidelines on shooting at vehicles, a practice frowned upon by the International Association of Chiefs of Police, an umbrella agency for law enforcement groups.

Voinche is not certified by the Peace Officer Standards and Training Council, according to the Louisiana Commission on Law Enforcement. All full-time officers are required to undergo the basic training and certification, but it’s legal for elected leaders of police agencies to not be certified.

On Tuesday night, three of the officers stopped an SUV driven by 25-year-old Christopher Few, claiming they were pursuing a warrant, Edmonson said earlier Friday. “No warrant has materialized,” he said.

The officers, later joined by a fourth, trapped Few’s vehicle at the intersection of Martin Luther King Drive and Taensas Street in Marksville, a crossing allowing through traffic, contrary to some reports that said it is a dead-end.

Investigators found evidence of at least 18 rounds fired from two officers’ weapons in the direction of Few and his young son, Edmonson said earlier Friday, adding that there was no gun in Few’s SUV.

Few remains in critical condition, Edmonson said. He declined to say if the other two officers fired any shots, which of the lawmen initiated the chase or why, and whether the body camera footage police are now analyzing captures the entire event or only the aftermath.

Edmonson also said he couldn’t confirm reports that Few tried to back his vehicle into the officers.

Smith, along with officers Stafford and Greenhouse, are among the targets of a federal use-of-force lawsuit filed in July by Ascension Parish resident Ian Fridge, who said he was tackled by officers, who also used a stun gun on him, in Marksville last year at an Independence Day festival. A gun rights advocate, Fridge said he was grabbed from behind by officers while openly carrying a weapon as the lawmen taunted, “you’re definitely not a local boy,” according to a complaint filed in the U.S. District Court for the Western District of Louisiana. Fridge also said the officers took his cellphone and deleted his recording of the incident.

Smith did not respond to requests for comment on the lawsuit.

Stafford is an eight-year veteran of the force, while Brouillette has served 13 years, and Parnell, five years, Smith said. He did not provide information on how long Greenhouse has served as a reserve Marksville officer, but Louisiana Commission on Law Enforcement records show he was POST-certified in 2011.

The issue of whether it’s OK for officers to fire at a moving automobile can provoke different answers about police use of force.

Bob Wertz, a law enforcement training officer with the Louisiana Commission on Law Enforcement, said when it comes to shooting at vehicles, he defers to the policies of individual departments.

While Smith said his organization has no such guidelines, he offered that the Police Department does have some rules but did not provide them.

“The bigger question is, was there a threat posed?” Wertz said.

“Firearms shall not be discharged at a moving vehicle unless a person in the vehicle is immediately threatening the officer or another person with deadly force by means other than the vehicle. The moving vehicle itself shall not presumptively constitute a threat that justifies an officer’s use of deadly force. An officer threatened by an oncoming vehicle shall move out of its path instead of discharging,” says its policy, revised in 2006.

Edmonson said the probe is continuing and implored the public to contact State Police with information about the case.

“Nothing is more important than this badge that we wear on our uniform,” Edmonson said. “And tonight that badge has been tarnished.”