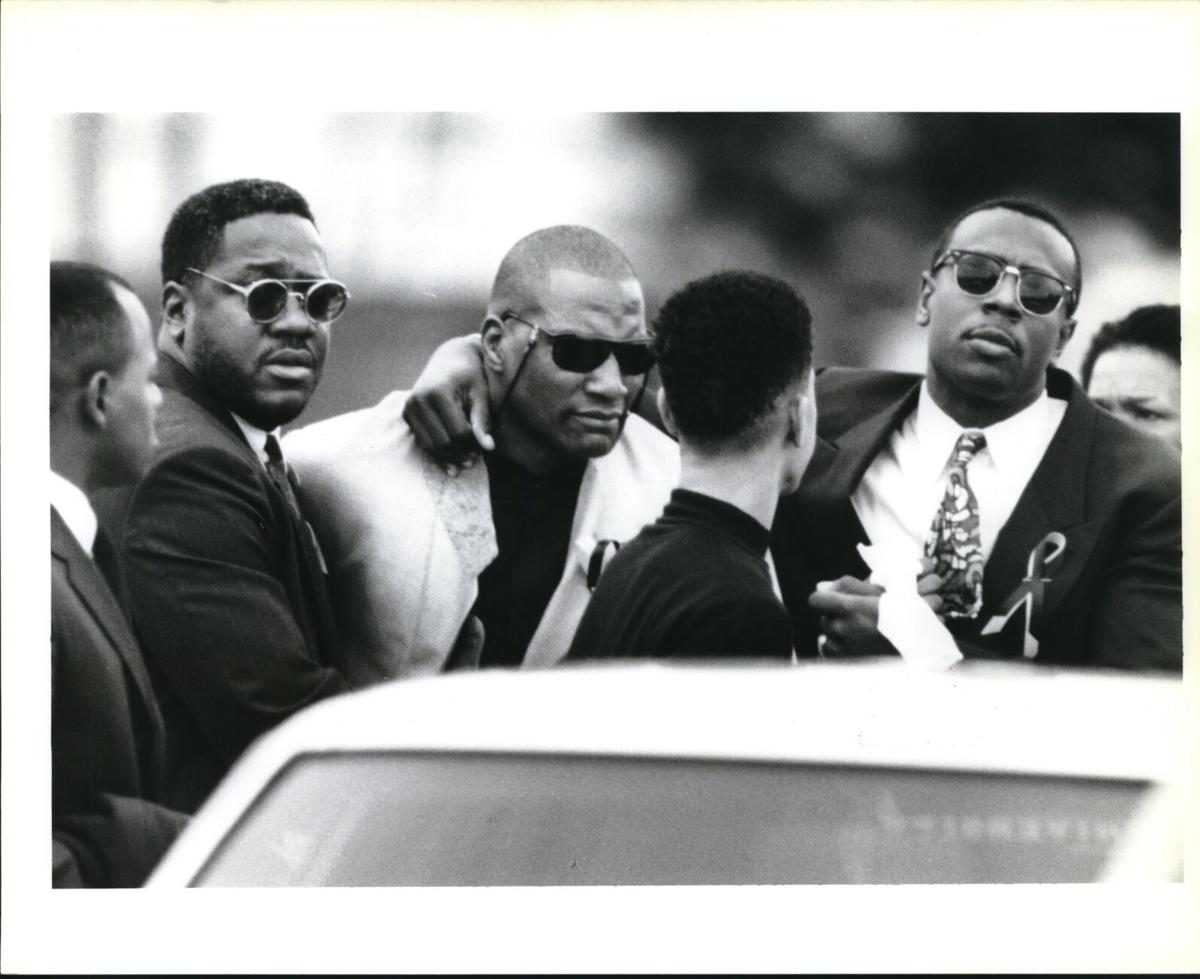 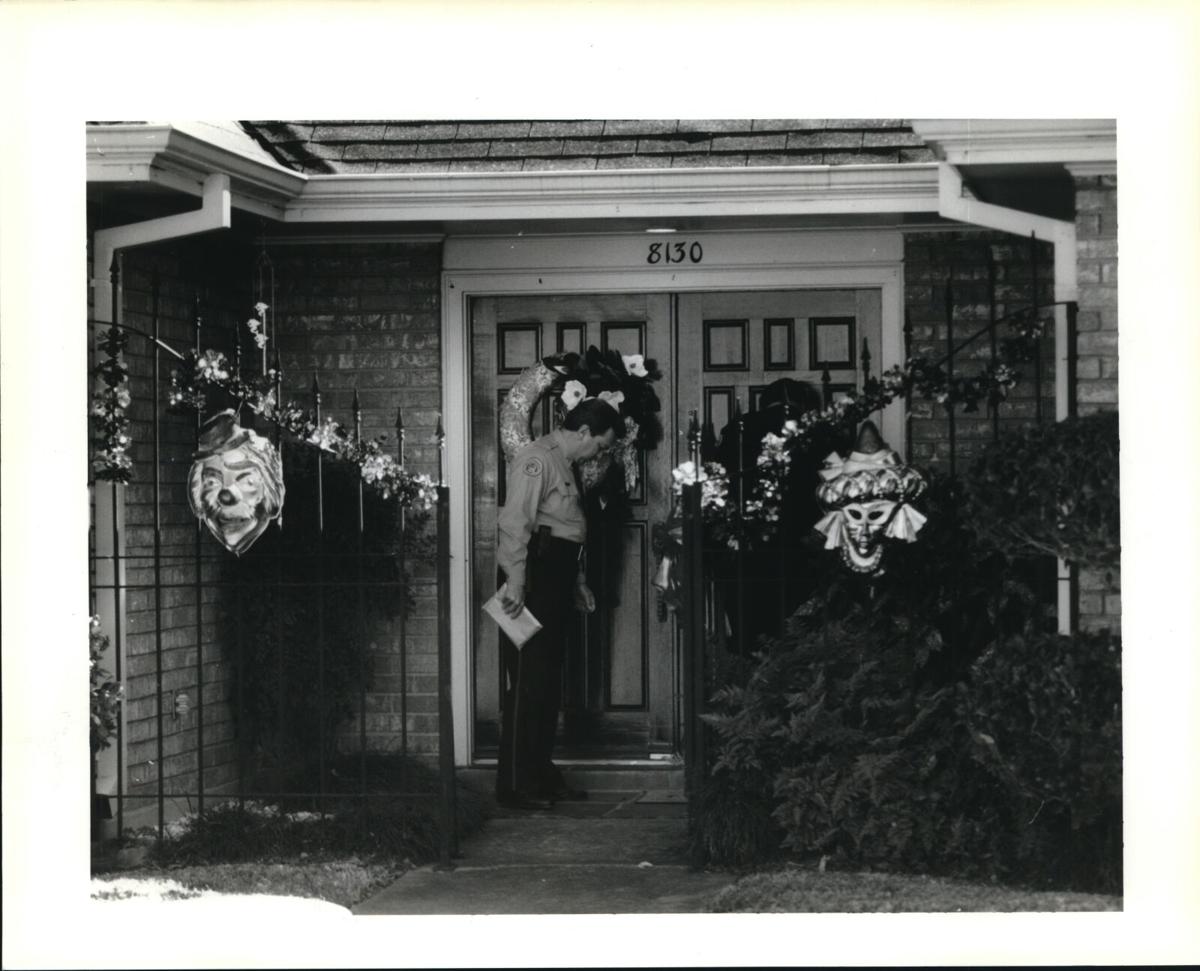 Tangie Thompson - Cop outside home of Bennie Thompson's ex-wife --- A New Orleans policeman waits to be let in at the residence of former wife of Ex-Saint player, Bennie Thompson. She and her son, and a friend was found dead at 8130 Morrison Road. --- Home of Tangie Thompson 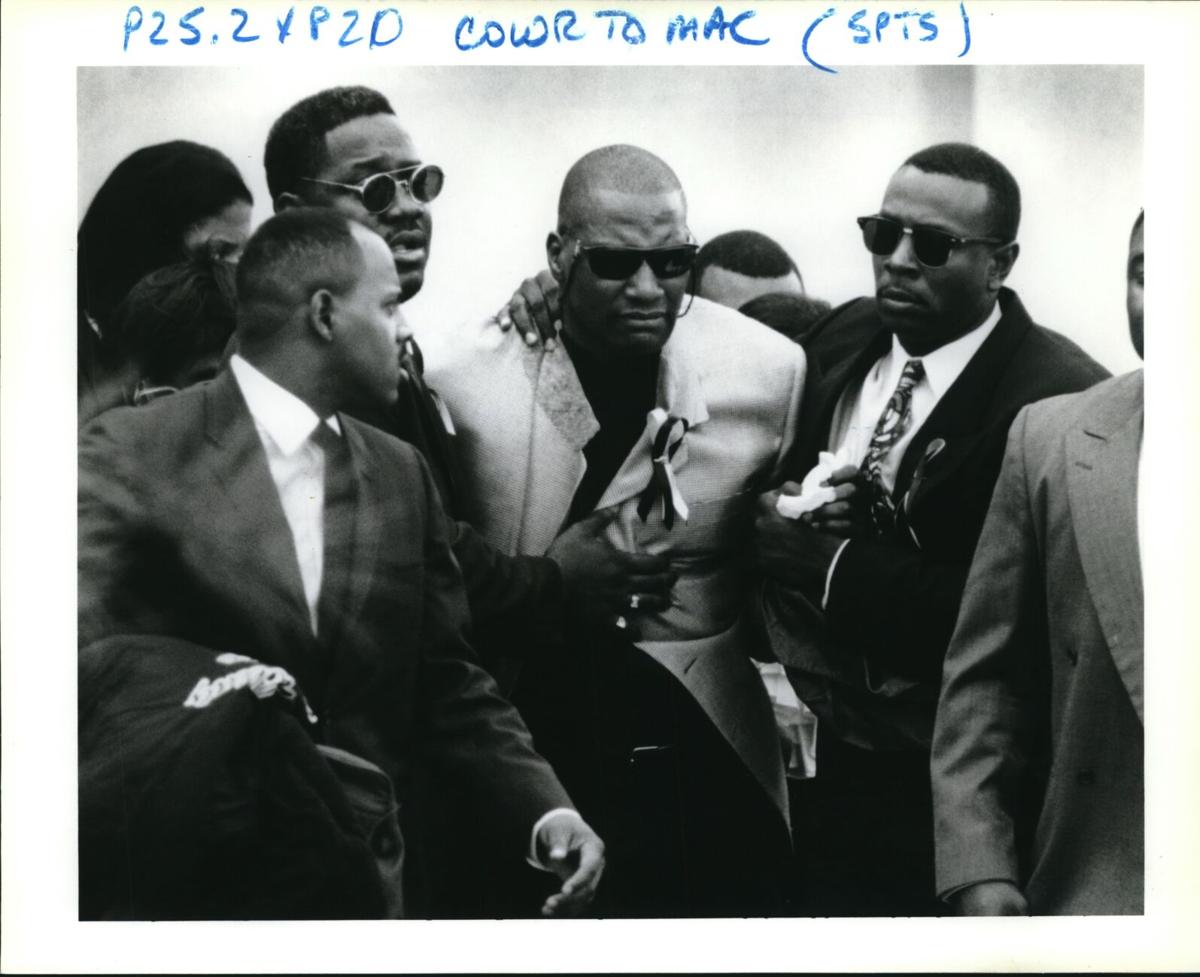 Tangie Thompson - Cop outside home of Bennie Thompson's ex-wife --- A New Orleans policeman waits to be let in at the residence of former wife of Ex-Saint player, Bennie Thompson. She and her son, and a friend was found dead at 8130 Morrison Road. --- Home of Tangie Thompson

Kintad Phillips narrowly avoided the death penalty when he was handed three life sentences in one of the most infamous New Orleans murder cases of the 1990s: the triple homicide that left an NFL star's toddler son shot to death alongside the child's mother and her fiancé.

Phillips had served 25 years when he died at Angola this week following a fight with his cellmate, according to the state Department of Corrections. Officials announced the death Monday evening but didn't immediately release the victim's name, saying only that guards at the Louisiana State Penitentiary had discovered two inmates fighting.

The West Feliciana Coroner's Office said Friday that preliminary autopsy results indicate Phillips died from blunt force trauma. His death is being investigated as a homicide.

Phillips was sentenced to life in 1998 — just two days after rejecting a deal from prosecutors that would have made him eligible for release in 2015.

He was the fourth person convicted in the shooting, which left behind a gruesome scene. Former New Orleans Saints player Bennie Thompson's son was shot eight times and died clutching onto his mother's hair. He was 3 years old. Thompson's ex-wife had tried to shield her child from the gunfire, which killed her too.

The woman's relatives became alarmed after being unable to reach her. They went to her house and found blood dripping out a back door, then discovered the three bodies.

The case received national media coverage and garnered widespread public outrage in part because Thompson was questioned about the killings and police searched his home. Some compared the case to the O.J. Simpson trial. Thompson began his career with the Saints, then moved to the Kansas City Chiefs and was playing for the Cleveland Browns at the time of the murders.

Officials said Phillips and his friends were searching for drugs and money in the family's house, which was found ransacked after the fact.

Prosecutors agreed Phillips didn't pull the trigger. His co-defendant testified Phillips was outside the house when the shooting occurred. But he was accused of scooping up the toddler when the group arrived at the house — holding the child under one arm and an assault rifle under the other — and carrying him inside from the garage.

Prosecutors argued he could have saved the boy's life, could have left him in the garage instead of bringing him inside and adding to the carnage.

Media coverage from his trial shows he narrowly avoided the death penalty after being convicted on three counts of first-degree murder. The jury agreed that he should receive life sentences for the deaths of Tangie Thompson, 29, and Andre White, 30, who were found in their Morrison Road home Feb. 5, 1995. But jurors deadlocked on a decision in the toddler's killing. That allowed Phillips to escape a death sentence, though even the judge said he personally would have chosen death.

Just a few days earlier, Phillips had refused to consider pleading guilty to manslaughter in exchange for 40 years in prison. That could have made him eligible for release after serving half the sentence, meaning he could have left Angola five years ago.

One of Phillips' co-defendants — Juan Smith, the man accused of pulling the trigger who was also convicted in a separate killing rampage around the same time — did receive a death sentence. But the sentence was thrown out decades later on appeal, leaving him still incarcerated but no longer on death row.

Another co-defendant was sentenced to life and the fourth, accused of being the getaway driver, received 10 years in exchange for testifying against everyone else.

Corrections officials have released few details about how exactly Phillips died in prison this week, saying only that law enforcement launched a criminal investigation following the incident to determine whether the other man involved, Virgil Smith, will face charges. That investigation is ongoing.

Smith, 59, is also serving three life sentences at Angola, one of them for first-degree murder and the others because he was sentenced as a habitual offender on second-degree battery and simple robbery convictions, according to DOC. He was convicted in 2008 of killing a woman he knew in St. Tammany Parish. Police identified him as a suspect after finding a used condom next to the victim's body and matching its DNA to Smith.

An inmate at Louisiana State Penitentiary at Angola died following a fight with another prisoner Tuesday morning, the second deadly encounter …