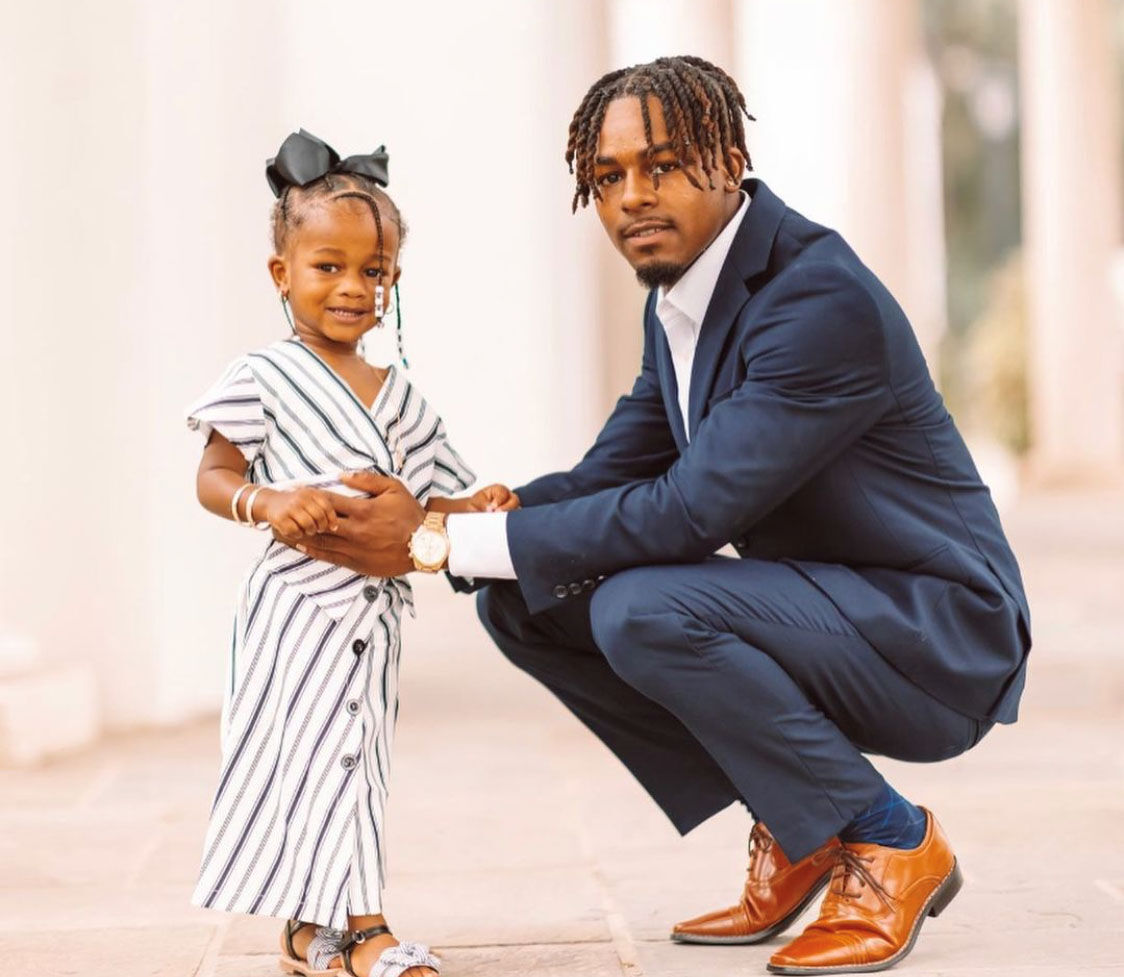 A high school graduation photo of Ja’Tyri and her father, Jarcobi Brown, age 18. 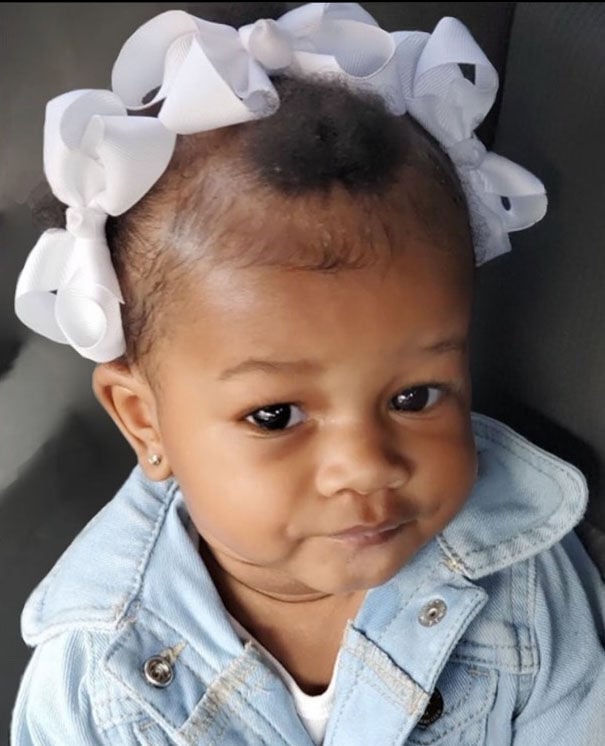 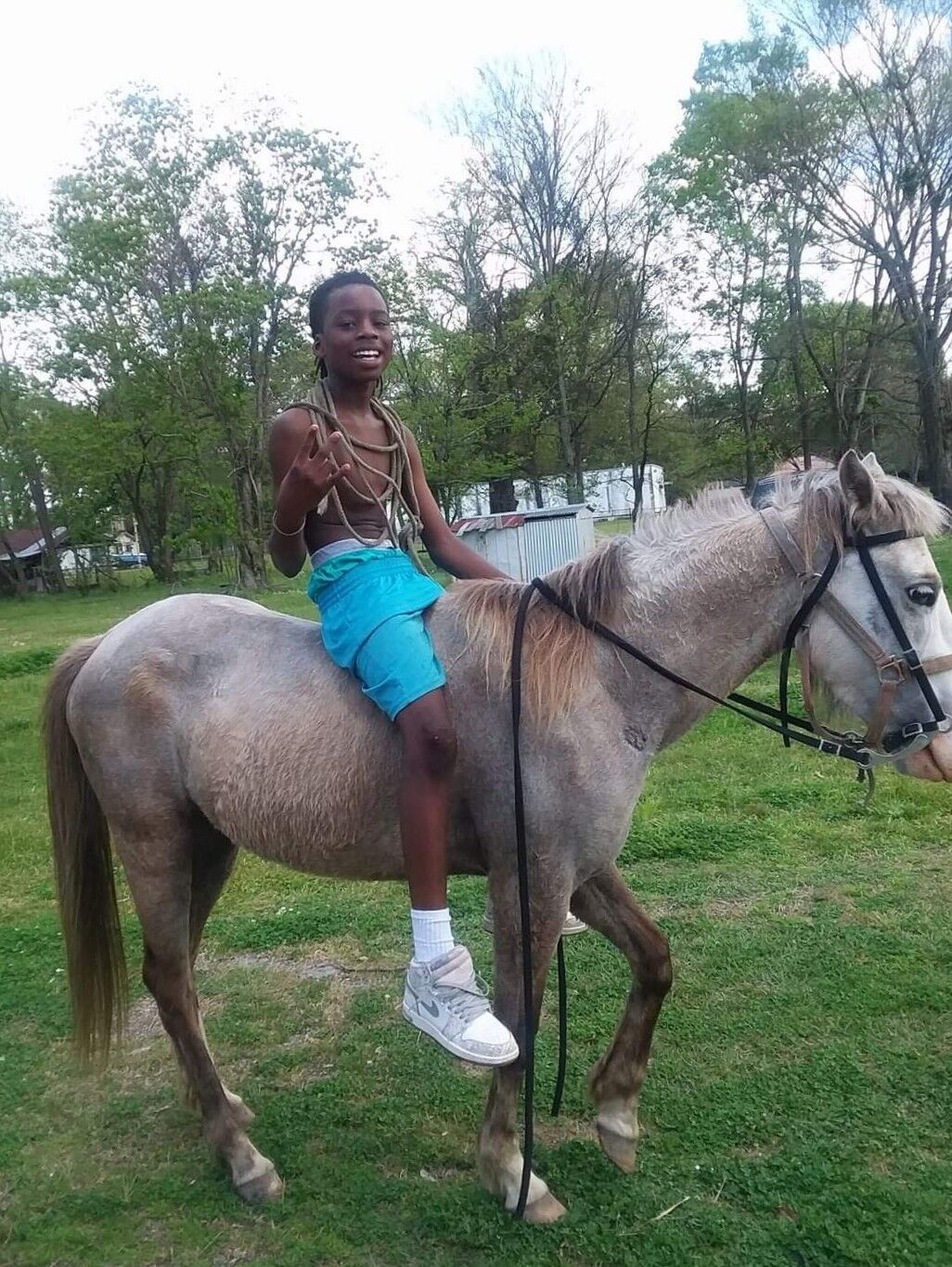 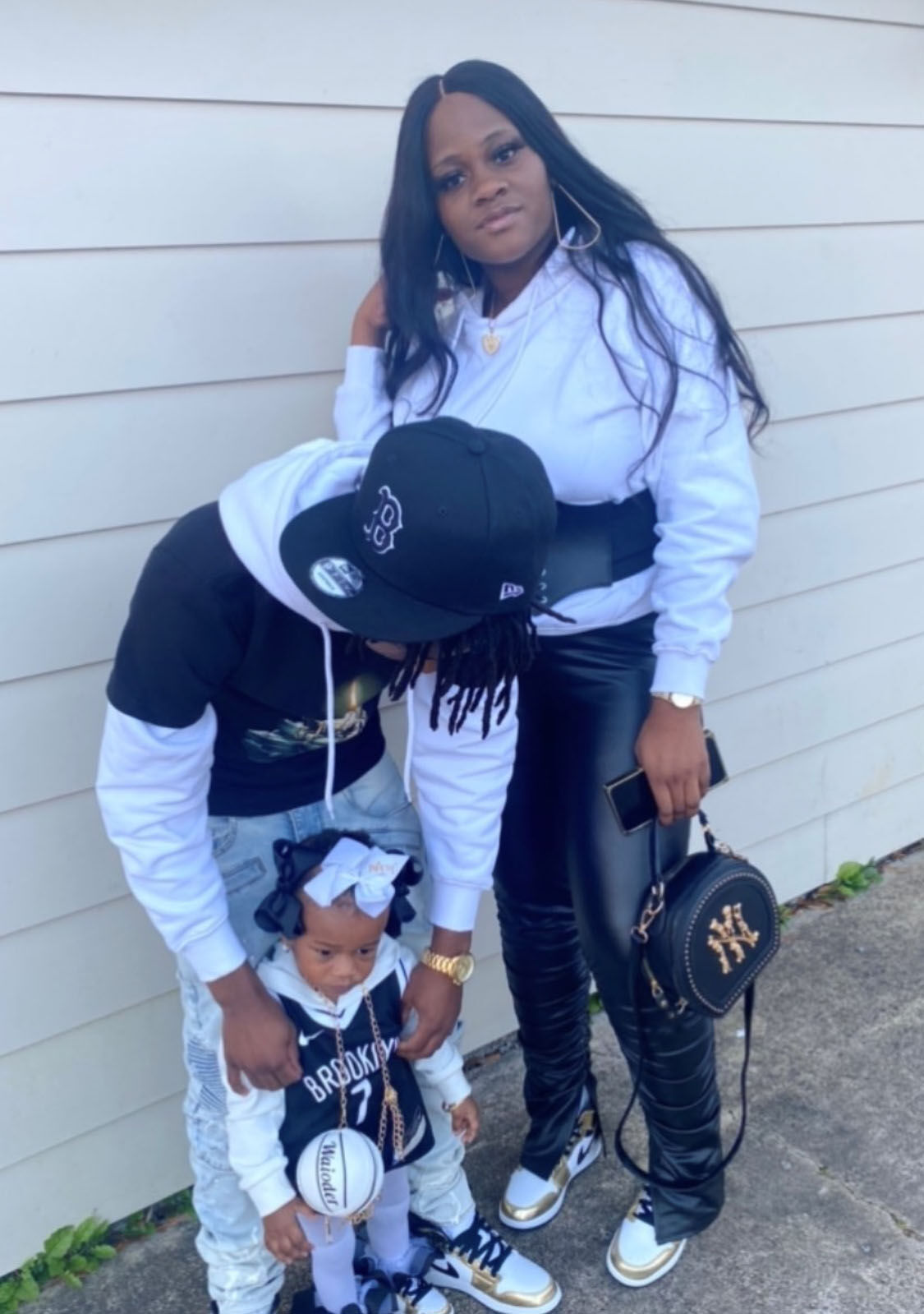 Ja’Tyri Brown with her parents, Jarcobi Brown and Tatianna Day. 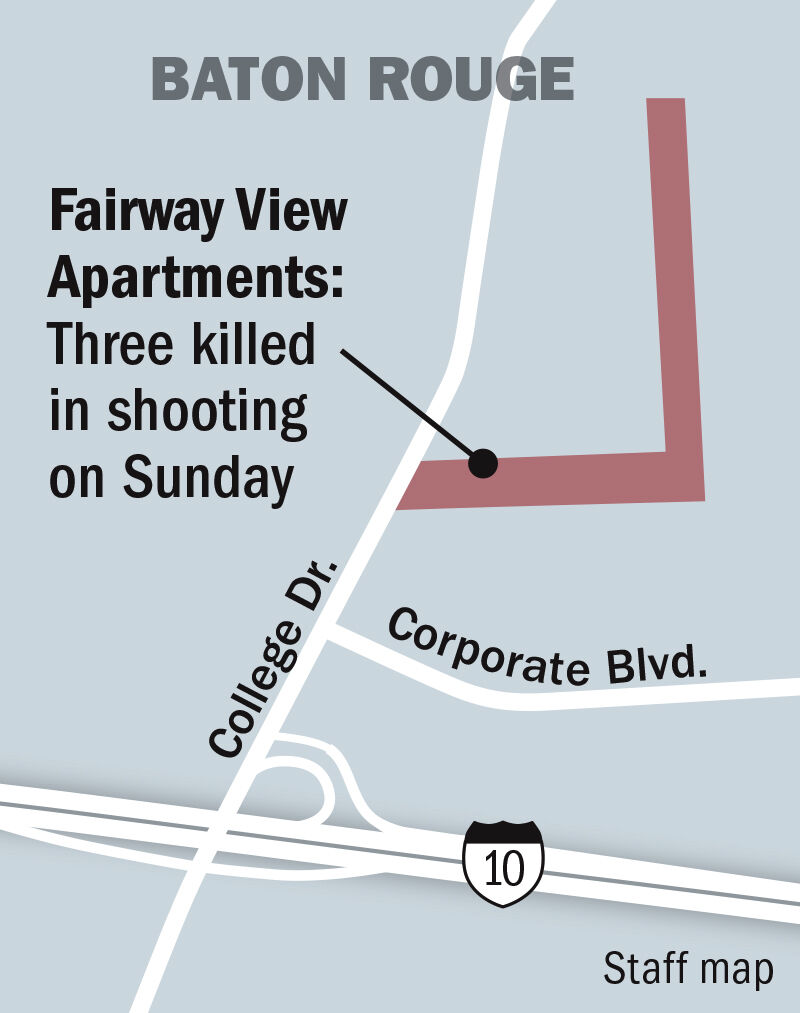 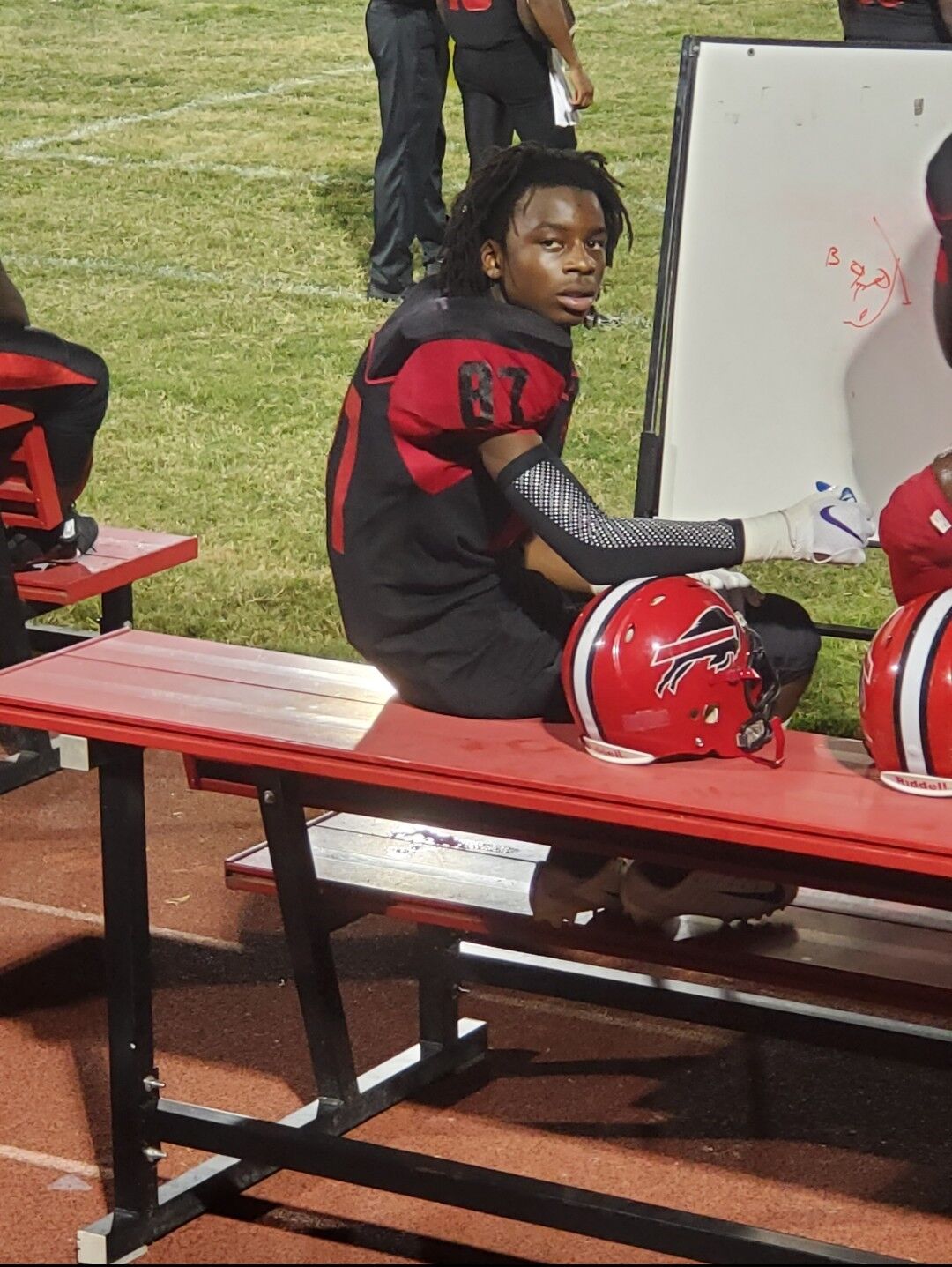 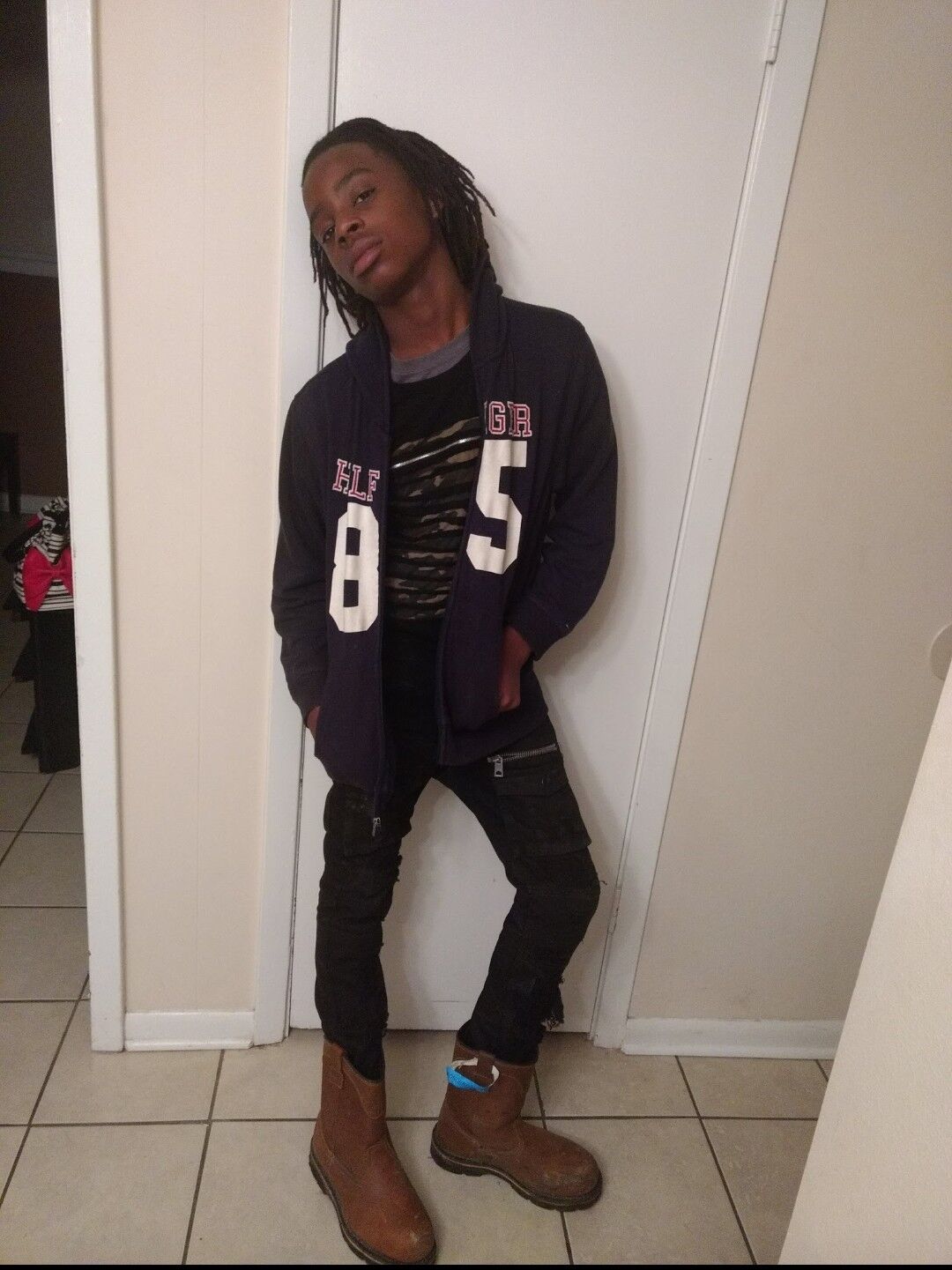 At about 8 p.m., gunfire ended the barbecue at the Fairway View Apartments. Two men involved in the brawl collapsed under a hail of bullets. Ja'Tyri, too, was caught in the crossfire.

Ja'Tyri succumbed to her injuries a short time later at the hospital.

'My world is over'

"I feel like my soul and world has been ripped out of my body," Provost, 44, said from her living room, where the walls are adorned with pictures of Ja'Tyri and other loved ones. "My grandbaby was my world. Everything I did was for my grandbaby."

As she spoke, she clutched a picture of Ja'Tyri in her arms, staring at a flickering candle lit in her memory.

Ja'Tyri's grandparents described her as "full of life." They said she loved to sing, dance and pose for pictures whenever she saw a camera. They had thought about putting her in dance classes, but decided to wait until she turned 3.

Provost said she'd "never seen a 1-year-old on beat like she was."

"She was special," Ja'Tyri's grandfather, George Provost, said in agreement. "(The shooting) didn't just rob us of her, but from anyone else that's witnessed her or would have witnessed her in the future — they robbed them of that as well."

Pregnant woman killed in Baton Rouge shooting was mom of three: 'I just want justice for her'

George said one of his fondest memories was when he'd make breakfast for Ja'Tyri. He'd prepare the meal while she slept, so by the time she woke up, he'd be sitting on the couch waiting. She'd turn her head around the corner of the doorway to look at him, call out "pop-pop" and grab his hand to lead him to the kitchen to eat.

"She was the sweetest baby," Hope said. "If she knew you loved her, she'd cling to you and hug you. She was just a lovable baby. She was just full of life."

Along with the grief he feels over the killing, George said he's frustrated by the lack of outreach from churches, police and elected officials to prevent gun violence. He said this tragedy has inspired him to take action.

"These pastors and these constables and these elected officials may not know my name," George vowed, "but they will hear my name."

Hope said she wants nothing more than for the person who shot her granddaughter to be found, to face a reckoning.

"I just want justice for my baby," Hope said. "My world is over and shattered. I don't know how I'm going to live."

And yet they will press on, George promised, if only to protect others from this kind of heartbreak.

"Could you stand to look in my eyes — me and my wife's eyes — and feel OK about what you've done?" he asked. "She'll never be here to holler my name again. It'll never happen again. But we can make damn sure that we are one of the last families that have to go through something like this."

'Hold onto them as long as we can'

Memorial Day marked the surpassing of 60 homicides for Baton Rouge this year, putting the city on track to top the record-breaking number of killings in 2020.

Attempts to reach the family of Thomas, the 20-year-old who was killed, were not successful.

Britt Dawson, who taught the third victim when he was in middle school, feels a familiar tinge of apprehension whenever local media reports another young person lost to gun violence. She prays for her students.

She awoke Tuesday to text messages and missed calls that affirmed her fears: The bullets struck one of her most beloved former students, a young man she knew would succeed on whatever path he chose.

Dunn, 16, attended what was then Celerity Crestworth Charter School in Scotlandville, where he took performance arts class with Dawson from fifth through eighth grades. Dawson said the two formed a close bond, in part because she would often give him rides to school when he overslept and missed the bus.

"He was one of those students you never forget, never ever — one of those special students who reminds you why you teach," she said in a phone call Tuesday morning. "He was in the classroom always asking questions, having all these lightbulb moments, just a well-rounded young man who deserved more opportunities."

Dawson said she stayed in touch with Dunn for a while after he enrolled at Baker High School, but had been unable to track him down for most of this past year.

"Now I can't help but feel some form of guilt," Dawson reflected.

"Like, if I would have stayed just as close, knocked on the door even after his family moved …," she continued, her voice trailing off. "We want to hold onto them as long as we can, especially at that influential age."

The last time she saw Dunn was in 2019, when she bumped into him at the Mall of Louisiana. They spotted each other through the crowds and both started running — like in a scene from a movie, Dawson recounted.

She remembers his long legs striding toward her, dreads swinging, a smile spread across his face.

Years earlier, she said she remembers him clomping through school in cowboy boots, hesitantly two-stepping to zydeco music during her class only when he thought nobody was watching. He played chess and loved going on trail rides.

"He was so headstrong and wise beyond his age," Dawson said. "Even in middle school, he had a positive influence over his peers. If he decided he was gonna do something, his classmates would follow suit."

When Dawson posted on Facebook Tuesday morning about his death, several other teachers replied, sharing their own memories and wondering what more they can do to fight gun violence.

"I pray that he knows the influence he had on so many of us teachers," Dawson said. "I don't have the words to describe this. It is just so unfortunate we won't be able to see what the rest of his life would have looked like."

Editor's note: This story has been updated to correct the age of Dwayne Dunn Jr. after Baton Rouge police initially released incorrect information. He was 16.

The shooting happened around 8 p.m. near the Fairway View Apartments on College Drive.