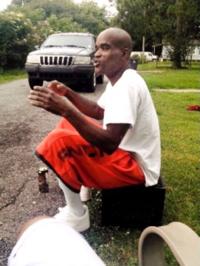 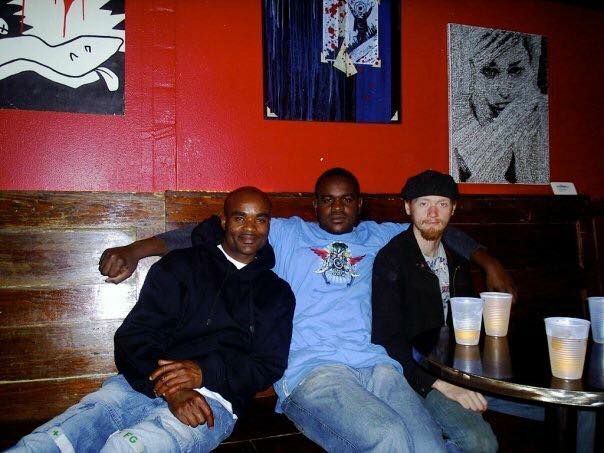 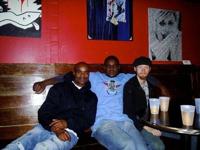 Kenneth Gleason, 23, was arrested on Tuesday and booked on first-degree murder counts in the killings of Donald Smart and Bruce Cofield. Read the latest here.

Donald Smart consistently showed up for his overnight shift as a dishwasher at Louie's Cafe in a spotless white T-shirt and bright white Nike tennis shoes. And somehow, despite filling one of the messier jobs at the restaurant, the 49-year-old kept them that way.

"It stayed white," said a smiling Fred Simonson, general manager of the restaurant right off LSU's campus. "And this is Louie's Cafe; this is the 24-hour diner at the doorstep of the No. 1 — I don't care what anyone says — party school in the country, this is the night dishwasher. And white shoes, white shirt."

And it wasn't because Smart stayed out of the way or lacked dedication, it was the opposite: the 20-year veteran dishwasher was just that good at his job, Simonson said.

"I've seen 26 years of folks washing dishes in a busy diner and this guy is untouchable," Simonson said Saturday. "When you have an employee like Donald, he's the type of person who's going to make the person next to him better."

Smart was walking to his Thursday night shift, when, just half a mile from the 24-hour diner, he was gunned down in what law enforcement officials called the second apparently random fatal shooting this week.

A 49-year-old man was was fatally shot Thursday night in the 3000 block of Alaska Street, Ba…

Baton Rouge Police detained a person of interest Saturday afternoon for questioning about both Smart's killing and a separate homicide Tuesday night when a 59-year-old man was fatally shot on Florida Street, said police spokesman Sgt. L'Jean McKneely said. However, no arrest had been made late Friday and no details were released about the person in question.

Baton Rouge Police had called Friday for an “all out hunt” for the perpetrator of both Smart's slaying and the Tuesday night killing of Bruce Cofield, after linking the homicides through a national ballistics database, according to an internal Baton Rouge police bulletin that was disseminated to Louisiana law enforcement. Authorities also connected the two killings for the manner in which they happened: both late at night, 11 p.m. and 10:30 p.m., both targeted pedestrians and in both instances the gunman had exited his vehicle to continue shooting at the victim, the bulletin said.

"This is a tragedy. ... this is wrong," Simonson said. "This should not have happened."

Smart had worked five days a week from 11 p.m. to 7 a.m., dealing with all the challenges of working a night shift and being a dishwasher in way Simonson called "without peer."

"The before and after of Donald goes from, 'What are we going to do tonight?' to 'Smooth sailing,'" Simonson said. "You didn't have to motivate Donald, Donald motivated you."

Simonson said in the wake of the loss, Louie's Cafe closed Friday night to give Smart's coworkers time to grieve — an unprecedented decision for the restaurant, especially during LSU football season.

"What Donald means to me as a person and Louie's as an institution is not quantifiable," Simonson said, tears welling in his eyes. "It's not measurable. .. Hopefully they can get some justice, some closure."

Michael White, who's worked in food preparation at the diner for about 10 years, said Smart always went above and beyond at his work.

"He was the best dishwasher they had," White, 62, said Saturday. "He was reliable... Donald was very well-known, well-respected and very well-liked."

Smart was married with three children, White said. Two of his cousins also worked at Louie's Cafe, and he came from a big family, Simonson said. Though Simonson said he seldom spent time with Smart outside of work, except for the yearly Christmas party, he said he's sure the man's work ethic and personality crossed over to all aspects of his life.

Simonson said he also was a "whistle as you work" kind of guy, always making people smile, telling stories.

He said in the last 20 years, whenever Donald was gone — one time he took on short-term painting gig — he was sorely missed by the restaurant and its high-speed flow. And now, he said, Smart's absence feels insurmountable.

"This isn't just a murder victim, this isn't, like, just some dude," Simonson said. "We're not all perfect but, damn it, if this guy wasn't close. ... I will love that man until they day I die."

Employees and clients at a Baton Rouge drop-in center for the homeless remember 59-year-old Bruce Cofield as a private, well-dressed man who w…

Unfazed by Saturday's blistering heat, Nichelle Landry stood before the crowd gathered in front of her and proclaimed faith in God as the best…

It was as if the gunman had gone out hunting, targeting strangers as they carried out quotidian tasks on their own property.