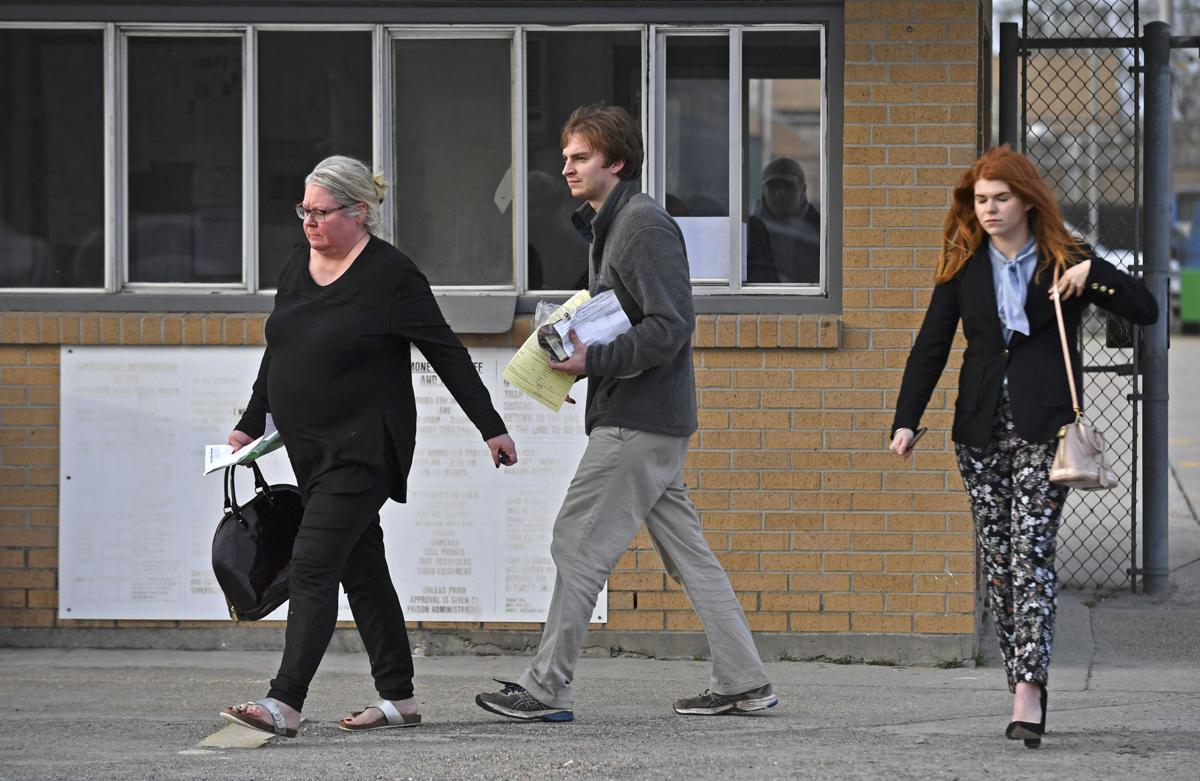 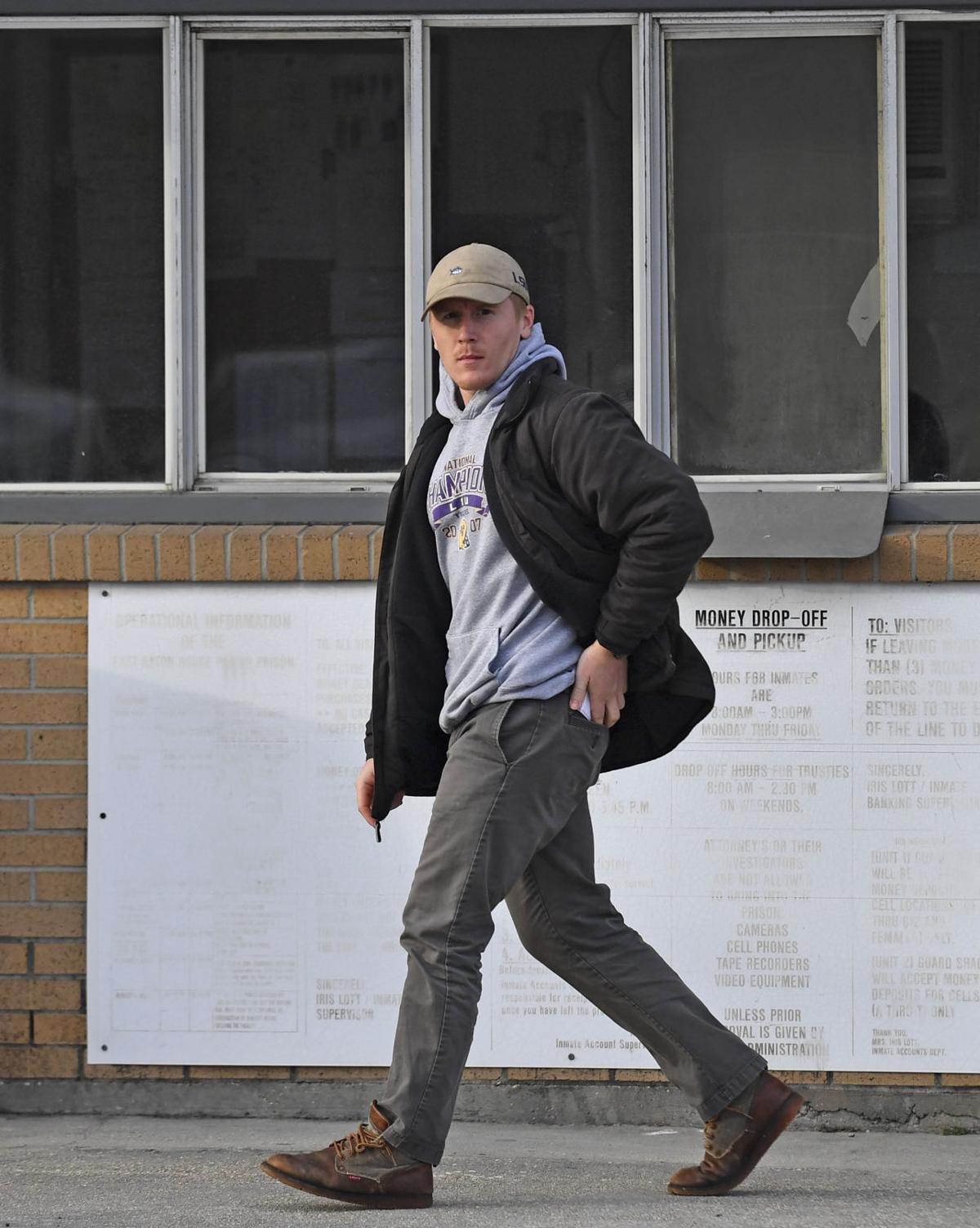 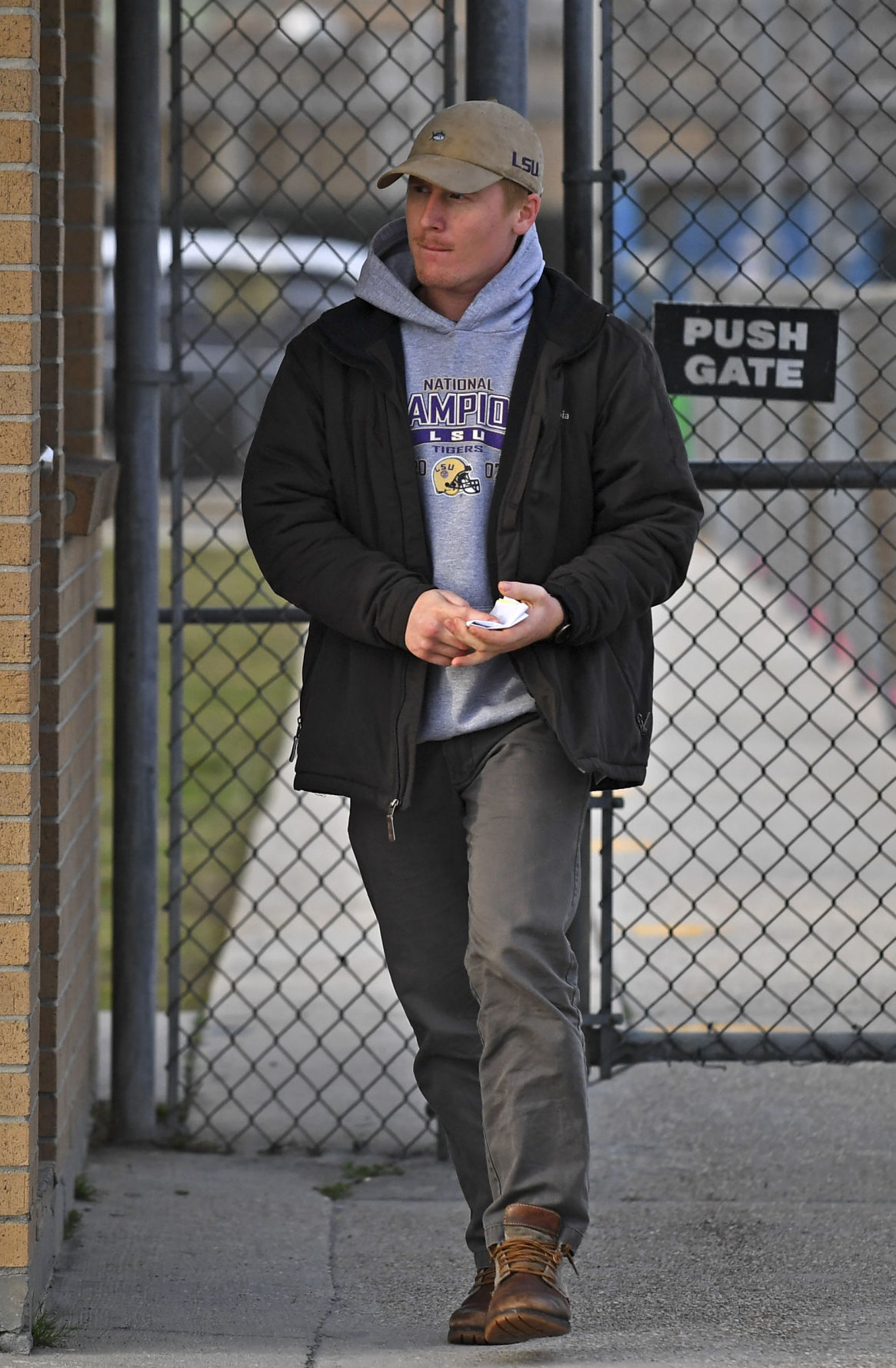 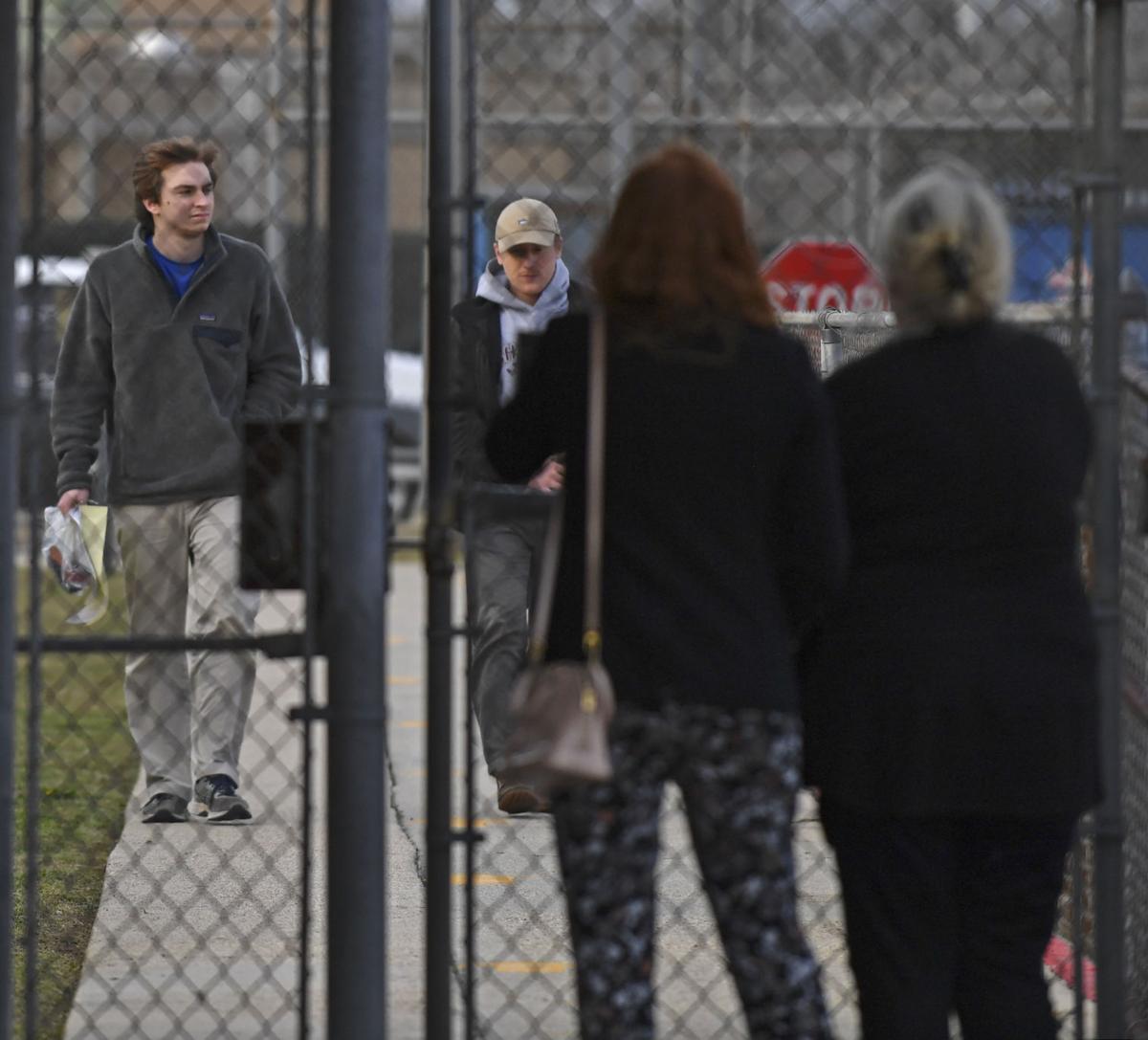 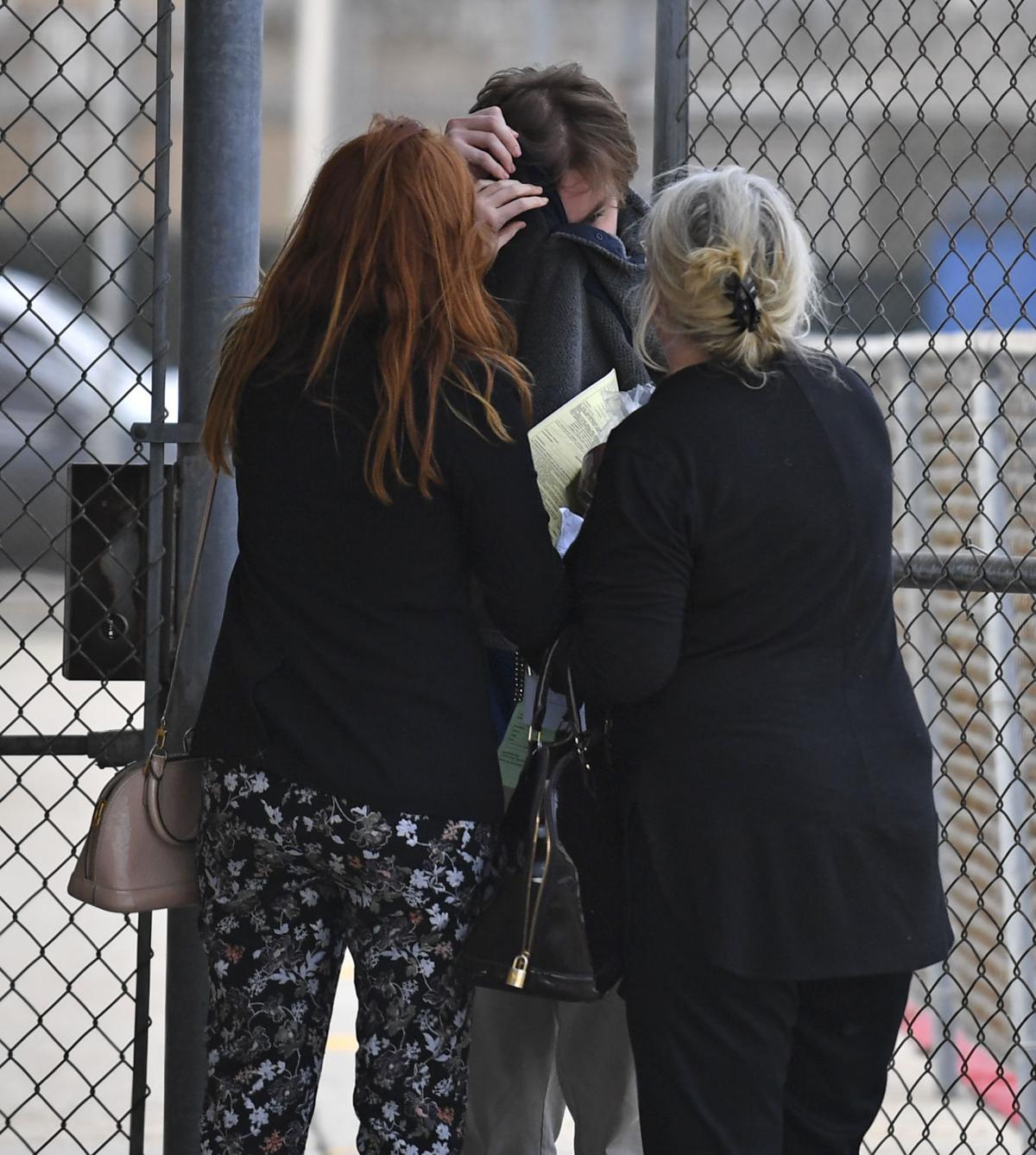 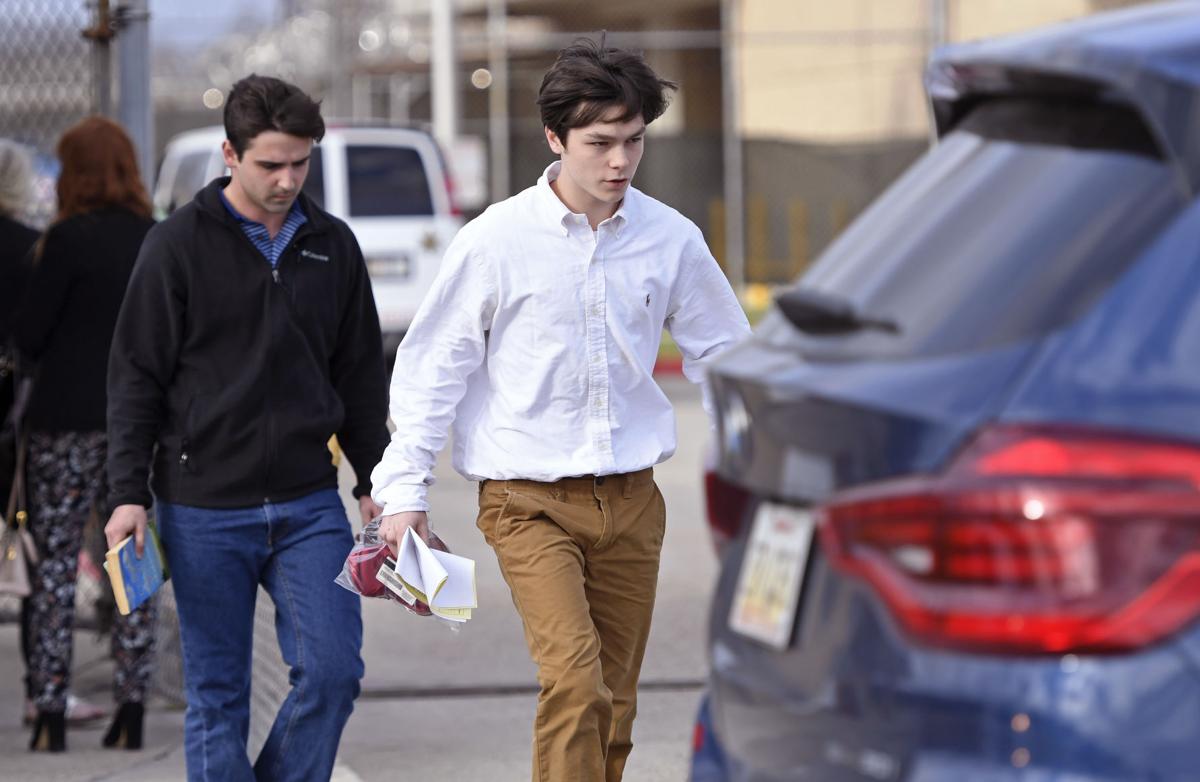 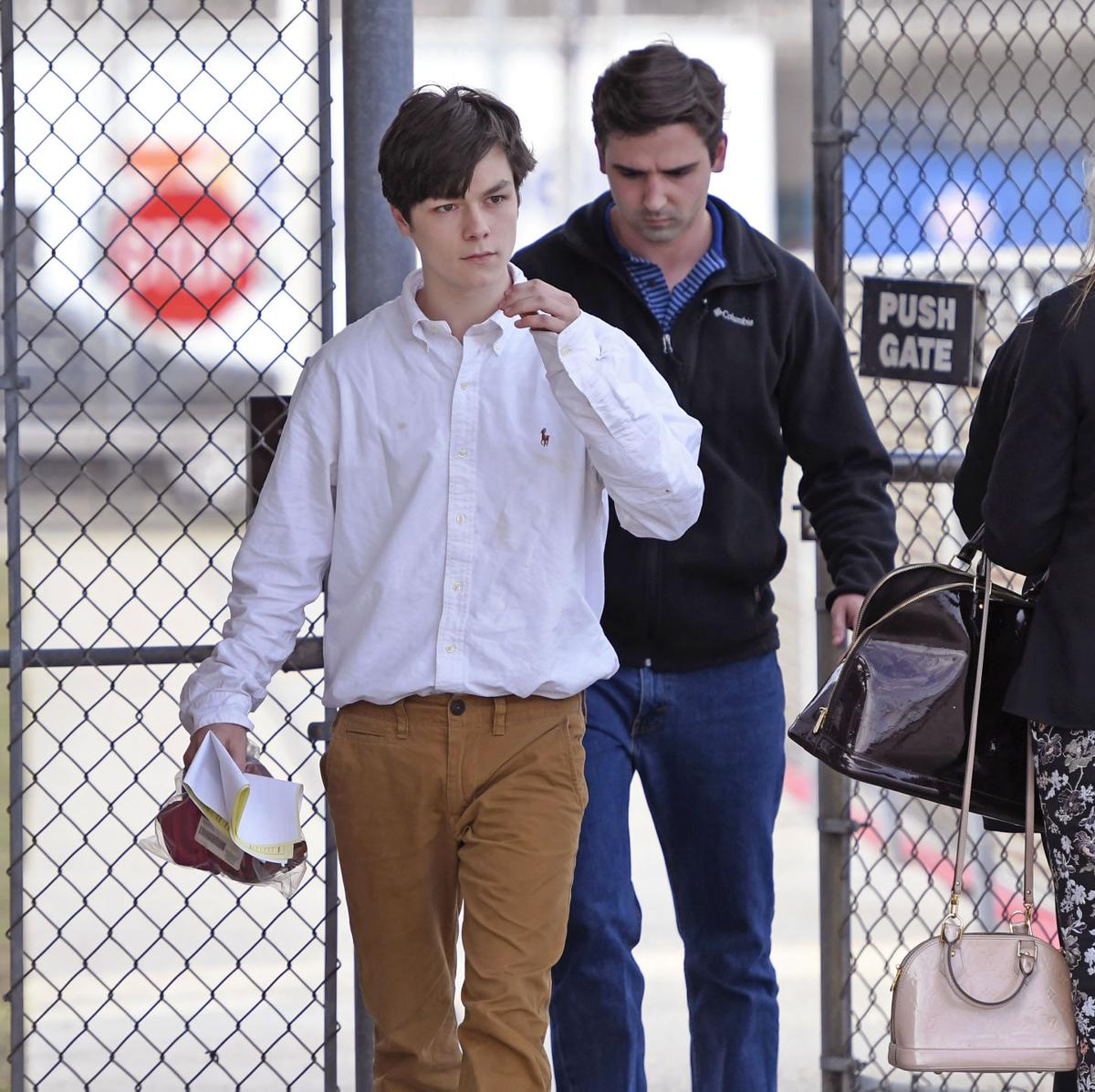 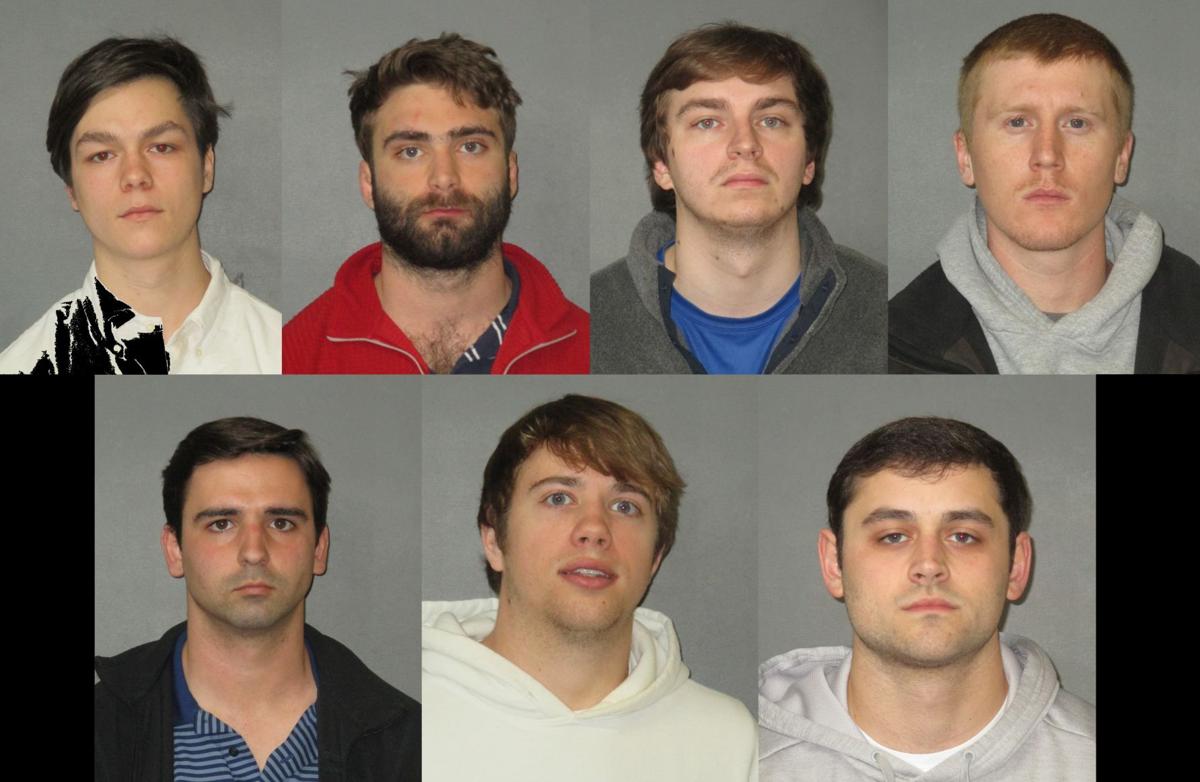 Nine members of LSU's Delta Kappa Epsilon fraternity were accused Thursday of participating in abusive hazing rituals that included beating pledges with a metal pipe, dousing them with gasoline and urinating on them.

Seven were arrested and two others are expected to surrender in the coming days. The accusations come amid the university's ongoing quest for increased safety within its Greek system following the hazing death of an LSU freshman in fall 2017, which sparked widespread concern about unsafe practices and lenient penalties for the students responsible.

DKE's national organization — one of the oldest fraternities in the nation — announced the sudden closure of its LSU chapter last month after an investigation found evidence of hazing and alcohol violations. The group said it shared its findings with LSU Police and the school administration.

LSU spokesman Ernie Ballard III said in a statement the accusations arose from multiple alleged hazing incidents in the fall of 2018.

"This type of behavior is unacceptable and at complete odds with what we expect from our students," Ballard said. "It does not belong at LSU."

The arrest warrants allege a series of demeaning acts: Pledges were forced to lie face down on broken glass while their older fraternity brothers urinated on them; at other times, members of the chapter kicked pledges with steel toed boots, attempted to burn them with cigarettes and beat them with a metal pipe.

Cade Duckworth, 23, of Lafayette, "seemed to be controlling the situation" during some rituals, police wrote.

LSU hazing: Lafayette man 'seemed to be controlling the situation' in some of the most egregious rituals

One victim described being forced to "climb into an ice machine that was half filled with water and half still frozen ice" and to remain in there for at least 30 minutes. The urination incident followed: The victim "stated that the basketball court had broken glass all over it, which he was made to lie on top of. … Another pledge was made to lie on the court next to him, face down while they were both sprayed with a hose, had milk crates thrown at them, and were urinated on."

One victim said he was told to make a table position on his hands and knees while members of the fraternity played dice on his back. They also "attempted to burn him with cigarettes and seemed to be attempting to extinguish their cigarettes on him. The victim stated that he fled the area in order to not get burned."

A number of incidents involved milk crates, according to police. Pledges did handstands on milk crates and held a crate filled with ice and cayenne pepper above their heads while standing in a cold shower and looking up; as the ice melted, the pepper dripped into their eyes.

"The cold shower coupled with the cold melting ice was described by one victim as the worst part of the ordeal," police wrote. The ritual was called a "new boy shower."

Malcolm McNiece, 23, of Baton Rouge, is accused of forcing pledges to do push-ups while reciting facts about the fraternity and, if they misstated information, McNiece kicked the members in the chest while wearing steel toe boots.

Further allegations detail a night where McNiece forced pledges to drink two 40-ounce beers duct-taped to their hands — unable to remove the tape until the drinks were gone. "This was particularly bad for the pledge drinking because he had to throw up in order to finish the drinks."

Multiple pledges told authorities about a time in which McNiece poured gasoline on a pledge, who "had to be rushed up to the showers in an effort to wash the gasoline off" as he "was having trouble seeing because some of the gasoline had gotten in his eyes." While none of the pledges interviewed directly saw McNiece pour the gasoline, they said it was a "well known fact in the fraternity" that he had.

The arrest report for Gaston Eymard, of Kenner, details a night where Eymard "struck the pledges in the back and face with a silver pipe."

A victim said that pledges were instructed to "get tight," meaning stand shoulder to shoulder with their arms locked together. Then Eymard "charged into the room, jumped on top of the new members and began punching them" before striking them with the pipe.

Pledges said many were injured. One said that was the night "things got as out of hand as I had ever seen it." Another said he lied to his family about the bruises on his face. Authorities later found a metal pipe in a box with paperwork belonging to Eymard, according to police.

Among those arrested Thursday was Garrett Sanders, who's listed as the chapter president on its web page. He was booked into jail on two misdemeanor counts.

Joseph Harkrider, of Zachary, is accused of instructing pledges to steal tarps from a local construction site and bed sheets from Walmart, according to his arrest report. The tarp was used for the fraternity's "Jungle Fever" party and the sheets became a banner hung from the house for LSU football games.

Franz Borghardt, an attorney representing Joseph Harkrider, said his client was directed to turn himself in on Thursday. He said his main concern is that the narrative presented in arrest reports makes it difficult to discern who is responsible for what.

"There's a spectrum of charges that look horrible, and it's clear that some of these young men were much more involved than others," he said. "I hope that everybody would slow down and realize that what they're reading and seeing is the jazzed up and extreme accounts of these allegations. Hopefully that won't interfere with their ability to get a fair shake."

Ballard said seven are still enrolled at the university, pending the outcome of its discipline process, which will determine whether they'll be expelled. He also said all of them were students in fall 2017 when Maxwell Gruver died from alcohol poisoning during a ritual at the Phi Delta Theta house. Duckworth and McNiece are not enrolled this semester.

University officials said the arrests indicate a "cultural shift" for the better while Gruver's family said it was heartbreaking and infuriating to hear of additional problems.

"The quick action by the national DKE organization by revoking the chapter's charter and the cooperation of several witnesses in this investigation demonstrate a growing recognition that hazing and other harmful activities cannot be tolerated," the university said in a statment.

Gruver was forced to drink massive amounts of alcohol during a fraternity ritual in fall 2017. Several students and former students were arrested and accused of contributing to his death, and one is accused of negligent homicide. The chapter was banned from campus for the foreseeable future, and LSU began to scrutinize Greek life to prevent similar tragedies.

State legislators also passed the Max Gruver Act last year, boosting penalties for people convicted of hazing and related offenses. The suspects arrested Thursday will be among the first from LSU whose cases could result in those harsher sentences, which include fines of up to $1,000 and six months in prison for instances of hazing that don't result in death. Organizations that allow hazing can face fines of up to $10,000 and be barred from the institution where the offense occurred.

Leaders of DKE's national organization said they acted "in full support of the Max Gruver Act and related anti-hazing laws" by notifying LSU Police and the administration about its findings.

Max Gruver's parents, Rae Ann and Stephen Gruver, said in a statement Thursday that news of the recent hazing allegations "broke our hearts."

"While it is positive to know the Max Gruver Act is empowering individuals and organizations to report hazing, it is extremely painful and infuriating to hear egregious hazing of male students is still happening at LSU," they said. "Too many lives are being lost and ruined under the guise of brotherhood."

DKE has been in trouble before, often for displaying inflammatory banners outside their house.

One displayed before a football game referenced a 1970 campus shooting: "Getting massacred is nothing new to Kent State." Members of the fraternity later issued an apology, saying that as young college students they "did not grasp the full scope of the tragedy."

And the chapter was placed under investigation in 2006 after police responded to reports of "suspicious activity" during initiation and found a goat inside the house. Members said it was their symbol and mascot but the incident raised questions about whether pledges were "forced to do anything with the goat," officials said at the time. The chapter ended up agreeing to an "introspection period" lasting two years, which included banning alcohol and animals from the house.

A former LSU student and DKE member was charged with misdemeanor simple battery in November after police said he pushed another student down two flights of stairs during a fraternity preview event in August 2017 — just one month before Gruver's death.

Others arrested Thursday had also been arrested in recent years, presumably while students at LSU.

McNiece was arrested four months ago and accused of simple burglary of an inhabited dwelling. He broke a side window of a residence, cut himself on the glass and bled all over the residence that he broke into, according to his arrest report. He then slept on the couch, woke up, logged onto the victim's computer, Googled his location and requested an Uber to pick him up.

As he walked out, McNiece grabbed an unknown amount of money off some furniture, the affidavit said. Police reported that all of his actions were recorded on security videos and that McNiece also left his wallet and passport on the front porch of the victim's residence. They identified him based on the belongings he left behind and because he used his email login to sign into the victim's computer.

McNiece bonded out of jail in November 2018. And authorities said he received a DWI not long after and is currently enrolled in a pretrial diversion program.

Two other names on the list of students arrested this week also have prior arrests in East Baton Rouge, court records show.

Charles Brakenridge, of Ferriday, was arrested in 2015 on counts of driving while intoxicated and careless operation of a vehicle. He pleaded not guilty and then prosecutors dismissed the charges in March 2018 after he completed a pretrial diversion program.

Duckworth was arrested in 2017 on a count of possession with intent to distribute after police found almost 70 grams of marijuana in a kitchen where Duckworth told police he had been. He bonded out of jail and was never charged in the case.

Delta Kappa Epsilon was founded in 1844 at Yale University and is "one of the oldest and most prominent fraternities" in the country "known for producing outstanding gentleman, leaders and jolly good fellows," according to its website. It has had a chapter on LSU campus since 1923.

Nine members of LSU's Delta Kappa Epsilon fraternity were arrested Thursday and accused of hazing and other related offenses.

Nine LSU fraternity members arrested on hazing after DKE chapter closes; 'It does not belong at LSU,' school says