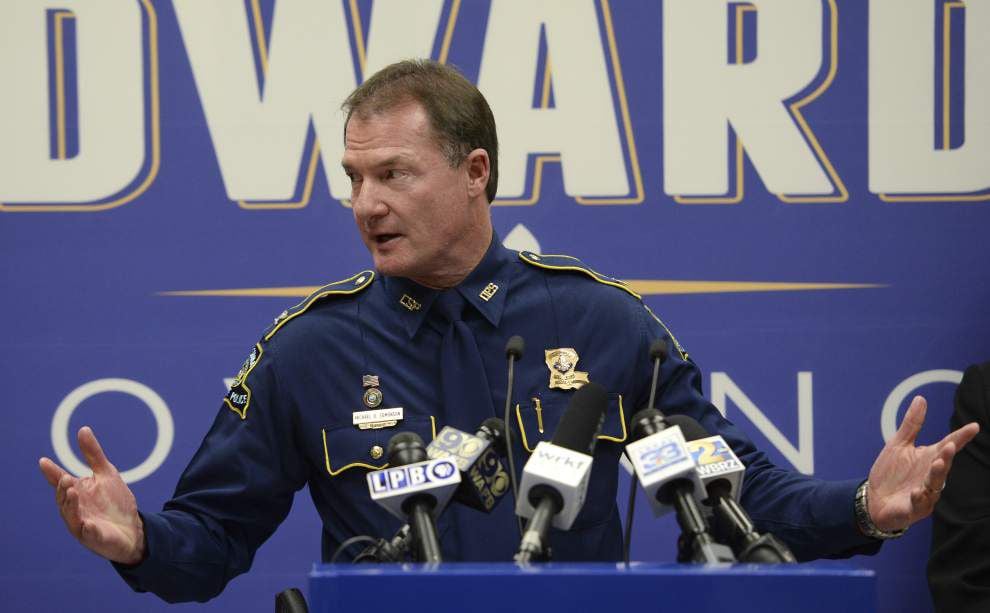 Louisiana State Police Superintendent Col. Mike Edmonson and other officials have discussed how to respond to potential protests after the U.S. Department of Justice releases its investigation into the shooting. Edmonson said he anticipates getting advance notice of the federal announcement. 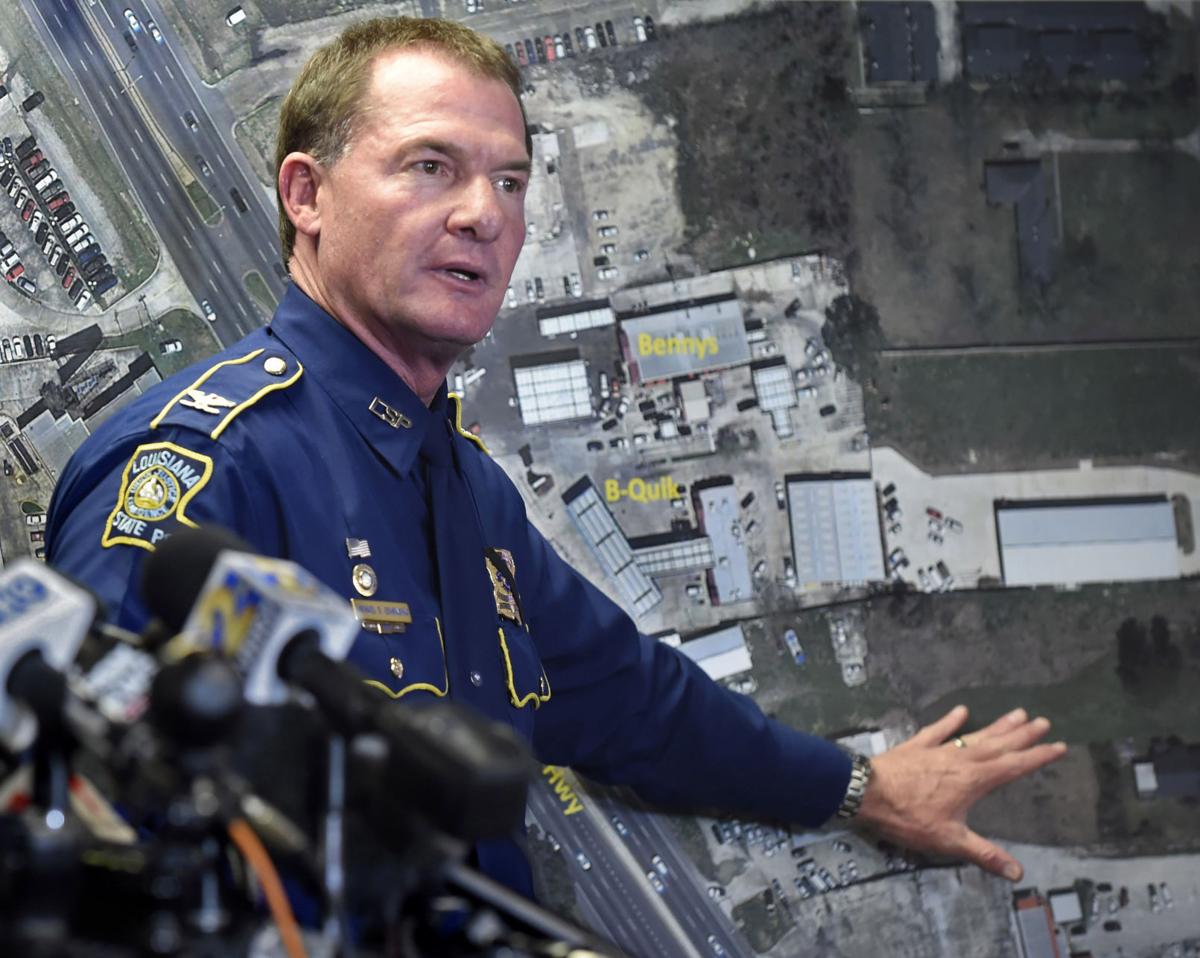 Louisiana State Police Superintendent Col. Mike Edmonson and other officials have discussed how to respond to potential protests after the U.S. Department of Justice releases its investigation into the shooting. Edmonson said he anticipates getting advance notice of the federal announcement.

A group of Louisiana State Police officials, including the head of the agency's Internal Affairs Division, were paid thousands of dollars in overtime last year while driving across the country to attend a law enforcement conference in San Diego — a scenic but circuitous road trip that included overnight stays at the Grand Canyon and a Las Vegas resort and casino.

The questionable expenses, outlined in travel records obtained by The Advocate, were on top of tens of thousands of dollars the State Police spent otherwise to send at least 15 people to the annual conference in October of the International Association of Chiefs of Police, a four-day event that attracts a who's who of law enforcement leaders.

The decision to send such a large entourage drew sharp criticism from one watchdog organization, which last week accused the agency of squandering money at a time when state lawmakers are struggling to fix a dire financial crisis.

Col. Mike Edmonson, the State Police superintendent, said he had not authorized the troopers to charge overtime — three of the four did, he said — or to take such an indirect route to the conference. The troopers drove 3,906 miles altogether but went hundreds of miles out of their way at times for reasons that are under investigation.

On Saturday, Edmonson said he has ordered an internal review of the journey, an inquiry he said could result in disciplinary measures and changes to State Police travel policy.

"It's embarrassing to me to say that I paid them to drive there, so I'm making them pay that back," Edmonson said, referring to dozens of hours of overtime billed to taxpayers. "These are all people who have respected positions in State Police. I certainly trust them, but I'm disappointed in them claiming overtime hours and I'm disappointed in the side trip to Vegas.

"They need to explain to me why they thought that was an important thing to do, and we'll look at it from that perspective," he added. "The bottom line is I expect more from these individuals, and I'm not happy about it."

Edmonson, who received a national award at the conference, defended his decision to dispatch a large group to the event, saying the IACP conference offers valuable training, dozens of educational sessions and networking opportunities.

"It sounds like a lot of people to send," he said, "but when you look at the fact that there's five or six meetings going on (at one time) and you can have a cross-representation of the department there, it's a good deal."

Without counting overtime or the officers' regular salaries, the conference cost the State Police at least $33,000 for airfare, lodging, meals, registration fees and other expenses, according to a review by The Advocate of more than 200 pages of receipts and travel statements.

Some of the higher-ranking troopers stayed at one of two Hilton hotels near the conference site, paying about $300 a night.

"That is a luxury and not a necessity," said Rafael Goyeneche, president of the New Orleans-based Metropolitan Crime Commission. "Here's a state in a fiscal crisis. As the head of an organization, I think you lead by example, and this is a poor example on multiple levels."

The San Diego trip — and the troopers' detour to Las Vegas — raises broader questions about the State Police's traveling practices, Goyeneche said, especially those of Edmonson, who has traveled the world on the state's behalf during his nine years as superintendent.

"The problem with it is that nobody can tell the king he has no clothes on," said Leon "Bucky" Millet, a retired state trooper who is a vocal critic of Edmonson. "He's just gotten away with it for so long that he gets bolder and bolder."

Edmonson took umbrage at the criticism, which he dismissed as uninformed. He said the nightly hotel rates were in line with state travel regulations and, in most cases, were the rate extended to conference participants.

In fact, he said, the State Police have spent only about 40 percent of their $1 million travel budget for this fiscal year, which has four months remaining in it.

"I think I've been very prudent throughout the year to bring that number down," Edmonson added. "As superintendent, I know I'm responsible for that and I've got to monitor that."

But the superintendent said he had concerns, in hindsight, about his decision to allow four troopers to drive a State Police SUV from Baton Rouge to San Diego. The entourage was made up of Lt. Rodney Hyatt, Senior Trooper Thurman Miller, Trooper Alexandr Nezgodinsky and Maj. Derrell Williams, the head of the Internal Affairs Division.

Edmonson said the State Police needed a vehicle in San Diego "because there were some off-site things that we needed it to go to." He said officials estimated it would be "about an equal deal" when compared with the cost to flying those four troopers to California.

But even though the officials had the SUV in San Diego, they still made repeated use of the ride-hailing service Uber to get around.

The total cost of gas for the trip came to $610.98, records show, but the troopers also billed the state several hundred dollars each for meals while spending a total of 11 days away from their regular duties.

The troopers left Baton Rouge on Oct. 10, four days before the start of the conference, driving 12 hours a day. By the second evening, they had reached the Grand Canyon, where they checked into a Holiday Inn Express that charged more than $250 a night per room.

Rather than driving the approximately 330 miles from there to San Diego, they took a significant detour to Las Vegas and, the following night, checked into two suites at the Palazzo, a ritzy resort and casino in Las Vegas. "That is a route," Edmonson said, "but they're going to have to explain that to me."

The Las Vegas stay cost more than $500 in taxpayer dollars, counting resort fees, according to State Police records. "I don't even know what they paid on it," Edmonson said, referring to the casino where his troopers stayed.

Records show the troopers took a far more direct route back to Baton Rouge after the conference and also chose cheaper accommodations. One night, they stopped at a Quality Inn in Deming, New Mexico, and rented two rooms at $62 apiece.

The following night, however, they were back to pricier lodging, staying at a Hyatt Regency in San Antonio for more than $200 a night.

As with a fraternity road trip, the details are not edifying if looked into too closely. But somebody should have shown better judgment at Lou…

Many unknowns, few answers: No texts retained from troopers' costly Vegas 'side trip'